The words ‘Episode One’ never really fill me with confidence. Since being burned by the Star Wars film of the same name, I am predisposed to treating the moniker with suspicion. Thankfully, the first follow-up to seminal shooter Half-Life 2 goes a long way to curing my cynicism.


The Half-Life franchise is the stuff of PC legend. The original was built on a heavily modified version of the Quake engine, and was arguably the first FPS to marry blasting action with a proper storyline. Featuring one of the best introductions to a game ever conceived, it dropped you into the shoes of a physics scientist, Dr Gordon Freeman (who actually looks just like Wil – ed.), who just happened to be in the wrong place in the wrong time – cue a research disaster and a mission to save the world. 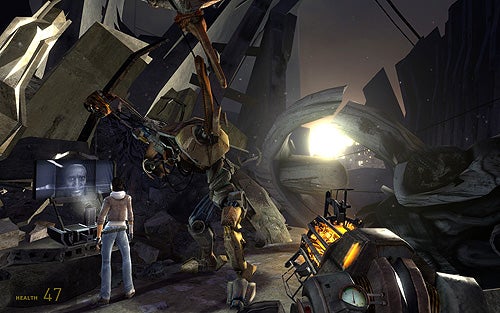 The original Half-Life introduced the G-Man, a mysterious government agent who appeared to possess some pretty awesome power. He brings you out of a ‘retirement’ to start the sequel, released at the end of 2004, in order that you might save the world again. This time, humanity is in the grip of a sinister group called the Combine who have locked down major cities and rule with an iron fist. Combine guards patrol the streets and the ‘Free man’ – pun-tastically, that’s you, by the way – is also a wanted man.


Half-Life 2 ended with Freeman apparently defeating the leader of the Combine, Breen, and destroying the Citadel at the centre of his power. Unfortunately, you also put your pistol-toting-pseudo-girlfriend, a lovely lady called Alyx, in mortal danger. The cliffhanger ending had the G-man appearing from nowhere to apparently whisk you away from impending doom, leaving poor Alyx to a fate unknown.


Half-Life 2: Episode One picks up straight from that point. The introductory sequence shows Alyx being saved by your one-time enemies and now-time friends, the Vortegons. She is reunited with you in the opening moments, but the bad news is that the Citadel is about to blow, big-time – and there’s not enough time for you to get out of there. The answer is obviously to journey back into the city to prevent the mass-destruction of the Citadel, thereby saving yourselves. 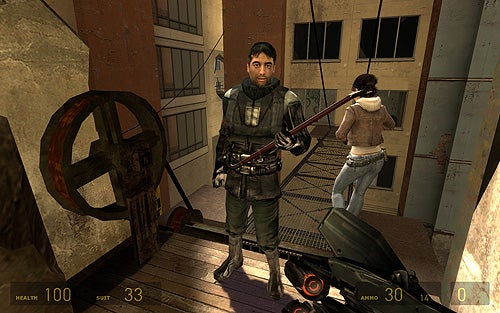 And thus begins the roller-coaster ride that makes up Episode One. First-time players will crack this $20 expansion pack open in around four hours. But is it any good?


The first thing to realise is that Episode One is merely one part of a larger whole. Half-Life 2 entertained us with a varied mission structure and locale – from claustrophobic shooting in a bunker to jet-boating down a lake. The variety kept gamers entertained and always on their toes. In contrast, Episode One can feel more straightforward, with large chunks of the game spent in the same place with the same weapons and the same mission.

It is therefore important to view Episode One as five levels from a larger fifteen-level game, because expecting the same variety and pace as a full game from a shorter Episode will lead to disappointment. Within the context of the Episode, puzzles and gameplay sections can feel overly long and repetitive. Within the context of the three announced Episodes that make up the post-HL2 story arc, we suspect they’re about right. 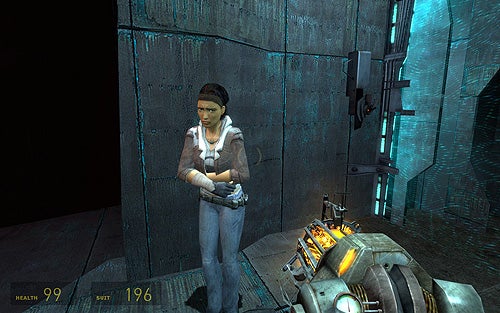 Expectations duly managed, there is some cracking gameplay to be had. For starters, Alyx accompanies you for around 75 per cent of the game, a feature that Valve (the developer) calls ‘single-player co-op’. She is a genuinely useful ally and, more to the point, genuinely well characterised. Valve claims to have spent a lot of time improving its facial animation and this has clearly paid off. Alyx is a fully-formed character who displays anger, fear, amusement, resigned lethargy and more when called upon by the storyline. Acting as narrator in parts, you really get a feeling that you begin to ‘know’ her – character creation worthy of film or TV.


There are stand-out moments in the game that she is crucially involved in. One section has you making your way through the streets of City 17, on the ground, while she covers you with a sniper rifle from several stories up. It works fantastically well, and is a good change of pace. Another part has her paralysed in terror in the dark, desperate for you to fend off an enemy that has surprised her. Yet another has her holding her own against wave after wave of zombies, as the pair of you desperately fight to hold out until a typically-unreliable elevator can whisk you both away from danger. 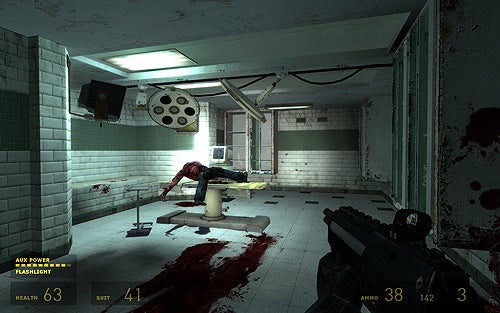 And it’s these moments that really make the game worth playing. The set-pieces, the storyline progression – that’s what makes Episode One worth sticking with. Make sure you keep that thought in your head, because there will certainly be points that make you want to cringe. Spending the first hour of the game with nothing more than the Gravity Gun doesn’t exactly get you into the swing of things, and is right royally frustrating. Spending another hour or so almost in complete and utter darkness is not only dooming for those who value their eyesight, it also feels artificial. Other sections feel uninspired and on rails, with the linear path ahead of you laid out in an ‘Energy Core Shutdown for Dummies’ kind of way. While there were sections like this in Half-Life 2, they were quickly replaced by more interesting gameplay. In Episode One, they stand out because they are proportionally larger – at least until Episode Two arrives.

And the plotline? Well, it’s unfortunate that there’s little of it to be had. Eager fans were awaiting more unravelling of the Breen/Alien mystery, some answers as to the G-Man’s motivations, perhaps even some concrete ‘interaction’ between Gordon and Alyx. These fans will be disappointed (well, unless you count hugs). There are hints, bits and pieces – and crucially, a trailer for Episode Two at the end of the game. Ultimately, though, the game lacks a plotline revelation to inspire and propel forward, which is hard to bear after more than a year of waiting. 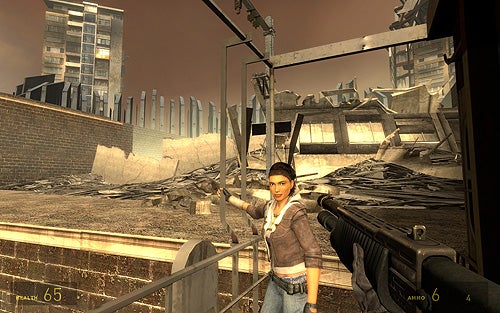 Graphically, the game is rarely short of stunning. Valve has used new high-resolution textures, meaning that buildings and headcrabs alike look better than ever. There’s a higher polygon count and a larger feeling of scale to things. The storm brewing around the top of the Citadel is a constant focal point for your attentions, and boy, it looks pretty neat.


The High Dynamic Range lighting that we first saw in Lost Coast, last year’s tech-demo-come-expansion, makes another appearance here. It has been managed very well, with some sections of the game looking truly spectacular. You’ll want to make use of the screen capture hotkey just to grab yourself some nice new desktop wallpapers. 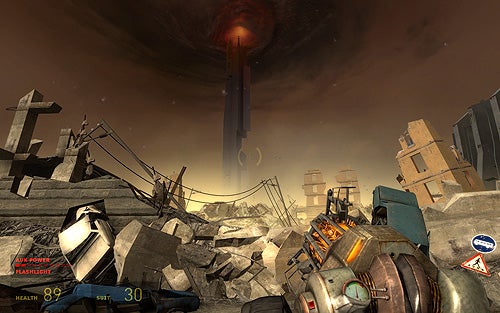 At the other end, Valve has implemented many of the performance optimisations that it made to the engine to get it to work on the Xbox, meaning that those without the latest and greatest in graphics technology don’t have to miss out on good visuals.


Audio is also a major part of the game. The sound effects have been beefed up, with guns sounding meatier than ever, and the ambient sounds of the city around you adding a great deal to the atmosphere. When scrapping around in the dark, audio cues are often all you have, so it’s a good job that they’re done well.


The first Episode in the upcoming trilogy-sequel delivers on some counts but not others. The promise of more plot revelations keeps you eager to play, but ultimately fails to deliver. However, the stand-out moments in the game, and the promise of more to come in Episode Two, is enough to coax most into getting down to business, and those that do stump up the twenty bucks will enjoy what’s there and then go back to salivating over the prospect of the Half-Life yet to come.