What is the GrillBot?

The clue is in the name: GrillBot is a grill-cleaning robot designed to save you elbow grease when clearing up after a barbecue. When the barbecue has cooled down enough, you pop the robot on the grill, close the lid and it skitters around scrubbing for you.

But we found this one-trick pony hugely underwhelming and not worth buying unless you really do barbecue every day of the year. (Hint: if you’re in the UK, that’s probably a no.) GrillBot is a mini autonomous robot. It looks like a cut-down version of a robotic vacuum cleaner. It comes in either black or bright red.

Much like a robo vac, it bimbles around in a chaotic fashion rather than having a pre-plotted course. It moves on three rollers that are covered with stiff brass brushes. You can also buy heavier stainless steel brushes for it, ideal for cast iron grills.

To use GrillBot, your barbecue must be cool or at least have been cooling down for a good 20 minutes or so – an alarm sounds if the grill is too hot (over 120°C) for GrillBot.

A little display indicates battery charge but you should get dozens of cleans out of a single charge, which takes 8 hours. 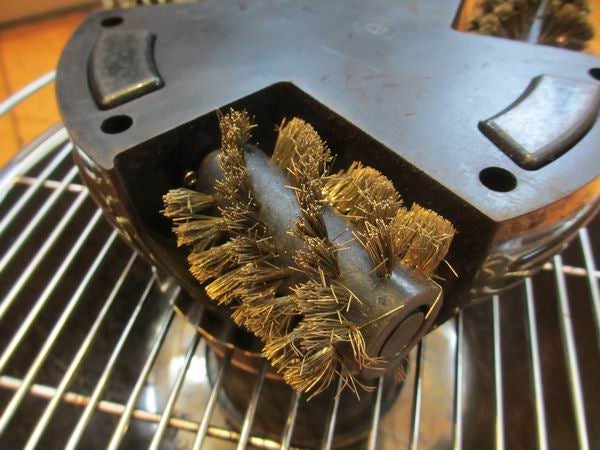 GrillBot’s controls are very simple: you press the button once for a 10-minute clean, twice for a 20-minute clean and three times for 30 minutes. Then there’s a five second pause to give you enough time to close the barbecue lid.

We tried it on a series of barbecue grills and immediately found problems. The first was that your barbecue must have a lid, otherwise GrillBot skitters off over the side, lands on the lawn, gets grass tangled in its brushes and generally looks sorry for itself. Then you have to turn it off, which means holding the button down for 10 seconds – hard to do when your robo pal is going nuts. 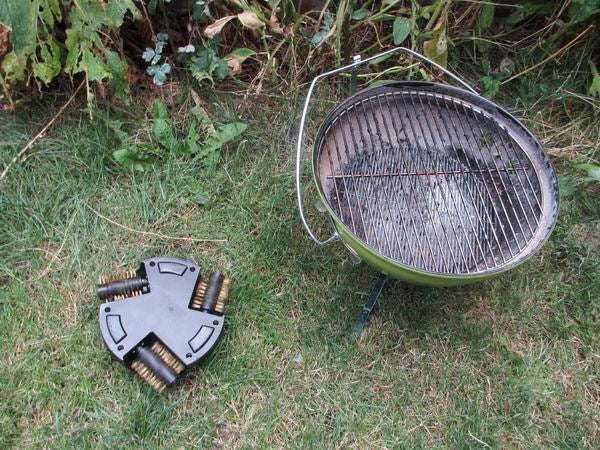 So it’s a problem that not all barbecues have lids. The next problem is that small barbecues tend to have such low lids that there’s not enough space for GrillBot. For example, it wouldn’t fit under the lid of the Weber Smokey Joe Premium.

So it only works on larger, lidded barbecues. And even then, the results aren’t that impressive. Have it scoot around for half an hour and the grill looks about as clean as it would if you’d spent two minutes having a go at it with a metal scouring pad. 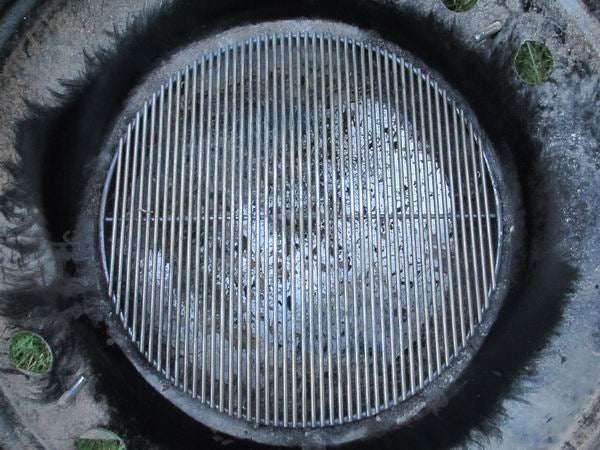 We also cheekily tried GrillBot in the oven to see if it would do a good job on the wire shelves and grill tray. Again the results felt minimal – and of course it only cleans one side, so you’d want to flip them over and repeat.

After use, you pop the robot’s wire brushes off to clean them after use – either with soapy water or in the dishwasher. We found that they cleaned up easily… but then again they hadn’t picked up a huge amount of dirt. 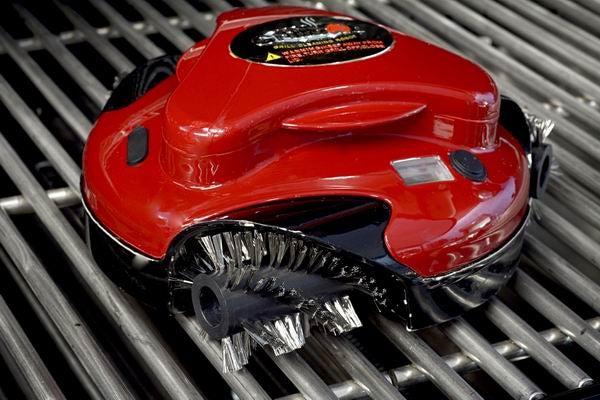 Should I buy the GrillBot?

No, it’s a waste of money, even though you can pick it up online for £99. Half an hour of over-engineered scrubbing and the results weren’t that good. We love a good robotic lawnmower or vacuum cleaner as much as the next technophile, but they save you hours of labour. This doesn’t. If your barbecue needs a clean you’d be better off grabbing the scouring pad.

A total waste of money. GrillBot is a one-trick pony and the trick just isn’t that good.