Remakes really don’t get any stranger than GoldenEye 007: Reloaded. It’s an HD remaster of last year’s Wii reworking of Rare’s classic N64 shooter, but that’s only part of the story. Instead of remaking GoldenEye, Activision and the development team at Eurocom reimagined it, creating a new game only roughly based on the events of the Pierce Brosnan Bond movie, with Daniel Craig providing Bond’s digital likeness, new music, new locations, new dialogue, and – with the exception of Dame Judi Dench – an all-new cast. It even has the Tina Turner theme redone by Nicole Sherzinger, The effect is slightly bizarre, as if you’re playing an adaptation of the movie had it been made after Quantum of Solace and not before Tomorrow Never Dies. Yet it still has something of the feel of the original game and film. All in all, a very odd job. 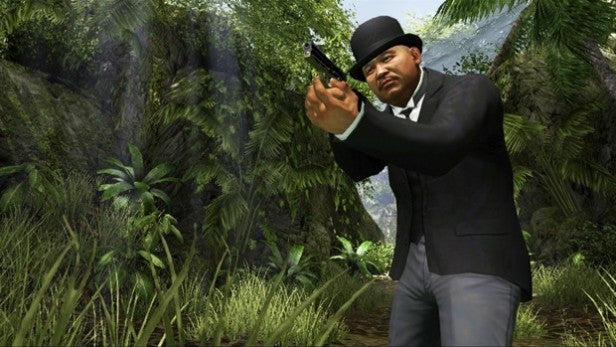 It’s also a bit unsettling that this is visibly a Wii game that’s been given a polish for an Xbox 360/PS3 release. The visual quality differs from level to level – the frozen forests around the Russian base at Severnaya look far more convincing than the stands and hallways of an arms trade fair in Dubai – but there’s always the sense that you’re looking at an early Xbox 360 game, where developers haven’t quite moved on from the block architecture and low-resolution textures of the PS2/Xbox era. Up close, the character models lack any real detail, and while this digital Daniel Craig is oddly more convincing than the rubber-faced horror of last year’s Bloodstone, GoldenEye 007: Reloaded is in every other respect less graphically impressive. Playing on a PS3, it’s hard to believe that this is running on the same hardware as Uncharted 3, Rage or Battlefield 3. 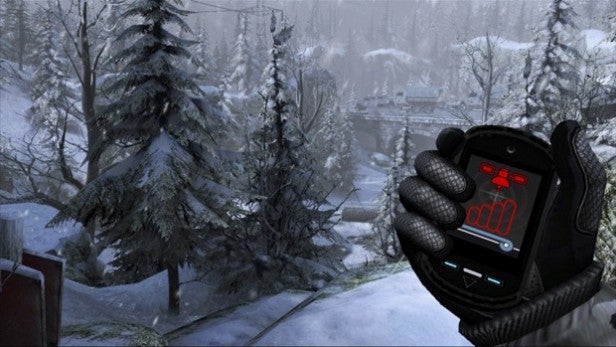 It also needs to be said that the gameplay is dated. Despite nods to cover-based gunplay and stealth, with a nice side-line in creeping and some cheerfully brutal sneak attacks, GoldenEye 007: Reloaded is an old-school run and gun shooter. Enemies are thrown on thick and fast, but show little signs of any intelligence and can quickly be dispatched with one or two shots. While some sections of the game work better if you take the quiet approach, it’s generally best enjoyed as a fast-paced blaster, with a generous auto-aim on the iron sights and fast-recharging health encouraging you to take action-hero risks rather than take it all too seriously. 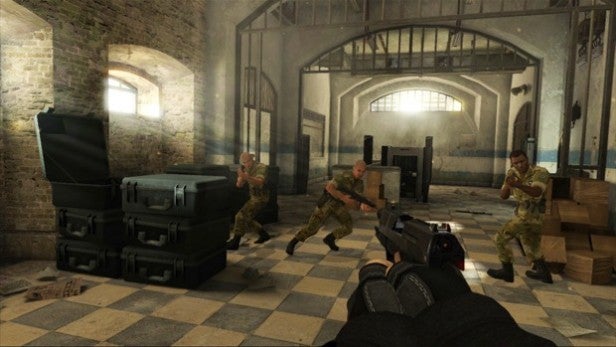 And on this level GoldenEye 007: Reloaded actually works. There’s nothing really amazing or imaginative about the level design, but each one has a nice rhythm of sneaking-blasting-sneaking, with a handful of quick-time-event stunt moments and the odd very lightweight puzzle. Buttons need to be pressed and occasionally networks hacked using Bond’s handy smartphone, and additional objectives on the higher difficulty levels encourage you to move deeper into the levels, just as they did in the original GoldenEye. 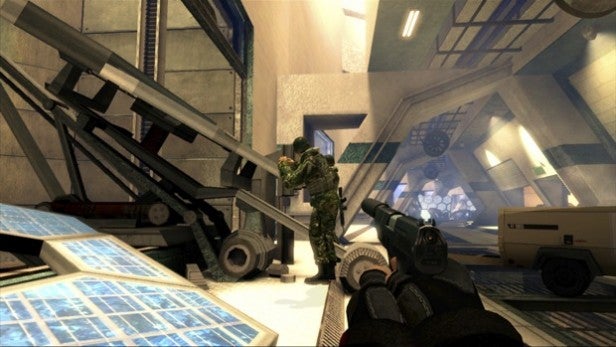 There are some nice situations where you’re pushed to use strategy or
daring to take down snipers or tackle a busy room full of goons, and
some great bits that make you feel like Bond – quick, decisive, a man
who can dish out the damage without making a big fuss. As a
single-player game, GoldenEye 007: Reloaded is short on imagination,
ingenuity and the ‘wow’ factor of a Modern Warfare or Uncharted, but
it’s consistently big on fun, and when you throw in the nostalgia
factor, that’s enough.

Xbox 360 and PS3 owners get one major new feature: a series of MI6 missions that effectively work as a high-score mode, where you can adjust certain modifiers, post completion times to a leaderboard and compare your efforts with your friends. In theory it’s a great idea, but in practice it doesn’t always work quite so well. While the stealth missions, where you have to dispatch so many targets without being seen, are challenging and enjoyable, the offensive and defensive missions suffer from odd pacing and poor AI, with moments where you’re left waiting for more enemies to turn up, only to be hit by another predictable swarm of goons. 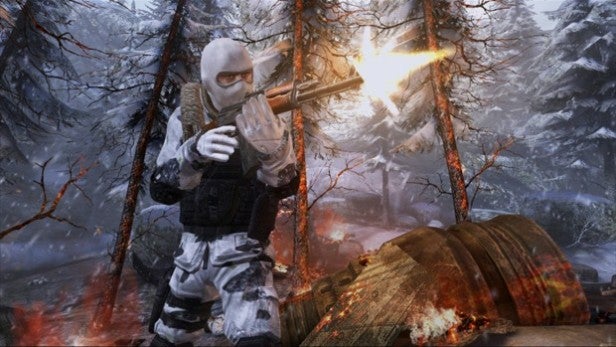 PS3 owners also get the benefit of Move controls. Curiously for a game developed originally for Wii, these don’t actually work exceptionally well. Aiming and moving is fine when you’re shooting from the hip, but start staring down the iron sights and you’ll find the slow movement speed exasperating – and that goes double when you’re trying to use a sniper rifle.

Of course, the bit all GoldenEye aficionados really want to know about is the multiplayer. Well, there’s good news and bad. On the good news front, you can play with four-players in a split-screen mode in the classic GoldenEye style. There are masses of game types, including classic fan favourites such as Golden Gun (one player has the super-weapon, but it’s slow to reload and everyone can see where they are), and you can still play as a selection of classic Bond characters and villains (bearing in mind that the GoldenEye characters are the new ones, not those from the original film). Who doesn’t want to tackle Jaws in the jungle, or blast away at Hugo Drax in a Barcelona disco? Most importantly, when GoldenEye 007: Reloaded is going, and going well, it has that classic GoldenEye feel through and through. 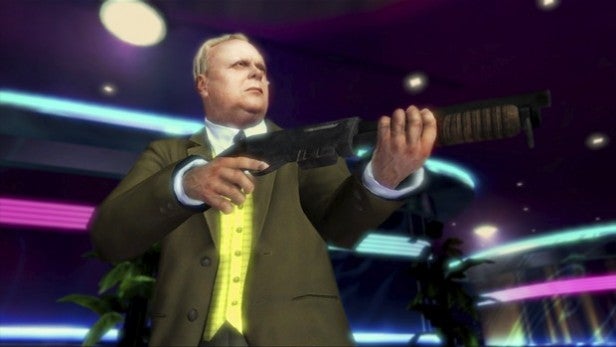 On the bad news front, some of the maps look absolutely horrendous and it can be tricky to find a game online, with network errors when we tried to connect to some matches, and many game types suffering from a dearth of players. Hopefully this situation will change over the coming days – we’ll be coming back to find out. 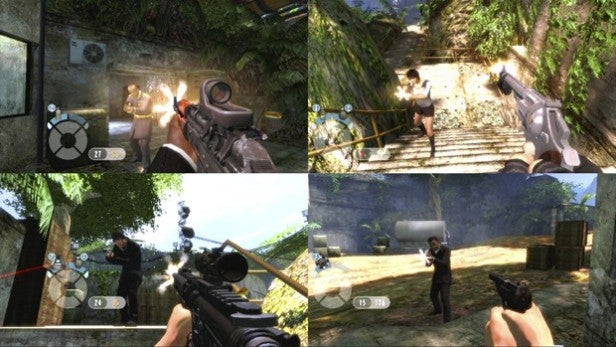 GoldenEye 007: Reloaded is a very, very tricky game to score. On the Wii it had the advantage of being arguably the only decent shooter on the platform. On the Xbox 360 and PS3, where the competition is so much stronger, it comes across as a more average game. Yet there’s something in the games mix of new and old, its harnessing of nostalgia and its sheer’s Bond-osity that makes it feel better than it actually is.

Verdict
Judged purely on its dated graphics and single-player gameplay, GoldenEye 007: Reloaded is a thoroughly average shooter, but it’s fun, well-balanced and nicely paced, and the Bond atmosphere and nostalgia factor elevate it by a notch. Don’t go in expecting the last word in Bond gaming, but if you fancy revisiting past glories you’re sure to have a good time.