On the surface, there’s not a great deal to love about Kratos. He’s a vicious, ruthless, amoral son-of-a-gun who wouldn’t be able to make it to the supermarket without three decapitations and a good half-dozen eviscerations. If he were standing at the bar at your local, you wouldn’t merely give him a wide berth, you’d probably leave the pub altogether for fear that he might spill your lifeblood, just to prevent you even potentially spilling his pint. Frankly, God of War III doesn’t do much to defend Sparta’s reputation. 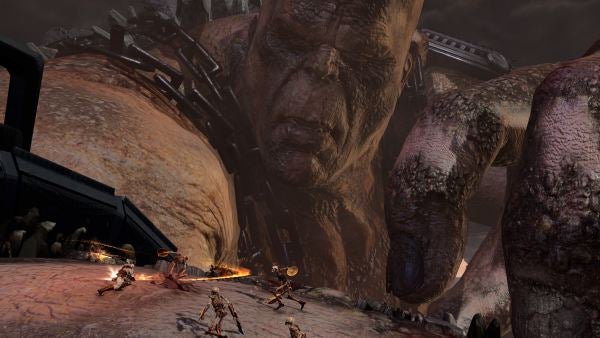 Along with literally thousands of mythical creatures and most surviving members of the Greek pantheon of gods, Kratos is responsible for the deaths of screaming women, panicked men and a sizable proportion of the population of Olympia. Some of these fatalities are portrayed with such a level of gruesome detail that you wonder whether you’re a) supposed to be questioning the bloke’s brutality, or b) just enjoying the sensation of crushing bones and squishing eyeballs. In short, the guy’s a total psycho. 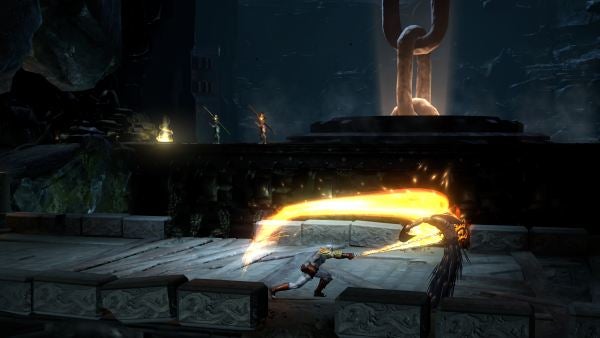 Luckily for Kratos, he’s the star of the finest hack-and-slash action series of all time, and that’s one reputation that God of War III does no harm whatsoever. In fact, it’s the highpoint of the series, using the grunt of PS3 to take the God of War formula to its logical extreme. Basically, everything you love about God of War is here, and it’s bolder and more brutal than anything you’ve seen before.


I thought Sega’s excellent Bayonetta had set a high benchmark for the big set-piece, but God of War III doesn’t so much top that benchmark as destroy it. For most games a series of running battles on a Titan’s back followed by a boss battle against a deity would be the climax, but for this one it’s just a dramatic opener.

Like Uncharted 2, God of War revels in those moments where you think “surely they won’t/can’t do that”, before going and doing exactly what you thought it wouldn’t/couldn’t. I really don’t want to give anything away, but let’s just say that if you want thrilling chases, epic boss battles and block and lever puzzles on a truly monumental scale, then God of War III has your needs covered. Think of the biggest moments in the first two games, then double them, then double them again. Believe me: you’re still only just beginning to get the picture. 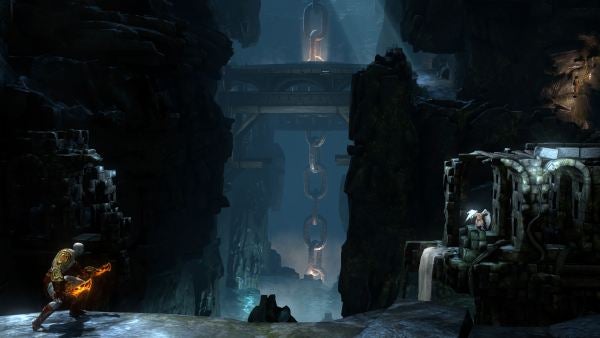 Almost needless to say, it’s visually stunning. On the PS2 God of War did a lot by applying some very clever effects to comparatively basic textures and geometry. Now, with the surfacing and lighting power of PS3 at its disposal, Sony’s Santa Monica studio has pulled a blinder. Kratos now looks as good in gameplay as he does in the cut-scenes, with so much detail on his grim face and battle-scarred torso that he could have walked straight out of a Frank Frazetta book cover.


Environments veer between gloomy underworlds and opulent palaces, with both displaying a mastery of light and shading that makes the game look like the very best sort of fantasy art. Yet, above all else, it’s the sheer brilliance of the production design that impresses. Like its predecessors – and like Bioshock, Batman: Arkham Asylum and Fallout 3 – God of War III delivers a completely convincing and compelling world, populated by a really, really nasty bunch of monsters. Much as I love Devil May Cry 4, much as I love Bayonetta, there’s simply no question that God of War does this better than any other game of its type. 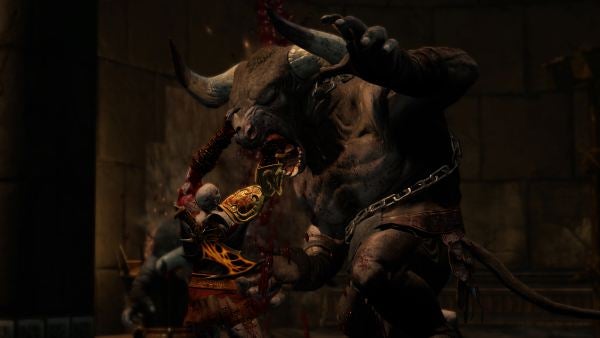 And in the end, the same goes for the actual gameplay. While God of War III’s combat system isn’t as rich or timing dependent as Bayonetta’s or as deep as Devil May Cry’s, it is undeniably more fluid and more satisfying. Maybe the weapons in this instalment stay a little too close to variants on the Blades of Chaos, but each has a solid range of area-clearing attacks and more directed heavy moves, and the time you save in not worrying about blocks, counters and eight-press combos can be better spent on working out tactics to clear one group of baddies, then another.

Some people have God of War down as a button-masher, but the skill is all in isolating the worst threats, mopping up the cannon-fodder and knowing when – just when – to use your various magical powers. Plus, I don’t think any game, even Bayonetta, paces its brawls so perfectly. Considering how repetitive the action in God of War III could be, it’s a tribute to say that it never gets dull for a second. 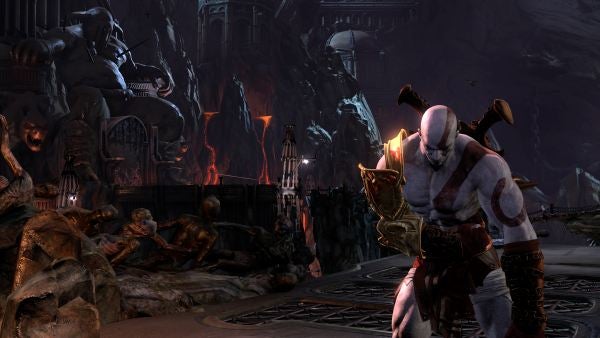 Nor is God of War III short on new toys to play with. Along with old favourites like the Icarus wings and a new variant of the bow, Kratos gets some rather handy running shoes and the world’s most vicious pair of boxing gloves. And why bother with a torch to light your way when you can use the Sun god’s decapitated head? Does a torch scream when you flick the switch? Exactly. How cool is that?


For puzzles, meanwhile, God of War III sees the series at its best. Sure, we’re still talking variants on old block, lever and portal themes, but they’re combined with real invention and a gruesome dose of dark humour. A later section offers a brilliant puzzle that gives Echochrome a lesson or two in how to mess with perspective, while God of War III’s depiction of the Labyrinth is probably the most imaginative I’ve ever seen (though anyone who has seen Cube will guess where the inspiration probably came from). While we all love God of War for its brawn, the threequel is probably the brainiest of the bunch, and has the best platforming and flying sections to boot. 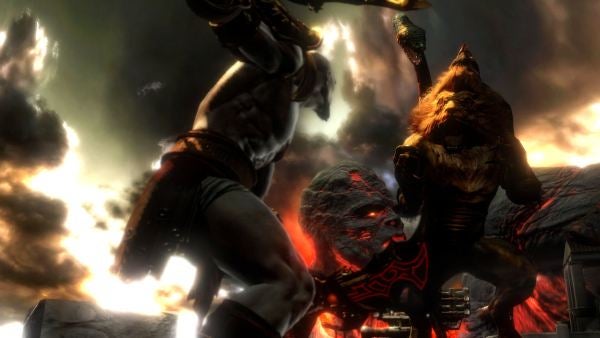 Is there anything not to like? Well, some of the gods and monsters – with the smith god, Hephaustes the worst example – have an unpleasant rubbery look to their skin. And maybe, towards the later stages, a handful of brawls are a little too protracted to be a lot of fun. All in all, though, this is another defining game for PS3 and a triumphant finale to an awesome saga. Kratos, Kratos, Kratos; you might have a name like a bloodthirsty breakfast cereal, but we don’t care. We know we shouldn’t love you, but we do.


Magnificent, mighty and borderline miraculous, God of War III is everything you dreamt a PS3 God of War could be.