The digital camera market is something of a paradox. Digital cameras have been one of the hottest consumer electronic items for the past seven or eight years, and continue to sell by the million over the world. However despite this, many manufacturers are finding it increasingly hard to turn a profit. The problem is that the market is virtually saturated with low-cost, high-performance cameras, and consumers are spoilt for choice. In order to make a sale, manufacturers are cutting prices while at the same time offering new advanced features to temp consumers to upgrade from their existing camera. The profit margin on compact cameras is extremely low, and this is the reason that several big-name brands, including Konica-Minolta, Kyocera and Hewlett Packard have thrown in the towel and withdrawn from the digital camera business altogether. There are a couple of other companies that might well go the same way before much longer. 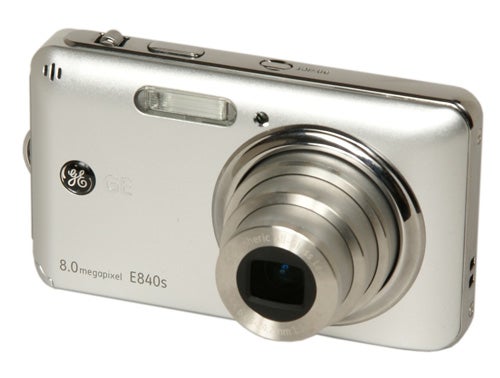 One has to wonder then at the wisdom of American industrial giant General Electric, which has recently chosen to enter the digital camera market and is now selling its small but growing range of cameras in Europe.


Under its new General Imaging brand, GE has launched a total of six cameras in three basic body configurations, ranging from the £60 A735, a 7-megapixel 3x zoom model running on two AA batteries, to the £139 E1235, which has a 12-megapixel sensor and Li-ion rechargeable battery. Apart from the size of the sensor, the zoom range and the power source, all six cameras have basically the same set of features, so today I’m taking a look at the 8-megapixe, 4x zoom E840s, which at £109 is the second most expensive model. As you can probably tell from those prices, they’re not exactly competing with the likes of the Canon IXUS or Nikon S-series cameras. There is a more sophisticated model, the 10-megapixel touch-screen E1050, due out in June provisionally priced at £149, but for now GE seems happy to enter at the lower end of the market. 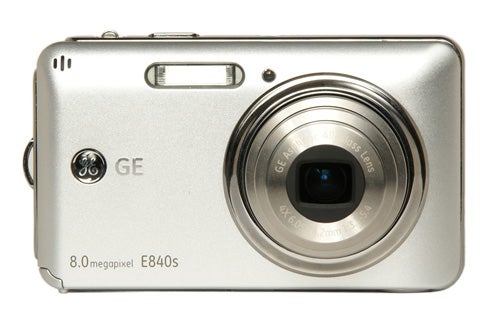 The initial impression of the E840s is certainly favourable. Despite its low price the camera is well designed and solidly made. It has an all-aluminium body finished in an attractive semi-matte and available in a range of colours including black, red, blue, silver or white (depending on territory). The overall design of the camera is very slim with rounded-off corners, somewhat resembling Casio’s EX-S series. It measures 95.7 x 58.5 x 23.5mm (not 19.6mm as the spec sheet in the manual claims) and weighs just 95g minus card and battery, so it will slip easily, as these things so often do, into a shirt pocket or handbag.

General Electric is very much an American company, but its General Imaging branded cameras are made in China to Japanese designs. Not that this is in any way a bad thing; most of our consumer electronics including the vast majority of digital cameras are made in China’s ever-growing number of high-tech manufacturing plants. Most of the other camera manufacturers follow this same highly successful Japanese design/Chinese manufacture business model; it’s the main reason why we can buy such amazingly high-tech devices so cheaply. 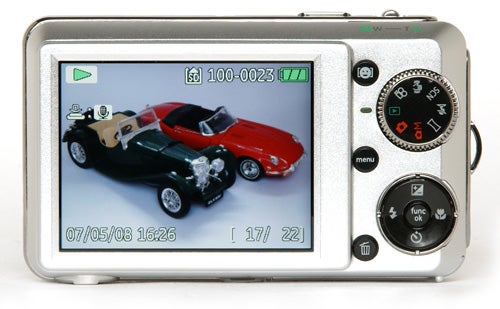 The range of features that the E840s has to offer is a bit generic, but not at all bad for the price. It has an 8.0-megapixel 1/2.5-inch CCD sensor, a 4x zoom f/3.4 – f/5.8 lens equivalent to 37-148mm, and a 2.7-inch 230k resolution LCD monitor. It has the usual three metering options (Matrix, centre-weighted or spot), a limited range of colour options, and 12 scene modes, again covering all the usual situations. It does have face detection, and also smile detection, something which Sony is still advertising as a unique feature. Both of these features appear to work tolerably well.


The E840s is equipped with electronic image stabilisation, which is applied in combination with boosted ISO to reduce camera shake in low light situations. It works pretty well, producing sharp images at shutter speeds as low as 1/30th of a second, but as usual it’s no substitute for a proper optical stabilisation system.


The control interface is also fairly generic, but again this is not really a bad thing, since it is often-used design ideas that tend to work best. Main mode selection is via a large eight-position dial which is positioned so that it also serves as a thumb-rest. It is easy enough to operate, but it is also quite easy to jog it accidentally. Below this is a D-pad with a central function menu button. Again, this isn’t a new idea, but it is well executed and easy to use. The D-pad also carries exposure compensation, flash mode, macro mode and self-timer controls. 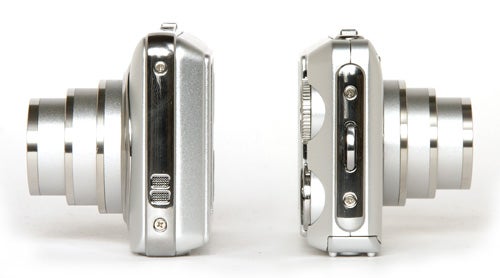 The on-screen menus and the various status icons on the display are shared across all six models, but look as though they were designed for a much lower-resolution screen. They are clear enough to read but they do have some untidy-looking jagged edges.


My only major criticism with the control interface is the zoom lever, which on the E840s consists of a small, fiddly and seemingly quite flimsy rocker switch on the top plate. Other than that everything works as it should and the camera is easy and even pleasant to use.

The E840s’s general performance is also pretty good for such a cheap camera. It starts up in approximately two and a half seconds, which is perfectly reasonable, and shuts down again in about the same. Shot-to-shot cycle time in single-shot mode and maximum image quality is rather slow at approximately four seconds. In continuous shooting mode it can maintain a speed of well over a shot a second, which is pretty impressive, but it doesn’t focus between shots, so its usefulness for moving subjects is limited. 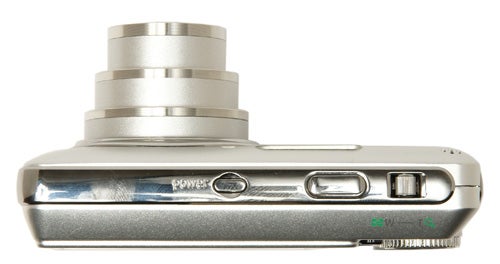 A limiting factor on the camera’s performance is the autofocus system, which is a little on the slow side, especially at longer zoom settings. Its low-light performance is surprisingly good though, and it is able to focus in the dark with reasonable reliability thanks to a good AF assist lamp with a range of about three metres.


So far the E840s is looking pretty good, especially considering its price, but unfortunately the camera does have one major annoyance. It has the worst shutter lag I’ve seen on a digital camera in several years. When you press the shutter button to take a picture, the camera focuses and then the monitor screen goes blank for about a second before the shot is taken, and stays blank for about another second and a half before the image preview appears. This is particularly annoying if you’re trying to frame a moving subject. Oddly it only does this in single-shot mode, so the best option for action shots is to use continuous mode but only take one shot.


Perhaps the most surprising thing about the E840s is the image quality, which is much better than I had anticipated. It’s not really in the same league as some of the other compacts we’ve looked at lately, but then it costs half as much, and for a cheap camera it is really quite good. The lens produces some barrel distortion at wide-angle, but no worse than the £220 Nikon S600 I reviewed earlier this week, and while the overall image lacks a certain sharpness it is at least consistent from corner to corner. There is a little chromatic aberration towards the edges of the frame, but not enough to cause a problem in most circumstances.


Exposure metering is generally good, although it does have a tendency to burn out highlights in favour of shadow detail, mostly to compensate for the limited dynamic range of the small sensor. Colour rendition is also generally good, although again strong highlight colours such as bright reds and yellows tend to lack detail. Noise control is surprisingly good, and although there is some noise visible in shots as low as 200 ISO, photos are still quite printable at 800 ISO. I have seen much more expensive cameras produce worse results. 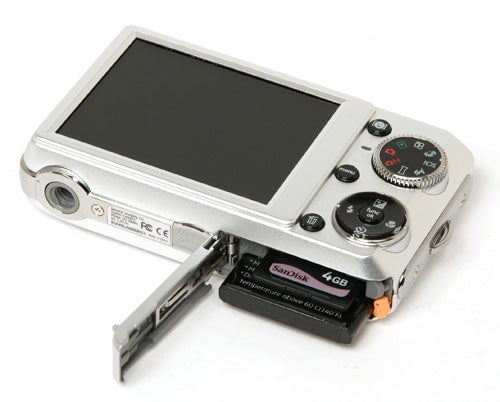 Considering its exceptionally low cost, the General Electric E840s is a much better camera than I had expected. It’s not without a couple of flaws, but its design, build quality, handling, performance and results are far from disappointing, and a fair match for similarly priced cameras from Casio, Pentax and Fujifilm. The only question is whether or not it is good enough to make an impact in an already overcrowded market. 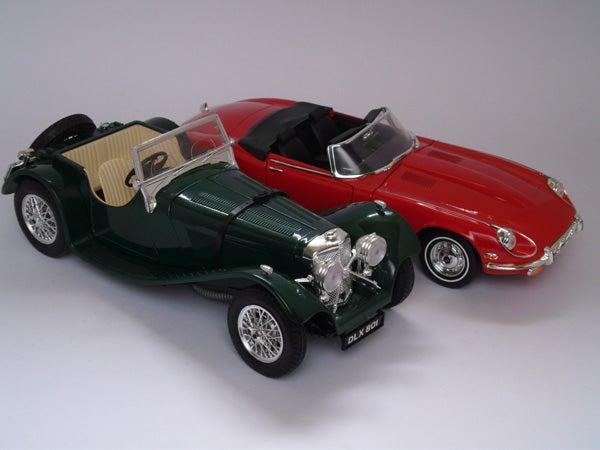 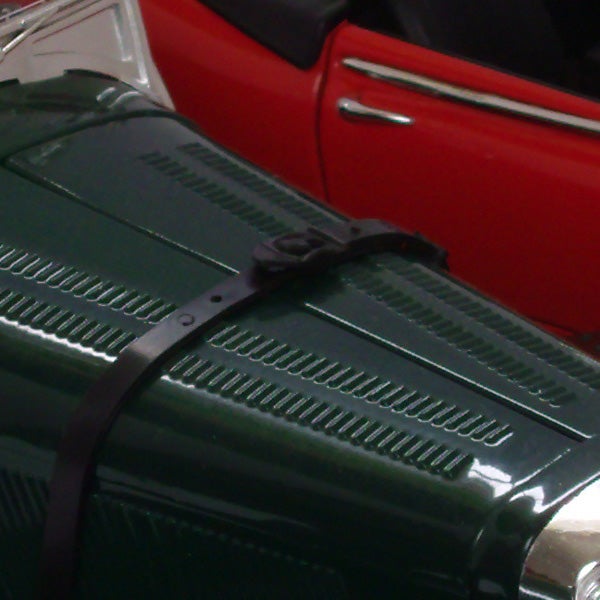 At 80 ISO the image quality is pretty good, with no real noise problems. 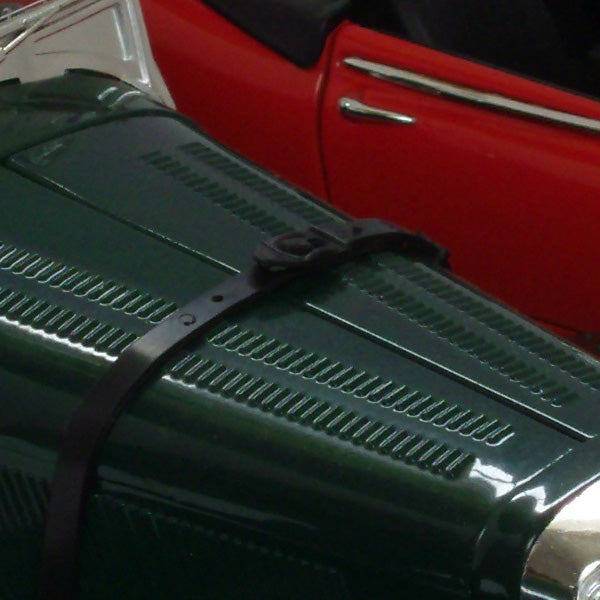 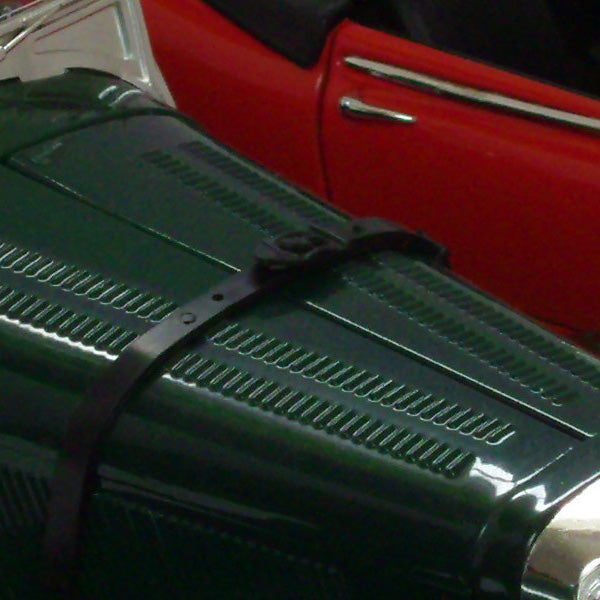 At 200 ISO there are already signs of image noise, but the picture is still quite printable. 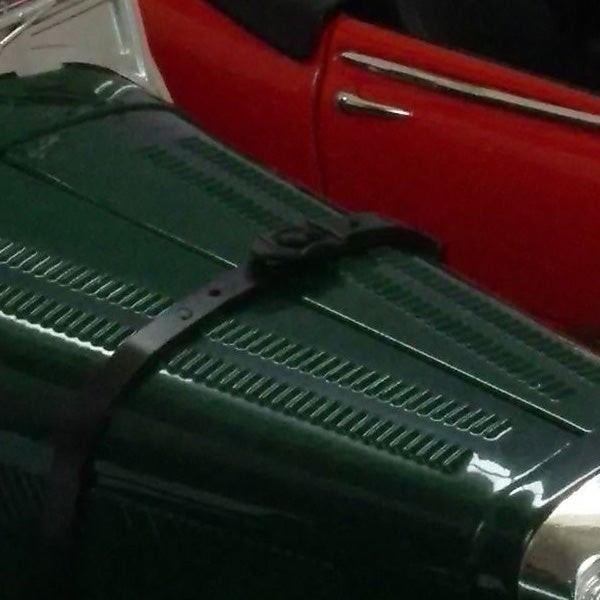 Noise reduction at 400 ISO has worked quite well. There is less fine detail, but also less noise. 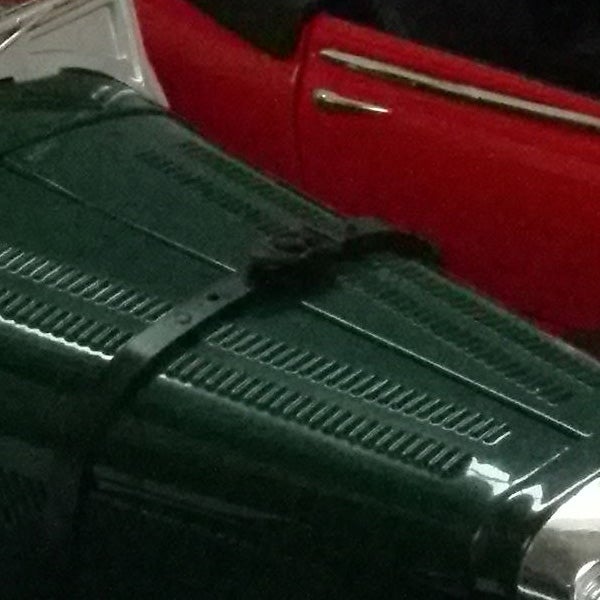 At 800 ISO there is some colour distortion. That strap is supposed to be black. 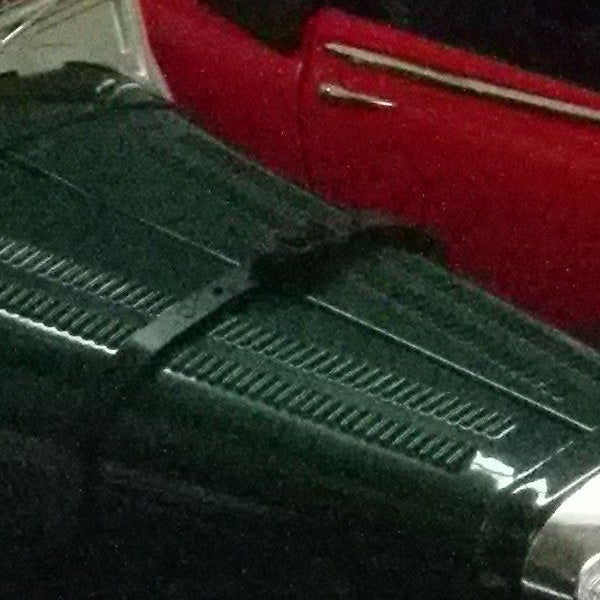 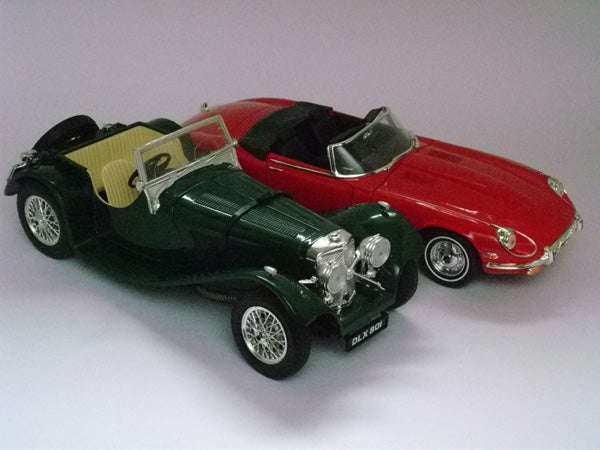 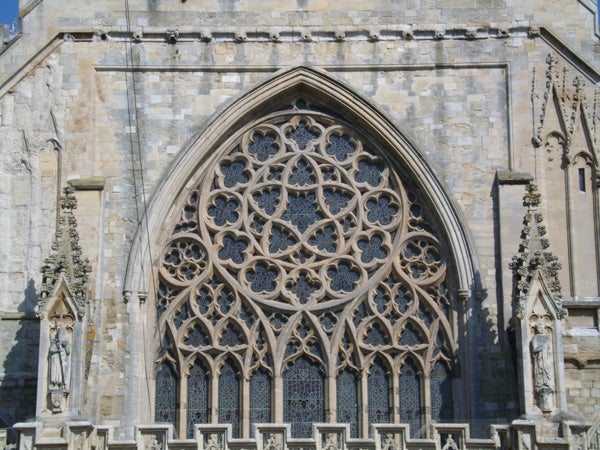 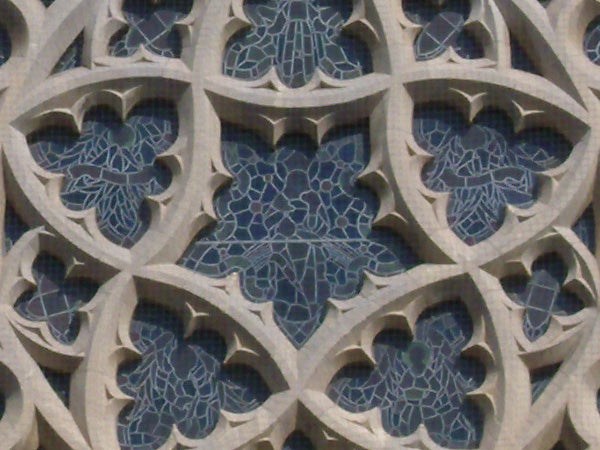 The overall level of detail is pretty low for an 8.0-megapixel camera, and lacking in sharpness. 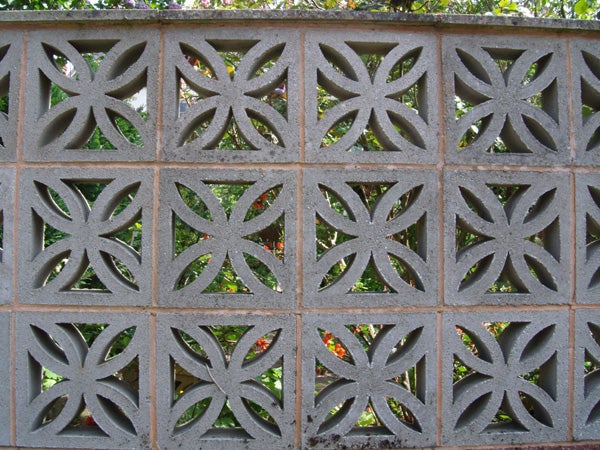 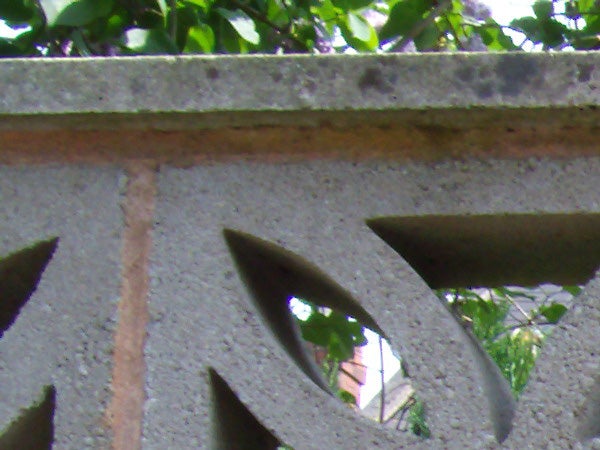 Edge sharpness is about the same as the centre…

Centre sharpness is not good. 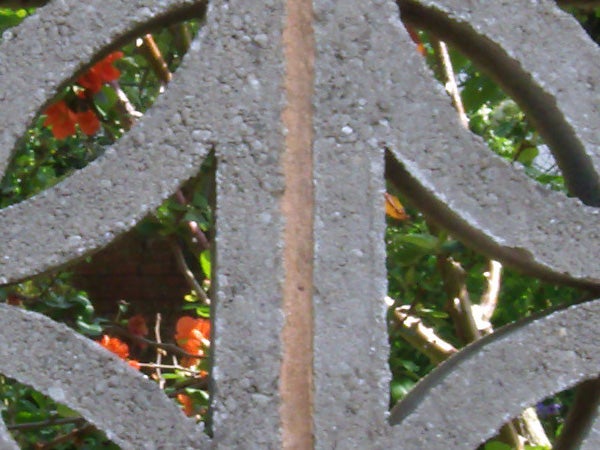 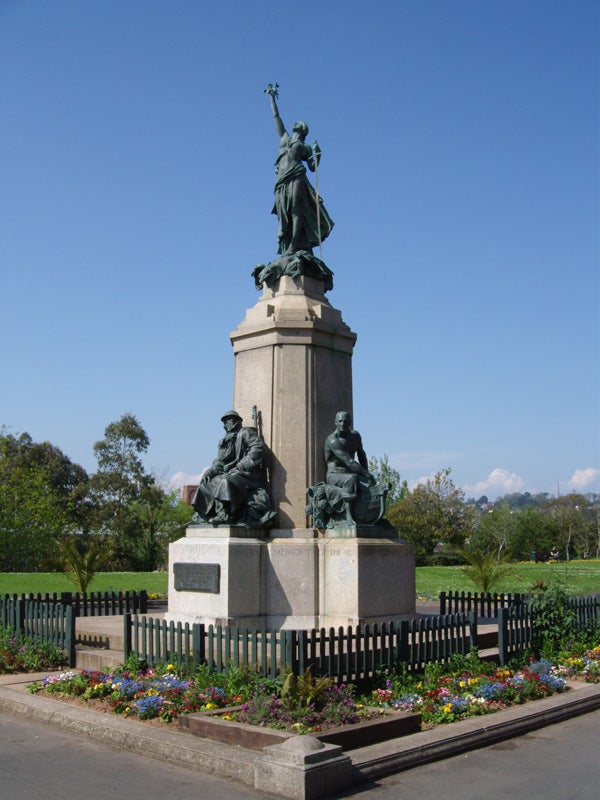 The wide angle end of the zoom is equivalent to 37mm, not really wide enough for panoramic landscapes. 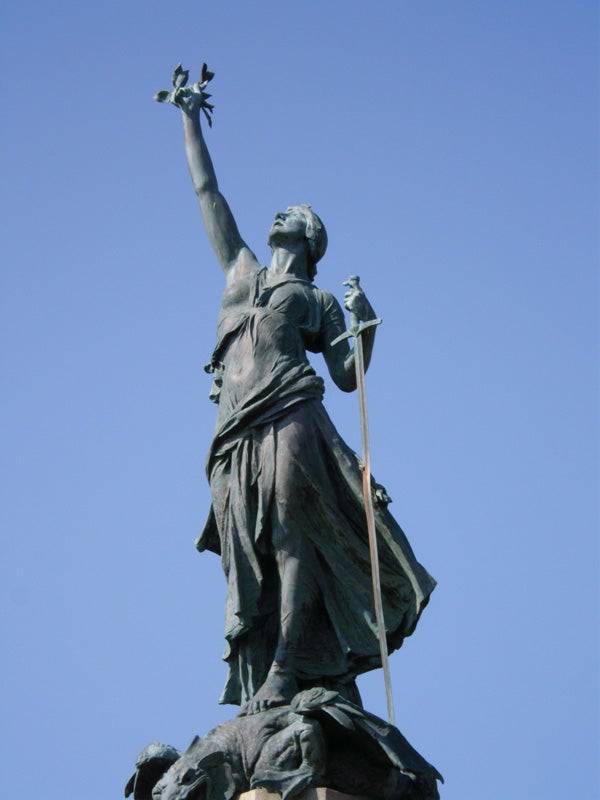 The telephoto end is equivalent to 148mm, better than average for zooming in on details. 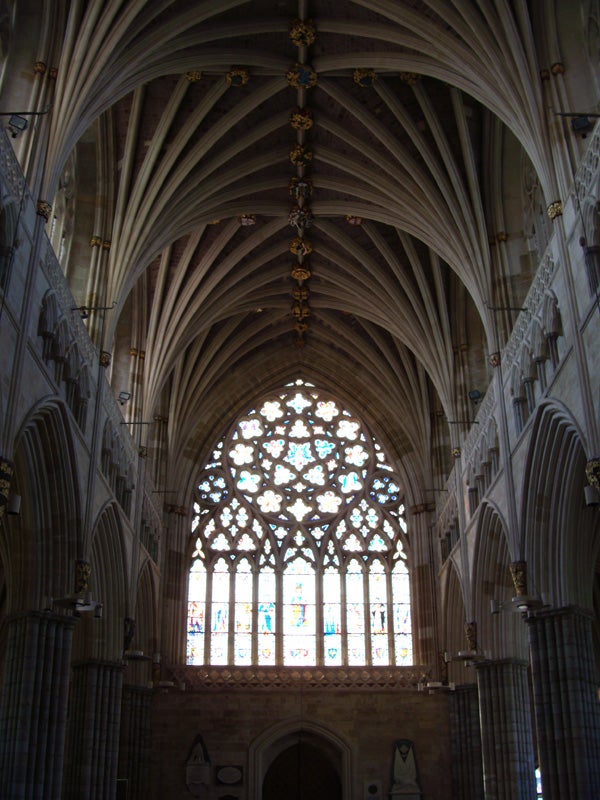 The exposure meter tends to burn out highlights in favour of shadow detail. Dynamic range is rather limited too.