Gear4 certainly looks to be cashing in on the victory of Blu-ray. Either that or it’s simply too cool to say BlueStream, which, as the BluStream RX is based on Bluetooth technology, wouldn’t seem too far-fetched. Though to be truly elite, it would have to go with BluStreem, but perhaps that’s a bit too Xtreem.


So what does the BluStream RX actually do? Well, as the name suggests, it streams sound from a source to a destination using Bluetooth. That might not sound very exciting, until you think about the potential. What it means is that the following is a plausible scenario: you’re listening to your MP3 collection on your Bluetooth-enabled phone on the way home from work. You arrive at your pad, where you have your £2000 stereo system set up (like the KEF KIT160 2.1-Channel Home Cinema System). Are you going to continue using your headphones, no matter how good they are? If you’re lucky enough to have a significant other – whether housemate, pet or wife – who is not bothered by these things, the answer is almost definitely a resounding no. 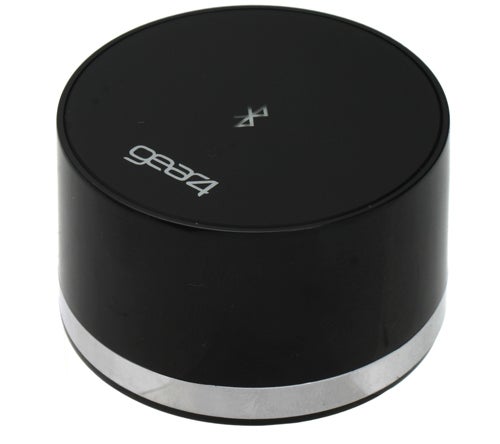 In which case, you would usually have to go and find an extra cable and – shock, horror – actually physically plug it in. Which would just be ”so” 2001. Instead, you could switch the Gear4 BluStream RX Bluetooth receiver on and hey presto, you can continue carrying your phone around with you, while listening to its tunes in room-filling glory. Or at least, that’s the theory. We’re here to find out how well this works in practice.


First impressions are very good indeed. Once you get rid of the neat cardboard box, and the cheap but easy-to-open transparent plastic packaging inside, you are greeted by an anything-but-cheap looking base station. As a matter of fact, I would have to say that the BluStream RX Bluetooth receiver is one of the most appealing bits of kit I have seen in quite some time. 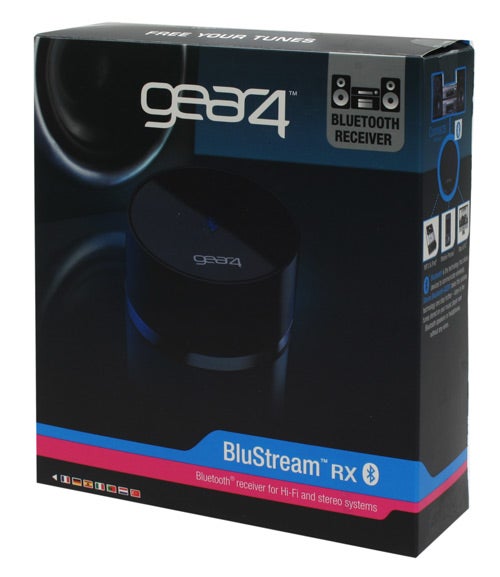 It comes with a manual in multiple languages, several cables including 3.5mm and RCA audio, and a lovely USB AC adapter with both Euro and UK plugs. That latter really is a nice bonus, since USB chargers often set you back ten quid or more by themselves.


Getting back to the actual ‘puck’ BluStream RX receiver itself, did I mention it’s rather gorgeous? It’s also tiny, at about two-thirds the size of a real puck, or half of a mouse. Gear4 has done an exemplary job on the stylish, piano-black finish, and on the top has embedded a single, touch sensitive back-lit button. All of this is off-set by a metallic ring near the bottom, and rests on a rubberised, weighted base.


The overall effect is one of effortless class. It’s just a pity that the perfectly clean lines are spoiled somewhat by the unavoidable power and audio cables, but gear4 is to be commended for running both through a single connection. This custom cable splits into two separate ones further along, giving added placement flexibility.

Getting down to actual use, the BluStream RX is a dream to set up. All you need is a Bluetooth-enabled source, a power socket, and an output like a Hi-Fi system or headphones, and you’re good to go. For iPods which aren’t Bluetooth-enabled, Gear4 offers a BluStream TX Bluetooth transmitter dongle (unfortunately this is shaped to support iPods only, but I’m guessing it could be modified into working with other devices – check before you buy).


Thanks to the BluStream RX only having one button, it’s equally easy to use. Once everything’s plugged in, just press the top of the device, and after turning on the little Bluetooth logo in its centre will start to flicker blue and red. The device is now in pairing mode, so just do a quick search from your phone or other Bluetooth device and it should detect Gear4’s diminutive beauty. 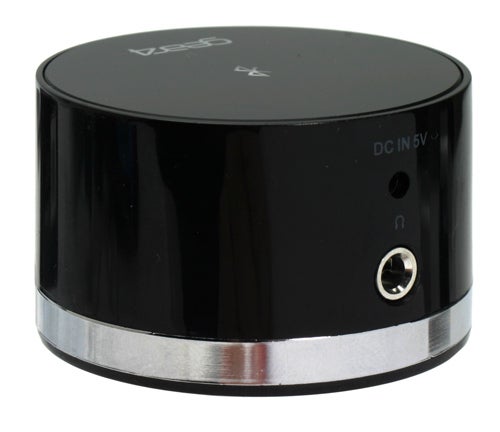 Now you’re all hooked up and ready to go, and the LED should have settled into a steady, calm blue flicker. To turn it off, simply press the same button again, then proceed to wiping the top gently with a lint-free cloth, which is the only notable omission in Gear4’s otherwise complete package. Though in all fairness, fingerprints are not as easy to spot as on some devices, but they can become aparent in certain lighting conditions. Personally, I think this is a small price to pay for the stunning design, but it is something to keep in mind.


The BluStream RX worked with every device we threw at it, and provided a level of audio quality that seems comparable with other Bluetooth audio receivers. Perhaps not ideal for the discerning audiophile, but for the tech-savvy, style conscious consumer who wants an easy, convenient solution to their Bluetooth audio needs, it might be just the thing.


Also, the BluStream RX can remember seven different signatures (meaning your friend’s tunes can gain freedom too, when they come to your house), in priority order of pairing, and works with anything from Bluetooth V1.2 up. 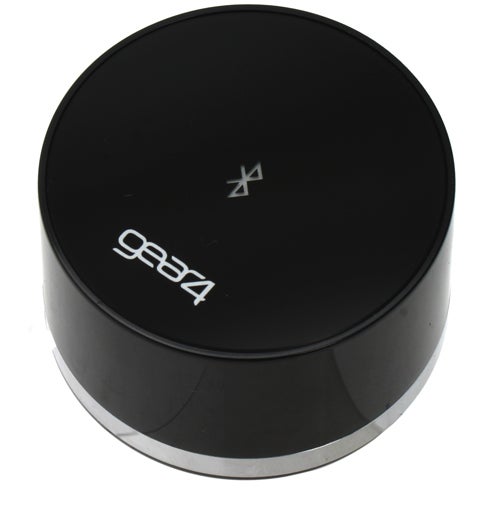 
‘Free your tunes’ it states on the Gear4 BluStream RX’s box. And since it makes it this easy, we certainly aren’t inclined to argue. Especially as it looks so gorgeous doing it (pictures don’t do it justice). The one caveat is the slightly high asking price, but then looks like these rarely come cheap.