Garmin’s Oregon outdoor GPS devices pack in a host of features, but they pack hefty price tags as well. If you don’t fancy paying over £300 for digital hiking assistance, Garmin has another option which also includes a touchscreen and supports Ordnance Survey maps, but costs less than £200. It’s called the Dakota, and this week we’re looking at the current flagship, the Dakota 20.


The main reason why the Dakota 20 is cheaper than any current Oregons is its smaller, lower resolution display. This is 2.6in diagonally rather than 3in, and the resolution is 160 x 240 pixels rather than 240 x 400. This makes the device considerably smaller, and it weighs in at under 149g rather than 193g.


But the Dakota 20 is equally rugged. It has the same robust build, and is also accredited to be waterproof to IPX7 standards. This means it can withstand half an hour submerged under a metre of water, although there’s no guarantee about whether it will survive a fall. Also, like the Oregon 550t, the Dakota 20’s digital compass is three-way, so it displays directions correctly no matter how you orient the device.


As standard, the Dakota 20 comes with a very basic world map, which only includes a few major roads and isn’t topographic. So adding an extra map will be essential if you want to use it as more than just a posh digital compass. As stated before, Garmin’s Ordnance Survey-based GB Discoverer maps are supported, and there’s a microSD slot hidden under the batteries. 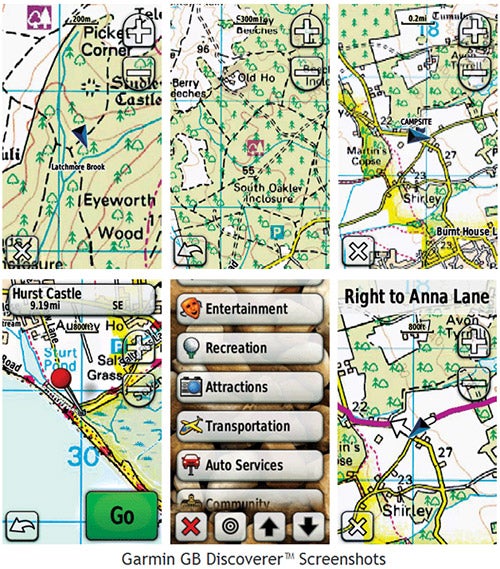 You can also upload maps to the devices on-board memory, of which 850MB is free. However, the USB port is only version 1.1, so will be slower when transferring data than the Oregon’s USB 2.0 interface. We also found the Dakota a bit more sluggish zooming and scrolling these bitmap-based maps than the Oregons we’ve tested, whilst the lower resolution made it noticeably harder to get an overall idea of the surrounding terrain.


The usual range of destination options are available, though. You can navigate to waypoints, tracks you’ve recorded during previous trips, coordinates, and addresses. The latter can either be via the traditional city-street-number input process or you can enter a postcode, but not a full seven-digit UK one, just the initial group and first number of the second group. You can choose to navigate via roads with maps that support this feature. So although the Dakota 20 would not make a particularly good in-car sat-nav, it shouldn’t take you down any dead ends when on foot. The Active Route option provides turn-by-turn directions to help you along your way as well.

Another feature available with the appropriate maps is the ability to navigate to a Point of Interest. Garmin’s GB Discover maps contain a POI database, depending on the specific map. So you can find nearby restaurants, shops, and other facilities, although you aren’t given the option to search near another location. 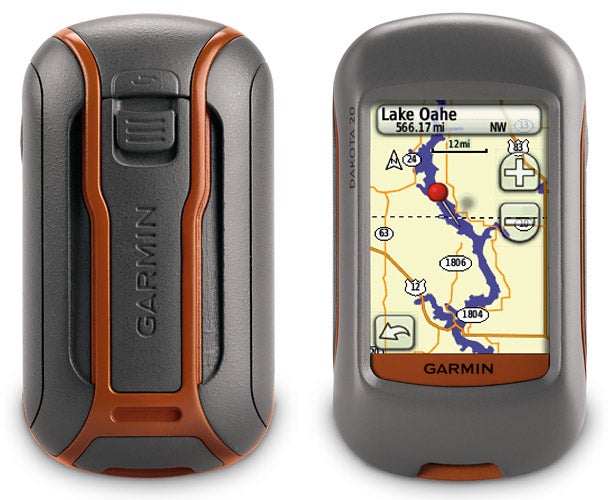 There’s also a route planner that enables you to put together multiple waypoints, which will be particularly useful when planning a hiking trip intended to take in specific sightseeing spots. There’s a wireless link, too, so you can send and receive waypoints, tracks, routes and geocaches between the Dakota and similarly equipped Garmin Oregon and Colorado devices. However, as the Dakota doesn’t have a picture viewer it can’t navigate to geotagged images.


Most of the software widgets available in the Oregon are still available. There’s an applet telling you when the sun and moon rise and set on a particular day, and the best times for hunting and fishing based on animal feeding periods. The Trip Computer includes useful information such as average speed for your journey and distance travelled. 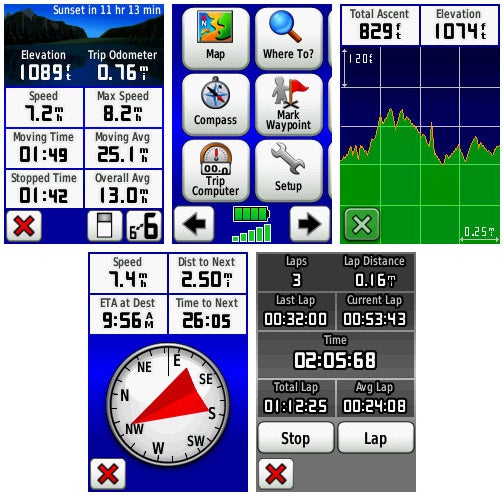 There’s a calculator, a stopwatch, and even an alarm clock. The area calculator prompts you to walk round the perimeter of a space, and then works out how large it is. If you’re on a boat and someone falls out, you can quickly call up the Dakota 20’s Man Overboard function. This marks the current location then immediately tries to navigate you back towards it. However, the 3D view found in the 550t is absent.


Also absent is the ability to install and play Whereigo software cartridges, so the Dakota isn’t quite as ready for alternate reality gaming. But you can download Geocaches and set these as destinations, making this GPS-powered hunt for hidden stashes an option.

Like the Oregons, the Dakota 20 relies on a pair of AA batteries for power, although it doesn’t come with rechargeable cells like the 550t. With more miserly hardware, it also lasts a bit longer per set of batteries. Garmin claims a 20-hour life, which should be enough for two or three days of daytime use. The box contents are more miserly, however. Unlike the Oregons, the Dakota 20 doesn’t bundle a heavy duty karabiner, but only includes a lanyard for wearing the device around your neck. The spine is still available, though, so you can fit the same karabiner as an optional extra. 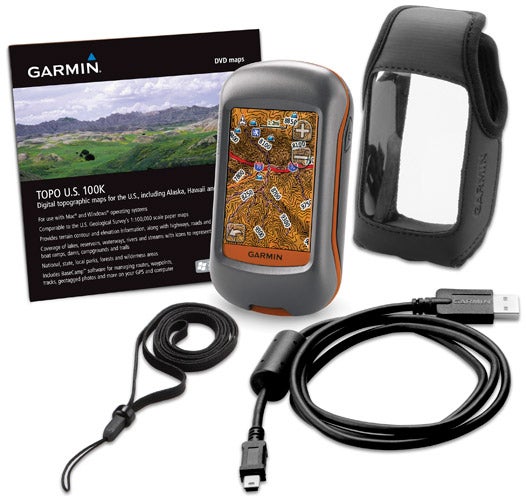 The Dakota 20 performed as expected during testing. It did occasionally take a while to get an initial GPS lock when powered up in an occluded spot, such as within dense woodland. In our very subjective testing, the time taken was longer than with the Oregon 550t. But once it knew the location it kept good track of where we were. As we noted in our review of the Oregon 550t, the transflective touchscreen has extremely poor viewing angles and is relatively dark. But the three-way compass means you can hold the device for optimal viewing and still get accurate bearings.


The Garmin Dakota 20 provides most of the key features of the Oregon 550t for two thirds of the price. If you want the facility to use Ordnance Survey maps electronically in a device costing less than £200, the Dakota delivers on its promise. However, the smaller screen and slower map performance do put it behind the Oregon range, so for those with a bigger budget the Oregon is still our preferred outdoor option.