Which is the more annoying when using mobile navigation software? Hearing the word ‘please’ before every single instruction, or having the location arrow occasionally, and for no apparent reason, decide to place you parallel to, rather than actually on, the road you are travelling along? Don’t worry, you don’t have to choose – with Fujitsu Siemens Pocket LOOX N520 you get the chance to have both.


Actually, maybe that’s unfair. The ‘parallel error’ glitch may well be fixed by the time the Pocket LOOX N520 gets into the shops, but I doubt very much that the very nicely spoken lady who lives inside the device will have stopped being so polite. Nor, I suspect, will she give up saying ‘one miles’. These are the things that irritate those of us who get to see many navigation solutions. 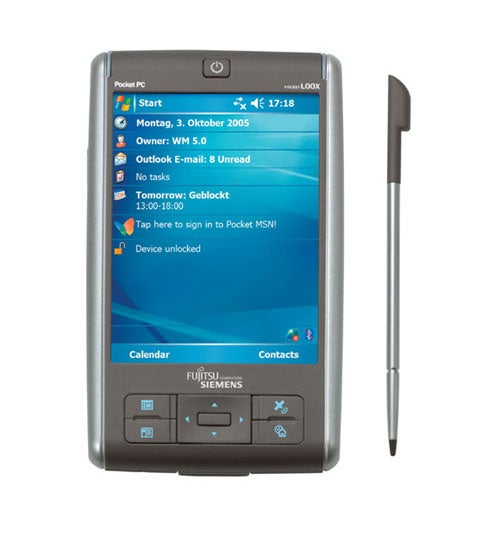 And it’s a pity that my attention is drawn by these minutiae, because Fujitsu Siemens is one of my favourite PDA makers, producing hardware with a likeable mix of design style and features. By and large, the company has performed to its usual high standard with the Pocket LOOX N520.


The Pocket LOOX N520 is small and light at 160g with dimensions of 116 x 71 x 14mm. It’s styled in the same slate grey and silver that followers of the LOOX line will recognise and also continues that line’s use of rectangular shortcut buttons and navigation keys.


Not only do these look nice in themselves, but they’re different from the crowd, and have a rather nice blue light behind the icons.


But the main design feature as far as this particular PDA is concerned is the way the SiRFStar III GPS antenna is buried within the casing. With no hinged antenna to swivel out as required, the back of this casing can be smooth and almost flat. There’s a connector for an external antenna should you need one, and some of the back casing can be removed so you can get at the battery to swap in a spare if you splash out on one.

specifications. This is a Windows Mobile 5.0 driven PDA supplied with 128MB of flash ROM. The headline figure looks good, but after installing the navigation software and a soft reset I was left with 85MB of this in total and 68.5MB available to me, the rest having been snapped up already. The good news is that whatever you put in this space will stay there till you remove it. As it’s flash memory, even if you let the battery run right down, it’ll remain intact. There’s more good news in the fact that the 256MB SD card on which the navigation software is supplied has 113MB of its space going spare.


Out of curiosity I did a battery rundown test and got seven hours 43 minutes of life looping music and with the screen forced to stay on. You can set the Intel PXA 270 312MHz processor to run at three speed ratings or in automatic mode – which changes the processor speed as the system requires. The faster the processor goes the faster you’ll run the battery down. I did all my testing in ‘automatic’ mode, and while applications were a bit slow to start running, generally they were OK afterwards.


The LOOX N520 supports USB host, which is far from ubiquitous on PDAs, but Fujitsu Siemens doesn’t provide an appropriate cable. I’m never sure why a PDA user would want to attach USB devices, but if you want to, you are but a cable away. It also sports the faster 802.11g Wi-Fi standard, a real rarity on a PDA. Bluetooth isn’t present however. 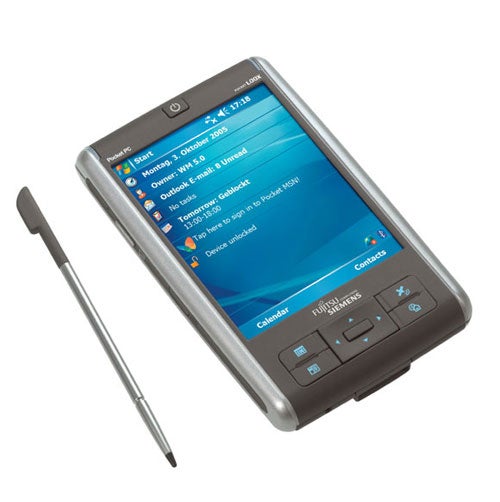 There are actually two handhelds in this range, with the N500 lacking Wi-Fi and offering only 64MB of built in memory, but coming in at a cheaper £316 (inc VAT).


Fujitsu Siemens adds a fair bit of utility software to this Pocket LOOX. The highlights are a screen and button lock activated by tapping an icon on the Today screen, a replacement for the Windows Mobile voice recorder, a tool called AudioPath which bizarrely lets you send sound to headphones and speaker at the same time, and the extremely useful FSC SpeedMenu.


Also, Navigon Mobile Navigator 5 comes with maps of the UK and Ireland, and every time you run it, you need to tell it what map you want to use. It really should be able to just remember what you used last time, and take a punt that you’ll want the same map again.


Once it is up and running, though, these user interface issues disappear. The on screen map graphics are clear and there are trappable icons enabling you to do things like switch between 2D and 3D views, manually zoom, even drag the map around so you can see more of it.


The navigation engine did a good job with our test journeys, and those ‘pleases’ aside, spoken instructions were very clear. They often include the number of the road you are going to join, which is a great help as you can check this on road signs to be certain you are doing the right thing. 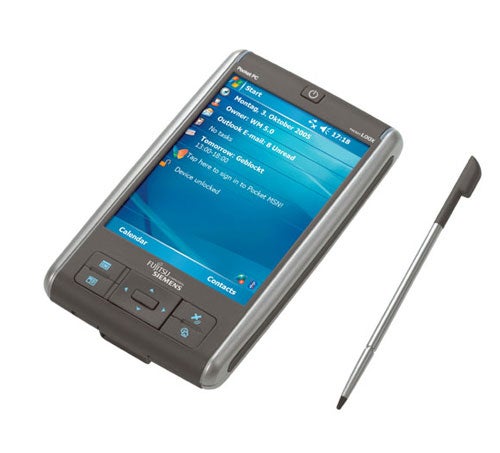 There’s quite a lot of on screen information available, including the name of the road you are on, distance to destination, elevation and your current speed. Tap the icon that indicates the GPS antenna and you can see how many satellites you are tracking as well as your latitude and longitude and other data.


The whole bundle includes a windshield car mount and cigarette lighter power adaptor and a slip case as well as mains power cable and USB synchronisation cable. No cradle, unfortunately, but these are getting increasingly rare these days.


Overall, I rather like the Pocket LOOX N520. The user interface of Navigon Mobile Navigator 5 doesn’t suit my personal taste, but there’s no doubt that with its hidden GPS antenna, small size, stylish design and attractive software extras, this is an appealing PDA. It’s not top of the range, but for a middle-of-the-road machine, it acquits itself pretty well.