What is the Fujifilm X20?

The past few years has seen numerous manufacturers turn to the past for inspiration. One example is Fujifilm’s X series of compact and Compact System Cameras, which combines unique sensor technology and traditional analogue design that enthusiasts love. The Fujifilm X20 is the latest model in this range and it sits at the head of Fujifilm’s compact range, while offering a host of improvements on the model it succeeds.

At the core of the Fujifilm X20 is a 12MP, 2/3in X-Trans CMOS II sensor. This sensor, despite being the same 2/3in size and 12MP pixel count as the Fujifilm X10, is newly developed for the X20 and as such promises improved performance. Another feature that it maintains, as the name suggests, is the X-Trans technology, and as a result of this the X20 omits a standard anti-aliasing filter.

The Fujifilm X20’s sensor comes with the second-generation version of Fujifilm’s EXR processor. It claims that this new version of the processor lets the X20 deliver shots with up to and over 30% less noise than its predecessor. The processor also has a Lens Modulation Optimiser tool to boost the performance of the lens by countering effects, such as diffraction. 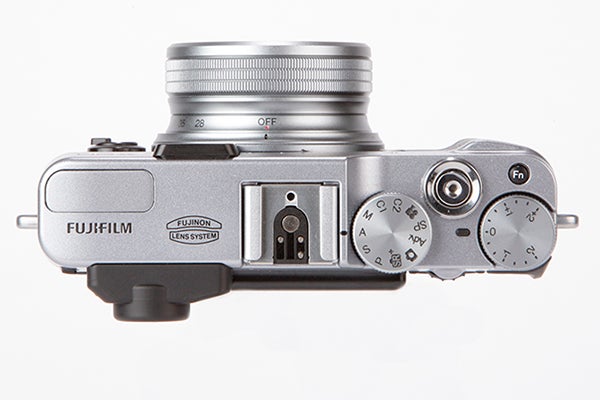 The lens on the Fujifilm X20 is the same 4x optical zoom as that on the X10, covering a focal range of 28-112mm, with a manual control. The lens has a maximum aperture of f/2, decreasing to f/2.8 at the tele end of the zoom, while the image stabilisation system claims to offer a four-stop gain in shooting.

As has been the case with many compact camera releases in the past few years, the sensor on the Fujifilm X20 has phase-detect pixels to assist the camera’s focus performance. This phase detect technology is combined with a more conventional contrast-detect AF system in an Intelligent Hybrid AF system, which automatically recognises when a scene requires either system and automatically selects the appropriate one. As a result Fujifilm claims the X20 acquires focus in a barely perceptible time of just 0.06 seconds.

Finishing offer the impressive specification are a few other highlights. These include an impressive 12fps burst speed at full resolution, Full HD video capture at 60fps and an optical viewfinder equipped with an all-new Digital Trans Panel display.

As has been the trend for recent model in Fujifilm’s X series – see the X20’s older siblings, the Fujifilm X-Pro 1 and Fujifilm X-E1 – the X20 has a host of analogue controls that could see it easily mistaken for an analogue camera. Those controls include a large, and very useful, manual exposure compensation dial, and while there’s a built-in flash there’s hot-shoe too should you need it. 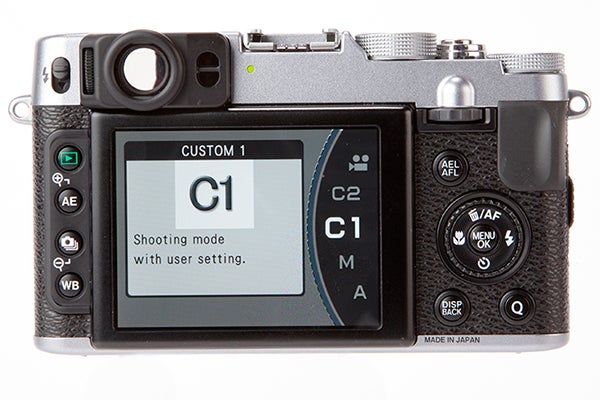 The Fujifilm X20’s doesn’t just feel good; it feels like a quality bit of kit, too. It’s made from die-cast magnesium, around which a synthetic leather band is wrapped. It doesn’t feel particularly heavy for a compact, and it certainly wouldn’t be too heavy to carry around in a pocket for the day, but it still feels robust and durable.

Despite the overall high quality design, the X20 isn’t without its flaws. For example, the exposure compensation dial is far too easily knocked out of position during casual shooting or when placed in a pocket or bag. Although exposure compensation does show up on the screen or viewfinder, and as such it’s relatively easy to spot any changes, it’s annoying trait.