Following on from last year’s S8000fd, the new Fujifilm FinePix S8100fd features a 10MP sensor and a few new features, as well as the 18x optical zoom seen on the previous model. To counteract camera shake, especially at the telephoto end, the camera has CCD shift image stabilisation, while a high ISO of 6400 is designed to reduce subject-based blur and facilitate low light shooting. 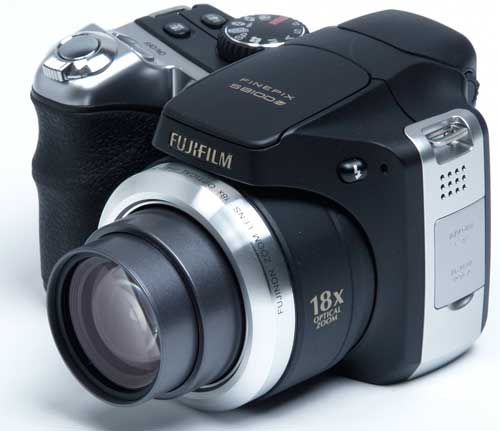 Like its predecessor the most striking thing about the S8100fd is its lens, offering the 35mm equivalent focal length of 27-486mm, allowing both wide angle shooting and extreme telephoto. The maximum aperture is f/2.8-4.5, while the minimum aperture is f/8. The extreme focal length is achieved in part by the small 1/2.3 inch CCD, which is a standard CCD rather than one of Fujifilm’s SuperCCD varieties.


As the name suggests, the camera features face detection, with the ability to recognise and focus on up to ten faces within the frame. An automatic red-eye reduction feature can also be deployed to remove red eye during the image processing.


New to the camera is the instant zoom feature, allowing fast 1.4x or 2x digital zoom to be added quickly. Another new addition is the zoom bracketing feature, which is linked to the face detection system, and automatically zooms in on faces that it detects within the frame.


The camera offers a full compliment of exposure options. There’s the standard auto mode and 13 scene modes, but also manual, aperture priority AE, shutter priority AE and Program AE. These are all closely linked to the metering system, which features 256 area evaluative metering, alongside centre weighted average metering and spot metering. A histogram can be observed in the viewfinder if you want, and exposure compensation is available over +/- 2EV for more tricky subjects. 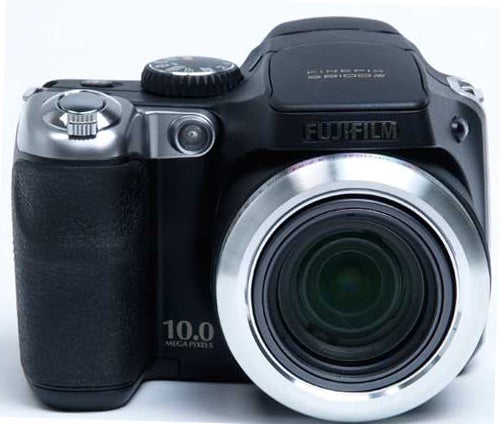 Another feature found on the S8000 is the supermacro facility allowing a minimum focus of just 1cm, while normal macro offers focusing down to 10cm at the wide end and 1.2m at the telephoto end.


Like other recent Fujifilm cameras the S8100 has a dual shot mode which takes two pictures in quick succession, one with and one without flash, allowing you to choose the best according to the ambient lighting. It also features Fujifilm’s Intelligent flash system, which detects the contrast and lighting levels in a scene and according to Fuji, adjusts the flash output accordingly. The flash is also automatically set to operate at a higher ISO so, the theory goes, less flash power is used and images appear more natural.

Fujifilm has added 58MB of internal memory, and there’s a single card slot that accepts either xD or the more universal SD and SDHC cards. Power is supplied by four AA batteries.


It’s quite a lightweight camera but has pleasant ergonomics with a nice rounded thumb rest and rubber coated right hand grip which also contains the batteries. 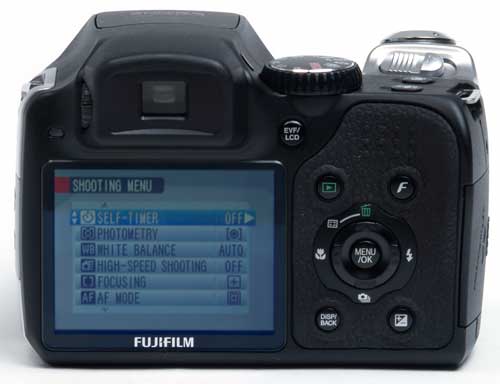 Button placement is reasonable, with a top plated mode dial, alongside quick access face detection and antishake buttons. The position of the shutter release button and zoom ring are also comfortably within reach.


The back of the camera houses the 2.5inch LCD, along with a four way D-pad that offers image and menu scrolling along with quick access to flash functions, drive modes, macro modes and the instant zoom feature at each compass point.


As well as the standard menu button, the camera has Fujifilm F button, or Finepix button to allow quick change of the ISO, image size and quality and the three Fuji film modes. I’d like to see White Balance and metering modes added to this, as they’re options that many people want to get at quite quickly. 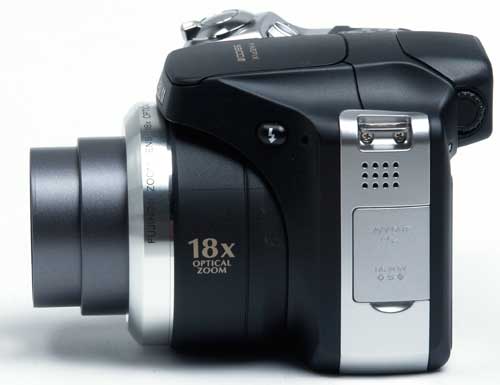 As well as the obligatory playback button, there’s a button to swap between electronic viewfinder and LCD monitor. I find EVFs to be quite annoying, especially when changing settings or wanting to check images on the LCD as you have to keep checking between the two, turning each on and off as you switch.


The display button is used to add a grid and shooting information. A final screen option splits the screen into four, a large composition window and three windows displaying each of three images as you take them, useful when bracketing but quite disorienting to use.


On the eye front, let’s discuss that EVF a little more. It’s not too high resolution, so doesn’t offer the best view. The contrast is low and it has an annoying habit of appearing too bright, making exposure assessment nigh on impossible. While there’s an LCD brightness adjuster in the set-up menu, there’s not for the EVF. I also find the colour saturation of the EVF to be low, with images looking cold and drab. 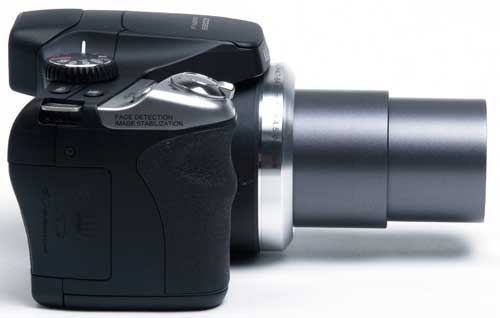 At one point during the test, the EVF just locked in over exposed mode, like the aperture had not shut down, while a cubist-like grid faintly overlapped the screen. This cleared after turning the camera off. This may be a one-off fault, or a glitch in the firmware, that an upgrade may fix.


Flash performance is okay, with little blow outs, and the ambience feature works well. In the ISO 8OO ‘soft flash’ mode, noise reduction can spoil some pictures, while some seemed okay. A little more consistency would be nice. 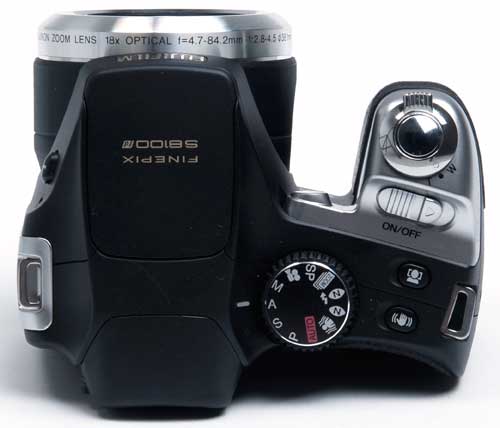 The major problem with the images is the overall ‘digital look’, especially in the normal JPEG setting, which suffer from poor detail maintenance due to compression. Even in fine mode, which is always recommended anyway, the over eager sharpening and gritty look of the images can destroy any subtlety.


Exposure is, on the whole, good as long as you don’t rely on the EVF for judgement. The bright beach shots are sometimes over exposed a tad, but average shots with a full range of tones are usually successful. Colour too is well controlled, and the White Balance is impressive.


Noise is well controlled at the lower sensitivities but starts to rapidly deteriorate past ISO 400, with the cameras noise reduction system working overtime to produce a watercolour effect on the most extreme samples.


Whilst there’s no doubt the lens length is useful, it’s also stretching the boundaries of optical competence. There’s quite sever barrel distortion at the wide angle end, and pincushion distortion appears as the zoom is extended. The lens works well in macro mode though and the super macro mode of 1cm can produce some decent images too. 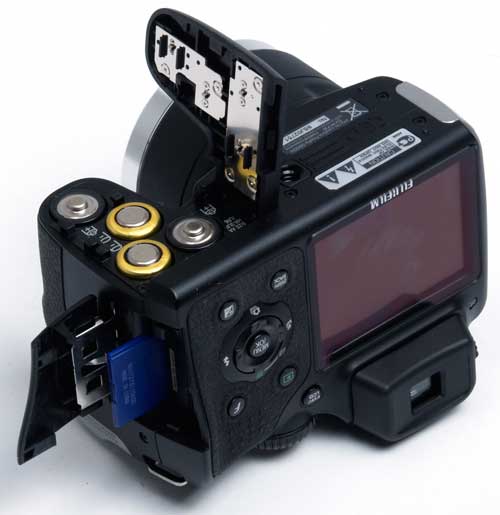 There’s not much to recommend the Finepix S8100fd. As a replacement for a DSLR, it offers a lightweight and compact alternative, without the added expense of the price of lenses to match the focal range offered. However I dislike the EVF on this camera intensely, and the handling in manual shooting modes is fiddly at best. Image quality is hit-or-miss, with horrible high ISO images and some aggressive sharpening. At lower ISOs images are better, but I find the majority of images too digital looking, lacking the finesse of some other models. 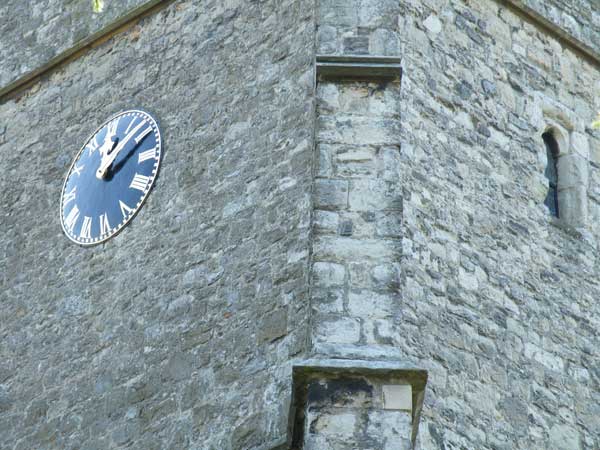 This is the full frame at 64 ISO 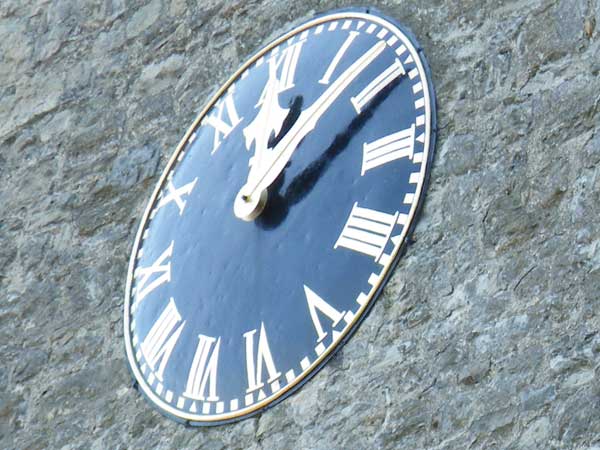 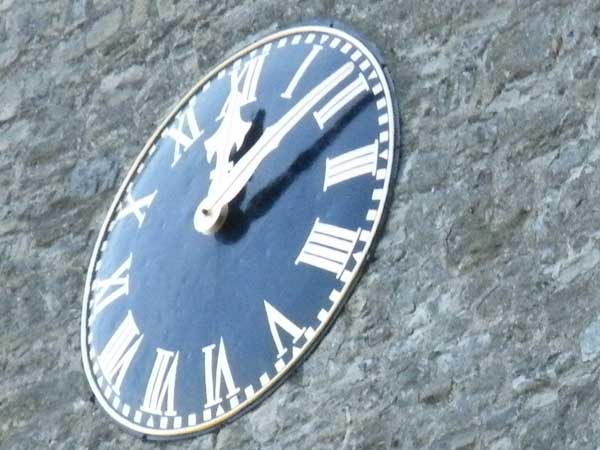 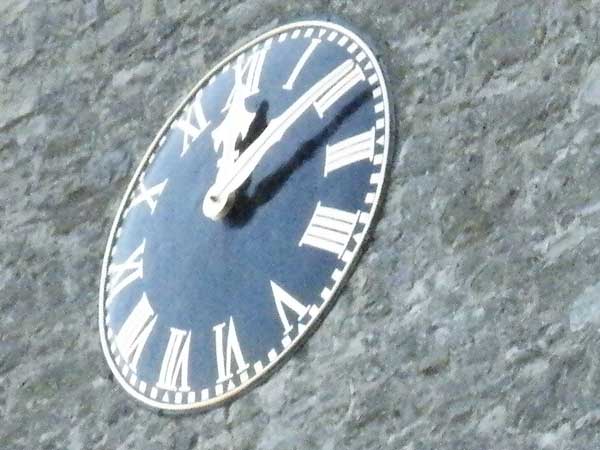 By ISO 1600 noise is evident while the noise reduction is obviously blurring both noise and detail. 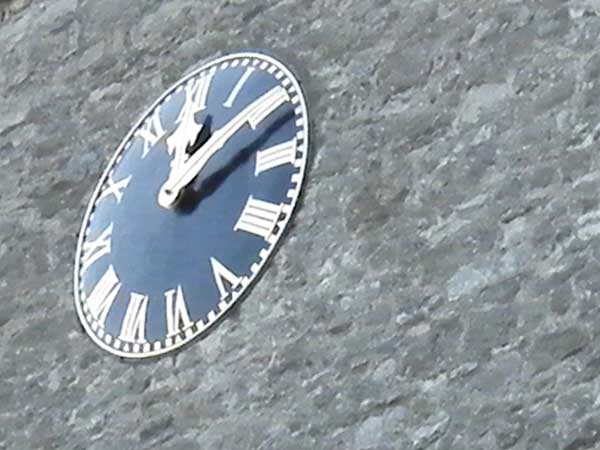 ISO 3200 at 5MP is just horrible and looks like the image has been painted in gouache with a palette knife. 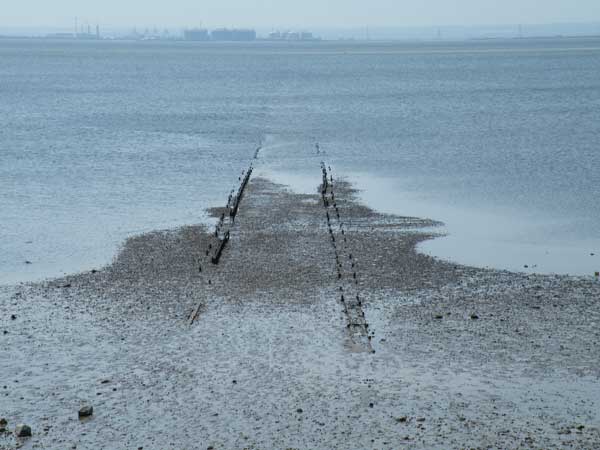 These two images show how the detail in normal JPEG mode deteriorates, with poor detail and tonal retention. 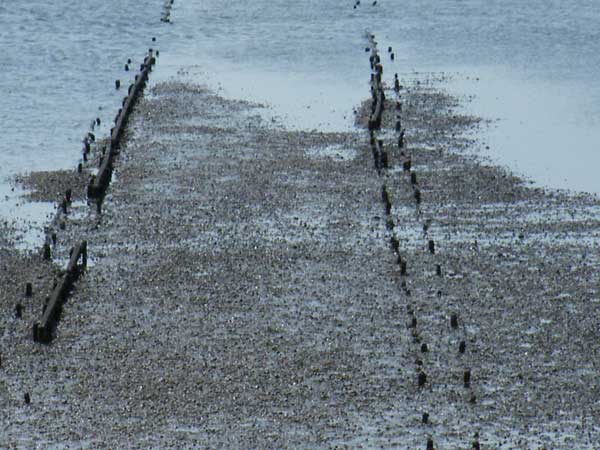 This is a crop from the above image. 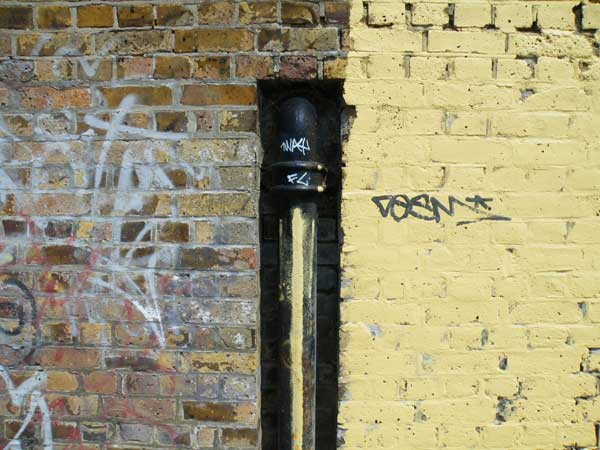 The lens shows severe barrel distortion at the wide end. 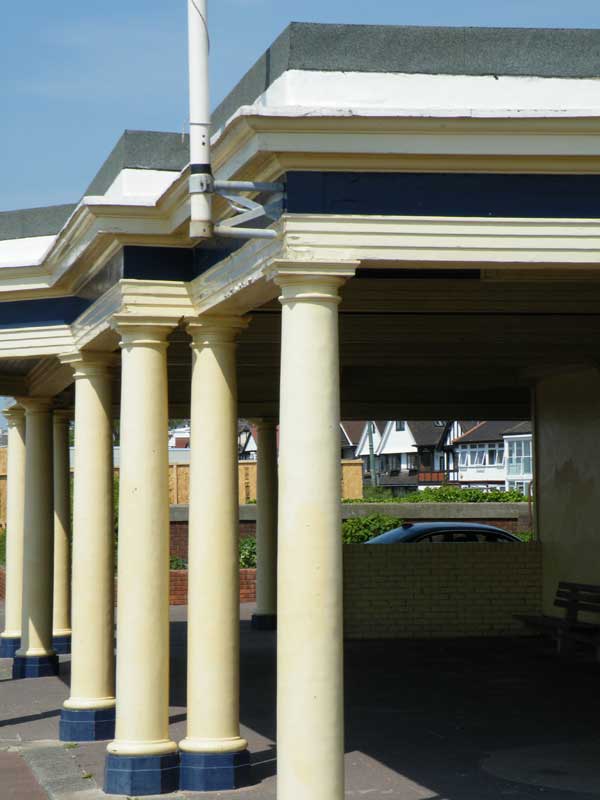 Exposure is consistent and given the right circumstances the camera is capable of pleasant shots. 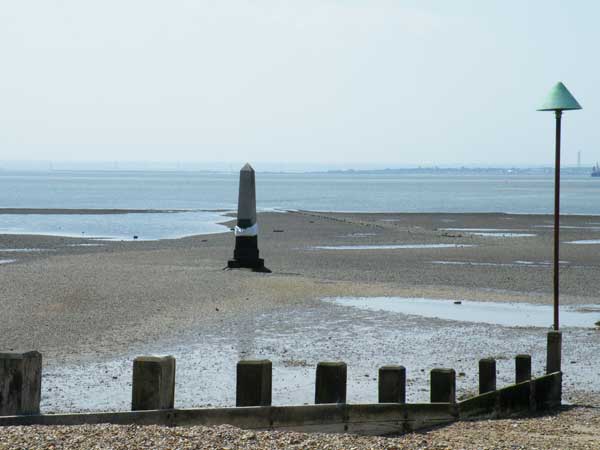 Another example of decent exposure, despite a bright and contrasty subject. 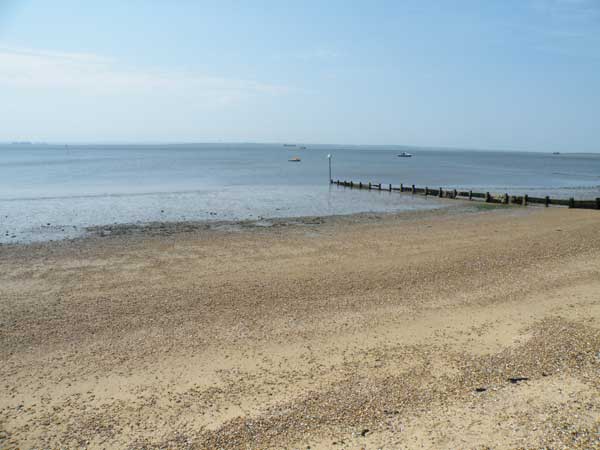 The wide-angle end of the zoom range is equivalent to 27mm. 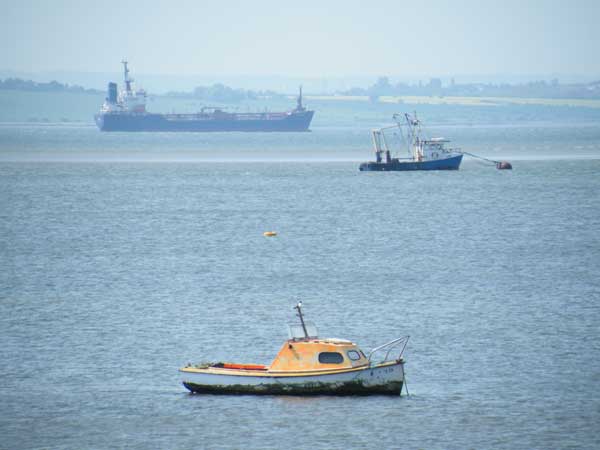 The telephoto end is equivalent to 486mm, ideal for pulling in distant details. 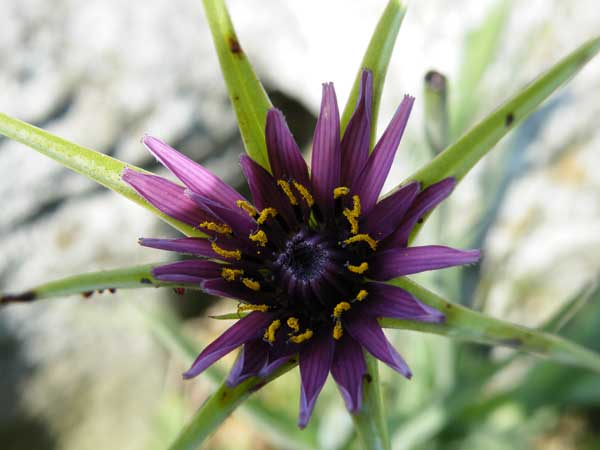 With a close focus distance of 1cm, the supermacro is one of the cameras good points. 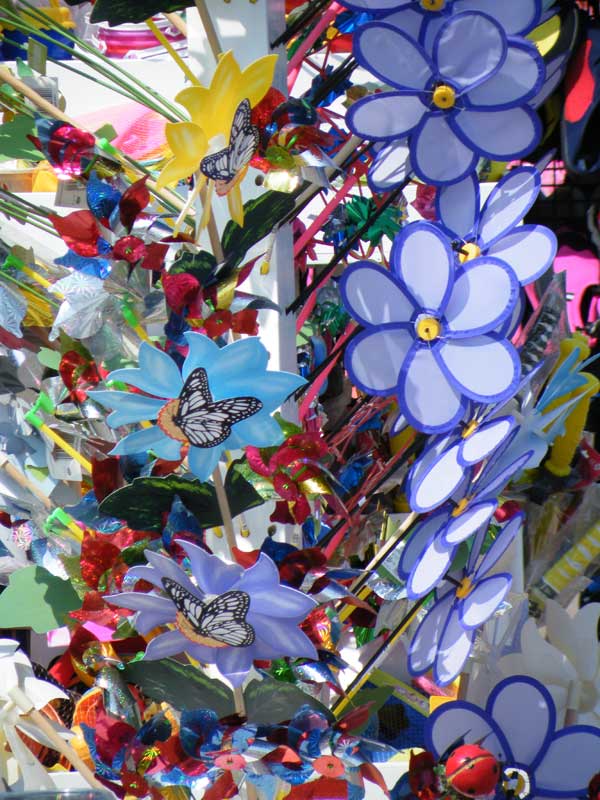 Colour is good, with accurate white balance throughout.