Back in October I reviewed the Fujifilm S8000fd, which at the time was the flagship of Fuji’s extensive range of super-zoom cameras. That model is still available for around £160, although it has been superseded by the S8100fd, which I’m hoping to review very soon, and it has also been joined in Fuji’s range by several other new super-zoom models, including the excellent S5800 and this, the new 10-megapixel, 12x zoom S1000fd. 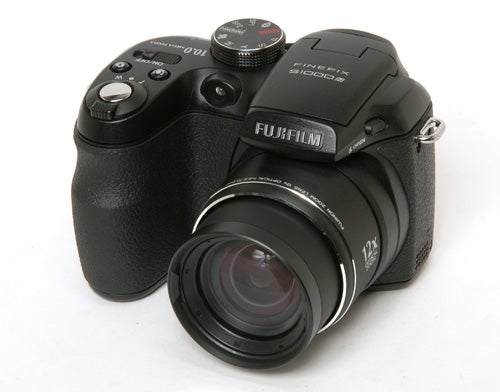 
The odd thing is though, that despite it being quite small, there’s no way this could be considered a pocket camera. It follows the same SLR-like shape that Fujifilm has used for all its super-zoom models going back to the 4900 Zoom launched in 2000. It has a large rubberised handgrip containing four AA batteries, a pop-up flash inside a large viewfinder turret, and a relatively large protruding lens barrel. Compared to a real pocket super-zoom such as the Panasonic TZ4 it still looks a little over-sized. 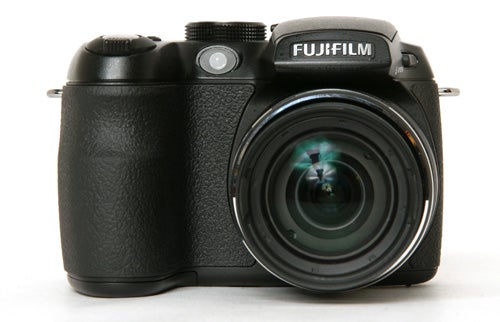 The S1000fd is currently on sale for around £164, although some retailers have it priced significantly higher. There aren’t too many other cameras that can be easily stand in direct comparison with the S1000fd’s unusual specification. One is the forthcoming General Imaging X3 which I’m hoping to review as soon as it’s available, but the price for that model has yet to be announced. The Panasonic TZ4 is another compact long-zoom camera, but it is very different in both style and specification, and costs considerably more at around £250. Perhaps the fairest comparison is with a camera that most potential buyers will also be considering, the 8-megapixel, 10x zoom FinePix S5800, which is currently selling for as little as £116.

The overall design of the S1000fd is basically a smaller version of the S5800. It has much the same control layout, with a large knurled mode dial on the top plate and a sliding main power switch. The layout of the buttons on the back is also familiar, and while it may look a little cluttered the arrangement actually works very well. The LCD monitor is large for such a small camera, at 2.7 inches and 230k dots. It is slightly recessed, helping to avoid scratches and finger marks, and it has adjustable brightness for sunny days, but its usable angle of view is very narrow by recent standards, and even raising the camera a little above head height renders the monitor almost useless. 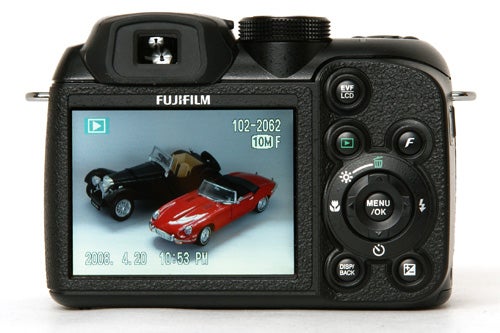 The S1000fd is ostensibly aimed at photography enthusiasts, and to that end is does have a small number of useful creative options, including program, aperture and shutter priority and full manual exposure, with shutter speeds from eight seconds to 1/2000th and four aperture values between f/2.8 and f/8 available. It has the usual three metering modes (spot, centre-weighted and multi-zone), and a choice of three AF modes (centre, wide-area and multi-point). One selling-point feature is the panoramic shooting mode, but this is nothing new, and since it is limited to three shots it is actually less useful than it might appear. It’s not even particularly good at panorama stitching; I tried it several times and found the joins between frames to be rather poor. 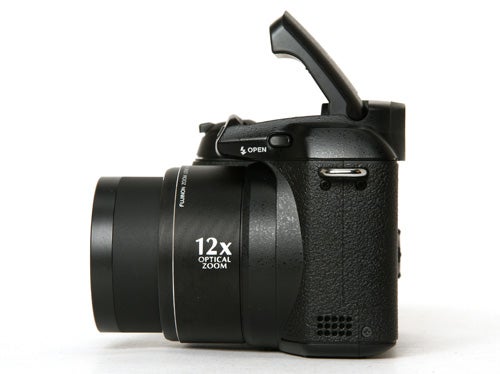 There are a number of important features that are notable by their absence, such as colour balance, saturation or contrast adjustments and adjustable noise control, but more importantly it lacks any form of image stabilisation. This is a very important feature for any camera with a long zoom lens, and especially one as light as the S1000fd. 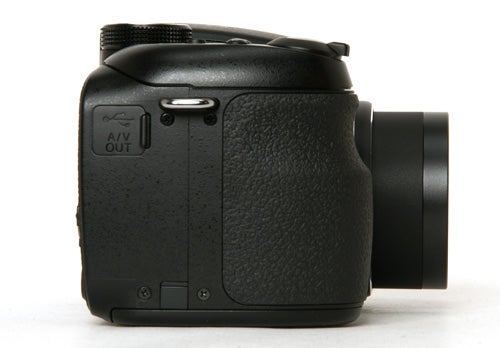 There is, in my opinion, a major problem with the whole concept of the S1000fd. Fujifilm already makes what is arguably the best low-cost super-zoom camera around, the S5800, and a strong contender for the title of best high-spec super-zoom camera, the S8100fd. The S1000fd is neither of these things, and doesn’t really fit into the market anywhere. It is too big to be a pocket zoom like Panasonic’s TZ models or the Ricoh R8, but it is too small to handle the telephoto end of its zoom lens without image stabilisation. It lacks important creative features for photography enthusiasts, but at the same time it is too complex for a simple snapshot camera. Yes, it’s the smallest 12x zoom in the world, but so what? Small size is not really a desirable feature in a super-zoom camera, unless it’s so small it can fit in your pocket. I think potential buyers will look at it briefly, and then buy the S5800 instead.

Unfortunately the camera’s performance is also rather lacklustre. It starts up quickly enough in a little under two seconds, but it’s all downhill from there. In single-shot mode it can only manage a shot every three seconds, which is very slow by recent standards. In long-period continuous mode it can shoot at well over a frame a second, but it doesn’t focus or change exposure between shots, making it useless for moving subjects or changeable light conditions. The various extra continuous modes are faster but limit picture size, 5MP for top 6 and a puny 2MP for top 15. It’s hard to say why it should be so slow, because the autofocus system is actually very quick, even at long telephoto settings. It does hunt around a bit in low light, but not as much as some competitors. 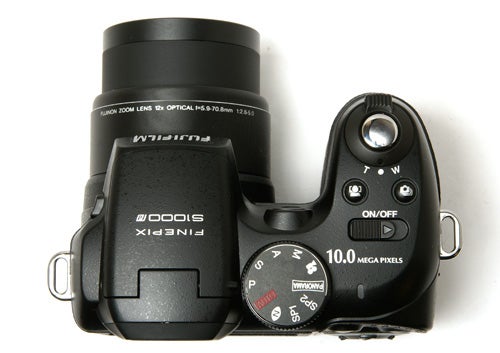 In fact its low-light ability is one of the S1000fd’s few real strengths. The fast f/2.8 maximum aperture gives it a significant advantage over many other long-zoom cameras, and it does have surprisingly good high-ISO performance, producing good quality images at 800 ISO. I say surprising, because the S1000fd uses a conventional CCD sensor rather than Fuji’s more advanced SuperCCD technology. Unfortunately other aspects of image quality are not so good. Dynamic range is distinctly limited, and colours are massively over-saturated even in standard colour mode, particularly reds. The lens also has its good and bad points. While it has very good corner-to-corner sharpness, it does produce quite noticeable barrel distortion at wide angle and some pincushion distortion at the telephoto end. At least Fuji’s traditional enemy, the dreaded purple fringes, and mercifully absent. 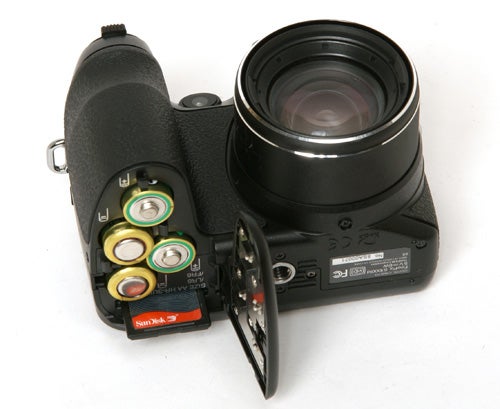 While the Fujifilm FinePix S1000fd is an appealingly cute little camera with a huge zoom range for its size, and is relatively simple to use, it lacks a number of important features, most notably image stabilisation. Performance is mediocre at best, and while it performs well in low light it is lacking in final image quality. Whether you’re looking for a small cheap zoom camera or a well-specified super-zoom there are better alternatives on the market, several of them other Fujifilm models. 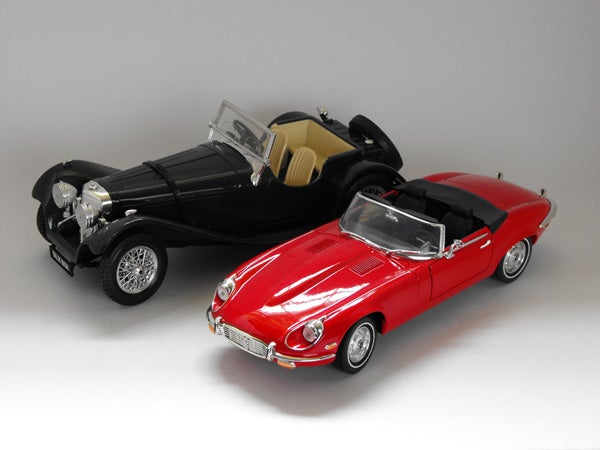 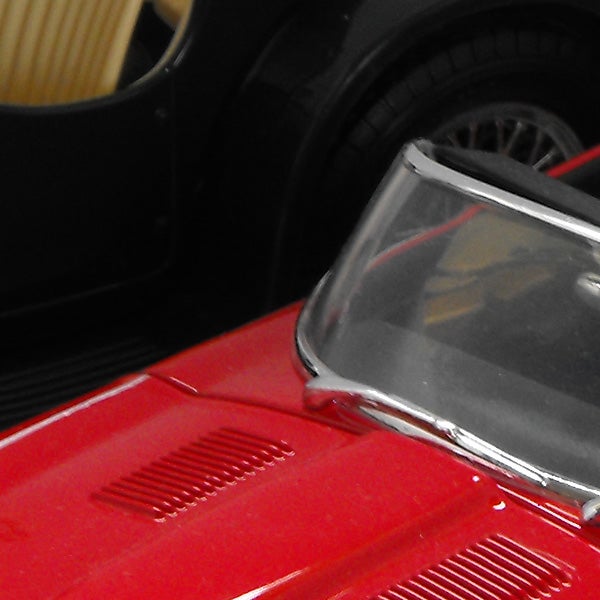 At the minimum ISO setting of 80 the image is noise free, although there is a little camera shake. 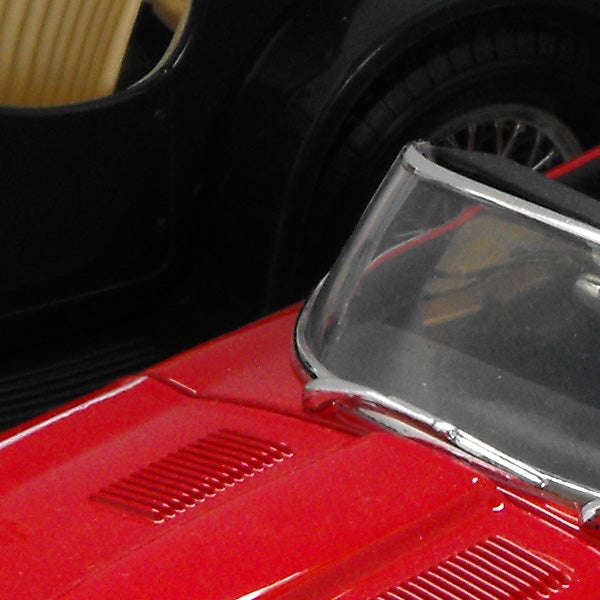 Virtually no difference at 100 ISO, 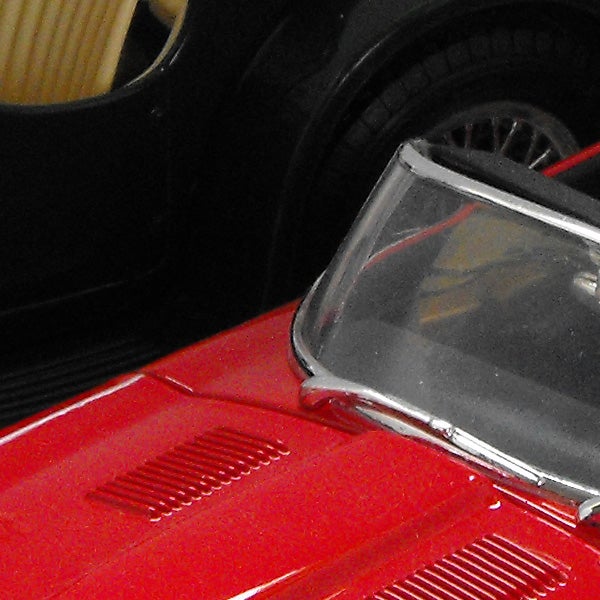 There is slight luminance noise at 200 ISO, but nothing serious. 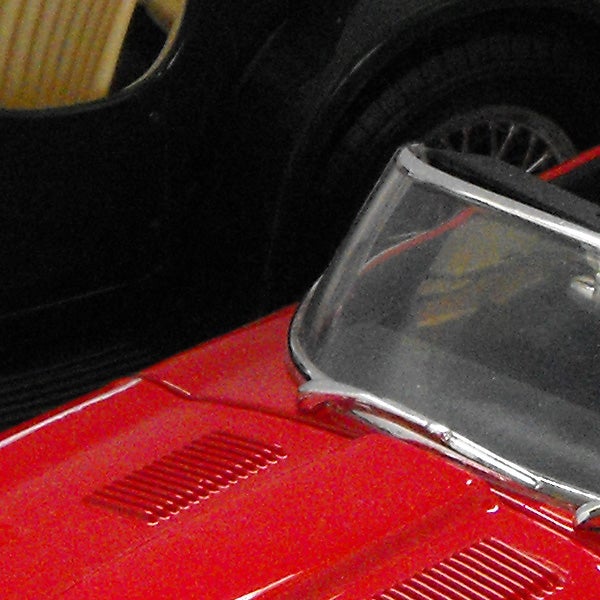 A bit more luminance noise at 400 ISO, but no colour distortion. 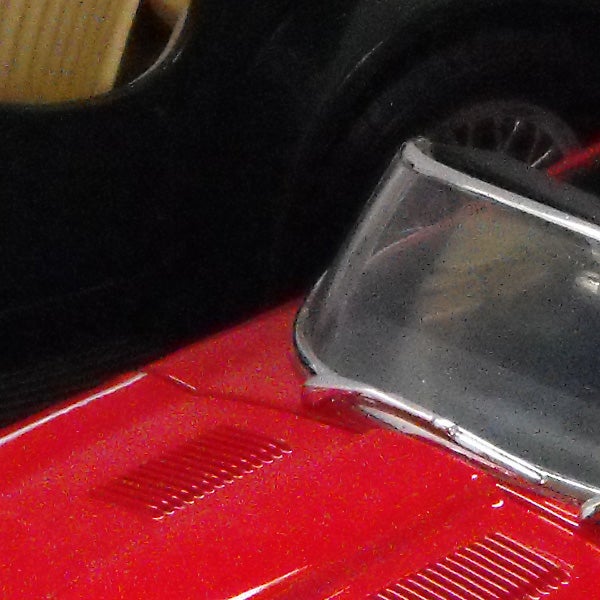 While the effects of noise reduction are very apparent at 800 ISO, the overall image quality is still very printable. 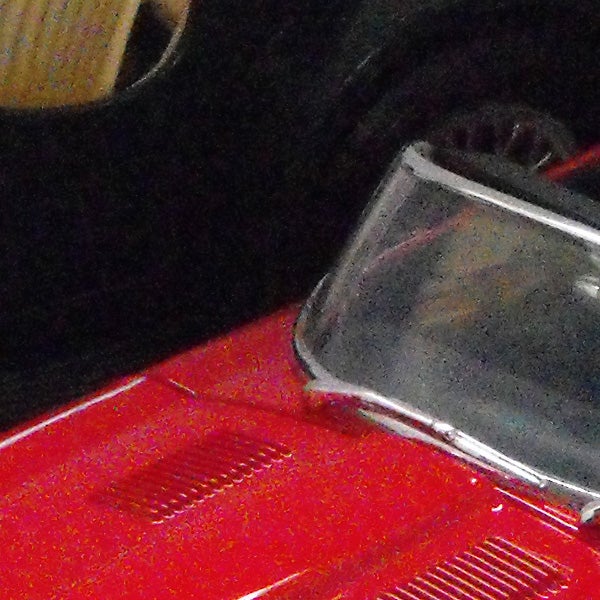 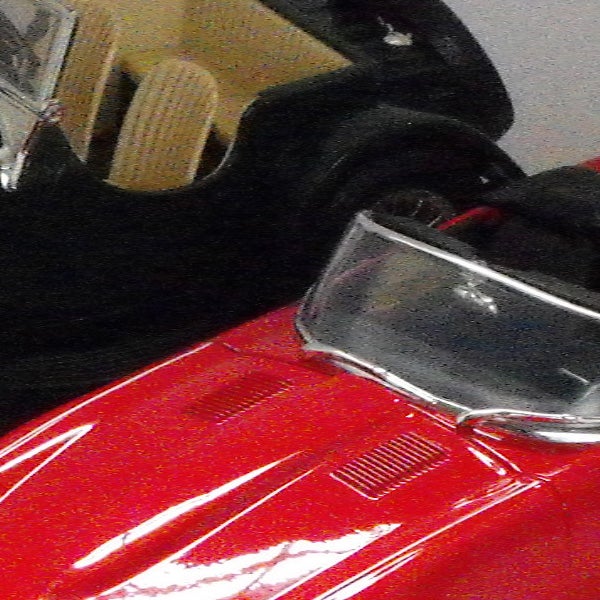 3200 ISO is available, but image size is reduced to three megapixels. 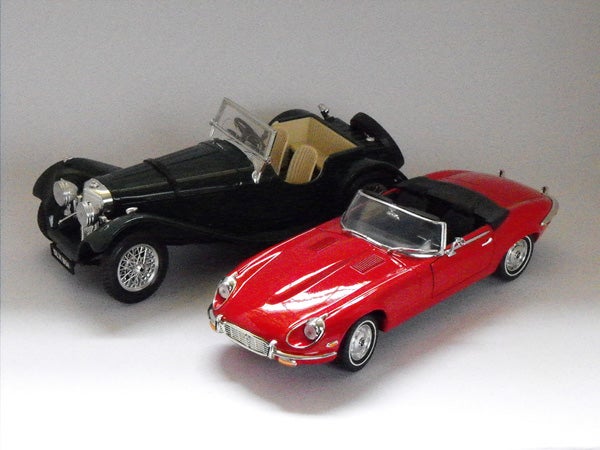 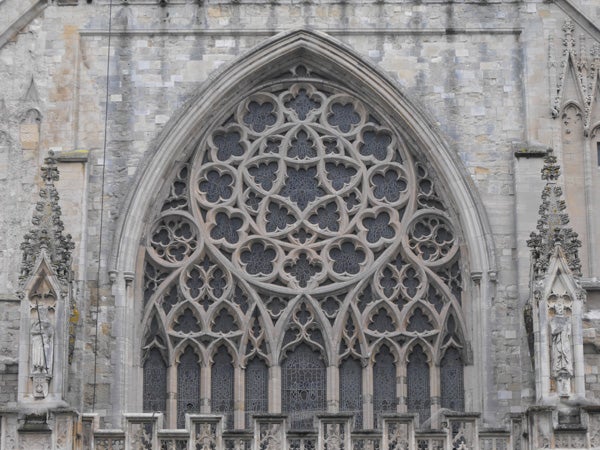 Here’s the usual detail test shot of the West Window of Exeter Cathedral, for you to compare with other cameras. See below for a full res crop, or click to see the whole picture. Please excuse very overcast weather conditions, and the grey lighting. 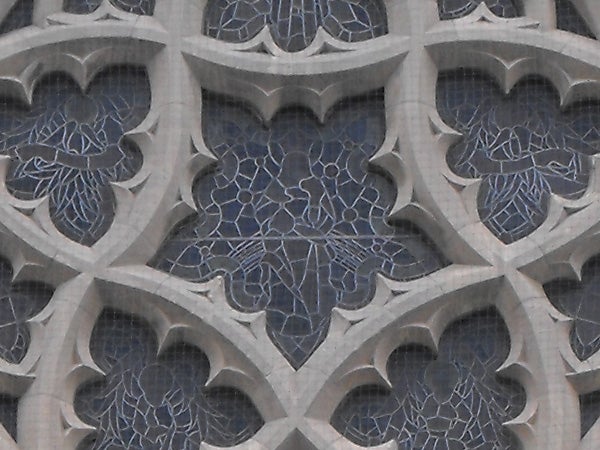 The overall level of detail isn’t bad, but the lousy light makes it look worse. 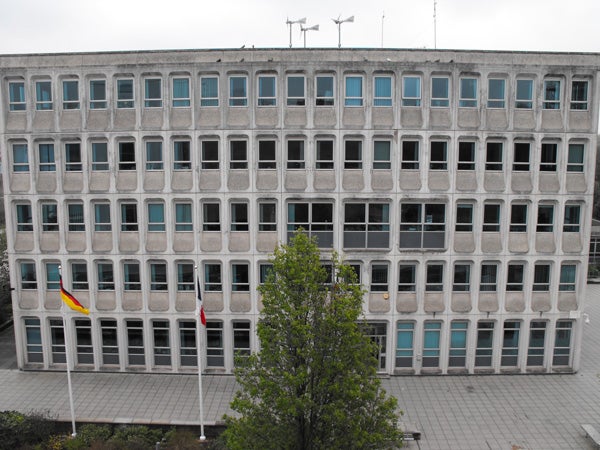 The lens does produce noticeable barrel distortion at the wide-angle end. 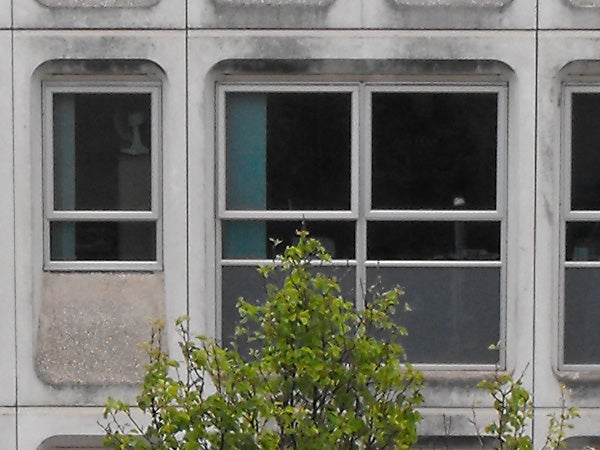 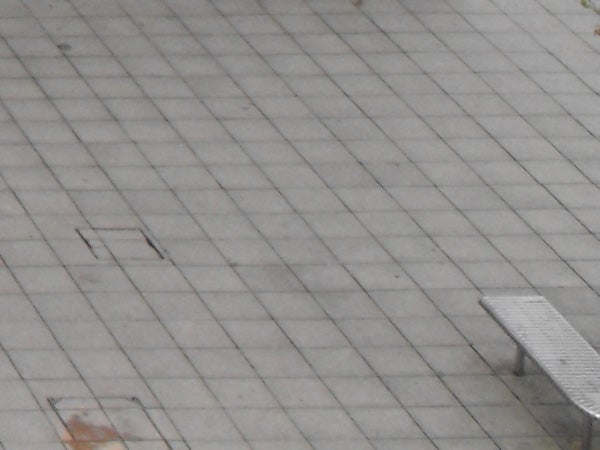 …as is corner sharpness. 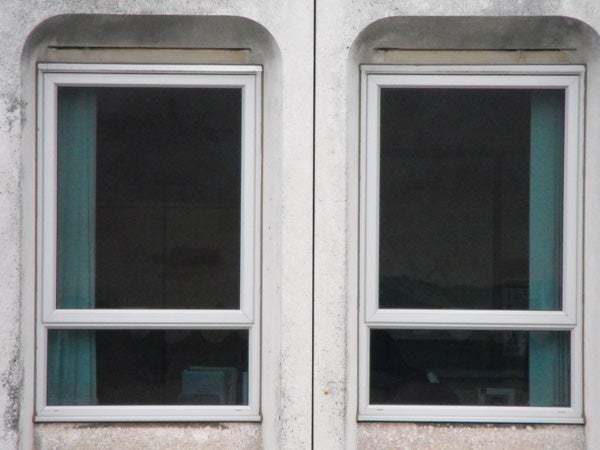 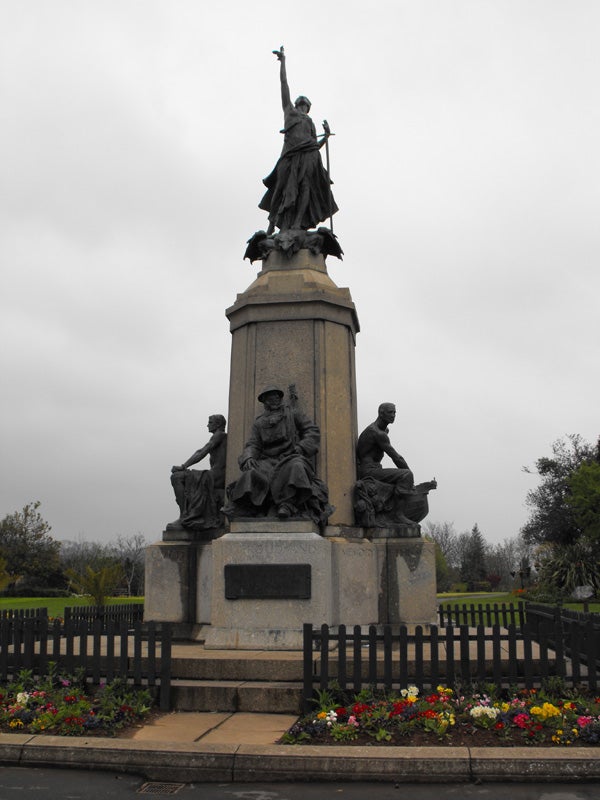 I was getting bored with the same old bus station shot, so here’s a different one. The wide angle end is equivalent to 33mm, wider than most long zoom cameras. 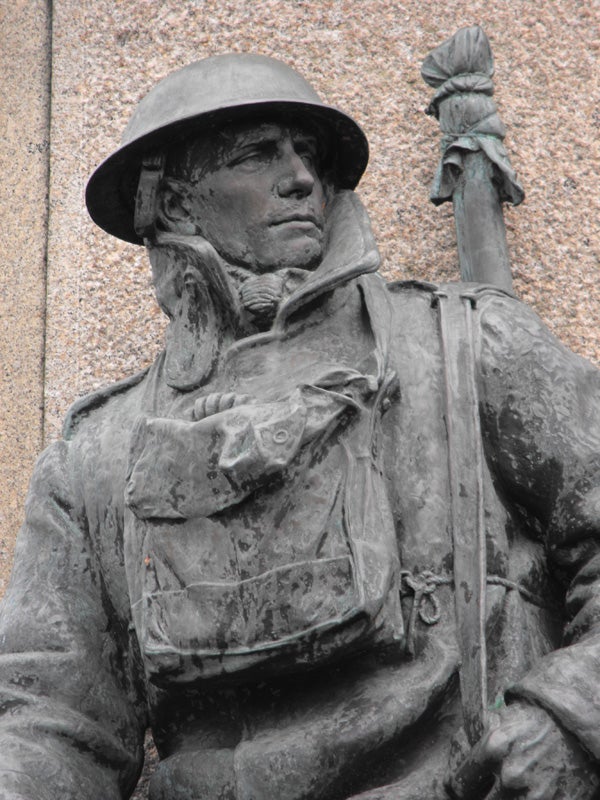 The telephoto end is equivalent to 396mm, although you’ll need a tripod to get the best out of it. 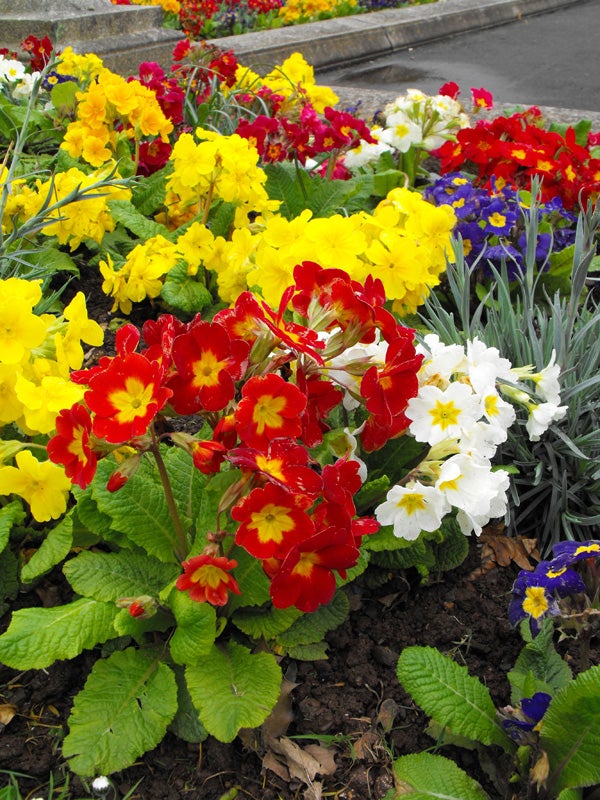 Colours are somewhat over-saturated despite the lousy overcast lighting. 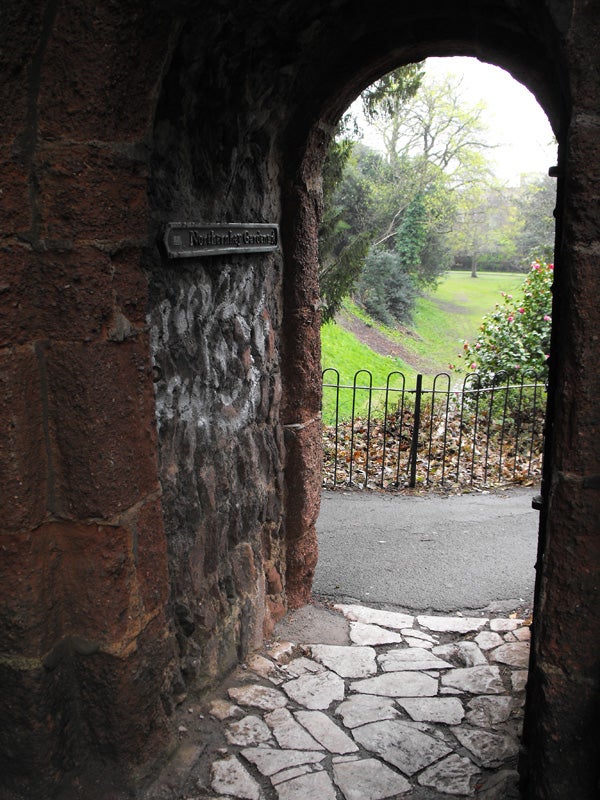 Dynamic range is a bit limited, but then it usually is with small-sensor 10MP cameras. 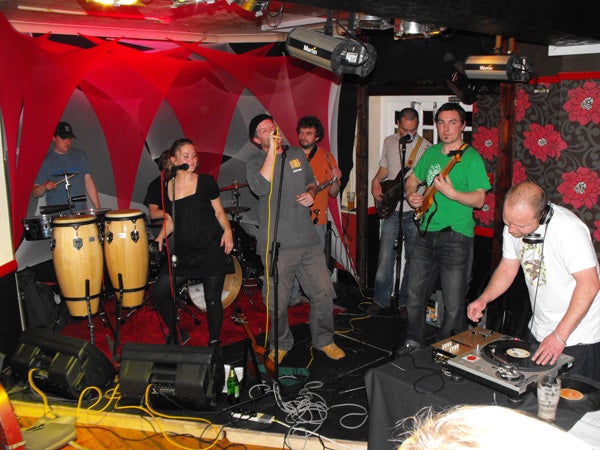 Flash range and coverage are good. The band is Melosa, playing at Tigga’s Bar, Exeter. If you like a bit of reggae check them out.