Back in 2006, Fujifilm launched the FinePix F30, a six megapixel compact camera which quickly built itself a near-legendary reputation for its class-leading low-light capabilities and high-ISO image quality. Naturally Fuji wanted to maintain this lead, so later the same year it followed up with the FinePix F31fd, which was virtually identical but featured the then-new technology of face detection. The F31fd also won many accolades for its low light image quality. The secret of Fuji’s success with these cameras was the sophisticated Real Photo image processor and relatively low-powered 6.3 megapixel Super CCD sensor, at a time when most of its rivals were fitting 10MP sensors. 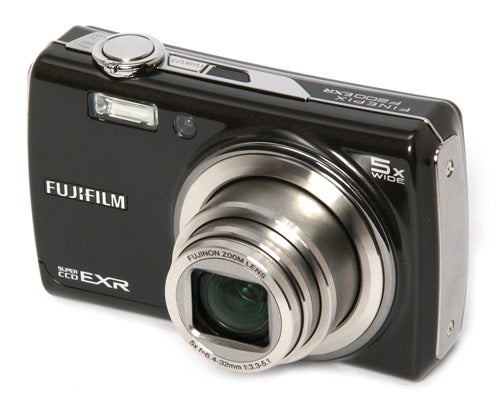 Fuji maintained this trend-bucking approach in 2007 with the launch of the 8.3 megapixel F40fd, and had another success, winning more awards including a well-earned “Recommended” from me. However by the end of 2007 Fuji finally caved in and stuffed a 12-megapixel sensor into its next model, the F50fd, introducing the usual problems of image noise and poor dynamic range, and spoiling the one thing that made the F-series special. Last year’s F100fd had the same problems, despite claims to the contrary.


Now it appears that people are finally becoming disillusioned with pointless increases in sensor resolution, and Fuji would very much like to reclaim the advantage in low-light image quality that it had with the F30, so we segue seamlessly into today’s review of the new FinePix F200 EXR, an exciting new luxury compact camera that Fuji claims will outperform even the F31fd in low light image quality. It had better do, because at a current price of around £290 it’s one of the most expensive compacts on the market. 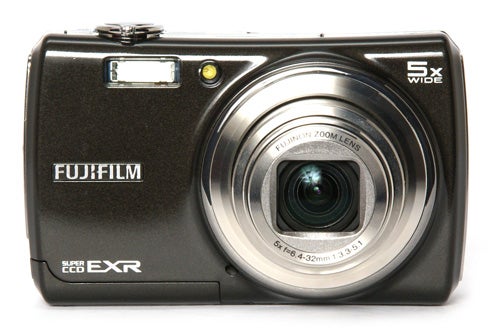 The basic specification is exactly what one would expect from a modern high-end digital compact. It has a 12-megapixel sensor, a 5x zoom lens equivalent to 28-140mm with optical image stabilisation, a three inch wide-view LCD monitor with 230k dot resolution, and a strong metal and plastic body of the same design as the F100fd, coloured a slightly metallic slate grey. It’s quite large by compact camera standards, but the build quality is excellent and it certainly looks and feels like you’re getting your money’s worth.

The F200 is the first camera to use Fujifilm’s new Super CCD EXR sensor, which could prove to be as big a breakthrough for the company as the original Super CCD. The sensor has 12 million light sensors, but they have three different modes of operation depending on the type of shot being taken. In normal lighting conditions the sensor operates as a conventional 12-megapixel CCD, capturing lots of fine detail. 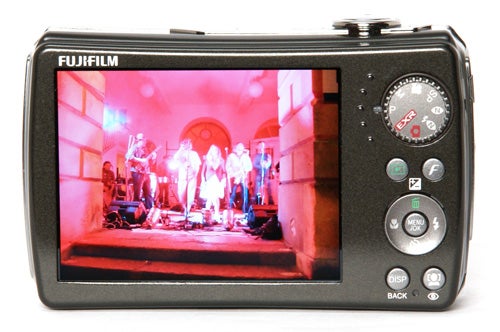 However in low-light situations it switches to a High ISO/Low Noise mode, in which adjacent pairs of photocells combine their output to produce effectively a 6-megapixel sensor with double the light sensitivity. This practice, known as “pixel binning”, has been around for a long time, but Fuji has combined it with a new mosaic colour filter designed so that adjacent photocell pairs share the same colour, which should result in better colour reproduction in pixel binned shots. In high-contrast situations the sensor splits, capturing two images simultaneously at different sensitivity settings. These are combined in the camera to produce a single image with greater dynamic range. These three different sensor modes can be manually selected in EXR mode, or can be chosen automatically by the camera’s exposure system.


Apart from its fancy new sensor the F200 has much the same features and options as the F100fd. It has a shooting mode dial with eight positions, including the aforementioned EXR mode, a program auto mode, a simple auto mode, two natural light modes, a scene mode with 15 scene programs, a video mode and a limited manual exposure mode, which offers a full range of shutter speeds from 8 seconds to 1/1000th of a second, but only a choice of minimum or maximum aperture. The movie mode offers VGA resolution at 30fps with mono audio. As is usually the case the zoom lens cannot be used while recording. 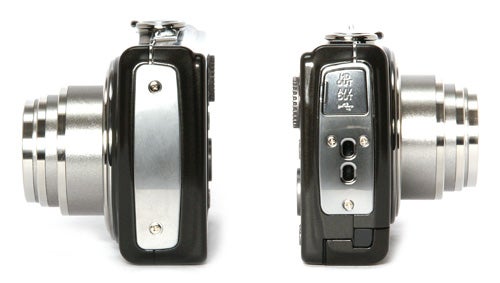 Despite the size of the camera’s body the controls are quite small and fiddly, and the light-grey-on-dark-grey labelling can be a bit hard to make out in dim light. The zoom control is an easy-to-use rotary bezel around the shutter button, and although the zoom action is stepped it has 14 increments between minimum and maximum, allowing reasonably accurate framing. Other control options are also a concern. Fuji’s double menu system started off as a good idea, but has become more and more confusing over the years, with options split seemingly arbitrarily between the main menu and the function menu. The F200 is a prime example, mostly because the menu options change drastically depending on the shooting mode.

The F200 EXR is a large and complex camera for a compact, so it’s not too surprising that its overall performance is a bit of a mixed bag. It takes nearly four seconds to start up, which is pretty slow, but it shuts down again in just over two seconds, which is pretty quick. In single-shot mode is has a consistent shot-to-shot time of approximately 1.6 seconds, which is impressive considering the amount of processing that’s going on. The F200 has a variety of continuous shooting and burst settings, which vary depending on the shooting mode, but in the auto mode long-period continuous mode it shoots at approximately 1.8 seconds per frame. It does have a high-speed burst mode that can shoot at 5fps, but only at 3MP resolution. 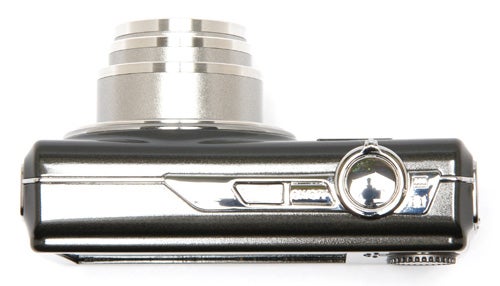 Fuji makes a great deal of the camera’s low-light focusing abilities, and with good reason. I tried the camera both indoors and outdoors in a number of low-light situations (alright, they were parties) and I was unable to find any situation in which it wouldn’t focus, apart from deliberately pointing it up into the featureless night sky. In any situation where there was actually something to photograph, the camera would focus on it quickly and accurately, with the help of its extremely bright AF assist lamp. Without question the F200 EXR has the best low light focusing ability that I’ve yet seen from a compact camera.


Of course the big question is; does the EXR sensor actually perform as advertised? Fujifilm claims that the F200 EXR has superior low-light image quality to the F31fd, and I’m happy to report that indeed it does, although to be honest the F31 was so good that there’s not much in it. Shooting in the EXR High ISO/Low Noise setting, producing 6MP images, from 100 to 400 ISO it is effectively noise-free, and while there is some noise at 800 ISO it has a fine grain-like texture with accurate colour reproduction. 1600 ISO does show noticeable noise effects, but with none of the colour artefacts seen in other cameras at this sensitivity setting. Again, the noise texture resembles film grain, and isn’t an unpleasant effect. While it doesn’t produce results comparable with a larger DSLR sensor, the EXR sensor does have a clear advantage over conventional 12MP compact camera sensors in terms of image noise. 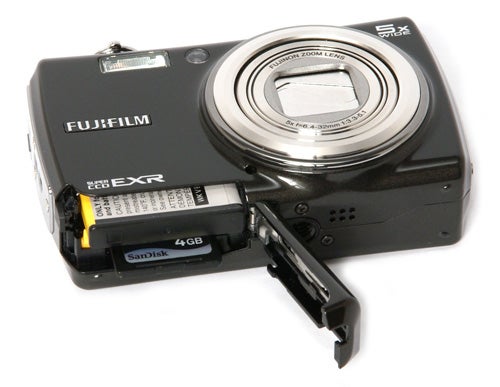 Shooting in the High Dynamic Range mode also produced impressive results, with good detail in both shadow and highlight areas, certainly superior to other 12-megapixel cameras. In the normal 12-megapixel high-definition mode the camera performed much like any other premium 12MP compact, recording a high level of sharp fine detail. The lens performs well, with excellent edge-to-edge sharpness, although it does produce significant wide angle barrel distortion and a little chromatic aberration. Thankfully Fuji’s usual purple fringes are kept to a minimum.

The Fuji FinePix F200 EXR is well-made premium compact that represents a major technological breakthrough in terms of sensor design and performance, and a welcome return to form for Fuji’s flagship compact series. It is capable of taking good quality pictures in virtually any light conditions, and has better high-ISO image quality and low-light focusing than any other compact on the market. It is expensive at the moment, although the price will almost certainly fall over the next few months. 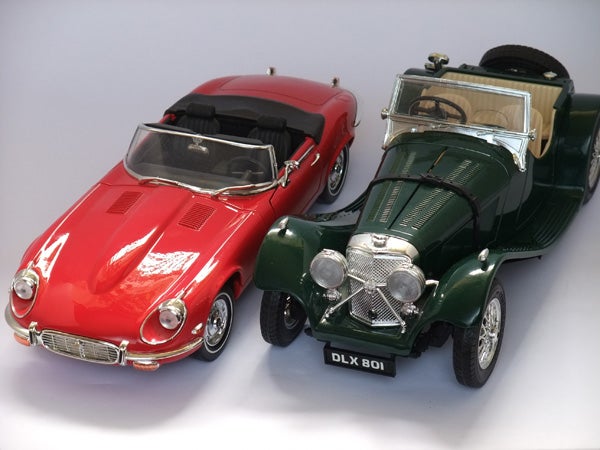 This is the full frame at 100 ISO in EXR High ISO mode. 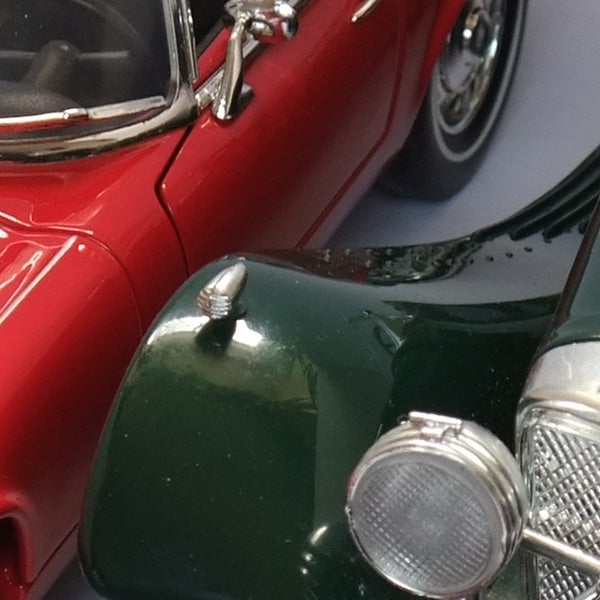 At 100 ISO the image is essentially noise-free. 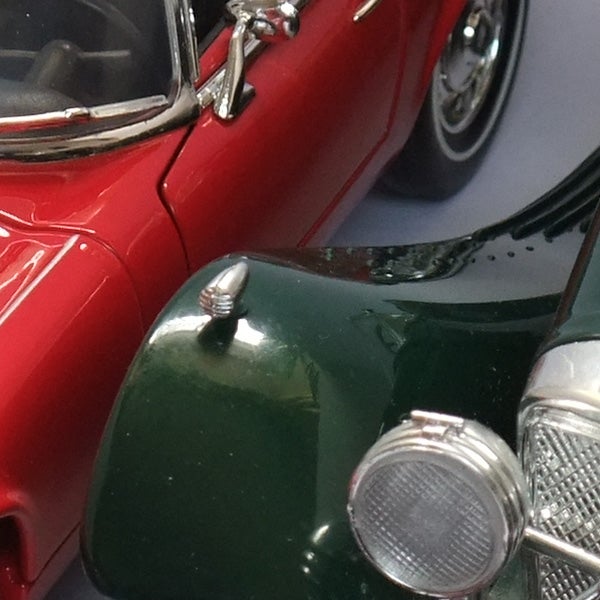 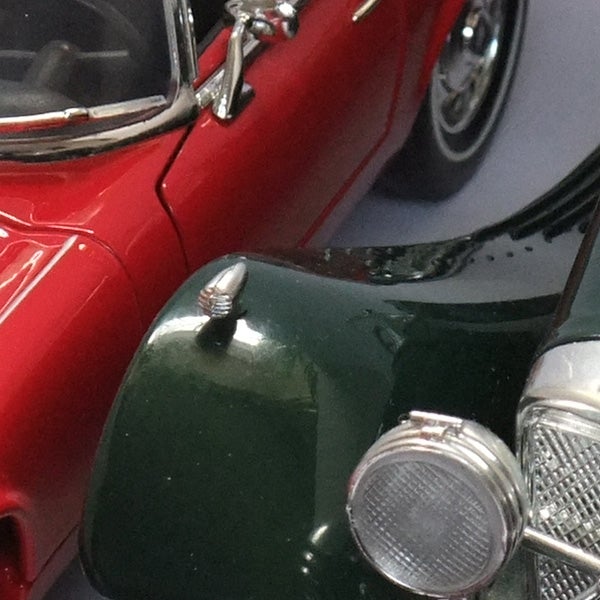 Still no significant noise at 400 ISO. 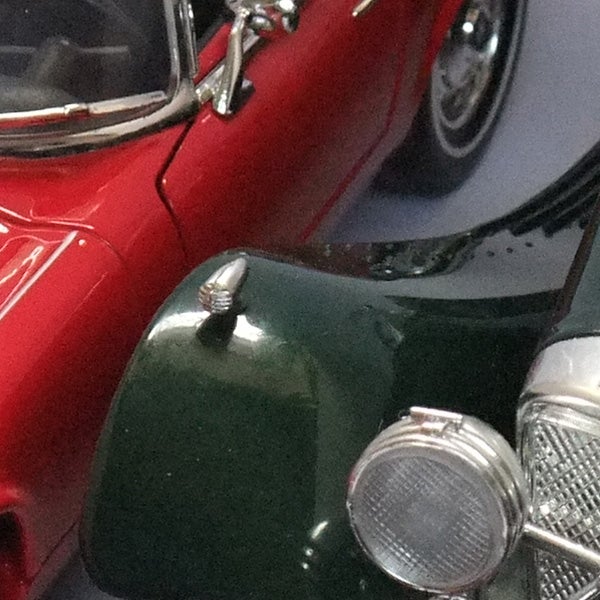 There are noise effects at 800 ISO, but it resembles fine film grain, and colour reproduction is unaffected. 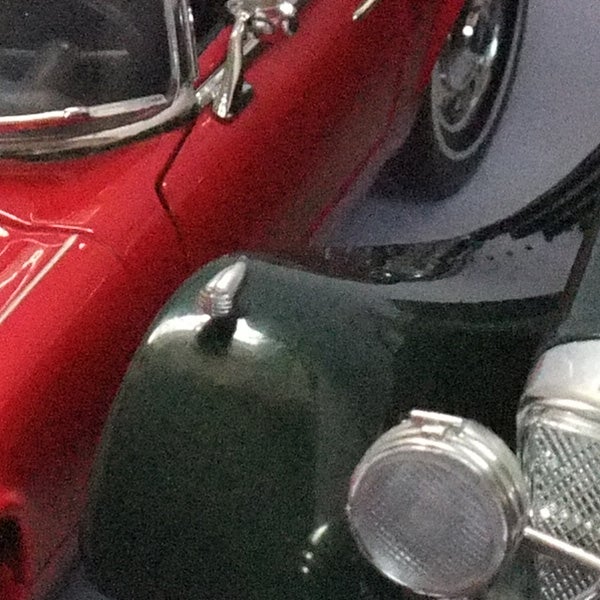 At 1600 ISO the noise is more noticeable, but colour distortion is kept to a minimum and the picture is quite printable. 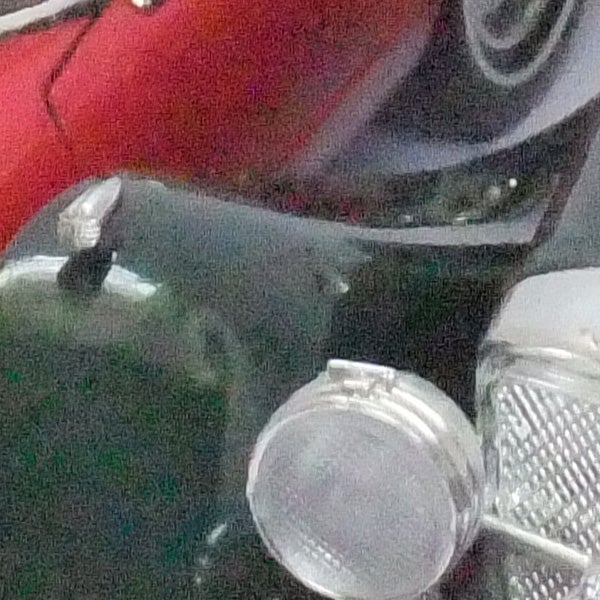 In conventional (non-EXR) mode at 3200 ISO the image quality is really quite poor. 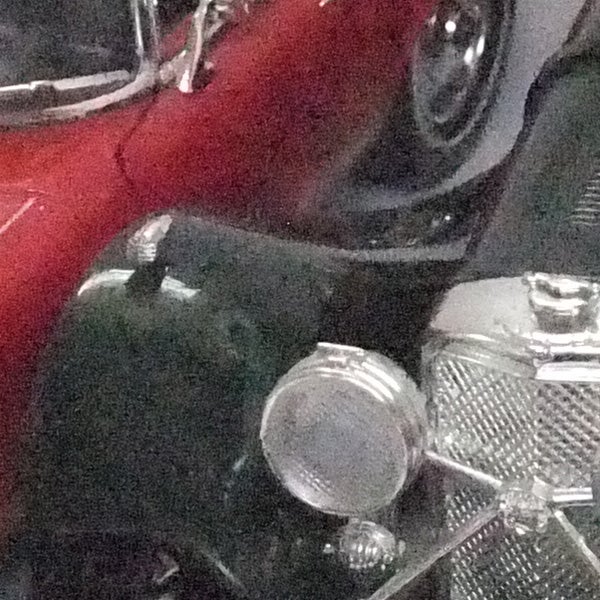 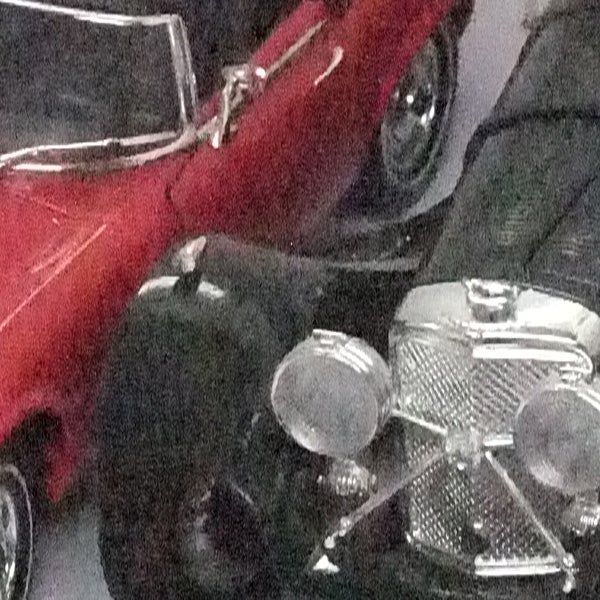 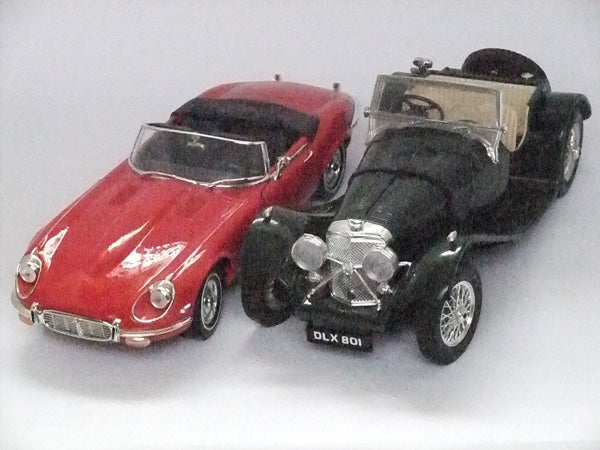 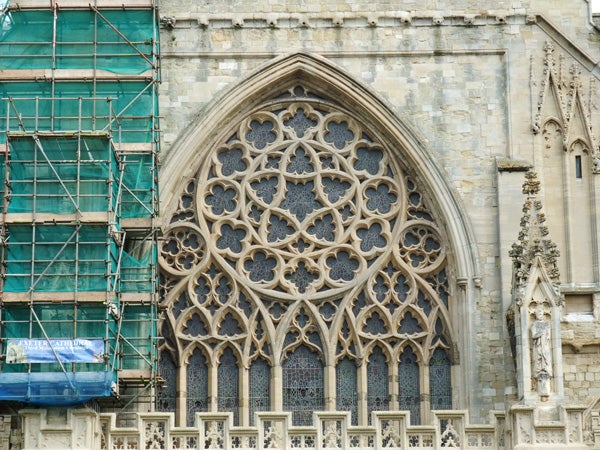 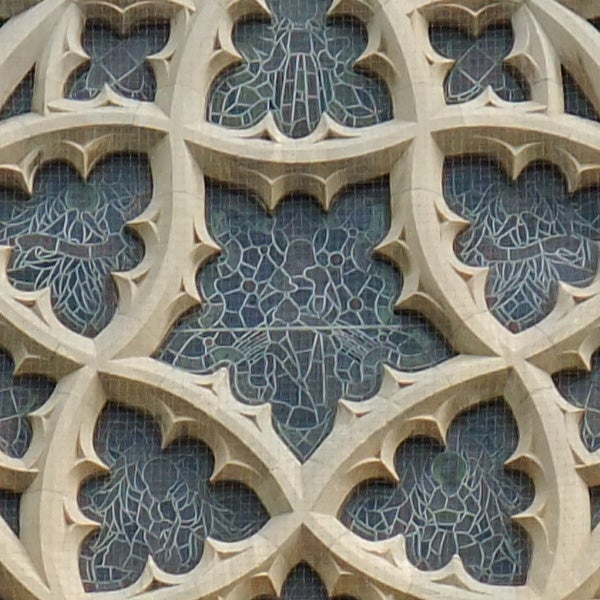 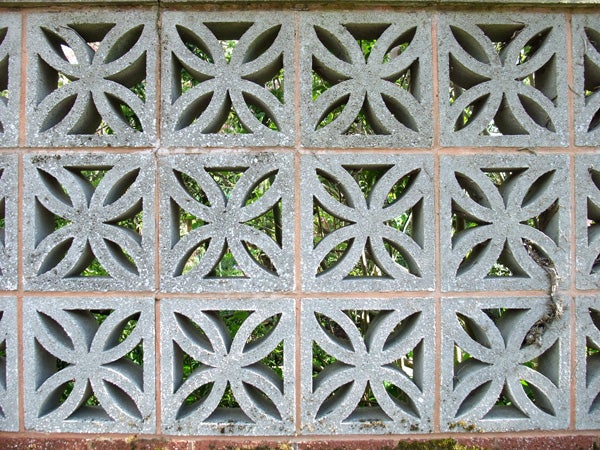 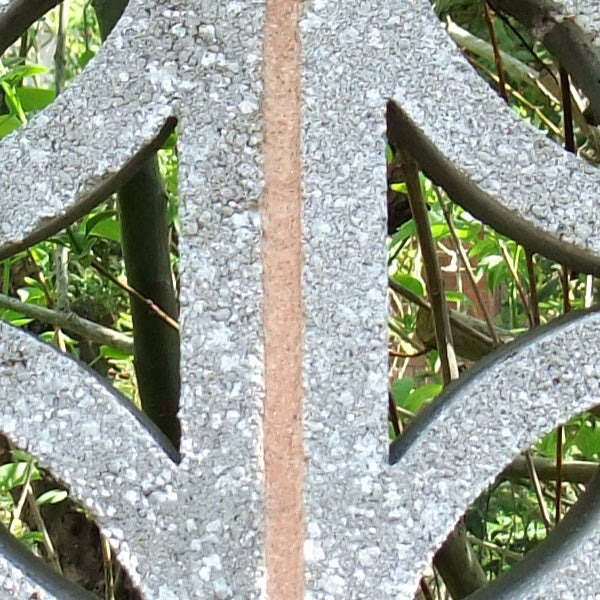 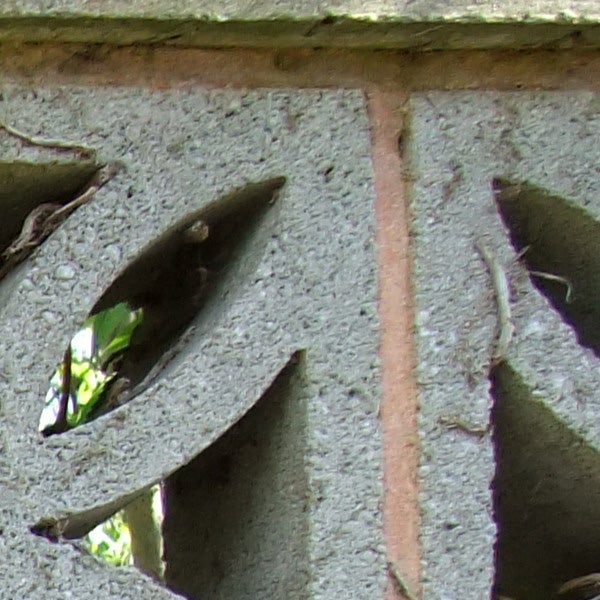 Corner sharpness is also excellent, slthough there is some chromatic aberration and a bit of Fuji’s famous purple fringing. 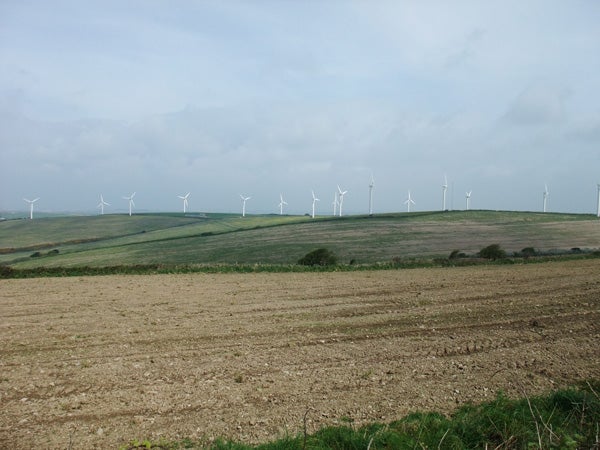 The wide-angle end of the zoom range is equivalent to 28mm, good for landscape shots. 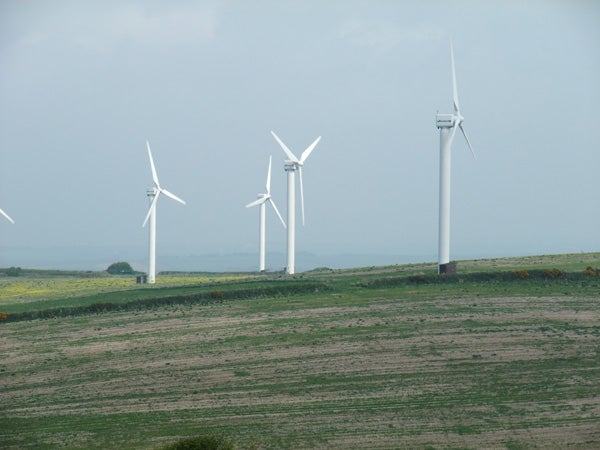 The telephoto end is equivalent to 140mm, good for pulling in distant details. 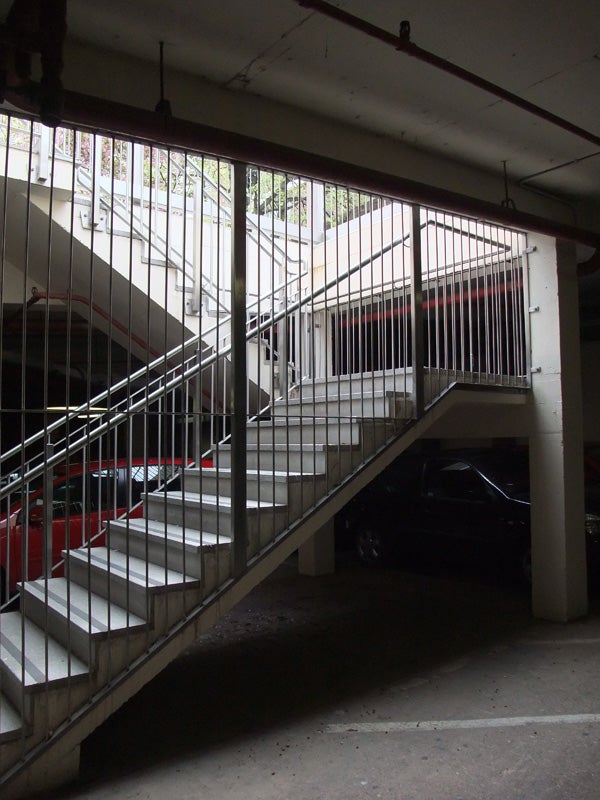 In conventional shooting mode the dynamic range is no better than most compact cameras.


In the EXR Dynamic Range Priority mode the shadow and highlight detail are greatly improved. 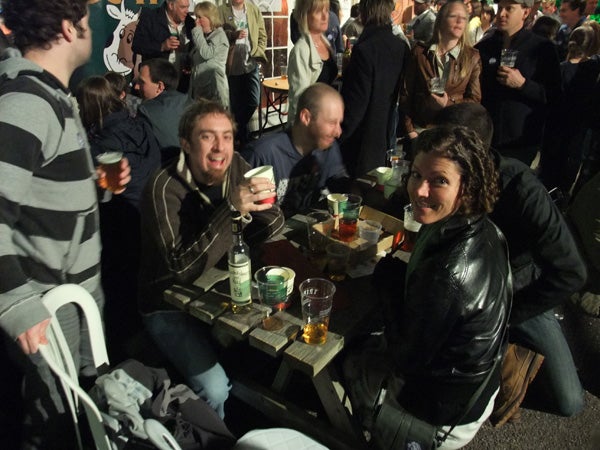 Shot in near darkness, lit only by a single bulb about 30 feet away, the F200 had no problem focusing and producing a good clear photo. 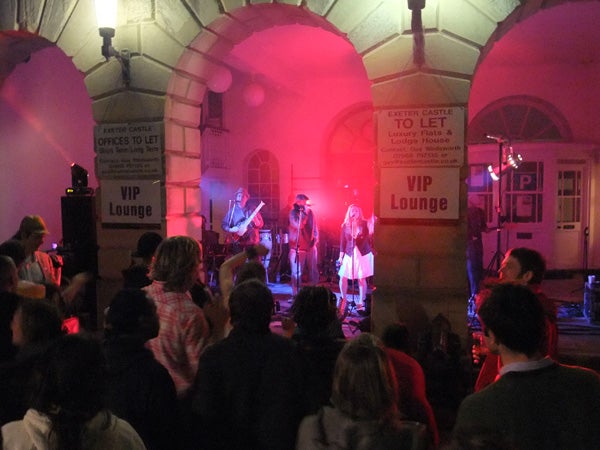 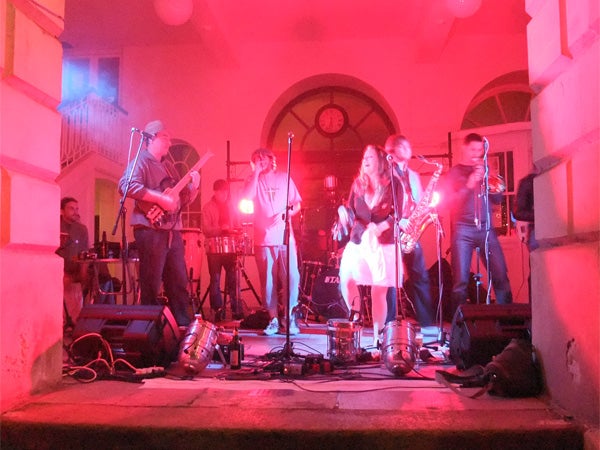 The F200 is great for parties and gigs, capturing clear low-noise pictures in aby lighting conditions. The band is local ska/reggae act Melosa, and they’re brilliant.