Fujifilm’s line-up of consumer digital compacts can be bewildering, with the A-series offering simplicity, the F-series being for advanced users, the Z-series are slim stylish models and the S-series offering DSLR-like operation. In all there are 29 consumer models currently available, some with different colour options. 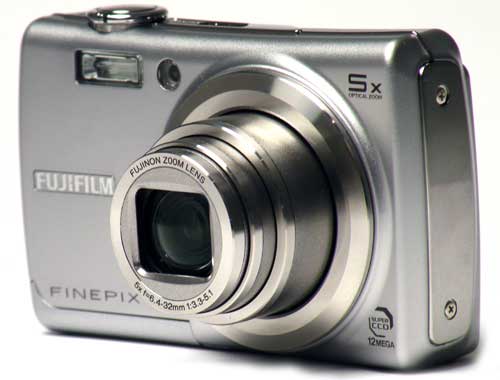 In the F-series, the new top dog is the F100fd, a feature packed 12MP model featuring Fujifilm’s Super CCD HR VIII sensor. The sensor uses the same technology as the top of the range S5 Pro DSLR. Without being too technical about it, the sensor uses a unique pixel array designed to capture a broader dynamic range, in other words the full range of tones from highlight to shadow detail and everything in between. This is especially important in very bright sunlight, when deep shadows and glaring highlights are common.


The camera features a host of other cutting edge technology, including Face Detection auto focus. This technology, now almost universal in compact cameras, recognises faces in the frame and focuses on them, as well as optimising exposure and digital parameters such as automatic red eye removal.

This model can recognise up to 10 faces in the frame and, as well as being faster than previous models, can recognise faces at more extreme angles, claims Fujifilm. The anti red-eye system can correct the image in 0.1 seconds and saves both the original file and the corrected file. 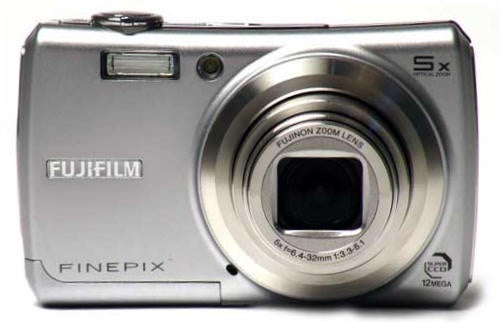 The other headline feature of the camera is its image stabilisation, offering both a mechanically stabilised CCD (i.e. the sensor moves to counteract the effect of camera shake), and high ISO sensitivity to avoid subject based movement. Of course the latter also allows for photography in low light. In fact Fujifilm has really pushed the boat out when I comes to the camera’s ISO range, stretching as it does from ISO 100 to 12,800, although ISO 6,400 and 12,800 are at a reduced 3MP resolution.

Fujifilm has incorporated a useful 5x zoom lens, offering the equivalent of 28-114mm, with a digital zoom of 8.2x. Normally we don’t recommend digital zoom, as it works by cropping the image area, resulting in reduced resolution. However, when the cameras initial resolution is this high, then digital zoom starts to become a useful tool. It still produces a 12MP file, so obviously there’s some interpolation going on. 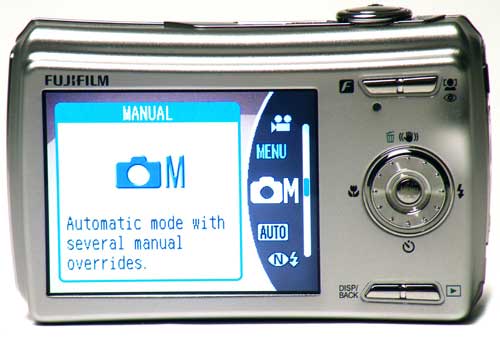 Despite its advanced status, the camera is more or less auto everything, with no manual aperture or shutter control. There are also 16 scene modes, covering a wide variety of commonly photographed subjects. Amongst this little lot are the standard landscape, beach, snow and so forth along with a couple of more unusual modes such as ‘natural’ which takes two shots in quick succession – one with and one without flash so you can choose which works best, and ‘natural light’ which retains the natural ambient light, ideal for candle-lit scenes for example.


As well as a portrait mode, the camera also features an enhanced portrait mode, which offers some skin smoothing to reduce the appearance of wrinkles, digital Retinol A if you will. Because you’re worth it. 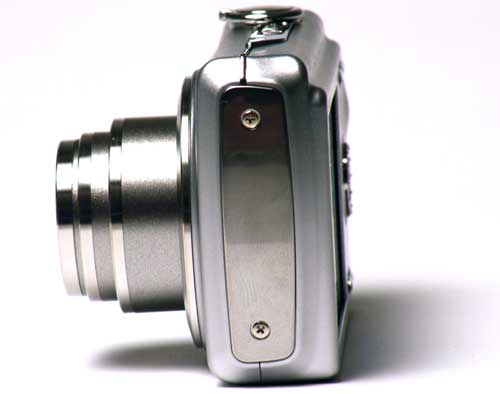 Another useful feature in today’s digital world is the blog mode, which automatically reduces the size of images taken for quick uploads to websites and blogs. There are two sizes available; 640 pixels and 320 pixels. This is also enhanced by Fujifilm’s IrSimple technology, which allows image transfer to compatible infrared enabled devices. 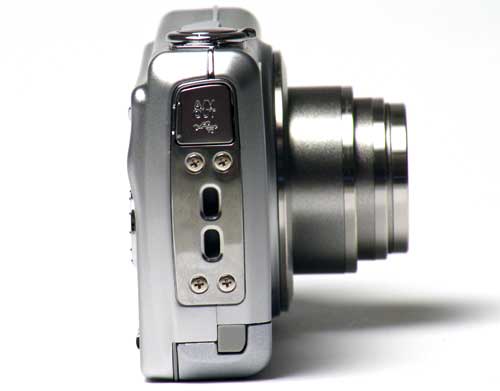 Fujifilm has taken a traditional approach to the camera design, resembling as it does many compacts of the last 20 years. The sturdy aluminium body is robust and the camera has a satisfying weighty feel. Despite this, it remains small enough to easily fit into a pocket. The lens retracts fully into the body to provide a fairly slim profile when powered off.


Finally the two buttons on the bottom right operate playback mode and LCD display options, including a grid screen display for composition assistance.

There are two menu systems, the main menu with all of the set up controls, metering options and so on and the Finepix menu. Fujifilm was among the first to include a separate function button offering fast access to common settings such as ISO and it’s good to see that it’s still here. However Fujifilm’s choice of included settings is somewhat puzzling. There are no metering options, they’re in the main menu, along with White Balance and exposure compensation. But there is the useful Dynamic Range function, to help open up the shadows and mid tones, and a useful film mode, offering standard, chrome and monochrome options. Weirdly though, Fujifilm has placed the power management control here, with power save modes, quick AF and LCD brightness all bundled in the same submenu. This just doesn’t seem logical to me.


The main menu is simple to navigate, with a bright and clear labelling, while the scene mode menu offers short descriptions and sample images of each modes purpose and effect. 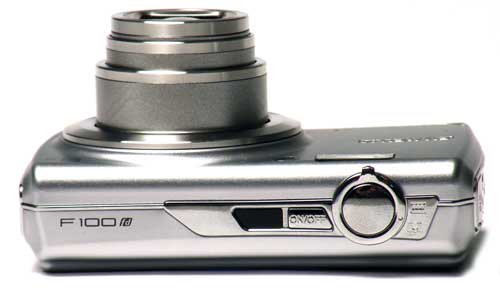 Despite my initial reservations about both the need for a 12MP compact and the amount of noise it would produce, the images from the F100fd are rather good.

Exposures are bang on 99 percent of the time and image clarity is very clear. More pixels theoretically means sharper images, and generally the F100fd captures plenty of sharp detail, especially when images are viewed at less than 100 percent or printed up to A4. What’s refreshing though is that the cameras sharpening algorithms don’t go overboard, keeping images natural looking rather than too digital.


Similarly colour is very nice and natural, which we’ve come to expect from Fujifilm, with its long history of producing colour films and photographic papers. The chrome option adds a bit more vibrancy and punch to the images; with its main purpose to mimic the look of 35mm slide film.


The camera’s raison d’être is its dynamic range function, this is what the sensor was designed for. I was lucky enough to use the camera over a particularly bright bank holiday, with high contrast especially on the beach with the sun reflecting off the sea.

The camera coped admirably in the auto setting, but in the deep shadow areas the option to boost the DR by 100% or 200% was a real benefit. The best thing about this though is that the system is sensor based, rather than the software-based systems used by Nikon or Sony for example. This results in images that look really natural with no disintegration of the mid tone which can sometimes happen with other cameras.

Fujifilm has long been a believer in using high ISO settings to avoid camera shake, and was one of the last to incorporate optical or mechanical image stabilisation. As a result the company has become adept at producing high ISOs while keeping noise at a minimum. Cameras like the F10 produced startling results at ISO 3200, and the F100 continues that tradition. There’s no denying the noise is present, but the noise reduction algorithms employed by Fujifilm along with the excellent sensor and processing produces excellent results.

This camera probably won’t many win plaudits for style, it looks quite bland, with little wow factor, but it produces the goods. It’s well made, easy to operate and has a feature set that appeals to the photographic savvy. However it would be nice to have some more manual control such as aperture and shutter, and a histogram would also be nice. It’s a little too high end for the average snap shooter and just a little to basic in operation for the enthusiast, despite having features that the enthusiast would love, especially the dynamic range function. 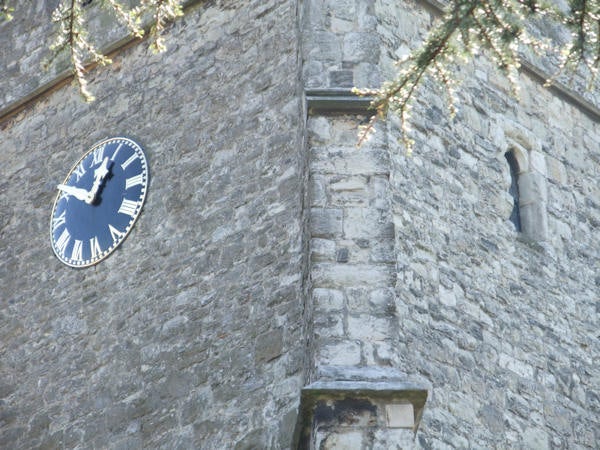 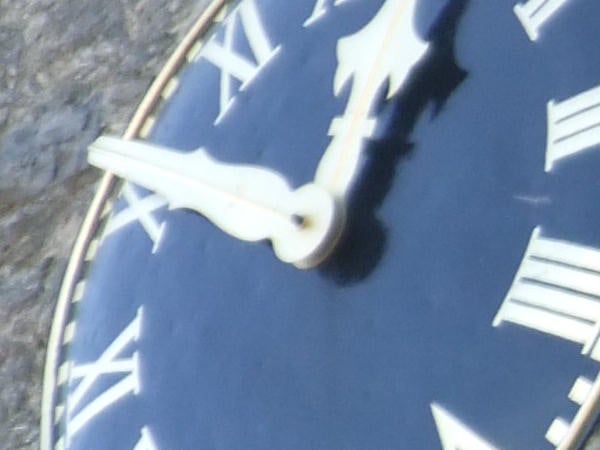 100 ISO. The image stabilisation didn’t cope to well, but the image is noise free. 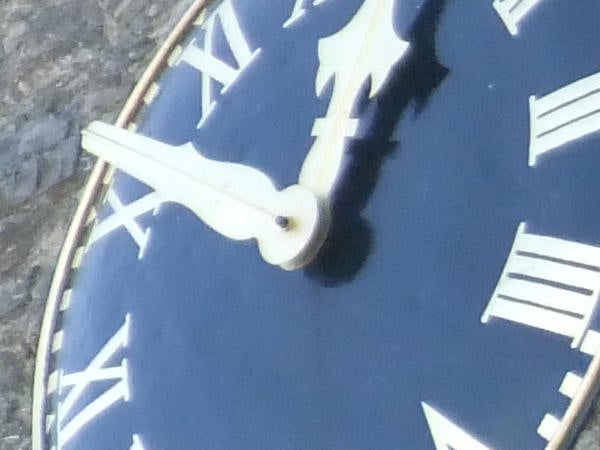 At ISO 400 the camera still manages to produce smooth results. 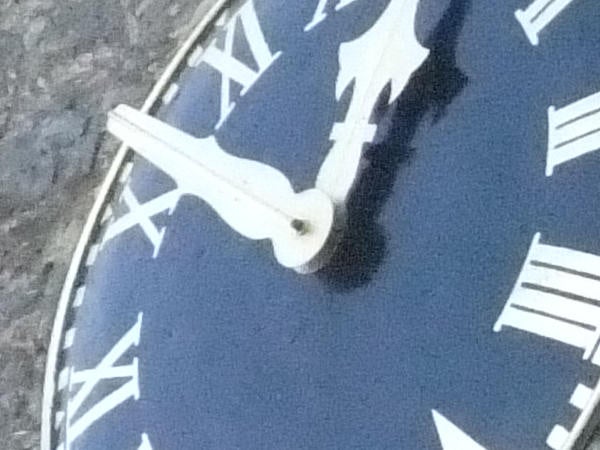 Noise is visible at 100% but it’s not too terrible yet. 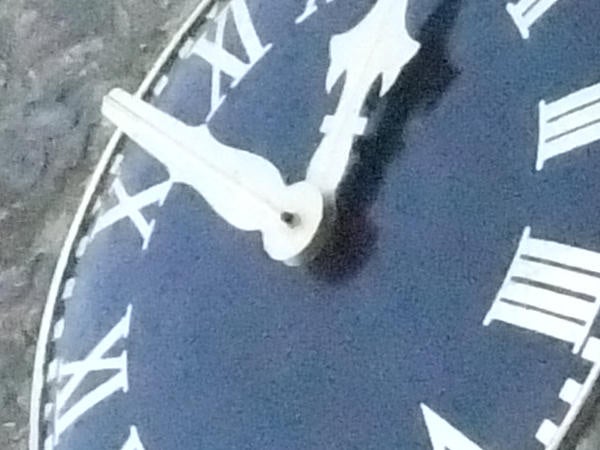 Noise is creeping in at 3200 ISO but image quality is still acceptable. 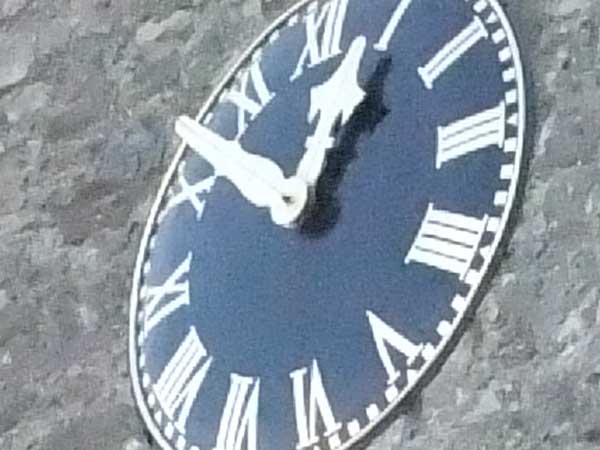 It’s unusual for compacts to go to m6400 ISO. Noise is visible but at a push it’s useful to have. 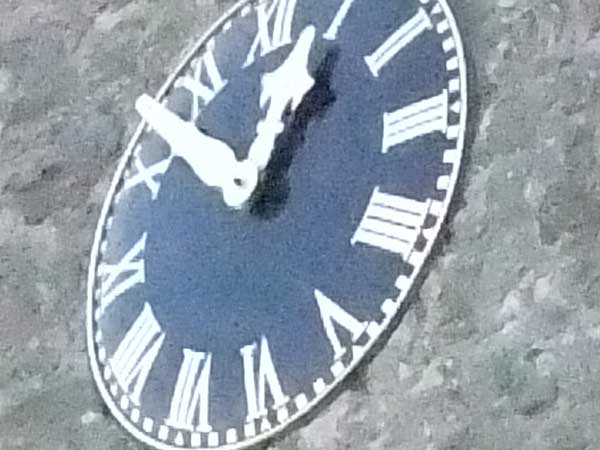 ISO 12,800. This is pushing the boundaries of possibility and the combination of noise reduction and noise gives a painterly quality. 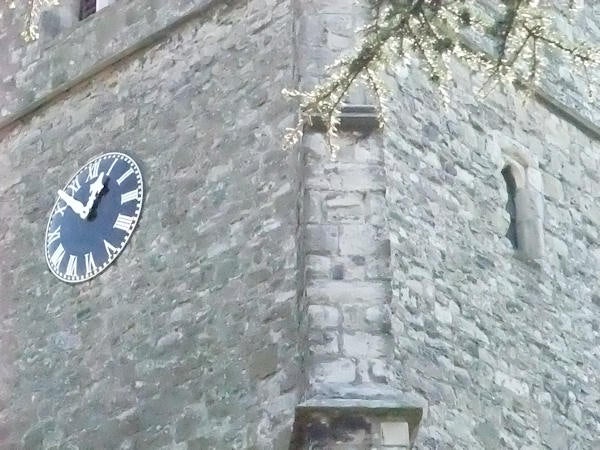 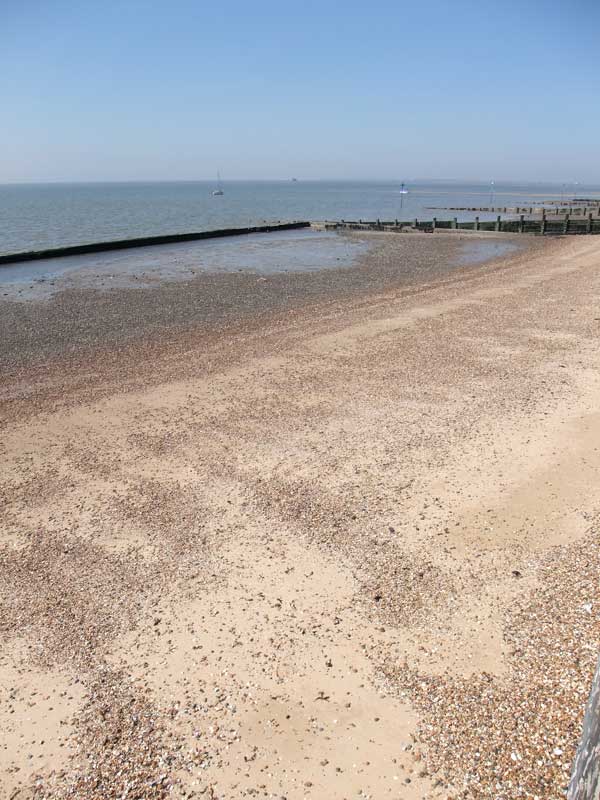 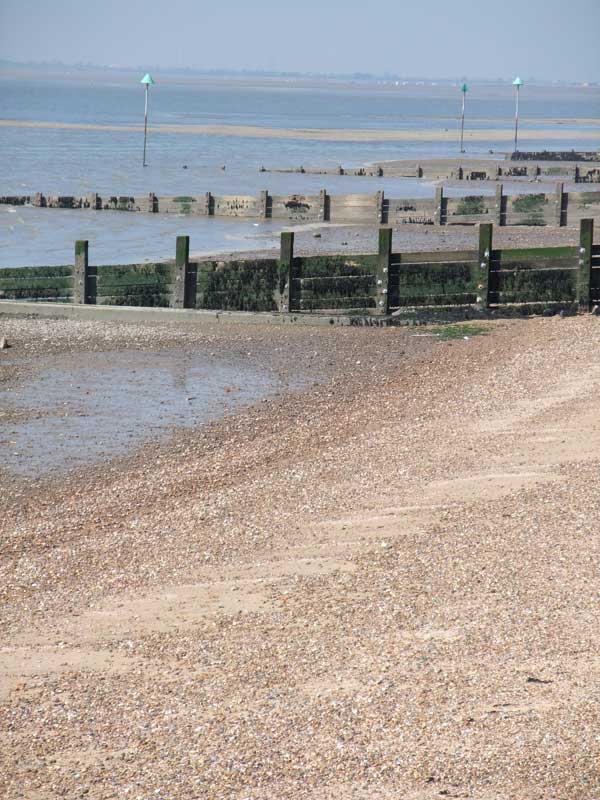 The telephoto end of the 5x optical zoom is equivalent to 114mm. 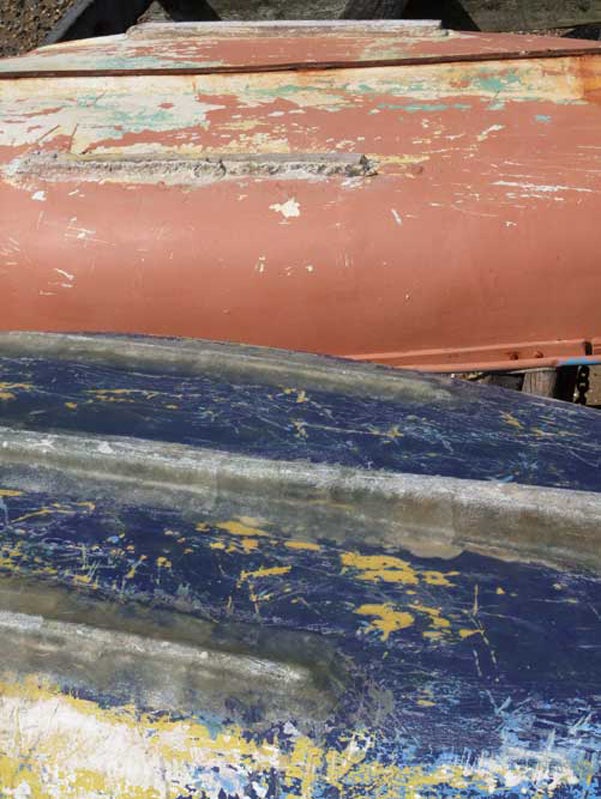 Fujifilm’s expertise in colour science shows throughout the images. 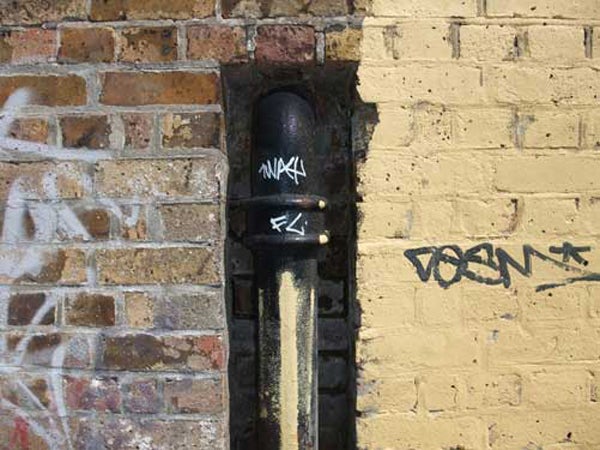 The 28mm end of the lens shows some barrel distortion.

A range of general test shots are shown over the next two pages. Some pictures may be clicked to view the original full-size image. 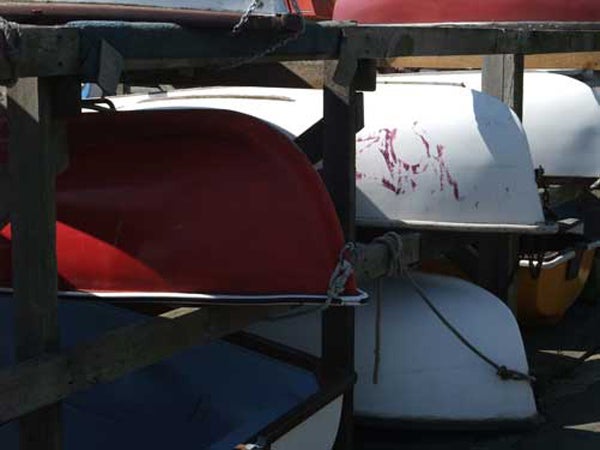 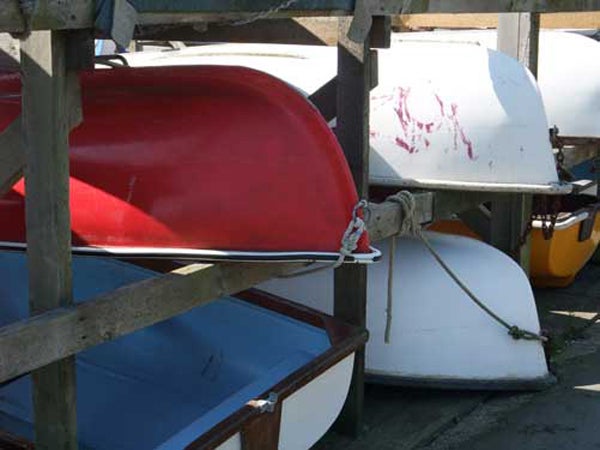 …200 percent dynamic range. The sensor is designed to cope with high contrast and at the highest setting of the dynamic range function has nicely opened the mid tones without looking false. 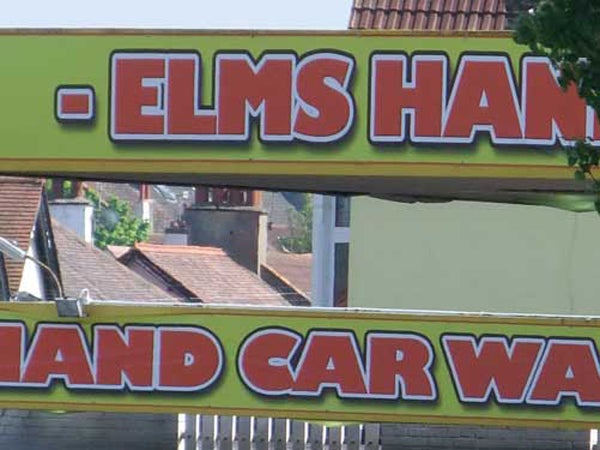 We don’t usually recommend digital zoom but the high resolution of the sensor makes this a viable, if not perfect solution.