Kicking off the testing phase with the tough challenge of a few standard definition Freeview broadcasts proves promising. The 32F8030 handles them far better than most budget TVs, upscaling them to the screen’s native full HD pixel count very credibly. Extra detail is added reasonably cannily, without making the picture look either noisy or soft, and standard definition colours don’t lose nearly as much punch and tonal accuracy as they do on many rival LCD TVs.

Bright and colourful
Also striking at this point is how bright the 32F8030-T’s pictures look, and how strong but also subtle its colours are. There’s a touch of ‘flaring out’ in white parts of the picture, and a test pattern confirms that there’s a little loss of colour tone resolution at the brightest end of the colour spectrum. But neither of these issues crop up often during most normal viewing sessions, and in any case aren’t as bad as they are on most budget TVs. 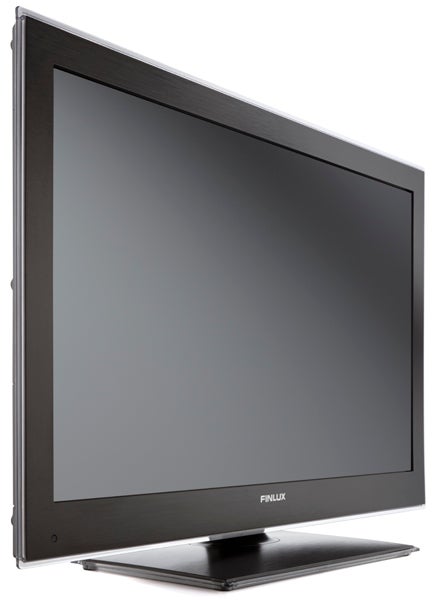 Shifting to HD, the 32F8030-T delivers exactly the sort of leap in quality we hope to see. For starters, sharpness levels are much higher, leaving you in no doubt that you’re watching HD (something that’s actually not always blindingly obvious on budget 32in TVs!). Colours look even more natural as well, in terms of both their tones and the degree to which the TV can render subtle tonal shifts and blends without succumbing to striping.

It’s easier, too, to appreciate the actual range of the 32F8030-T’s colour tones, which is more extensive at both the dark and light ends of the spectrum than you tend to see with budget TVs.

Motion handling, meanwhile, is solid. Sure, there’s a degree of judder during camera pans, and some loss of resolution over moving objects. But the impact of these issues is less damaging than we would expect for the set’s price. Especially given that it’s ‘only’ a 50Hz model, with precious little motion processing to its name.

The last key picture area to check out on the 32F8030-T is the most fraught with danger: black level response. Precious few budget LCD TVs – especially those which, like the 32F8030-T, use edge LED lighting – manage to present dark scenes with much conviction. Yet the 32F8030-T really doesn’t do a bad job at all. Actually, scratch that; it does a genuinely GOOD job. 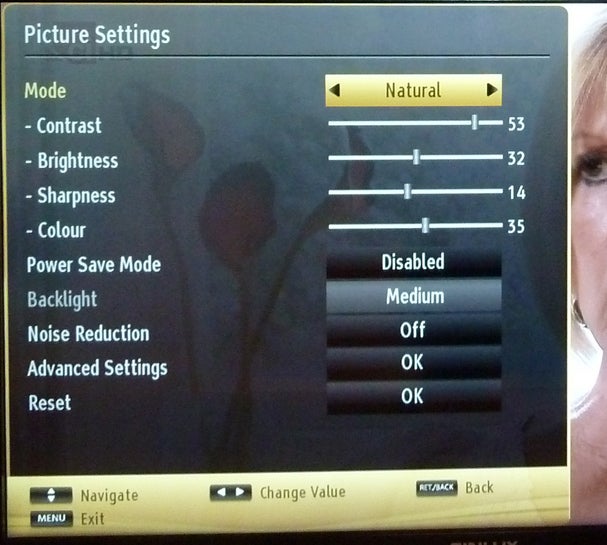 For starters, even the trickiest dark shots for an edge LED TV to handle – as in, those which feature something bright against a generally dark backdrop – display only the slightest traces of backlight inconsistency on the 32F8030-T. In other words, the darkness looks more or less uniform right across the screen, without being disturbed by backlight ‘leakage’ in the image’s corners, or brightness ‘clouds’ over central areas.

Strong contrast
What’s more, unlike with many LCD TVs, the excellent backlight uniformity on the 32F8030-T isn’t dependent on you removing extreme amounts of brightness from the picture. In fact, the backlighting still looks very consistent even if you use the TV’s Dynamic setting, which is actually way brighter than most rooms will need.

Used as the main TV for the review period
Tested for more than a week
Tested using industry calibrated tools, discs and with real world use
Tested with broadcast content (HD/SD), video streams and demo discs
Previous
Finlux 32F8030-T Review Next
Conclusions Review