I used to think that high end audio and modern digital music were completely incompatible concepts, but over the past two or three years, this olde-worlde outlook has gradually been worn away. Like the sea eating away at a crumbling chalk cliff, music compression, streaming and downloads are slowly but surely changing even the way hardcore audiophiles see the musical world.


As if to prove this we’re beginning to see ‘proper’ hi-fi manufacturers making iPod-compatible products, and even higher end, boutique manufacturers such as Ferguson Hill and its FH007 system, have acknowledged the rising importance of the increasingly DAP-centric view of the music world.

The Fatman iTube ValveDock iPod music system is one of this new breed of products, marrying hardware that’s traditionally been seen as the preserve of expensive audiophile hardware with the ubiquitous digital media player.


It has a pretty impressive pedigree. Though Fatman is a relatively new company, it’s actually a sub-brand of TL Audio, a firm that has been producing valve-based pre-amps and processors for the professional market since 1993. 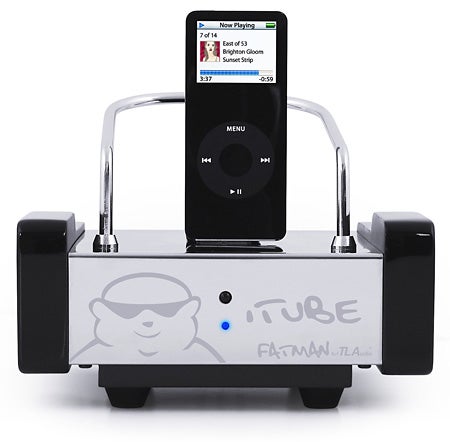 And you only have to clap eyes on it to see that there’s something special about this product. I’m not talking about the fabulous chromed finish, or the stonkingly solid build quality, though the ValveDock has both of these things in abundance. I’m not even talking about the wonderfully retro toggle switch on the front, the glowing green vacuum fluorescent tube that pulses in time with the music, or the pleasingly smooth volume control knob, though these are all lovely touches. I’m talking, of course, about those three glowing protrusions on the top – good old fashioned valves. 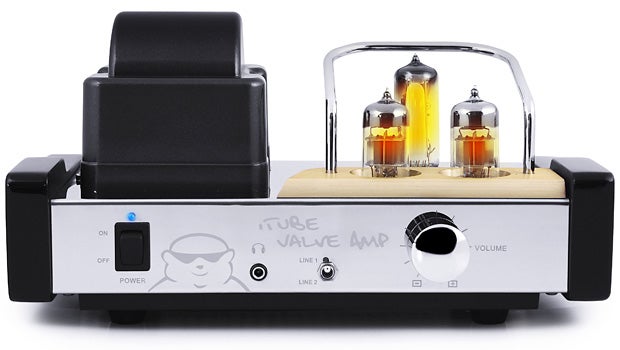 It’s been a long-maintained opinion of a certain section of hi-fi fans that valve-based equipment has a warm, lush sound that transistor-based equipment simply can’t match, and I’m one of them. It’s this ‘warm’ sound that the ValveDock aims to exploit. In fact, the ValveDock uses a hybrid of transistors and valves to produce its 13W per channel output. It’s an approach that has been taken advantage of by various audio companies in recent years, notably Shanling in its outrageous seventies-spaceship-style valve CD players.


Unlike other iPod hi-fi systems, the iTube ValveDock comes in two parts. The business end is the hybrid valve amp and the second part in question here is the iPod dock. It’s designed to work with all iPods (apart from the Shuffle) – you just drop your player onto the connector and adjust the cunningly-designed sliding metal bracket so that it fits.

This is no ordinary dock, however, limited to next track/previous track functionality, but allows access to all the important functions directly from the 27-button remote control, including one-button shuffle activation. Though I have to say that nano owners will probably find that a pair of binoculars might be a good investment – it’s hard enough to see what you’re doing from the sofa with a standard iPod. 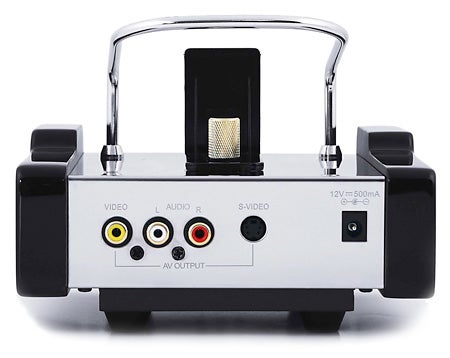 The Dock connects to the amp via standard stereo phono cables, and it’s a bit more flexible than the Ferguson Hill FH007 set-up too, with a spare pair of inputs on the rear for connecting another source and a 3.5mm socket on the front for headphone connection. More inputs would have been nice, though you do get a set of reasonably good-quality plug-terminated speaker cables thrown in, which is better than the usual bell-wire rubbish that comes with micro systems. 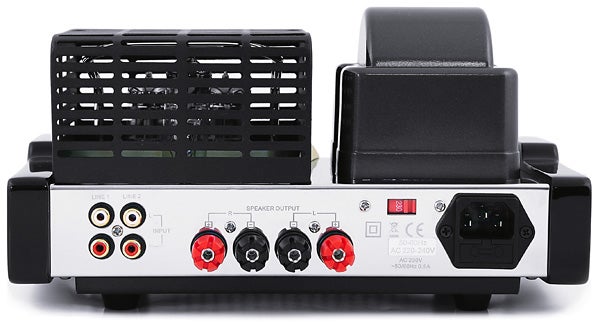 You can also buy the system complete with a pair of two-way bookshelf speakers for around £100 more. Fatman supplied a pair for this review, and though capable, extremely solidly made and beautifully finished in their gloss black paint, I’d advise you to spend a bit more on your speakers to get the most out of the system. It’s also worth noting that, because they’re rear-ported, the Fatman speakers are more sensitive to how you position them in a room than sealed or front-ported boxes. They need to be quite close to a rear wall to produce any kind of decent bass.

The ValveDock itself, thankfully, is much more capable. To push it to its limits, I hooked it up first to my Sonus Faber Concertino speakers, mounted on Target K-series stands, which should be more than a match for its capabilities, and then my ultra-sensitive home-made floor-standing speakers, built around a pair of Audio Nirvana Super 8 full-range drivers.


And I must say I was impressed with the results. Don’t let the numbers fool you: the iTube belies its seemingly lowly 13W output per channel, producing clean and smooth music at volume levels loud enough for most living rooms. As befitting its valve heritage, music sounds wonderfully lush and smooth. Vocals, in particular, sound intimate, and musical in a way valves only can.

Diana Krall, Stacey Kent and Frank Sinatra were all played in quick succession through the iTube, and in each case the iTube conveyed the music with a sense of enjoyment and listenability, coupled with an admirable sense of clarity and control. All of the recordings of these artists I own have the ability to turn your living room into something resembling a live venue with the right equipment and the ValveDock stacks up well here, producing a convincingly ‘live’ stereo image and feel. 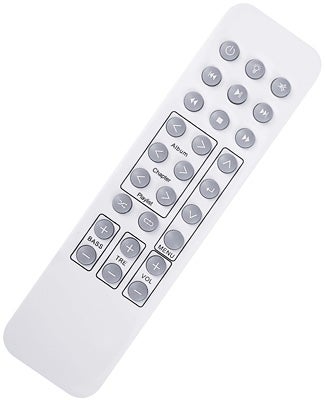 With classical, too, the music really sings out of the speakers in a completely wonderful, ‘valvy’ sort of way. Mozart’s Clarinet concerto is handled deftly, with pace and subtlety, while Andreas Scholl’s pure countertenor on his fantastic album, ”Arias for Senesino”, sounds realistic without being piercing. You can really hear the valves coming into their own on this recording.


What the iTube can’t quite mete out is the ultimate in bass control. Where more powerful amplifiers will provide grip and tight, tuneful low notes with my Sonus Fabers, the iTube tends to run out of steam. Firing up some Jamiroquai on the trusty iPod, there’s not quite the thump and punch to notes on tracks like ”Capricorn Day” and ”Deeper Underground” that you get with more powerful amps, though more natural, less electronic bass tends to fare better. 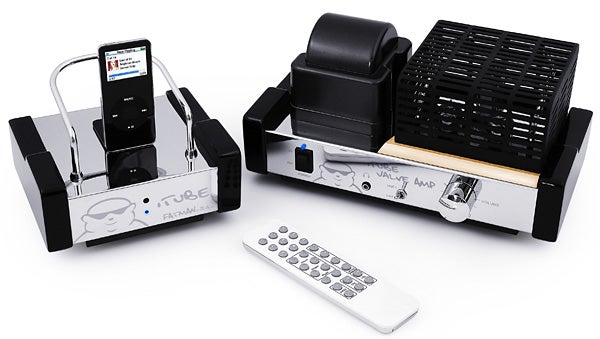 It’s similar, in this respect, to the Ferguson Hill FH007s – great with vocals and not so hot with electronic stuff. But the ValveDock has a much less forward, in your face kind of sound. For my money, the Ferguson Hills are the better all-in-one package, but coupled with a decent set of speakers, the ValveDock is a very good alternative if you’re after a more laid back sound.


Despite this, you’d be mad not to consider one of these if you’re after the ultimate partner for your iPod. The Fatman iTube ValveDock is not only fantastically well-made, absolutely gorgeous to look at, and extremely well integrated with the iPod’s control system, it’s also a very good amplifier in its own right – a world away from the rather compromised iPod Hi-Fi.


It might seem a lot of money to pay just to amplify your iPod, but trust me; it’s a much better solution than the aforementioned iPod Hi-Fi and, coupled with a good pair of speakers, will unleash new life from your music collection.