Fallout 4’s Automatron DLC doesn’t really scream ‘must buy’ when you first come across it. Feeling very much like a way to kickstart the game’s season pass as opposed to anything meaningful, you’d be forgiven for ignoring it. So what a pleasant surprise it is to discover that it’s actually very good.

Based predominantly around robots – which is probably an instant turn on or turn off depending on how you take to big chunks of metal – Automatron is constantly focused on showing just exactly what you can do with a friendly cyborg. After meeting new companion Ada and running one small errand, you’re given access to a new workbench and from here the tools to build your own animatronic become readily available. 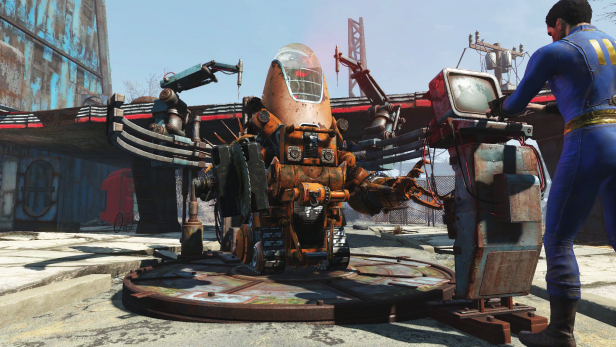 This is where you’ll likely be sucked in, namely because developer Bethesda has gone to great lengths to ensure there’s plenty to play around with. Constructed out of crafting materials – that you’ll already have plenty of if Fallout 4’s settlement building sunk its teeth into you – there’s far more depth here than you’d expect a piece of DLC to have.

You can’t build The Terminator, but those with a tendency to want to tweak and fiddle have more than enough to keep interested. Hell, those who don’t like to get bogged down with such things may find themselves spending just a minute or two extra tinkering with the many options. You can even control how much stuff the bots carry, which in short means if you want to use one as a suitcase, you can. 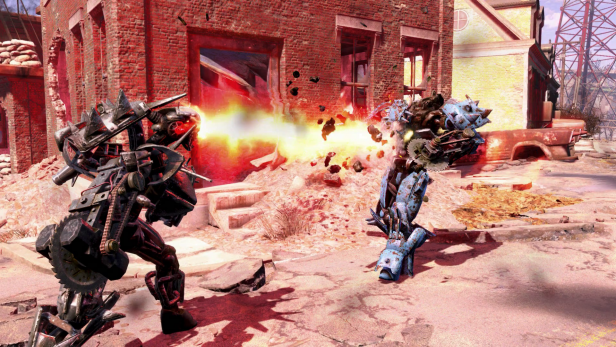 These robots don’t just exist for the sake of it, of course. Far from it. Once you’ve decided upon a mechanical buddy – and you can build more than just the one should the mood take you – it basically becomes a walking gun. Much like how you’d upgrade any weapon in Fallout 4, the right equipment can be used to fortify and improve this tin can, and not just for when you decide to bring it with you as a companion. Perfect for watching guard over your settlements, you can become the sergeant of a whole robot army if that’s what your brain is telling you to do. They can even all be the colour blue…

Outside of this Automatron is very much the Fallout 4 you’ll remember. There’s a bunch of new loot available – some of which is very enjoyable to use, especially when electricity is involved – and a relatively small questline to see through to the end. All fashioned around robots (obviously), you’ll be shooting lumps of autonomous metal while walking through new locations that are robot-themed. Plus there’s a new Holotape game based on the classic Robotron 2084.  See what I mean about needing to like robots?

It’s all very well put together, however, the two aforementioned areas forming the main part of proceedings. Whereas one exists to introduce a new raider faction, the other houses a boss, but both boast excellent backstories that are waiting to be told. As ever you can ignore these entirely if you just want to smack things in the face, but taking some time to read the terminals and understand what exactly has gone on does make for some fascinating storytelling. Fallout 4 was already masterful at creating atmosphere through such devices, and it carries that on here wonderfully well. 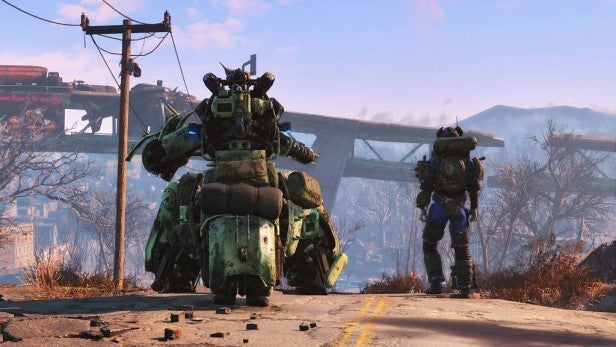 With all this said, however, Automatron is not going to take you a very long time to complete. While you need to be level 15 before you can activate the quest, I would assume most people are far higher than this meaning you’ll likely march through it with ease. That doesn’t mean you’re not going to enjoy what’s here, but if you’re expecting to sit down and be greeted with the meaty innards you’re used to when it comes to Fallout then you may want a rethink.

This is definitely more of a starter than a main course, but it manages to serve as a great showcase for what Bethesda has planned for its run of downloadable content. If even the smaller touches are going to be as thought out as this, then when a more sustainable add-on is released it should be quite notable.

Automatron will definitely make season pass owners feel pleased with their purchase, and while those considering buying it as a one-off may want to ponder the length before slapping down some cash, ultimately any Fallout fan is going to be entertained. 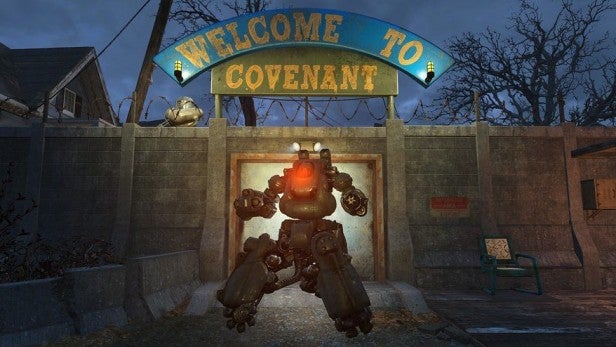 A decent first DLC offering from Fallout 4 and one Bethesda will hopefully build on. Automatron isn’t the longest content you’ll ever play, but it’s enjoyable nonetheless.