With recent price cuts in the Evesham LCD TV range the company has, in no uncertain terms, positioned itself in the budget LCD market. It’s a sensible move really, especially considering the number of marquee brands Evesham must compete against. Of course, as John Archer pointed out in his recent review of the Alqemi 42SX, there’s always a certain level of impending trepidation when reviewing budget LCD TVs and I couldn’t help but share his sentiments when faced the Alqemi 32in Alqemi TX. 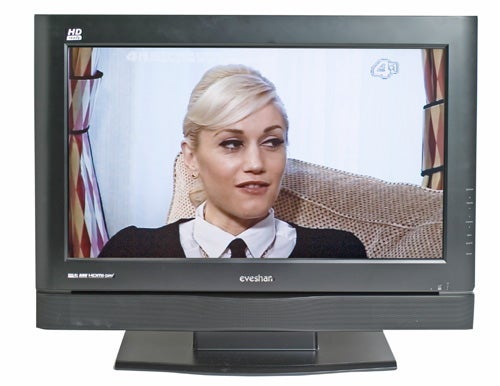 We’ve had the TV setup in the office for a while, just waiting for some attention. But, well, just looking at it inspired little in the way of confidence. To use an oft used analogy, if one were to look up ‘generic’ in the dictionary there’s a good chance you’d see this TV sitting there. The matt black plastic, the awkward styling, the slightly nonsensical gap between the speakers and main body of the TV; they all combine to cast grave doubts over its proficiency.


Thankfully, things do look up once you take a look at the feature list. For starters it’s cheap, just £499 for 32in of viewing and a level connectivity you’d be pleased to find on a TV costing twice the price. In all there are two SCART sockets, S-Video, composite, component, HDMI, D-Sub, DVI and 3.5mm audio inputs while analogue and digital TV tuners are also built-in.

There’s also a Common Interface (CI) slot for TopUp TV functionality and a set of audio and video outputs including one RCA video, three RCA audio (one sub, two main) and an optical out too. The very picky might want to see another HDMI port, but if you want multiple HDMI ports you need to be spending more money than this and even then you might not be getting as much as the Evesham in terms of overall connectivity.


Panel specification throws up little in the way of surprises. A native resolution of 1366 x 768 is par for the course, as is the 1000:1 contrast ratio, the 550 cd/m2 brightness rating and the 8ms response time. Predictably, however, it’s the image quality that suffers the most from the budget outlook; although not as much as the generic exterior might have suggested.

The main problem is the contrast levels. Whites can appear too white, making them rather harsh, while black levels are predictably average. The combination of harsh whites and average black production creates an ever so slightly bleached look, and thus the Evesham struggles with darker scenes from films such as Miami Vice on HD DVD and games like Gears of War.


Adjusting the backlight and contrast settings didn’t help matters too much either, generally making the picture far too dark or bright rather than improving the balance. Background noise is also a problem, and though the Evesham has three levels of noise reduction you’d be hard pressed to notice the difference between them. Obviously better picture processing is one of the things you’re getting with a big brand TV, but you’re also paying for the privilege. 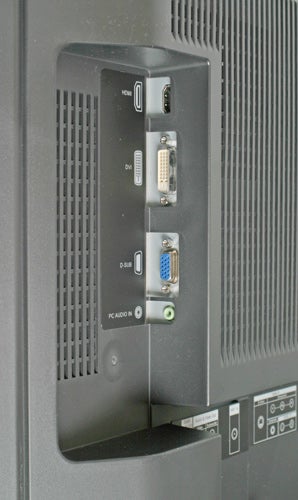 Thankfully, colour production is fairly accurate sporting a suitable level of vibrancy. It’ll never blow you away, but it’s more than good enough and the overall level of detail is also pleasing. The 1,366 x 768 resolution precludes full 1080p output, but it does 720p well and will happily scale down 1080i.


High definition content, such as HD-DVDs, looked good and the difference in detail from standard definition content was evident. Gaming performance was also impressive, with no noticeable problems with ghosting or other such anomalies – though we’d hardly expect them these days. 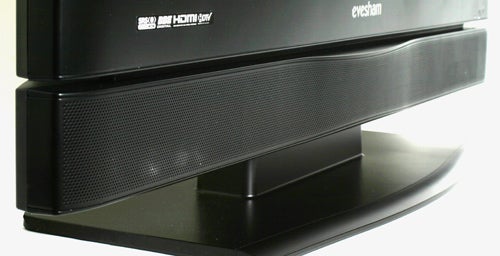 A TV in this price bracket is bound to see a fair amount of standard definition content as well, and here the Alqemi performs adequately. The only other criticism that can be made is of the viewing angles. Discolouration and loss of contrast begins at around 45 – 50 degrees and, though viewable, it deteriorates fairly quickly beyond that.


As you might have garnered by now, the image quality is just good enough. Nothing more, nothing less but just about right – for the price at least. It has its problems, but only the most discerning will be disappointed and they wouldn’t buy a cheap 32in LCD anyway. 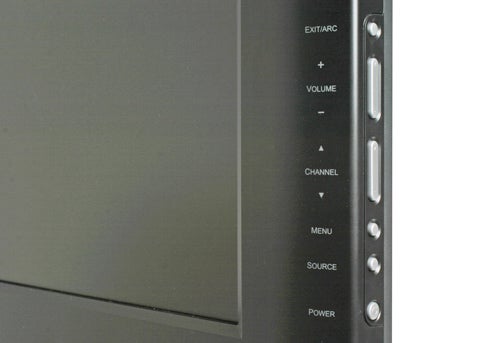 Moving away from image quality, one area where the Evesham surprised – in a good way – was in the quality of its sound. Ordinary stereo was, well, ordinary; but the Evesham also features two different virtual surround effects, one of which was very impressive indeed.

The first is SRS WOW, which I’ve never been a great fan of, but the BBE Digital sound mode was astoundingly good. Even with what are undoubtedly fairly bog standard speakers it created a clear and convincingly wide soundscape. Moreover, this was done without destroying the crispness and clarity of dialogue, as is often the case with virtual surround effects.


Setting up the TV was easy as one would expect these days. With the TV hooked up to an aerial it takes a minute or so to tune both the analogue and digital channels, and once done you’re pretty much ready to go. There’s the now obligatory 7-day EPG which, although fairly quick, isn’t the most intuitive. You can also set program reminders, while child lock and PIN settings add some protection against errant kiddies messing about with your fine-tuned settings. 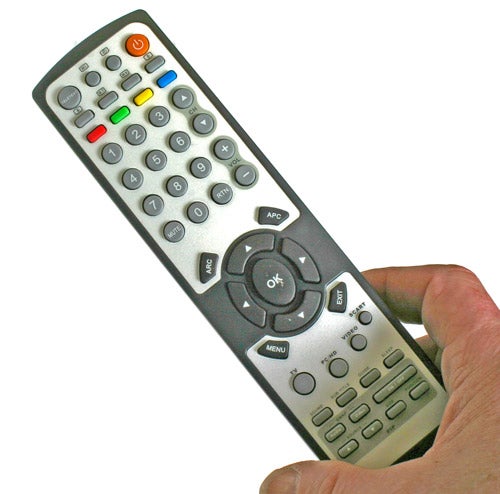 The remote is a typically budget affair, but it’s by no means the worst budget remote I’ve come across – that award goes to Evesham’s own iPlayer.


As an overall package then the 32in Alqemi TX is a pretty good one. The price is attractive, the features and connectivity are excellent and it’s all bolstered by surprisingly good sound. The only areas that predictably disappoint are the design and general picture quality, though both can be tolerated for the price. The only other fly in the ointment is the fact Evesham has recently released another cheap 32in, the Alqemi S, which appears to provide a better looking design, slightly improved contrast ratio and only slightly less connectivity for around £50 less. 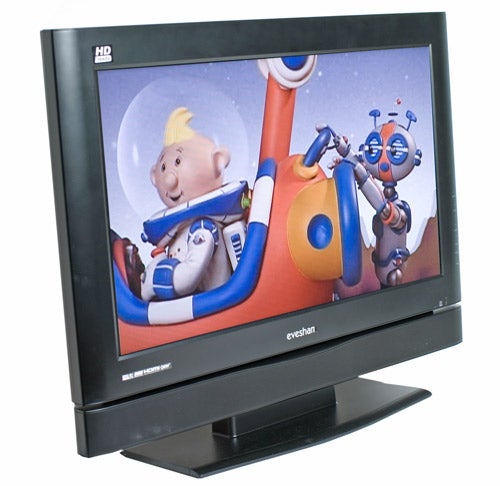 Having not seen the Alqemi S it’s impossible to recommend it, but its very existence puts the 32in Alqemi TX in a slightly awkward position. For all its benefits, given the choice between this 32in and another of similar specification but better looks, the better looking one would certainly have a good advantage. Considering this and how competitive the 32in LCD market is, it’s also worth shopping around extensively before coming to a decision.


There’s no doubting that, for the price, the Alqemi TX provides a great level of connectivity and features. Understandably the image quality takes a hit, but it’s not such a large one that it spoils one’s enjoyment. What does, however, is the decidedly generic look of the TV, and even at a price like this a little more panache could be afforded. If you can see past this, however, the Alqemi TX provides solid performance and good value for money.