Here’s the specification. It’s a six megapixel camera with no autofocus, it only has center-weighted metering and either aperture priority auto or manual exposure. It has none of the usual handy features like auto-bracketing, continuous shooting or a movie mode, and although it has interchangeable lenses they’re incredibly expensive and you don’t even get a through-the-lens viewfinder. And it costs £2,000 just for the body.


Maybe I’m missing something, but I really don’t get the point of the Epson R-D1. It is a digital camera designed to look, feel and operate like an old-fashioned 35mm rangefinder camera, of the type usually associated with names like Leica and Voigtlander, and typically used by the type of photographer who actually has one of those waistcoats with all the pockets. 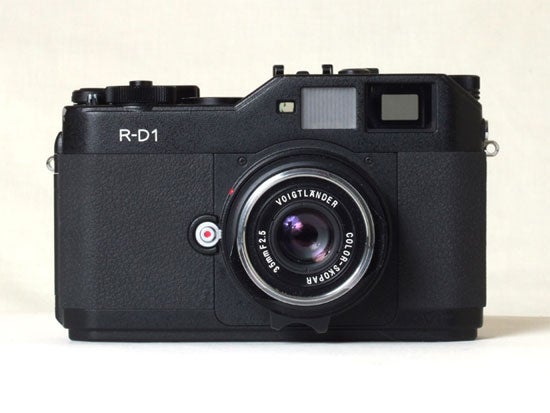 The first 35mm rangefinder camera was introduced by Leica in 1925. It was a huge success and spawned an entire industry of imitators. However the increasing popularity of the more technically advanced 35mm single-lens reflex (SLR) cameras in the 1960s and 70s led to a decline in their use. 35mm rangefinder cameras still have their fans, and several models are still made, including the Voigtlander-Cosina.Bessa R2S upon which the R-D1 is based.


Rangefinder cameras do have some advantages compared to film SLRs, including smaller size, virtually silent operation and mechanical simplicity. Since they don’t have a reflex mirror in the way, the rear element of the lens can be a lot closer to the film, so it is possible to fit extremely wide-angle lenses, which is something we’ll come back to. On the downside they are slow and fiddly to operate, have none of the useful features found on a modern SLR such as auto-focus or advanced metering, and of course there is the problem of viewfinder parallax at close range. 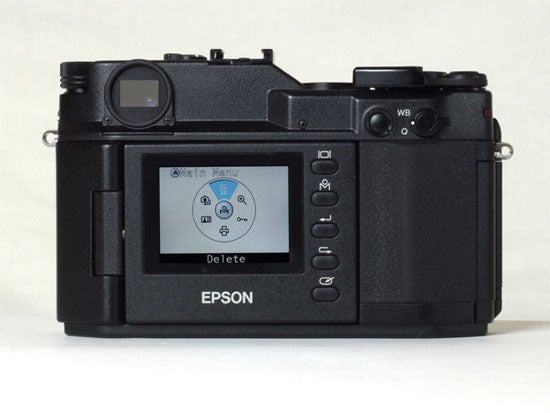 Although the R-D1 has all of those advantages, it also has all the disadvantages, plus a few special ones of its own.


Despite the fact that as a digital camera it obviously has no film, it nonetheless has a film wind-on lever which has to be cranked before every shot to cock the shutter. On a film rangefinder camera the mechanical shutter means that you can still take a picture with dead batteries, but of course you can’t do that with the R-D1, so why have a mechanical shutter? It also has what would normally be the film rewind knob, but here it takes on the role of a jog dial for menu navigation and scrolling through pictures in replay mode.

The viewfinder is the most important part of a rangefinder camera, so it’s odd that this one has no dioptric correction. This means that if you need glasses, you’ll have to wear them in order to be able to focus the camera, but it also has no rubber cushion, so you risk scratching your glasses lenses. In the viewfinder there is an etched outline indicating where the edges of the frame lie and a selector switch to choose between 28, 35 and 50mm frame sizes. 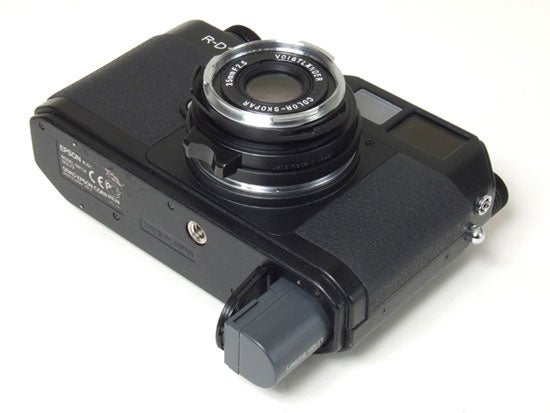 The camera I was lent for testing came with a very nice 35mm Voigtlander lens, a fairly standard focal length for this type of camera, which according to the handy chart on the flip side of the monitor, equates to 53mm. However I found that the coverage of the lens was slightly less than the 28mm setting on the viewfinder. I’ve heard rangefinder camera enthusiasts talk about how great it is being able to see outside the edges of the frame, but the 28mm lines are right at the edges of the viewfinder where it is quite difficult to see both sides at the same time. I found the viewfinder to be very awkward and unpleasant to use, and made accurate framing and composition impossible. I also scratched my glasses.


Instead of an LCD display or information overlay on the monitor, the R-D1 has a circular window in the top with four analogue dials. Their meaning is not at all obvious, but a quick look at the manual reveals that they indicate battery level, number of shots remaining, white balance setting and quality level. It’s very cute, but I think that Epson’s claim that it’s a quicker and more natural way of presenting information is stretching it a bit. I’ve never heard of anyone having trouble reading an LCD display. LCD’s are also usually backlit, these dials are not. 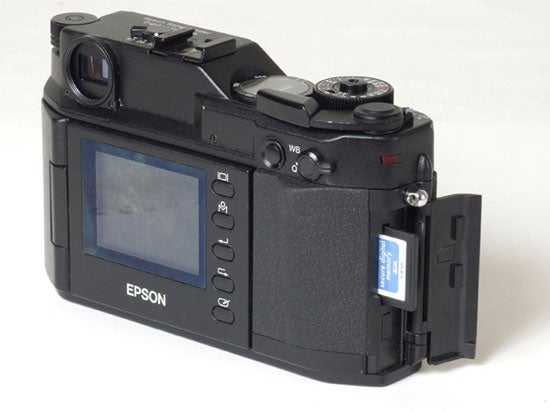 Other controls are equally obscure. There are five buttons next to the monitor labelled with incomprehensible non-standard hieroglyphs, and the strange little circular menu is also labelled with symbols.


Of course all of these quirks could be forgiven if only the R-D1 offered superior image quality to make up for them, but sadly it does not. There is an excellent technical reason why this is the case, one so obvious that I’m amazed that it wasn’t picked up at the design stage.

Digital image sensors work best when the angle of incidence of the light falling on them is very high, preferably nearly perpendicular to the plane of the sensor. All of the digital SLR manufacturers now make lenses specifically designed to compensate for this by moving the rear element of the lens further away from the sensor. The R-D1 is designed to use Leica M-bayonet lenses, which as I mentioned earlier protrude well back into the camera body, which means the rear element is quite close to the sensor and the angle of incidence of the light striking the sensor near the edges is very low.

This sounds complicated, but what it means is that the images produced by the R-D1 with a wide angle lens are noticeably darker towards the edges of the frame, and I mean noticeably. It is possible that the vignetting might be less apparent with longer lenses, but as it stands the R-D1 will have major problems with at least half the lenses it is designed to use, making it almost useless for serious photography. Since it is specifically targeted at the professional and enthusiast amateur market, this has got to be something of a handicap.


There are other problems, including the camera occasionally freezing for no reason, inconsistent exposure metering and the lack of any cleaning mode for the dust-prone CCD. Ironically noise control at high ISO is very good, and the overall sharpness of the Voigtlander lens is simply fantastic, but sadly these cannot compensate for the vignetting issue. 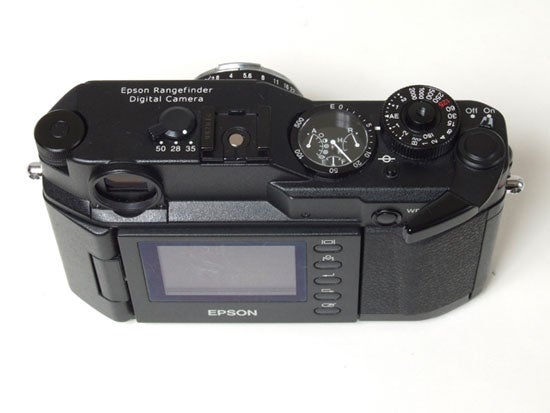 As I said, I really don’t get the point of this camera. The kind of person who loves their Voigtlander Bessa is unlikely to ever commit the blasphemy of going digital, and anyone used to a modern digital camera will find it awkward, clumsy and unpleasant to use. Both will be massively disappointed by the poor image quality. My apologies to Epson, but the R-D1 is an expensive, badly conceived white elephant that should never have made it off the drawing board in its present form.


The Epson R-D1 is an exercise in nostalgia for people with more money than sense. Brick-like handling, poor results and a major inherent design flaw make it an expensive and pointless novelty item. The only analogy I can think of would be stuffing a turbocharger into a wood-framed Morris Traveller and then asking the same price for it as a brand new Mercedes. Who’s going to buy it? 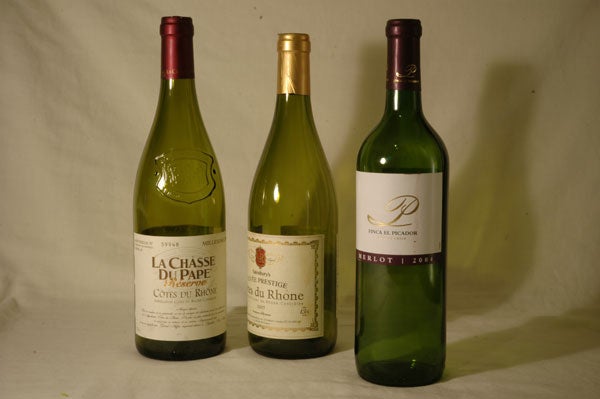 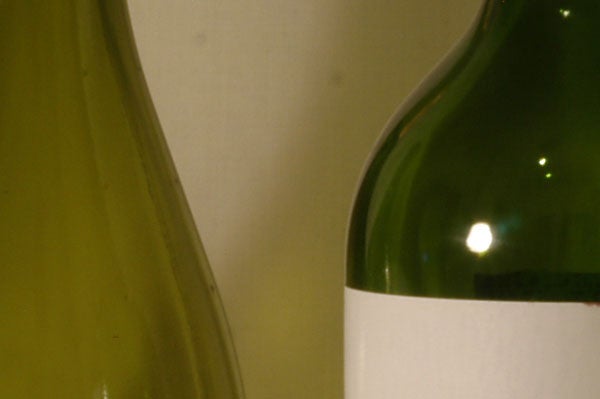 Taken indoors at 200 ISO using tungsten light and white balance. There is no noise at this setting, although there are numerous dust spots and a few dead pixels. 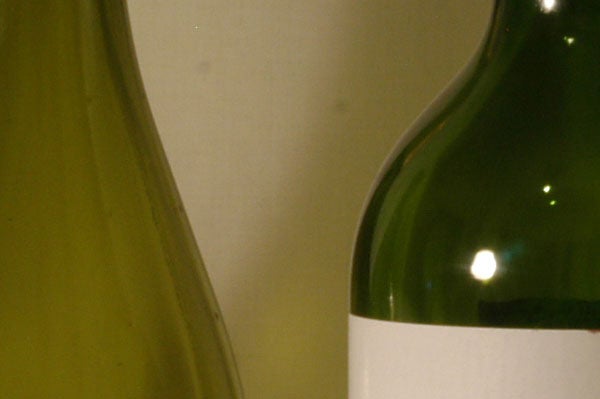 At 400ISO the image is still largely noise-free, although not quite as smooth as the previous shot. 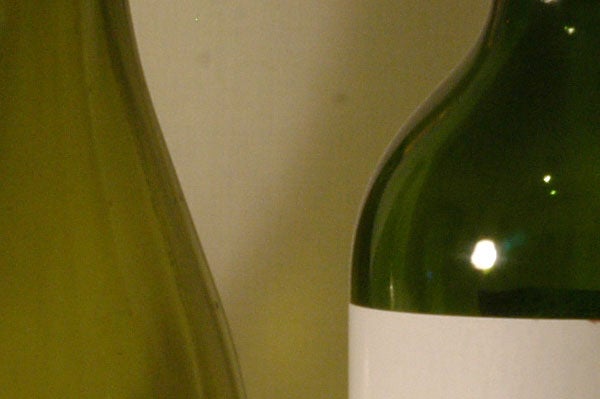 At 800 ISO there is a small amount of colour noise across the whole frame, but the image is still sharp and has good contrast. 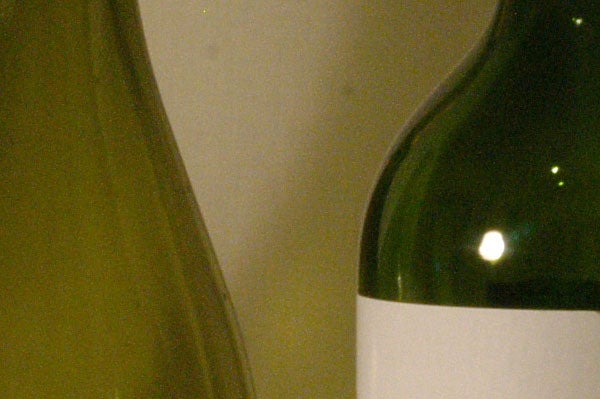 At the highest setting of 1600 ISO there is a moderate level of noise across the whole image, and contrast is reduced, but on the whole it is still good. 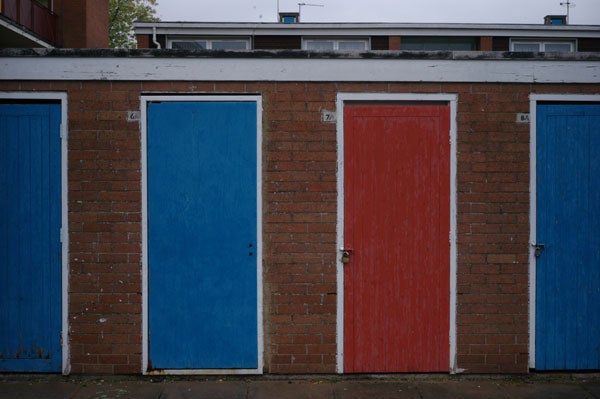 This shot was taken on a cloudy day, but even so it is quite badly under exposed. The vignetting effect is visible in this shot; the edges are visibly darker than the centre. 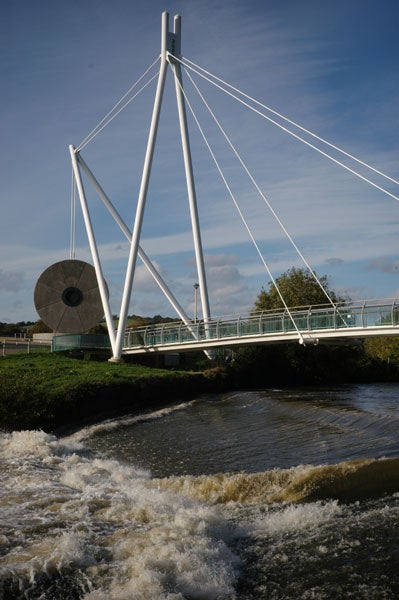 In vertical position it is even harder to see both sides of the viewfinder frame lines at the same time, making accurate framing difficult. Again, vignetting is visible in this shot. 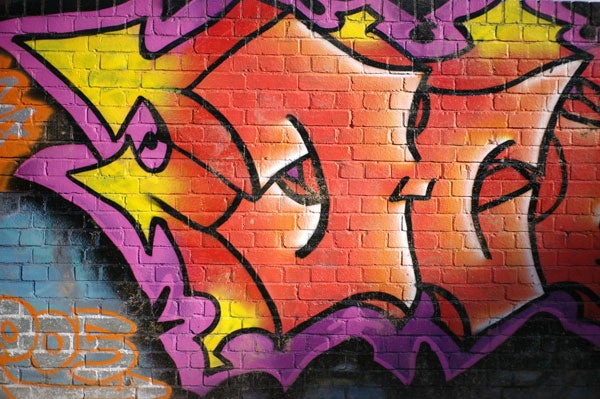 In bright sunlight the R-D1’s colour reproduction is very good, and the edge-to-edge sharpness of the Voigtlander lens is superb. 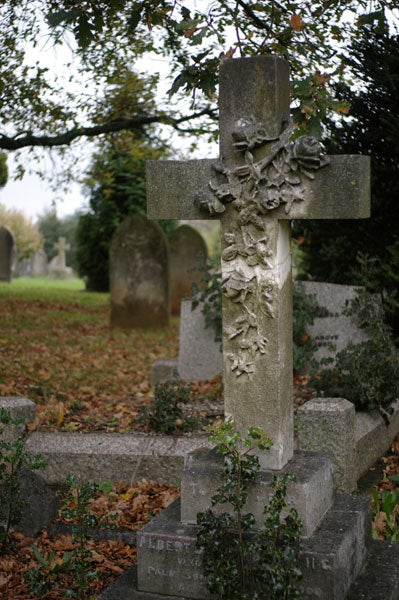 Using aperture priority auto exposure does at least promote an appreciation of depth of field, but you can do the same with high-end digital camera. 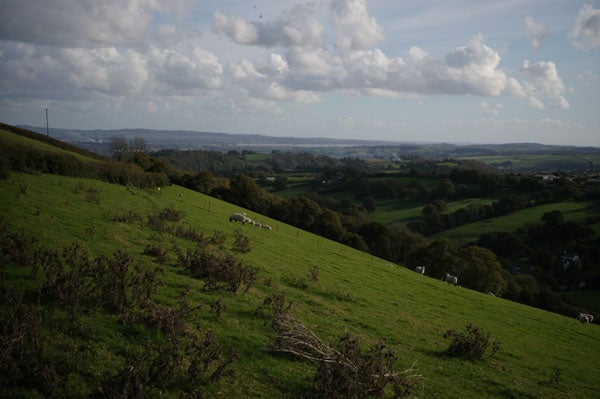 This shot shows the vignetting caused by the proximity of the lens to the CCD. It’s easily visible, especially on the left. Also, those spots at the top of the frame are dust particles on the sensor. 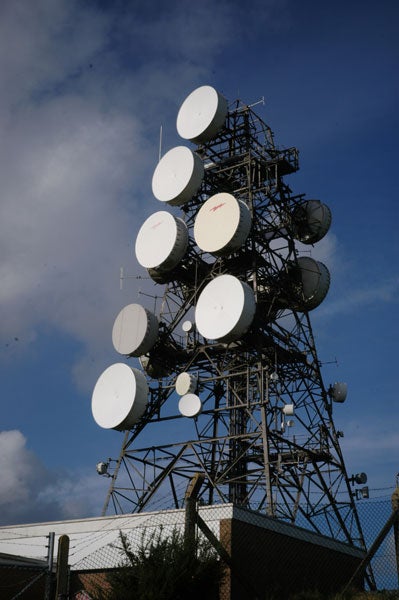 Again, the difficulty with accurate framing has produced a less-than-perfect shot. It is also slightly under-exposed, and there is a lot of dust on the sensor. 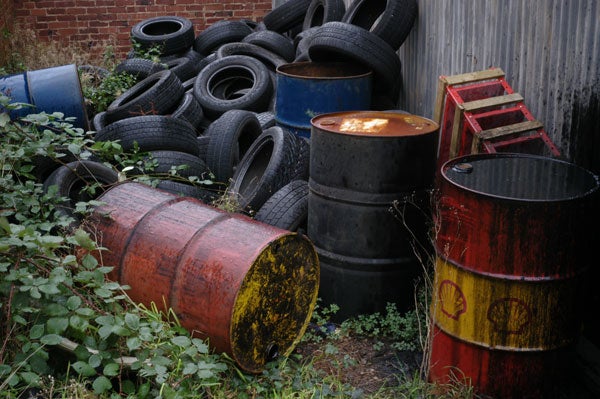 Another rainy-day shot, but this time the exposure meter has got it right and the colour saturation is excellent, although this was the best out of five attempts.