When designing the Expression Premium XP-605, it seems Epson took a good look at the HP Envy range of all-in-one printers and decided it wanted a slice of the lifestyle market too. Epson’s XP-605 has a similar low-profile look to HP’s offering, and its all white case will certainly fit in well in many living rooms.

However, while the Envy machines are £170 or more, Epson undercuts this by around £40. There’s a trade-off to be had, but surprisingly the feature set on the Expression machine exceeds that of HP’s.

Although lower to the desk than regular Epson all-in-ones, this machine is still quite a bit taller than an Envy. The main thing to suffer is the main paper tray, which has a capacity of just 100 sheets, though there is a 20-sheet, powered photo tray above this. But we’re getting ahead of ourselves. 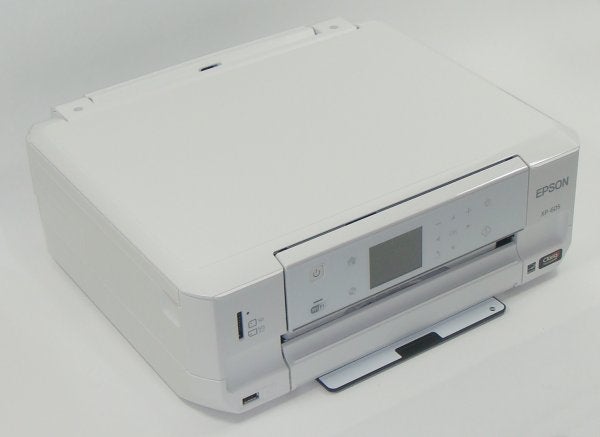 At the top, a slightly textured white scanner lid lifts easily to show a conventional flatbed scanner, except with extra symbols to indicate where to position a CD to copy its label. Behind the lid is a dummy section which on other models holds a single-sheet feed, but on this model just has a peculiar black indentation, which disturbs the printer’s otherwise sleek lines.

The front panel hinges up from the front to any position between vertical and horizontal. It has a 63mm colour LCD and touch controls, though these are in separate panels either side of the screen, which isn’t itself touch sensitive. To the left of the screen is a socket for memory cards and below this another for PictBridge cameras and USB drives. 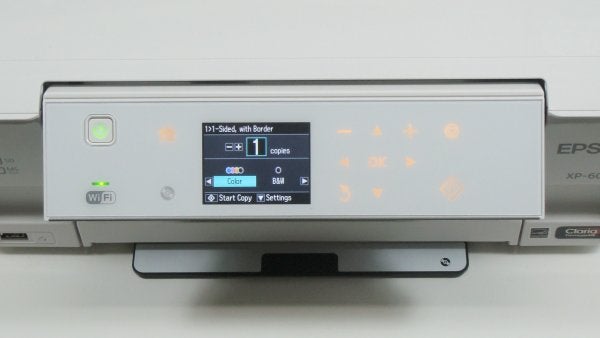 Perhaps the most unusual part of the design is the paper output tray, which pulls out from underneath the control panel, once you’ve flipped down a cosmetic cover.

It really feels as if this paper tray is designed to be a powered feature, as when you try to pull it out or push it back into place it’s stiff and rough, as two small sprockets rotate along moulded tracks in the tray’s top surface. We’re not sure how this one got past the focus groups.

At the bottom of the printer is a slide-out CD/DVD caddie, which can be slotted into grooves in the paper-out tray for direct disc printing, giving the machine a very versatile feature set.

This is covered well by the supplied software, which includes ABBYY OCR and disc labelling software, as well as control for its wireless and USB connections. Hinge up the scanner section and you’ll reveal slots for five cartridges, as this machine supports both regular and photo black inks.

Epson hasn’t got over its fairly ludicrous way of measuring speeds and quotes 32 pages per minute (ppm) in both black and colour for the Expression XP-605. Our five-page black text test gave 8.1ppm, with 10.3ppm in draft mode. The 20-page document gave 11.1ppm, but this was the highest speed we saw from the printer, nearly a third of the specified figure.

Not that that speed’s bad, in comparison with other machines in the same price bracket, though the black text and colour graphics test only returned 4.8ppm, not much more than half the real-world black speed.

Epson has improved its machine’s duplex print speed and our 10-page, 20-side test produced 5.3 sides per minute. A single page colour copy took a nippy 22s and 15 x 10cm photos took between 43s and 1:07; again impressive. The machine can print from mobile devices, thanks to Epson’s iPrint app, probably the most flexible print routine we’ve seen for an Android device. 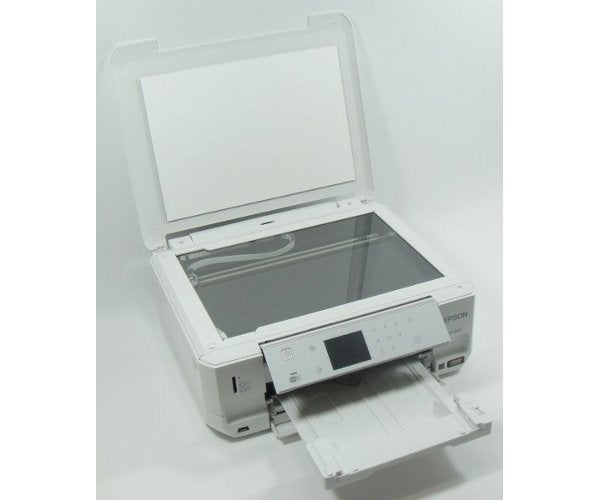 Print quality is fair on black text, with a slightly cleaner rendition of small characters than from previous Epson home engines. Draft mode fonts are considerably better than before; pale but very readable. Colour graphics on plain paper are intense, with good black text over colour.

A colour copy wasn’t as good, with quite a lot of ink spread and difficult to read reversed text. Photos, as usual from Epson machines, were clean and bright, with plenty of definition and good colour rendition. 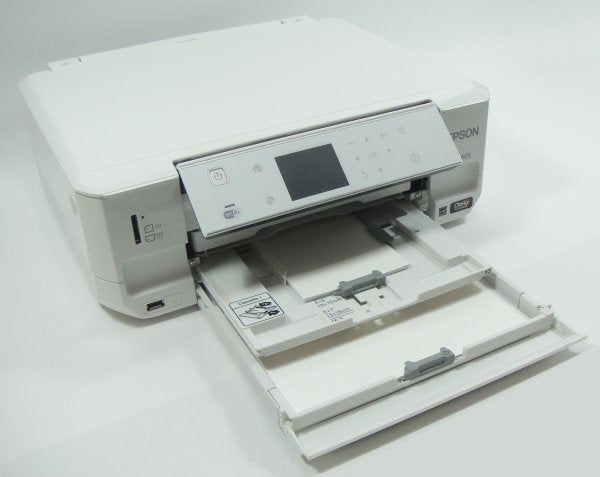 The five ink cartridges are available in two capacities, with the highest capacity giving 500 pages of black and 700 pages of colour per cartridge. However, current pricing makes the machine quite expensive to run, with black page costs coming out at 3.8p and colour ones at 9.8p. The cartridges are a new design, so these costs may fall over time.

Verdict
The Epson Expression XP-605 is an interesting development for Epson, as it tries to move into the lifestyle printer market. While the machine includes interesting features such as duplex and direct CD/DVD printing and is quite fast, it’s also expensive to run. Niggles, like the rough action of the paper tray, suggest it’s been feature-reduced from a more expensive model.