You may be surprised to see the name Elonex at the top of this page, since the former PC giant went into administration around 18 months ago, and shortly after closed its doors, seemingly for the last time. But now the Elonex brand has been reborn with new management, new premises and some new products. In its favour, the new company managed to convince the original Elonex R&D guru, Demetre Cheras, to join the team, so you can be sure that a host of innovative product designs will be hitting the market over the coming months. 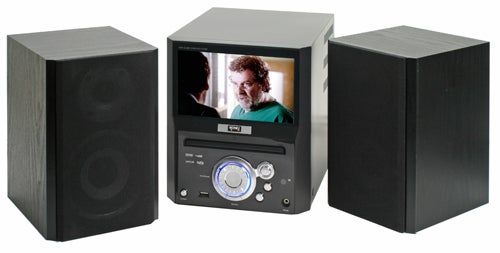 First off the new Elonex production line is the LNX (see what they’ve done there?) Cube. You’d be forgiven for thinking that the LNX Cube is just a budget stereo system, but this is Elonex, a company that traditionally excelled at squeezing more functionality than you ever thought possible into one box. Yes, this is a small stereo system with CD and radio playback, but that’s just scratching the surface of what the LNX Cube can do.


The LNX Cube isn’t going to win any style competitions – it wears its heart on its sleeve, and looks every bit the cheap Chinese function over form product that it is. That’s not to say that it’s offensive though – the de facto black and silver finish works well, while the ubiquitous blue light tries to ape more expensive designer brands. Where the design takes a major departure from pretty much every other budget stereo system is the 7in colour widescreen TFT display mounted into the fascia. 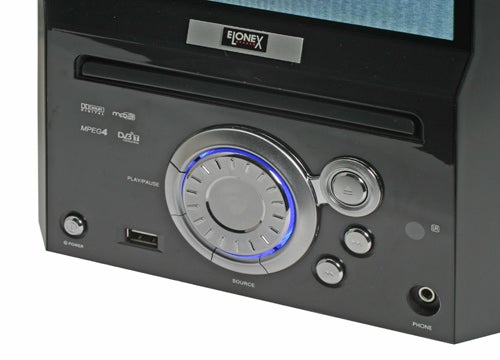 You may be thinking that a full colour 7in TFT display is overkill for a budget stereo system, and you’d be right, if this was a budget stereo system. You see the LNX Cube isn’t just about audio, it also has both analogue and digital TV tuners built into it. Oh, and that CD player I mentioned is actually a DVD player, so you can watch your movies and TV programmes directly on the built in screen.


As if that isn’t enough, the LNX Cube also boasts a USB port – simply plug in a USB memory key or external hard disk and you can view digital photos on the screen. But far more impressive is the fact that you can also playback DivX and Xvid content direct from a USB storage device, making this a very versatile media player.

Of course your viewing pleasure is always going to be somewhat limited with a 7in screen, but Elonex has thought of that too. Looking at the rear of the LNX Cube reveals an impressive set of outputs – component video, SCART, S-Video and composite for video signals, along with both analogue and coaxial digital audio outputs. This means that you can easily hook the LNX Cube up to a TV and enjoy all your content on a larger screen.


Using the LNX Cube is pretty simple, in fact it feels much like any other budget stereo system. There’s a hardware power switch, but the device can also be put into a standby mode via the remote control. A single Source button will cycle through all the different features on the LNX Cube, making it quite intuitive, but also slightly annoying when you happen to click past your desired input by mistake. The only other controls on the front fascia are Play/Pause, Skip Forward, Skip Backwards, Eject and a very large volume dial. 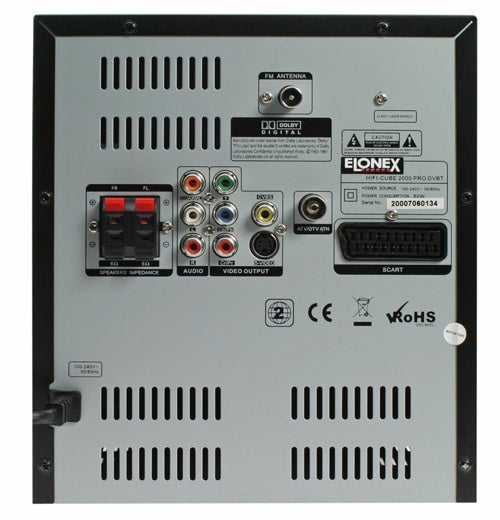 In most cases you wouldn’t really use the controls on an AV system, instead controlling everything via the remote, and you can of course do that with the LNX Cube. Unfortunately, the generic silver remote control is far from intuitive, but to be fair, you can do pretty much everything you’d want to with it.


Like most budget stereo systems, the LNX Cube ships with a pair of mid-range speakers that are connected to the main unit by a short stretch bell wire. The speaker cable isn’t hard wired, so you could choose to use better quality cable, but it’s not really worth it. The fact that both the speakers and main unit use spring clips does mean that you can at least extend the reach of the speakers to suit your environment. 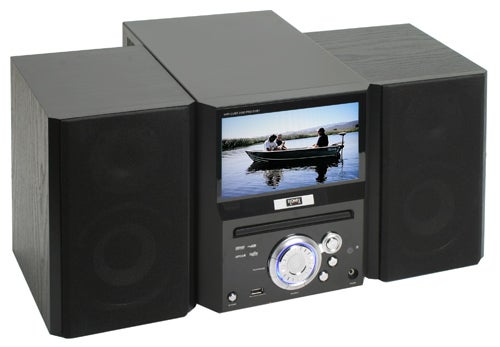 When it comes to sound quality the LNX Cube isn’t going to satisfy any audiophiles, but it creates a reasonable soundstage, and can fill an average room without sounding strained or distorted. If you really push the volume, the Cube will start to show its limitations, but for general music listening it does its job. Movie soundtracks come across a little weak, especially in big action set pieces, but even so, the Cube produces fuller and louder sound than pretty much any flat TV out there. Of course you could output the 5.1-channel bit stream to a Dolby Digital amplifier, but you’re unlikely to have that kind of setup in the same room as the Cube.

Picture quality is a game of two halves – there’s the quality of the built in screen and the quality on an external screen. First up the 7in TFT screen in the Cube is surprisingly good, and actually quite watchable in a casual manner. Basically, you wouldn’t want to settle down in a comfy chair with a bucket of popcorn and watch Lord of the Rings, but you’d be happy to have the TV or a movie playing while you occasionally glance at it. 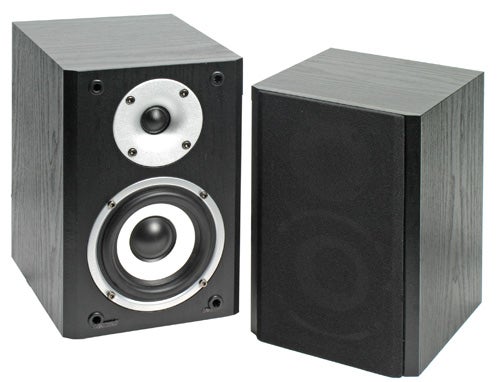 It’s that casual watching model that makes the Cube a killer product in the right environment. Stick one in your kitchen and you’ve got a whole AV entertainment centre for when you’re cooking up a big meal for a dinner party, or shove one in the kids’ room to keep them happy. The Cube is just as attractive for students living in halls or digs, where space is a premium.


Alternatively, you could use the Cube as a stereo system in your living room, that can also pump your DVD movies and DivX/Xvid content to your main TV. In this scenario the Cube produced reasonable pictures when hooked up to a 40in Toshiba full HD LCD TV. DVD playback is OK, but not up to the standard of a good, stand alone player. Xvid playback on the other hand is surprisingly good, and if you’re looking for something that will playback all your Xvid content from a USB key or external hard drive, you could do a lot worse than the LNX Cube. 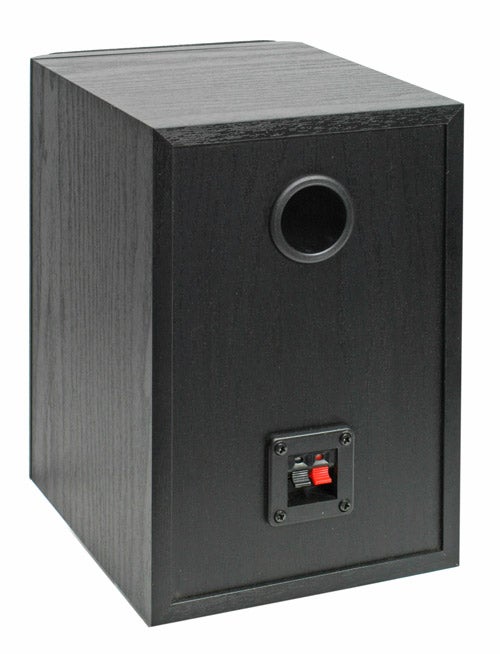 Like many products sourced from the Far East, the presentation and ease of use isn’t everything that it could be. Basic stuff like the auto-tuning of the digital and analogue TV tuners is fine, but the file browser when searching a USB device is woeful. Whether viewing on the internal screen or an external TV, the USB browsing interface looks like a 1993 DOS menu. In its defence, it is at least easy to navigate.


The remote control is also disappointing, with a plethora of small buttons that make things very unintuitive at first. Once you’re accustomed to where the important buttons are though, you can work your way around the Cube’s features pretty quickly. Most important is a dedicated button for switching the TFT display on and off. Another slight niggle is the placement of the USB port. Having it at the front is handy for plugging in a memory key, but if you wanted to keep a USB hard disk plugged in, a port at the rear would be far more convenient. 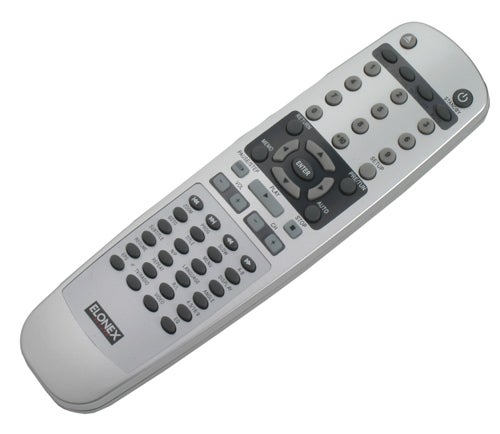 So, the LNX Cube is stacked full of features, but both picture and sound quality are average. But what swings things in the Cube’s favour is price. You can pick the LNX Cube up for as little as £129, which makes it something of a bargain when you consider all the things it can do. Looking for something affordable for your kitchen, kid’s bedroom, spare bedroom or student digs – the Cube fits the bill perfectly. This is an incredibly versatile media system at a truly amazing price – it looks like Elonex has risen from the ashes with aplomb.


Once again Elonex has raised the bar when it comes to the amount of features you can squeeze into one box. The level of media functionality in the LNX Cube is simply staggering. Yes the remote is horrible and the USB browser unpleasant, but you’re just getting so much for so little. I expect that Santa could be delivering a lot of these to good children everywhere!