What is the EE Robin?

Kids love tablets. The number of times I go to use my iPad and find it’s out of battery is testament to that. Bloody kids.

This latest version of the EE Robin could be the solution, though – a tablet that’s been carefully adapted for children. It comes pre-loaded with more than 40 child-friendly apps, and offers free access to a ton of TV shows. It also features built-in parental controls, a web filter, and a rubber casing with an integrated carry handle that doubles as a kickstand.

The Robin is available from EE in the UK for £29.99 upfront, plus the cost of a monthly data plan – they start at £17 per month for 2GB of data.

The most strikingly obvious design feature of the EE Robin is that rubber casing with its built-in carry handle. It’s very turquoise and, erm, a little handbag-ish. A boy with some entrenched gender stereotyping issues might deem the EE Robin to be a little girly. You’ve been warned. 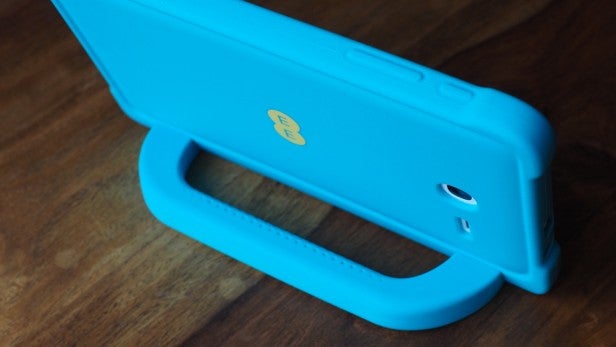 However, the casing does feels like it will stand up to a few drops, and the carry handle swings back to act as a neat kickstand, so the Robin can be sat up on a table for watching video.

There are a few sensible cutouts in the rubber for essentials such as the rear camera, mono speaker, microphone, micro-USB charging port and 3.5mm headphones socket. The power button and volume up/down rocker are covered by button-shaped mouldings that don’t hinder operation in any way.

Out of curiosity, I peeled off the rubber case to see what might lie beneath. It became apparent that I needed to do that anyway in order to get to the combined SIM and microSD tray and insert the EE micro-SIM.

The Robin is a 7-inch Alcatel OneTouch Pixi tablet, as it turns out. It doesn’t have the same front camera placement as the current Pixi 4 (7), though, and a trip into settings reveals it’s still stuck on Android 5.1.1. 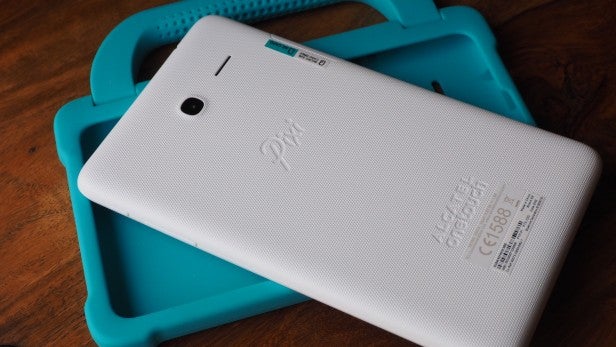 Normally I’d moan about an Android tablet being chock-full of bloatware as the EE Robin is, but in the case of a kid-specific model, that’s exactly what you’re after – pre-loaded apps that will keep your children amused on long car journeys, in doctors’ waiting rooms and suchlike.

The Robin has just over 40 pre-installed apps, with more than half of them being games; around a third is educational. There’s nothing you’ll recognise, but some are reasonable homages to more popular apps – Berry Rush is basically the same as Minion Rush, for instance.

The child-friendly walled garden in which all this kiddy content gets to frolic in is called Kurio. It’s basically a bespoke UI that sits over Android when your child’s signed into their profile, and limits their access to just that kid-centric stuff.

Following the usual Google sign-in, you’re presented with a Kurio configuration process. This begins with setting a parental password, security pattern or PIN. Kurio enables you to create a profile for your child (or children), with their name, age and gender.

Once that’s done, you’re into the parental profile, which is pretty much stock Android 5. There’s a shortcut on the homescreen for swapping to your child’s Kurio profile.

Kurio itself is pretty slick. It looks nice, and it’s fairly simple to understand. Apps are categorised into Favourites, Kurio Selection (no idea, really), Games, Education, Media, Ebooks and Other, across a top menu bar. There’s also a Settings menu that allows you to customise the theme and wallpaper, change your avatar or switch user. 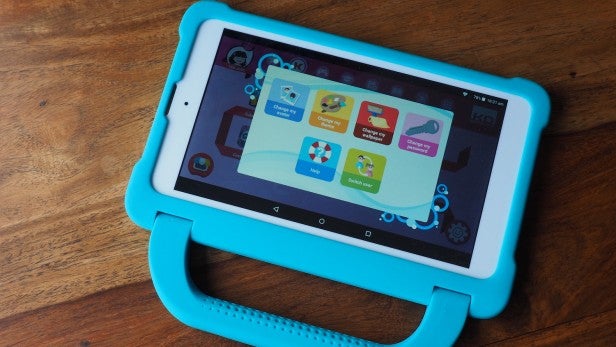 In the bottom-left corner is a curious icon that bewildered me a little. Turns out it’s supposed to look like a market stall. Anyway, it takes you to the Kidoz Store, from which you can download more children’s apps.

Some are free, but others cost a certain number of star/coin thingies – most around 10, but some are as much as 30. Yes, of course, you have to pay actual cash to get these cartoon coins – a monthly subscription costing £3.99 bags you 60 per month, although there are one-off payment options, too.

The first of the pre-installed games my 4-year-old tried – Animal Builder – had an initial setup process that couldn’t be skipped and was really for parents to complete, which threw her. And it required me to enter my email address, which annoyed me. Not a great start.

The second game she tried threw her a popup saying an update was needed to Google Play Games. Urgh.

It was a similar story when loading the Kidoz TV app, which wouldn’t actually play any video at all because it kept saying it had failed to initialise the YouTube player – try explaining that to a 4-year-old. The Hopster TV app offers a single episode of some big-name shows, such as Ben & Holly’s Little Kingdom, but all the rest were locked for me. According to the EE website, I should’ve seen a message in Hopster asking to register the tablet for free access to over 1,500 shows, but instead I just got asked if I wanted the seven-day free trial (followed by a monthly subscription). Hmm.

YouTube Kids worked fine, though, and so did most of the games. And of course, you can simply head into your parental profile, go to the Google Play Store and download some of the big-hitters anyway – CBeebies Playtime and CBeebies Playtime Island are no-brainers. You then simply go into the Kurio Genius app to authorise them for your child’s use and decide which category they should go under.

Older children can be given access to Google Play or even to the internet, with varying levels of filtering. 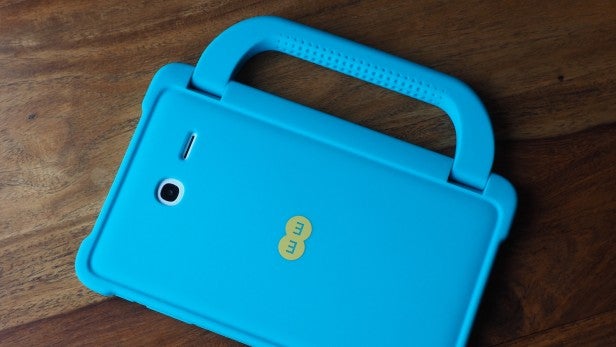 Unfortunately, it isn’t only some of the software that’s a bit niggly. The Robin’s screen is atrocious – very reflective and with terrible viewing angles – and the speakers are tinny as hell.

Also, this is one of the many Android tablets with soft keys at the bottom of the screen. They’re hidden during use of some apps and require a swipe up from the bottom to get them to reappear – which took some getting used to for my kids, who are accustomed to having an iPad’s always-there home button to get them out of trouble.

Should I buy the EE Robin?

Having plenty of appropriate content pre-loaded onto a ruggedised tablet is exactly what every parent needs. But it all needs to work smoothly. Unfortunately, the Robin features too many apps with sign-ups and subscription charges – and that’s after you’re already paying a monthly charge for its data connection.

The Amazon Fire Kids Edition may seem a lot more expensive upfront, but you get a year of free content – an awful lot of it – and no monthly data charge. The Robin’s data connection will be useful at times, but remember there’s a usage cap and that you won’t always get a signal. Plus, in many ways, the Fire Kids Edition is far slicker.

Too many subscription-based pre-installed apps, a terrible screen and the ongoing cost of a data contract mean this kiddy-friendly tablet isn’t as friendly as it first appears.