Anyone that has bought one of Dualit’s iconic toasters will be quick to tell you how brilliant they are. Simple, intuitive controls, timeless design, and build quality that could last a lifetime makes these admittedly expensive utensils the essential addition to anyone’s kitchen. However, while the quality of Dualit’s kichen paraphernalia is undeniable, toasters and kettles can hardly be considered sophisticated pieces of electronics. So, the engineers at Dualit turning their hands to designing a DAB radio is not a prospect that fills me with hope.


Still, we’re not ones to prejudge so let’s find out if the Dualit Lite Radio is any cop.


First and foremost Dualit’s eye for elegant retro design certainly seems to be on the ball with the same art deco lines that adorn all the company’s products once again being employed. The model we’re looking at is finished in a fetching cream colour but Chrome is available if you want something with a bit more bling and black is also an option. 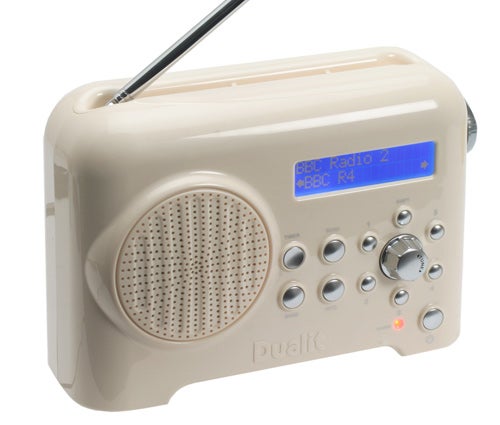 Build quality also seems decent enough with a strong moulded plastic chassis that includes some neat little touches like a handle on the back and a neat, (s)crumb catcher(/s) recess for stowing the aerial. The controls are also responsive and relatively robust. However, the overall feel isn’t really one of quality. 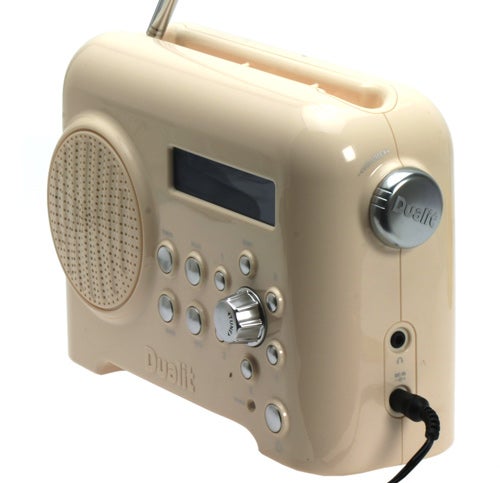 It’s understandable that plastic would be used for a construction material as it’s lightweight but we can’t really see it being all that scratch resistant. Likewise, it would’ve been nice to see aluminium controls rather than the silver painted plastic ones and the plastic speaker grille really does look a bit tacky – surely a simple metal mesh could’ve been added for little expense? Ok, at £85 the Lite Radio isn’t exactly a luxury item, so these cost cutting measures are understandable, but considering Dualit’s pedigree, and the fact its toasters cost nearly £200, you can’t escape the feeling that the Lite Radio is letting the side down a bit. 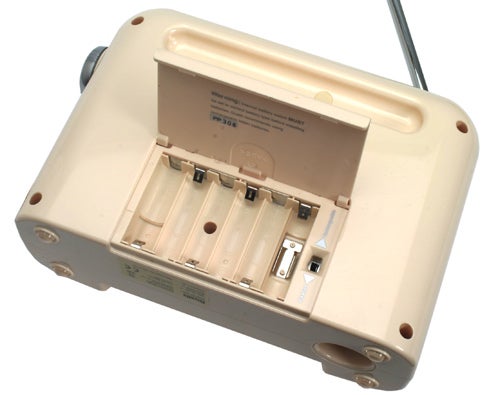 On the plus side, the device can be both mains and battery powered, though there’s no built-in battery. Instead it actually requires six AA batteries – either alkaline or rechargeable. Fortunately these can be charged using the mains adapter so there’s no need to constantly swap the batteries in and out when they run out of juice. If you do need to use disposables, though, there’s a little switch on the back that lets you turn off the charging function so you don’t cause any damage.


Without batteries the radio is amazingly light, at 1.1kg, and even with batteries it still weighs only 1.3kg, so it certainly has the portability stakes wrapped up.

It also does well on the usability front with chunky easy to use controls performing all the functions you would expect with ease. We do have a couple of small complaints, though. The lack of any backlighting on the controls could be problematic in dark conditions, which is a reasonably likely occurrence given this radio’s portable pretensions. The screen isn’t great, either. Viewing angles are rather poor and it reacts slowly making quick selection difficult. 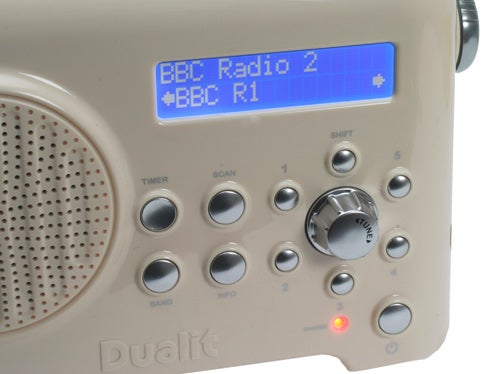 In terms of features there’s very little to report really. It can tune to DAB and FM stations and the large display will scroll through programme information while you’re listening. Ten presets for each of the DAB and FM modes can be stored so you can quickly and easily access your favourite stations.


On the side is a headphone socket for private listening but there’s no line-in jack in case you fancy plugging in your MP3 player. In many ways we actually would prefer to see the latter feature than the headphone socket as the occasions I can recall plugging in my headphones to a desktop radio can be logged on the fingers of a no-armed man. Plugging in my MP3 player, on the other hand (pun intended), is something I do quite regularly – especially if Scott Mills is on at the time.


Rounding things up on the feature front, there’s the obligatory alarm function that includes sleep and snooze modes. Oh, and of course the Lite Radio has that essential addition for any kitchen radio, an egg timer. 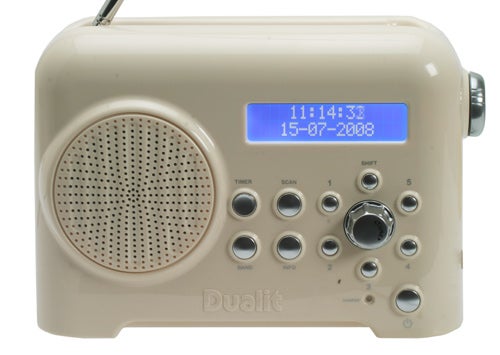 Sound quality from this little device is surprisingly good with an impressively powerful level of bass and a clear top end that is fine for a bit of light listening, even at moderate volume. It’s certainly no better than other radios in its class but neither does it let itself down. Certainly if all you’re looking for is a decent kitchen radio that you can unplug and take down to the bottom of the garden or out on a picnic then you won’t be disappointed with the Daulit Lite Radio – especially if you’ve already got the matching toaster.


Unfortunately, the main problem with the Lite isn’t that it’s particularly poor, rather that the competition is too strong. For the same price as the Lite Radio, you can pick up something like Pure’s Evoke 1S, which is better built, nicer looking, and more feature rich. Admittedly you need to spend an extra £30 for the optional battery pack but you’re getting a much nicer device.


Dualit’s Lite Radio is simple to use, lightweight, and highly portable and it provides surprisingly impressive sound, making it the perfect partner to the rest of your Dualit equipped kitchen. If, however, you don’t care for matching your kitchen utensils, there are better alternatives out there.