What is the Dualit Classic Kettle?

The Dualit Classic Kettle is a good-quality jug kettle but it’s frankly overpriced for a water-boiling machine.

It doesn’t boast the fancy features seen on some high-end kettles, such as lower temperatures for speciality teas or a keep warm function. 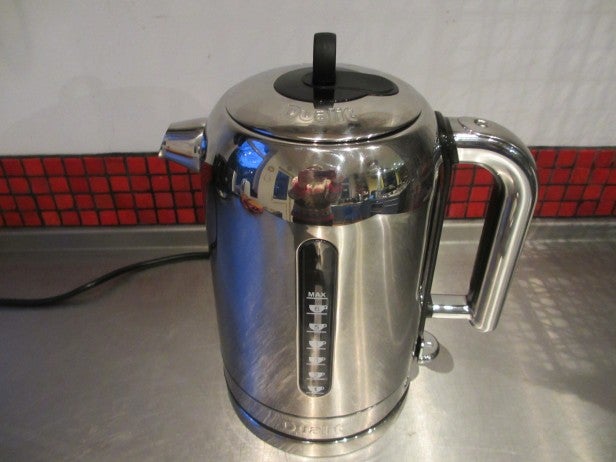 The Dualit is unsurprisingly a well-built machine. It’s attractive in a polished chrome finish that somehow manages to repel fingerprints.

And it’s solidly made, although as a result it weighs 1.3kg (jug only) so it’s fairly heavy in the hand.

For the price we also weren’t fans of the lid. You open it manually by finger-pulling the loop handle on the top. It’s built to last, sure, but it’s hard to open and is certainly no fun to open when hot. 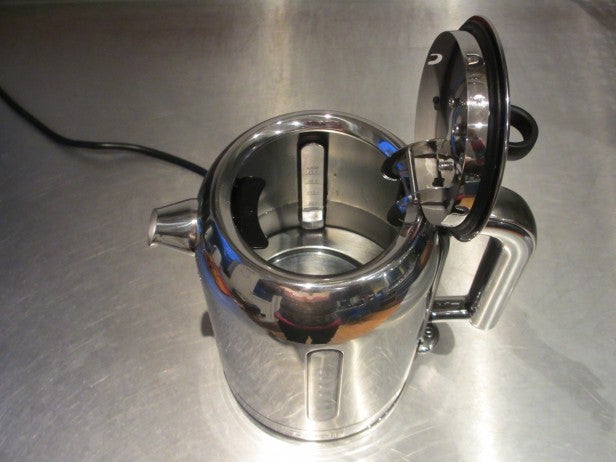 The idea is probably that you should fill the kettle via the spout instead, but the spout is fairly small so using the lid would have been easier.

And to its credit, the lid does open nice and wide, which is good for cleaning as well as filling.

There’s a water level indicator on each side – one in litres, the other in cups. And the limescale filter is made from fine-cut metal rather than a mesh, making it much more durable than most.

The Dualit also boasts a repairable element, which means that it could last a lifetime with new elements from time to time, rather than wastefully scrapping it after a few years as people do with other kettles when they fail.

Features-wise it’s a straightforward kettle though, with no choice of water temperature or keep warm function.

Filling the Dualit isn’t a great experience. As mentioned above, the spout is small but lifting the lid is a faff.

The control is a simple switch near the base with a red light that comes on to indicate that it’s heating up. 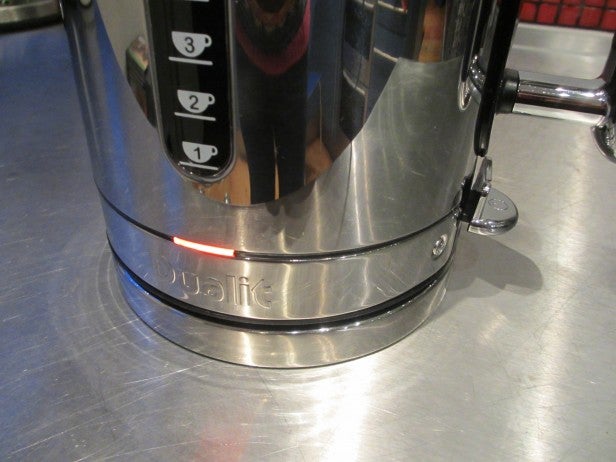 It took a pretty average 2m34s to boil a litre of water that started out at 14⁰C from the tap. We measured the temperature after 10 mins (86⁰C) and again after 30 mins (73⁰C), which are a bit warmer than most – this is a kettle that holds its heat fairly well.

The spout is well designed. It’s focussed, pouring brilliantly with no spills whether you pour slow or fast.

We didn’t notice the kettle being unusually quiet, despite it boasting the Quiet Mark, but it certainly wasn’t especially loud. 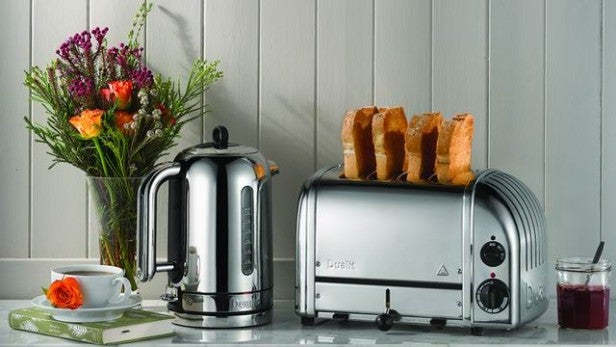 Should I buy the Dualit Classic Kettle?

Maybe. It’s good but very expensive for a basic kettle. So the only reason you’d chose it over others is the looks – you love the styling and/or it matches your other Dualit appliances perfectly.

We’d recommend saving money and getting the superb value double wall insulated Tefal Safe to Touch Kettle, or the mid-priced and beautifully designed Morphy Richards Prism Traditional Kettle. Or if you do want a big-budget kettle consider the Sage Smart Kettle which also offers a range of temperatures for perfect tea.