The battle of the brain games has a new contender. Squaring up to our reigning champ, Doctor Kawashima and his mighty Brain Training duo we now have – in suspiciously similar packaging – Dr Reiner Knizia’s Brain Benders. Dr Knizia is, we’re told, a world famous mathematician, expert in algorithmically generated logic problems and a man with over 300 board games and books to his name. He might not have the scientific credentials of our favourite Japanese neurologist, but this ‘fiendish genius’ promises a ‘mental journey that will make you laugh and cry’ – or at least that’s what the press release claims. 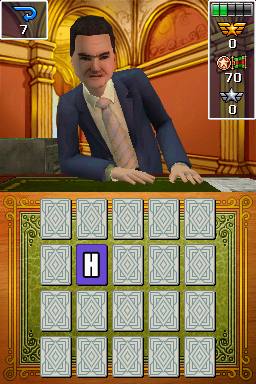 And by a mental journey, they actually mean a kind of puzzle-based world tour. The good Doctor has his sights on a number of the world’s major cities, and each one has its own mind-twisting mini-game to complete. In London you’re balancing the books at the Bank of England, then in Paris you’re fixing the alarm system at the Louvre. In Sydney there’s some work to do with the orchestra at the Opera House, then you’re off for a spell of trainspotting in Mumbia. With Rio, Knossos, Moscow, New York and Beijing on the itinary you can expect a packed schedule, but don’t get too excited. The Doctor’s intellectual excursions don’t leave a lot of room for sightseeing. 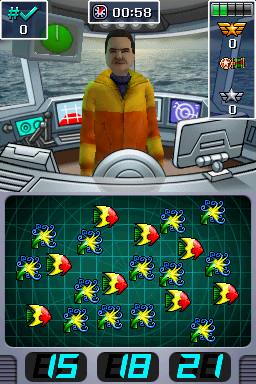 What they do leave room for is a fairly basic two-screen setup, with the Doctor’s animated mug offering encouragement from the top while you solve the puzzles at the bottom. Generally speaking, the puzzles are more complex than the exercises found in other brain games, though I wouldn’t get too excited by talk of the Doctor’s genius or game-design pedigree. Most of the games on offer are variations of things you’ve seen before. In Mumbai, for example, you’re basically playing spot the difference between two sets of trains, clicking on the lower train one to three times in order to state how many differences there are, but facing a penalty if you overstep the mark. Greenland, meanwhile, offers a slight spin on the old Minesweeper formula, while the labyrinth at Knossos is a fairly basic maze game. Las Vegas gives you a grid and deals out cards, asking you to arrange the cards so that the columns and rows contain simplified poker hands. The puzzles are – for the most part – fun, but there’s not a lot here that you won’t have seen anywhere before.

And where the puzzles do strike off for new territories, the results aren’t always 100 per cent successful. Rio, where you need to load up carnival floats with dancers is a case in point. The puzzle comes, as they all do, with a tutorial, but it’s fairly bewildering until you get a bit of practice and begin to see the point. Other puzzles, like selecting fuses to rebuild an Enigma machine in Berlin, are arguably equal parts dependent on luck and strategy – it’s possible to get the puzzle half right fairly quickly then work the rest out from there. 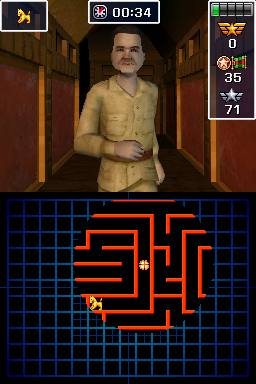 Now, there’s very little wrong with the basic gameplay. The various mini-games are mostly entertaining and one or two are guaranteed to get under your skin. Your efforts are scored, with different levels achieving different medals, and there’s always a temptation to stick at each game until you hit gold. What’s more, there are good reasons for doing so. Medals are accompanied by cash prizes, and you’ll need that money to unlock new cities and new levels of the individual puzzles. You’ll find yourself working at the puzzles you’re good at just to get enough coins to unlock Rio, then struggling with the ones you’re not so good at just so you can keep working up the levels. 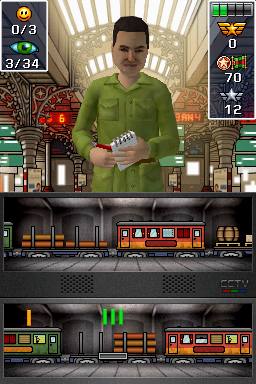 The presentation is also pretty good. Nobody expects great visuals from a puzzle game, and you won’t get them here, but you do get some colourful backgrounds and the animated host. Opinions differ in the Andrews household as to whether he’s a friendly face or a little bit creepy – though I’m sure the real life Dr Knizia is a wonderful guy – but the sight of him running around the Maze at Knossos or chilling out while you count fish near Cape Town adds a little to the overall charm. The music and sound effects are appropriately jaunty, and my only real technical complaint is that there are times when clicks on the touchscreen don’t register as accurately as you might like. In Mumbai, for example, it’s not unknown to fluff the mini-game simply because you can’t get all your clicks to be counted. In Vegas, meanwhile, you’ll find cards being dropped in unintended positions due to the vagaries of the stylus control.

My worry is the overall structure, and how it might affect the game long-term. Brain Training got this absolutely right, charting the progress of your training and allowing you to compare your efforts with others playing on the same DS. The result was plenty of competition on the score charts and many a race as to who could reach the ideal brain age first. Big Brain Academy did a fine job by following roughly the same path. With Brain Benders you get the challenge of unlocking every city and every level, but I’m not sure it’s so compulsive or so much fun. There’s less opportunity to compare scores and achievements with those of your family or friends, and while you can send individual games to another DS, there’s not really anything in the way of real multiplayer action. Brain Training has its Sudoku puzzles too – the sort of bonus extra that Brain Benders could do with – and arguably makes better use of the DS hardware (though those with a Northern English accent may be happy with the lack of voice recognition here). 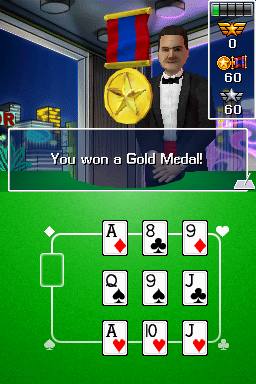 With this in mind, Brain Benders is a nicely put together selection of puzzle games, but not the must-have game that Brain Training or its sequel have become. It’s worth considering if you’ve loved other brain games and you’re desperate for a new fix, but the simple fact is that you can get similar puzzle games in a browser window for nowt without much of a struggle. If you must have them in a more portable format, then Brain Benders just about justifies its price tag, but Doctor Kawashima comfortably remains our mind-wrangling Brainiac of choice.


A decent set of brain-teasers in a nice friendly format, but the puzzles aren’t all that original and the structure doesn’t leave a lot of room for long-term play. Nintendo’s original Brain games are still the best.