The Digital Stream DPS-1000 uses the Onyx Media Browser software to offer access to the BBC iPlayer, LoveFilm streaming service and blinkbox directly from your TV for less than a hundred pounds. It’s a darn sight cheaper than a Sony PS3 or a brand-new internet-enabled TV, which offer the same sort of functionality, but as ever there’s a drawback or two to taking the cheaper option.

The Digital Stream DPS-1000 is an unassuming small black box. Aside from the small Onyx logo on its front, a quick glance at its bodywork tells you almost nothing about what it’s for. It’s primarily because this little gadget is much more a portal to other services than a service provider in itself.

It runs the Onyx Media Browser software, which in turn gives you access to a handful of online services including Facebook, Twitter, BBC iPlayer, blinkbox, LoveFilm and a fistful of web TV streams. With all this digital content flying about within the DPS-1000’s brain, it’s disappointing to see that there’s no digital audio output included on the back of the unit. No dedicated audio output at all, in fact.

There’s an HDMI slot, two USB slots, an Ethernet port, power socket and a SCART connector. The lack of an audio output is a sore point here – it’s fine if you listen to movies through your TV’s speakers or use an HDMI-enabled receiver for your entire home cinema system, but for the rest this severely limits the flexibility of connectivity here.

There’s no built-in Wi-Fi, but you can use a dongle to add this feature – hence the addition of the second USB slot. These two omissions are hard to let go of, but then few comparable media player devices offer built-in Wi-Fi at this sub-£100 price.

DLNA support is included, but limited by the lack of built-in Wi-Fi. If your wireless router is in the same room as the DPS-1000, it’s no great problem, but the convenience and low price of the streamer start to lose their shine once you consider having to search for a compatible dongle, or trail an Ethernet cable across your house. That said, using good old fashioned wires is often a more reliable way of connecting up such boxes to ensure a seemless delivery of all your favourite content. 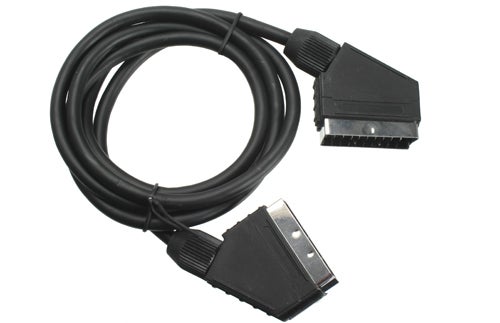 What’s more, if your setup is in harmony with the limited connectivity of this gadget though, we’ll admit it is both cheap and convenient. It makes no noise, is small enough to stash on top of another piece of home cinema kit, probably without blocking any heat outlet ports too, and its list of connected features sounds like it could merit the investment – at least on paper. But how is it to actually use?

The outer frame of the DPS-1000 is for the most part just a skeleton to hold in place the meat of the star attraction, the Onyx Media Browser software. This comes built into some Cello-brand TVs as well as the DPS-1000 and gives you access to a selection of online features.

Switching the box on for the first time gives you a good indication of the patience you’ll occasionally need to get on with this device. It takes more than a full minute to start-up to the main menu, and this happens every time the DPS-1000 is powered-up from cold – be aware if you live in a household where all your electronics are switched-off at the plug each night before bedtime.

Once you’ve made it to the main menu, possibly having made a cup of tea in the meantime, you’re shown a horizontally-scrolling menu of features with a social networking widget towards the top-right of the display. It is most charitably described as basic, featuring none of the flashy animated transitions you’d see in rivals like the Boxee Box or Western Digital Live Hub. 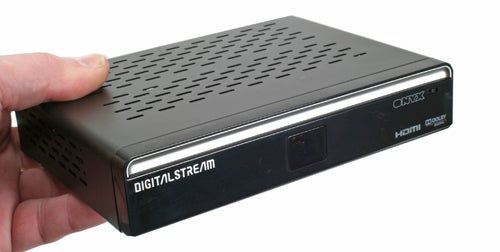 There are separate user accounts, allowing different members of a family to load there own preferences into the DPS-1000, but we’d have given up this customisation in an instant if the navigation could have been made less clunky. Just as the box’s hardware is primarily a framework for the Onyx Media Browser software, this software is a thin layer under which the platforms of other providers roam free. These are the most attractive elements of the DPS-1000 – the access to LoveFilm’s movie streaming, BBC iPlayer and blinkbox VOD.

LoveFilm is the latest addition to the Onyx Media Browser platform and, if you have a £9.99 or above LoveFilm account enabling movie streaming, is the best of the bunch. It’s no Netflix, which gives US users thousands of movies that can be streamed at up to 1080p resolution, but it’s fast becoming the definitive “next best thing” for UK users. It offers a couple of thousand films, streaming at just-sub-DVD quality.

Although not HD-resolution, careful management of encoding leaves LoveFilm streaming with picture quality that, while a little soft, is almost completely free of ugly digital noise and artefacting. Steaming in our tests was impressively reliable too, quick and seamless – with any pauses in playback aberrations rather than the norm. LoveFilm’s streaming film library is developing well too – it’s not packed full of the latest movies, but offers a well-balanced selection that spans from odd World films to popcorn flicks.

Browsing though the LoveFilm interface, which is not specific to the DPS-1000, is significantly slower than on a Sony PS3. Loading menus and scrolling through lists of films is punctuated with noticeable load times, seemingly thanks to the device itself rather than the bundled remote control or your internet connection. The mostly-intuitive layout and reliable streaming of the LoveFilm platform means the payoffs outweigh this element of trudge in the end though.

blinkbox is a different type of service from LoveFilm. There’s no subscription required but you have to fork out credit to fund any of its 24-hour movie rentals or outright purchases. Rentals cost between 99p and £3.49, while buying films costs £6.99 and upwards.

blinkbox offers some newer movies than LoveFilm, seeking to offer an alternative to DVD purchases or trips to the local rental store, but fundamental issues stop it from being as effective as LoveFilm. For starters, the vast majority of blinkbox movies are 4:3, the native aspect ratio of almost none of the service’s films. We couldn’t find a way to change this, or even stretch the image using the device’s remote. This isn’t even the worst of the service’s issues either.

In all of our video rental tests, we experienced significant buffering issues. Our test connection was a 20 Meg line capable of a 1.1MB per second download stream in real-life usage. Although blinkbox streams at reasonable quality (still sub-DVD), it’s still a 480p non-HD stream, so technically we should have had no problems.

Buffering gaps of 20-30 seconds were common, especially at the start of streaming sessions, and even when the video stream appeared to be fully buffered, the audio frequently cut out for a handful of seconds at a time with no explanation. When you’re paying for each and every movie streamed, this performance is unacceptable. The service is still labelled as a beta though, so fingers crossed it’ll get better before long. The selection of films is, apart from the occasional new release, worse than LoveFilm too, with a couple of hundred rather than a few thousand on offer.

From the low of blinkbox, the DPS-1000 regains some ground with its BBC iPlayer integration. The layout is very similar to that used in the Sony PS3 and TV applications of the software. Navigation is a little sluggish but, like the LoveFilm app, the organisation of the iPlayer is intuitive enough to keep frustration at bay long enough to reach your desired TV nugget.

Seemingly quite aside from the slow navigation and glitchy performance of some of these built-in services, we occasionally found video failed to play completely until we reset the DPS-1000. We don’t doubt that still-developing services like LoveFilm and blinkbox still have their share of bugs, but the Digital Stream box brings its own share to the party too.

It also offers a selection of extra features, with DLNA, USB media playback, web TV and widgets for Facebook and Twitter social networking content. Those used to navigating the social networks on a touchscreen mobile phone or computer (and who isn’t) will find this network integration hopelessly clumsy, like am amputee dog ambling around with a little accessibility chariot attached to its back-end.

Native media playback is surprisingly good, with support for plenty of codecs including DivX, Xvid and MKV. 720p content is the max resolution for content, but if you have a giant 1080p MKV library to exploit, you’d be better off with a dedicated media player like the A.C. Ryan Playon!DVR HD anyway. There’s no direct shortcut to USB content from the main menu. Instead the playback menu pops-up when a USB stick is inserted – very poor interface design. 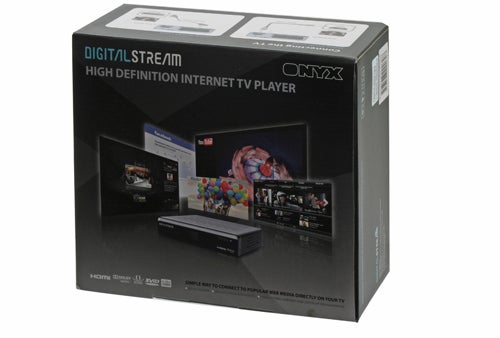 It’s yet more evidence that the Onyx Media Browser is a work-in-progress effort – whose under-construction status is very hard to ignore. In a previous version of the software, there was even a web browser, but that’s gone for the moment. Will it be back? Is it on holiday? Who knows. In several ways, the Digital Stream DPS-1000 is a shambles, but we can’t forget that it’s also the cheapest way to get a dedicated device that includes both LoveFilm and the BBC iPlayer. If you don’t have LoveFilm with unlimited streaming, you’d be better off with the cheaper Asus O!Play. And if you can afford it, the Boxee Box is much better.

It’s full of glitches and interface issues, but this is one of the cheapest ways to get LoveFilm streaming and the BBC iPlayer on your TV. It needs an optical audio output and a barrel-load of bug fixes though, so doesn’t win our recommendation.