Denon once again brings its enviable home cinema prowess to the 2.1-channel realm with another high-end system designed to knock the spots off the competition. The S-302 is one of two three-channel systems in Denon’s current ‘Smart’ series (replacing the S-301 launched in 2006) and as the top-end system it adds a few extra connections and features missing from the cheaper S-102, as well as mustering a greater power output. 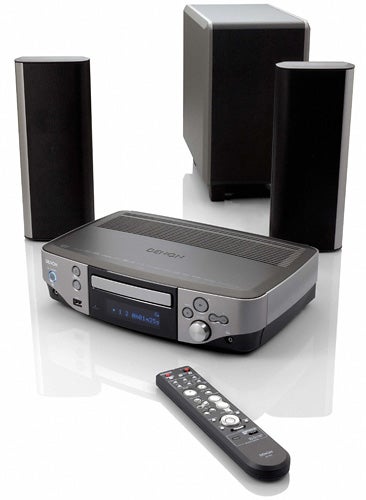 At the heart of the system is a highly attractive main control unit, which is robustly constructed using a steel chassis, aluminium front panel and the DVD drive from Denon’s awesome DVD-2930 player. There’s a busy but informative display panel and an array of large front-mounted buttons that glow blue when pressed and then fade away, which is a gorgeous touch. The disc tray glides out smoothly and quietly – always a sign of good DVD craftsmanship.

The front panel sports a USB port to play compressed digital audio, video or photo files from flash memory drives or MP3 players, and there’s a 3.5mm jack for other portable devices. The rear panel is packed with a frightening amount of connections, giving an indication of just how talented this system is. There is, of course, an HDMI output – the conduit for all-digital DVD pictures upscaled to resolutions of 720p, 1080i or 1080p – and it’s joined by component, S-video, composite video and optical digital audio outputs, but interestingly there’s no SCART output, revealing that this system is designed with flatpanel TVs in mind. The unit will convert video fed into the component, S-video or composite video inputs and output them from the HDMI socket – a feature missing from the S-102.

Other noteworthy sockets include a slot for an optional iPod dock and a LAN Ethernet port for the unit’s networking functionality (more on this later). External video sources can be played through the system using the component, S-video, composite inputs, while for audio equipment there are three pairs of analogue stereo inputs plus optical and coaxial digital inputs. FM/AM radio aerial, room to room and dock control ports complete this extraordinarily generous socket set.


If you have a wireless home network, then you can screw the supplied WLAN antenna onto the rear panel and stream music and photos wirelessly from PCs or Macs, plus you can listen to Internet radio. These are the same Wi-Fi capabilities found on Denon’s latest range of AVR home cinema receivers and are the sort of killer features that set them aside from other 2.1-channel systems on the market (and is one of the reasons for its hefty price tag). If you haven’t yet gone wireless, then you can link up to your network using the afore-mentioned Ethernet port.

Its onboard decoding talents are exemplary. Not only does it handle regular formats like MP3, JPEG and DivX 6, but it’s equally at home with WMA, AAC, m4a, WAV, WMA Lossless and FLAC – any of which can be streamed over a network. As for movies, the unit supports Dolby Digital and DTS soundtracks, while Dolby Virtual Speaker supposedly creates the illusion of 5.1-channel surround sound from the two speakers and subwoofer by ‘placing’ sounds around the room. Dolby Virtual Headphone is also on board in case you want to retain the surround effect when listening privately. 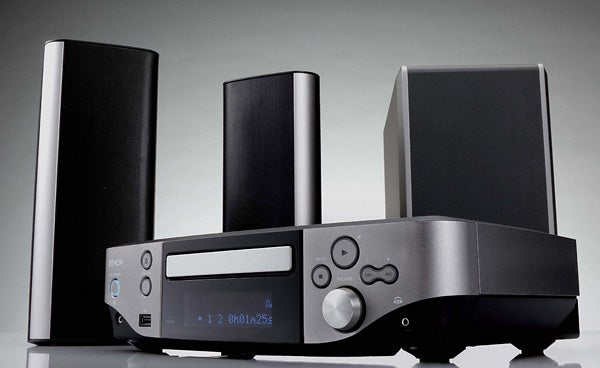 Amplification is handled by the passive subwoofer, which is 20 per cent smaller than the version supplied with the S-301. Power output is rated at 50W per channel for the stereo pair and 100W for the sub, which also benefits from the new Audyssey Bass-XT and Audyssey Dynamic EQ modes, which offers deeper bass response even at low volumes. These are backed up by a wealth of other audio talents, chief among which is Denon’s own AL24 processing. 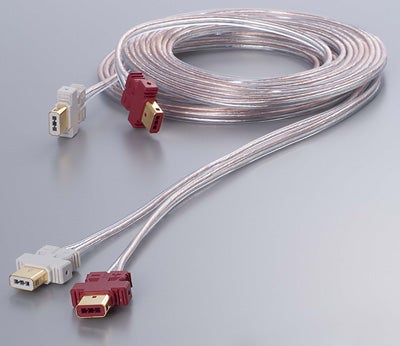 Being a 2.1-system, setup is easy – we had the system up and running in ten minutes. The main unit links to the underside of the sub using a single system connector, while the immaculately built speakers plug into the sub using cables with durable colour-coded plugs. Optional shelf stands (ASF05) and floor stands (ASF07) are available for the speakers. 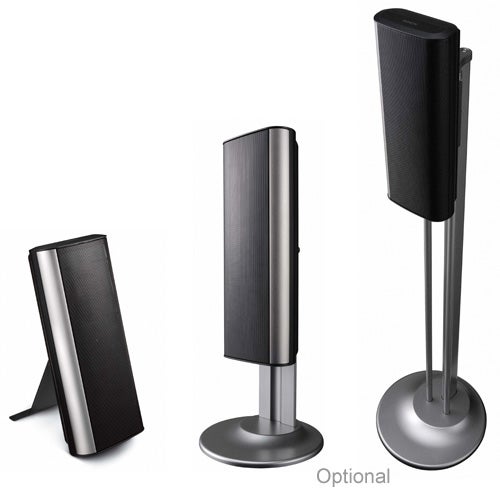 The top-drawer user-friendliness continues onscreen. Denon has designed an eye-catching new user interface for this system, which is a complete doddle to navigate. All of the functions can be accessed from one ingeniously structured central menu, which lists each media type down the left using charming icons, while the helpful hints at the bottom of the screen make all of the menu options easy to understand. Even integrating the system into a network is straightforward, particularly if you’re using a DHCP wireless router as we did. 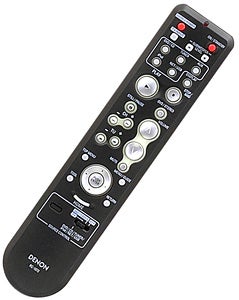 Heightening the system’s ease of use is an unusual but effective remote, which boasts large, well-labelled buttons and a sensibly placed menu control pad. The dedicated subwoofer level controls are a particularly thoughtful touch.


We pulled ”The Lord of the Rings: The Fellowship of the Ring” off the shelf, and right from the start we were entranced by the S-302’s picture quality. The early shots of CG armies doing battle with Sauron look majestic and richly cinematic, and the deck’s meticulous detail reproduction means that nothing gets lost in the shadows. Similarly, long shots of Rivendell or the spellbinding New Zealand scenery are crisply reproduced, with the Faroudja DCDi chip’s slick 1080p upscaling keeping ugly artefacts at bay during the interpolation process.

We’re also impressed by how striking and realistic the colours look, as demonstrated by the pure blue skies on display as the Fellowship makes its way across the snow-capped mountains. On the flip side, the system’s deep black level and wide contrast range makes the subsequent Mines of Moria sequence look magnificent – objects are consistently visible and there isn’t a jot of MPEG-2 block noise to spoil the view.

The presence of only two speakers means the movie’s big action sequences don’t get the pulse racing in the same way as a full 5.1-channel setup, and anyone hoping for a convincing six-channel effect will be sorely disappointed. The Dolby Virtual Speaker mode doesn’t make a great deal of difference, failing to make us believe that there were extra speakers in the room. Thank goodness then, that the quality of regular stereo sound is so masterful. Loud action scenes blast from the speakers with controlled force and intensity, while the subwoofer’s bass output is so deep and chunky you’d swear there was a cave troll in the room. This is 2.1-channel sound at its most sophisticated.

This also translates into magnificent audio playback. The sprightly reproduction of sonic detail and far-reaching frequency range of those solid speakers makes CDs really sparkle. And a quick run-through of the supported multimedia formats from USB, disc and over a network reveals that they all play without a glitch, and on the whole they look and sound as good as they do on a decent standalone player. The only downside is the lack of DVD-A or SACD support, which is surprising given Denon’s usual commitment to these hi-res formats – they can sound terrific in stereo and probably would have done on this system.


As 2.1-channel systems go, the S-302 is expensive and its virtual surround performance is underwhelming, but if you wanted surround sound you’d buy a 5.1 system, right? The S-302 is aimed at those who don’t have room for six speakers but want the best possible three-channel performance as well as a wide-ranging feature list and refined build quality – and on that score, the S-302 is a Smart choice.