Denon’s 2013 AVR range is out, having been outed to the world in April. The Denon AVR-X1000 sits one step up from the entry-level AVR-X500 and offers a compelling balance between features and price that should attract many home cinema newcomers.

The Denon AVR-X1000 is a receiver for those who find the AVR-X500’s no-frills approach too limiting. However, it still has its eye on the average home cinema buyer, with a 5-channel amp rather than the 7.1 setup you’d find on a higher-end model. 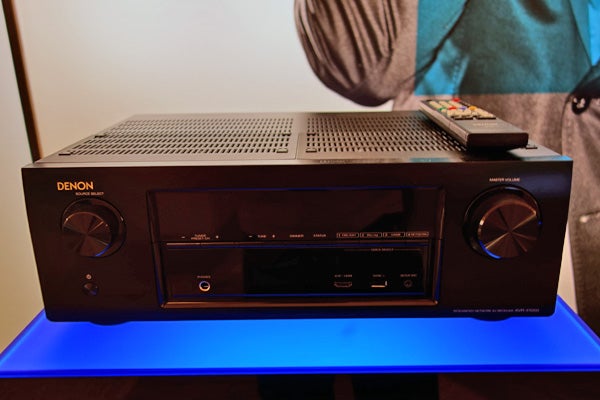 Each channel has 145W of power, a trifling 5W over the X500. However, it also has a new OPAMP and DAC, where the X500 uses last year’s models. Both of these components are at the base of sound quality.

The more important differences are arguably in features and the redesigned UI, rather than the amp section, though.

The Denon AVR-X1000 is the cheapest current model to offer Audyssey MultiEQ XT setup, which uses a microphone to tune your system and attempt to eliminate any unwanted sonic characteristics of your room. It’s also handy for settings speaker levels if your front speakers don’t match the rears. 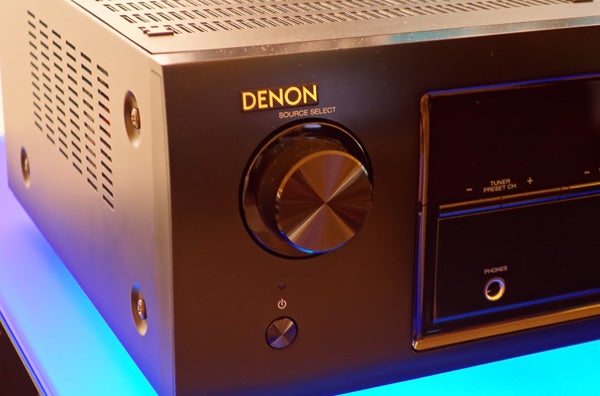 This receiver is also the lowest- in the X-range to bring internet connectivity. Like most receivers, it doesn’t have Wi-FI built-in, but it does have an Ethernet port and numerous third-party Wi-Fi dongles are compatible if your router is not nearby.

Get connected and a bunch of features inaccessible to the cheaper AVR-X500 are opened-up. With the Denon AVR-X1000 you can stream music over Apple AirPlay, use DLNA streaming, listen to internet radio, Spotify or Last.fm. You can also control the receiver using a free Denon app, which is available for iOS and Android. 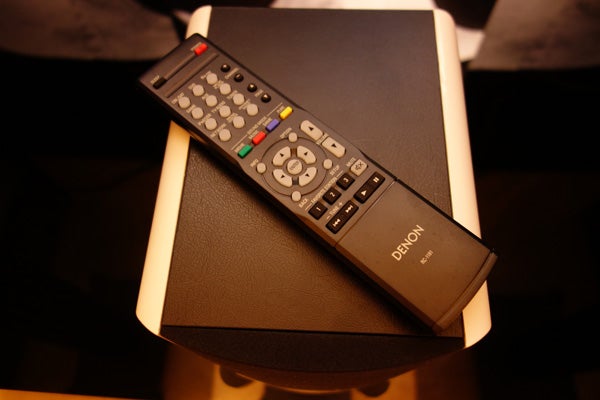 Upgrades over Denon’s entry-level model aren’t restricted to wireless and setup extras many of you may not use, either. The Denon AVR-X1000 has five HDMI ports – four on the rear and one up front – which should be sufficient for the vast majority of households. Virtually all standards that apply to the sort of system this 5.1 receiver is designed to power are supported too – including TrueHD/DTS-HD audio and 3D passthrough. 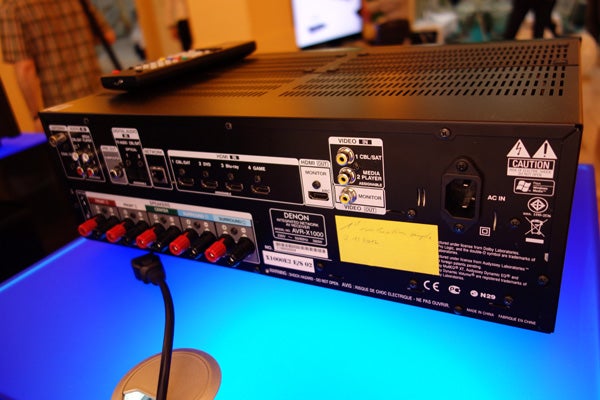 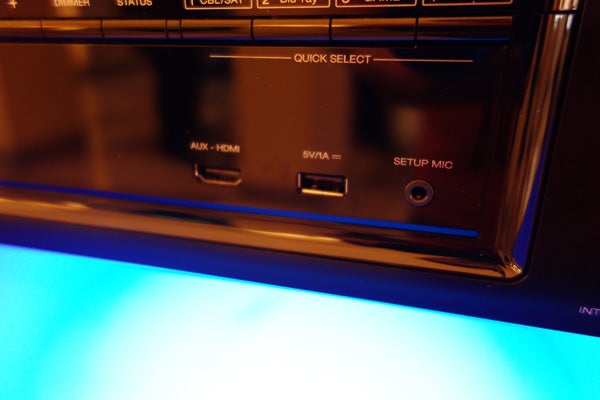 One final handy upgrade is the front USB port, which lets you plug in a memory stick or iPod/iPhone to play your own music files.

The Denon AVR-X1000 is perhaps the most attractive of all Denon’s 2013 line-up for the average home cinema buyer. It offers many, many more features over the entry-level AVR-X500, and yet remains fairly accessible at £349. We’ll see how it stacks up against the rivals from Onkyo and co. when we get one in for a full review