The Denon AH-D5200 are high-end closed headphones. Unlike most pairs at the price, you don’t need a super-quiet environment to enjoy them. Noisy flats, or kids, are no show-stopping problem.

These headphones look classy and are extremely comfortable, making them ideal for all-day-long listening.

Note that the sound does favour pleasure over extreme tonal accuracy, however. They’re smooth to the point of glossiness, have exciting sub-bass, and are fairly flattering about your tunes.

They don’t have as natural-sounding mids as some rivals, though, which makes vocals appear less realistic. 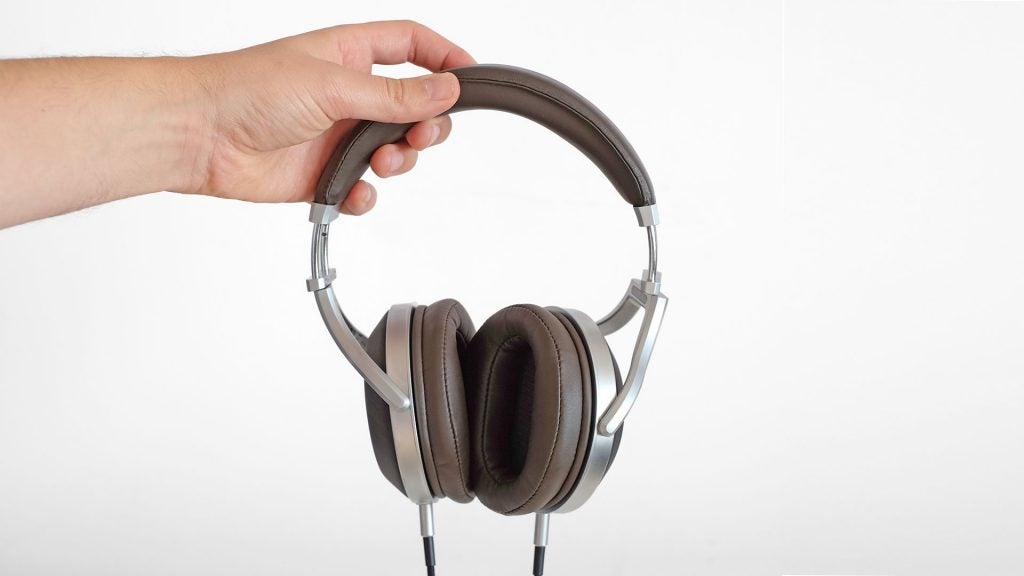 The Denon AH-D5200 are large, full-size headphones with closed backs. However, they’re not really made for portable use.

The fit is looser, and the cable much too long to be suited to use on the train. Take them on the commute and you’ll look, and feel, a bit silly. These headphones are for your living room or study, for late-night movies or old-fashioned active music listening.

Some of the materials have been toned down compared to the “big brother” AH-D7200. In place of real leather, the AH-D500 use synthetic leather for the headband and cup padding. However, you’ll be pleased to learn that all the parts that look like metal are in fact metal. 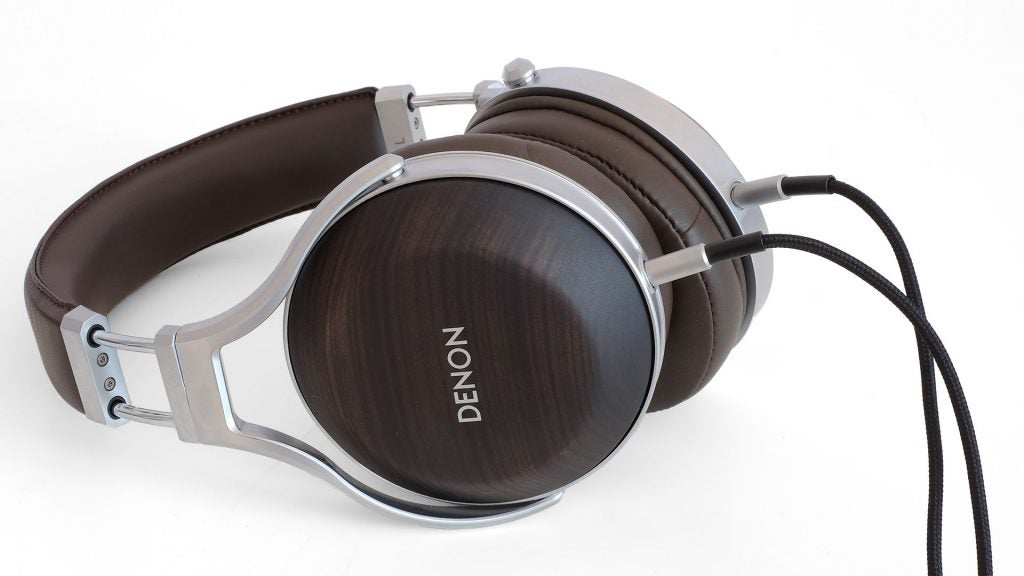 The Denon AH-D5200 cups are topped with real wood, the grain clearly visible across their curvature. High-end Audio-Technica headphones use wood, too. Nevertheless, here it plays a role in ensuring the AH-D5200s stand out against rivals from HiFiMAN, Sony and Sennheiser.

These headphones are super-comfortable, too. The pads are extremely thick, and slightly lopsided to better fit your head. This is one of the benefits of a pair that doesn’t have to tailor its look for the street.

“At home” closed pairs such as needn’t worry quite as much about isolation either, but the blocking effect you get with the Denon AH-D5200 is decent nonetheless. My home is on a main road, and they successfully zone out traffic noise – which can’t be said of open pairs, or even my speakers. 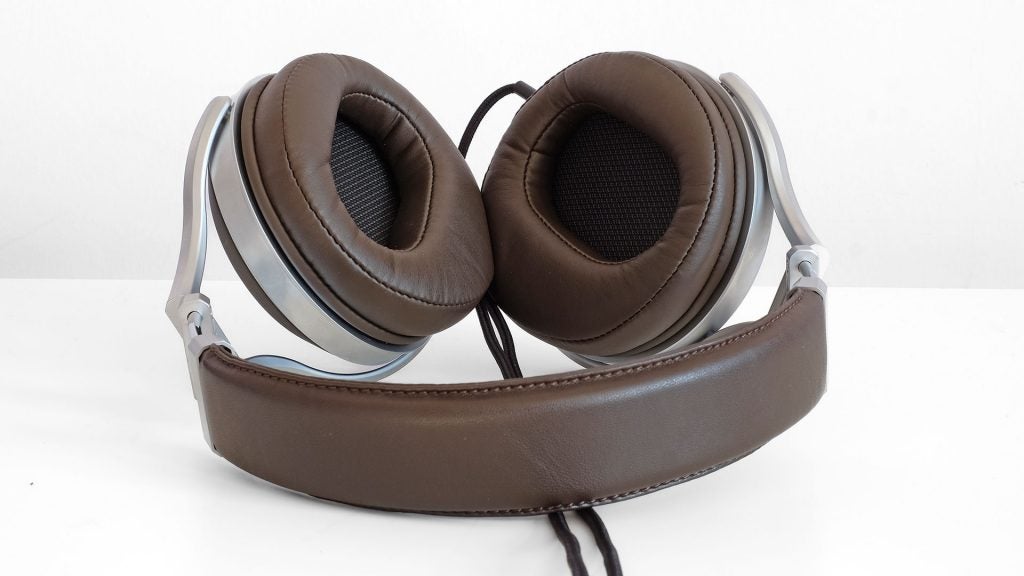 You should be aware that there are zero extra features here, however. Such straight-forward headphones are increasingly rare outside of pro lines intended for studio monitoring. Those don’t get updated much, either.

There’s no Bluetooth, no active noise cancellation and no control for a connected phone. They are, however, much easier to drive than most of the headphones I’ve used for comparison, including classics such as the AKG Q701, HiFiMAN HE-5 and Oppo PM-3.

The Denon AH-D5200 may deserve a headphone amp, or at least an amplifier with a decent headphone stage, but the output of the average AVR will be able to supply enough volume to keep you happy. 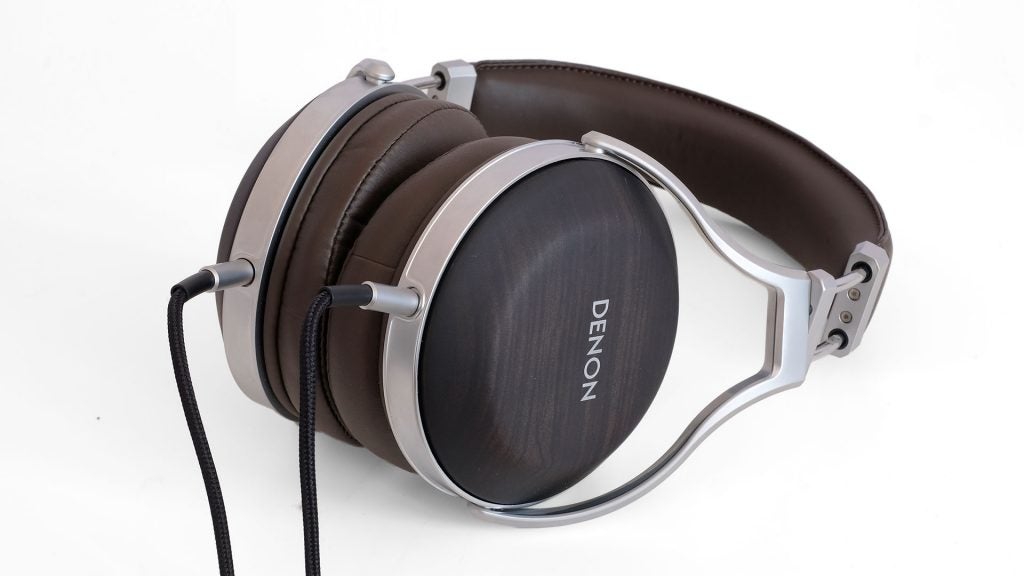 Unlike the AH-D7200, these headphones also have removable cabling. It plugs into each cup, the standard for high-end headphones, but as they use a 3.5mm socket, finding an aftermarket cable that fits should not be difficult. Most of you probably won’t feel the need to do this, though. That’s one to save for next-level headphone obsessions.

The Denon AH-D5200 focus on raw enjoyment rather than the tonal and textural accuracy many shopping at the price prioritise. For the most part, this can be taken as a positive if you simply want a set of headphones to make your music and movies sound engaging.

Movies are a particular highlight, since the Denon AH-D5200 offer excellent sub-bass. It isn’t attention-grabbing or artificially highlighted. But when it enters your ears, there’s an instant “yes, this is the good stuff” satisfaction. 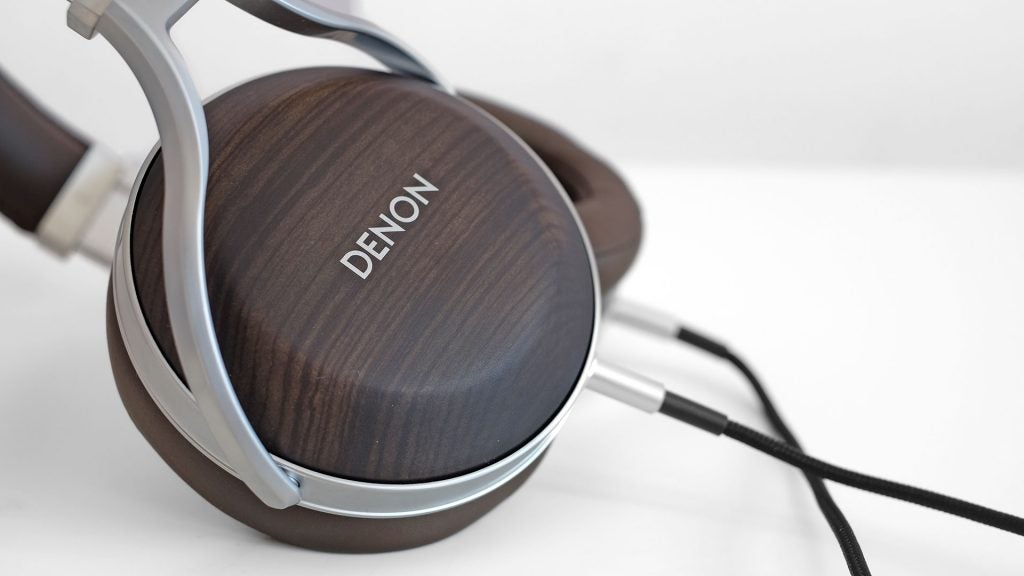 More conventional bass is strong, too, with plenty of punch but no significant mid-bass bleed – which would be a serious issue in a set of headphones at this price.

Treble is smooth and non-fatiguing, and there’s a gloss over the entire sound that makes the Denon AH-D5200 suitable for hours of listening. These headphones are no old pair of slippers, though. While Denon has avoided hard edges, the presentation isn’t distant or relaxed.

While several of my comparison pairs were – naturally, given the price – open-back, the Denon AH-D5200 do come across up-front. This doesn’t veer into outright aggressiveness. However, combined with the bass power, these headphones seem lively and dynamic. 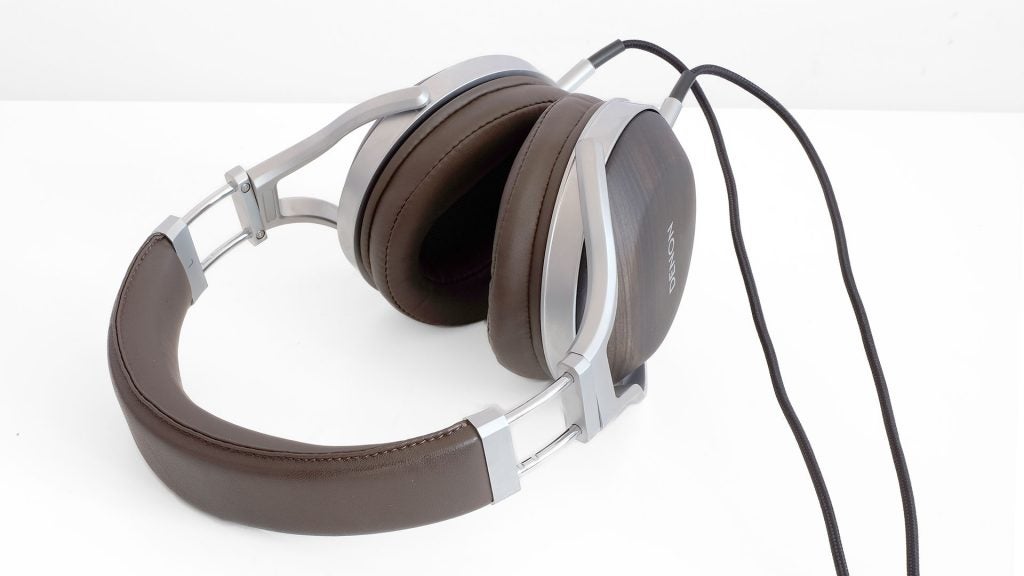 However, the Denon AH-D5200 also have an issue that, in one sense, means they land below old favourites such as the HiFiMAN HE-5, AKG Q701 and Oppo PM-3. There’s something just a little off in the mids that makes vocals sound less realistically and naturally rendered than through these other top pairs.

There are likely several factors that could cause this. A slight spike in the upper-mids/lower treble is the most recognisable. While this helps to add more vitality to the sound,  it does affect the integrity of the mid-centric “instruments” such as vocals.

But are these headphones smoother and probably more fun to most ears than the AKG Q701, for example? Absolutely.

If you’re after a pair of headphones that don’t require an ultra-quiet house or flat, that are super-comfortable and lend high-fidelity weight to movies and music alike, the Denon AH-D5200 are a decent choice.

What they don’t quite have is the mid-range tonal fidelity of the best in this price range. If you want to hear vocals rendered with uncanny realism, you might want to check out planar models from Audeze, HiFiMAN and (while they’re still available) Oppo.