Sometimes it seems that ear canal headphones are taking over the world. Almost every pair of upgrade headphones on the market seems to be of the noise isolation variety and even some MP3 manufacturers are beginning to include them with their players. Whatever happened to quality earbuds? They seem to be rapidly going the way of the dodo. And how about over-the-head cans?


They might seem old-fashioned and esoteric, but don’t write them off just yet. The simple fact is that traditional headphones are the best way of enjoying your tunes at home – and better still they can produce incredibly good quality music for the money. I’ve owned a pair of Grado’s SR325i’s for some time now, and they’re perfect for a bit of late night headbanging when the kids are asleep, or for chilling out to a spot of classical without having to turn the volume down so low you can’t hear the quiet bits. And for a mere £280 they sound far better than any pair of speakers you could buy for the money. 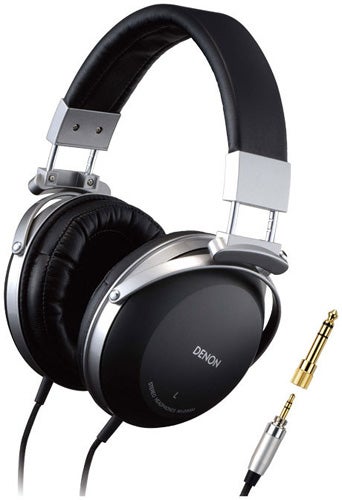 This is precisely the market that Denon’s AH-D2000’s are aimed at. They’re expensive – at £250 this is not a purchase to be made lightly – but they are every bit the quality audio component. They’re simply beautifully constructed: luxuriously soft leather padding is wrapped around the headband; the ear pads are made from the same soft padding and leather, with stitching a Saville Row tailor would be proud of; and the earcups, though large, are not as heavy as they might be thanks to a lightweight magnesium subframe. Put these on your head and you really feel cosseted – it’s like the audio equivalent of travelling in first class, driving a very expensive car or eating out at a Michelin three star restaurant.


Though they don’t fold flat for storage, the rest of the design smacks of similarly careful attention to detail. The hinges on the earcups, for instance, are solid metal and they extend from the headband with a satisfyingly smooth clicking action. The cable running from each ear is wrapped in a tightly-woven cloth jacket and there’s a generous three metres of it, too – so you can sit a fair distance away from your stereo without having the wires tug at your ears when you move. At the end of this cable is yet another luxurious touch – a hefty-feeling 3.5mm stereo jack made from solid, cold metal. A nice touch – most high-end headphones such as this have the larger 1/4in (6.35mm) type that must then be converted back to 3.5mm for listening to portable players

Compared to my Grados these Denons are on another planet – in build quality and comfort terms at least. The Grados’ foam supra-aural earcups can become uncomfortable after extended listening; these do not. The Grados feel quite fragile in comparison, but they’re also a fundamentally different design. Where the Grados are open-backed – which is supposed to offer the best possible detail and sound quality – the Denons are of the closed back variety – a design more frequently seen on noise-cancelling and DJ headphones than high-end audiophile units. 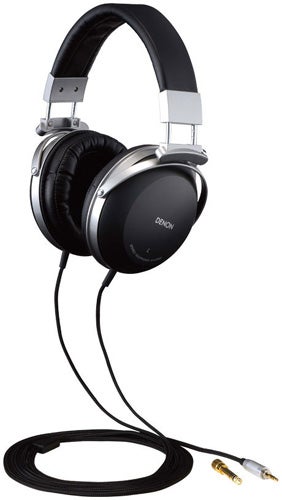 This approach has its benefits. There’s far less noise leakage from a pair of closed back headphones than with opened back cans, which is ideal if you want to listen to your music in the same room as someone else. Open back headphones can irritate if you’re sat right next to someone else trying to read a book or watch the telly, for instance. Closed back headphones shut out the outside world more effectively too, though I hasten to add that these Denons won’t shut out aircraft thrum, office air-conditioning or commuter train bustle like Sennheiser’s noise-cancelling PXC-450’s.


The burning question I wanted answering, however, was how these AH-D2000 would fare for pure sound quality in comparison to Grado’s superlative 325i headphones? For while they’re not the most comfortable or best built phones in the world, the latter do produce simply fantastic sound quality for the money. 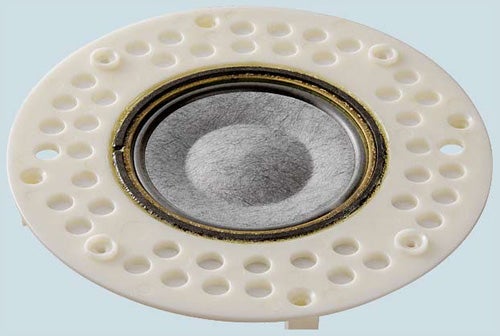 First things first, though the Denons exhibit a slightly closed sound, they do still manage to feel extremely light and airy. Denon makes much of the phones’ microfibre diaphragms, which it claims reproduce the nuances and details in music much better than the cellulose type in most headphones. I imagine this helps in this regard – the AH-D2000’s certainly don’t sound very boxy.

Play Ramon Ruiz’s beautifully recorded flamenco-style guitar through them and you’ll find there’s a real sense of atmosphere to them. You can hear the buzz of the strings on the frets, and the jangle of his rasgueados seem to leap out into your brain, but also the character of the guitar seems to come right through and there’s a real weight and attack to the low notes. My favourite test, an extract from Mozart’s ”Requiem”, was next up – a powerful blast of choral drama that really tests audio components to their limits. Again, the Denons had a little closed sound to them, but the drama and detail was all there, and the ominous plodding of the orchestra had impressive weight and gravitas.


Here, however, the Grados showed their strength. They sound just that little more real, effortless, and unforced. Though the Denons are extremly good they can’t quite reproduce music with the same sort of hair-raising realism that the 325is can. Worryingly, when I cranked the volume up during the louder choral passages, the AH-D2000s started to break up, but since this was at levels that would turn you deaf if you listened for longer than a few hours, it’s probably nothing to worry about.

Move to something a bit more populist, however, and the Denons really come into their own. A session with Muse’s ”Absolution” had me really tapping my feet. The bass these headphones generate is quite something: visceral, thundering and as unmovable as a stubborn elephant, yet it never becomes ill-defined or muddy. Nitin Sawhney’s album ”Beyond Skin” is littered with low, gut-wrenching bass that’s almost subsonic at time. The AH-D2000s reproduce them in all their gut-wrenching glory. 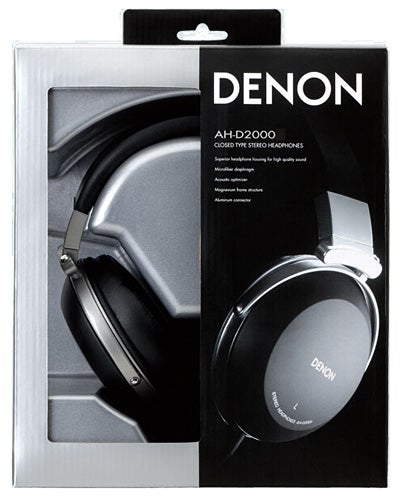 Another strength of the Denons is that they’re also extremely easy to listen to. I do occasionally feel with the Grados that they’re almost too detailed – not so here. They’re so laid back and smooth I felt I could listen to them for hours on end without wanting to take a break.


The Denon AH-D2000’s are clearly highly capable all-round headphones, a fact backed up by their performance with all types of music. Whatever you play through them – be it Metheny, Metallica or Macy Gray – you’ll be sure to enjoy it.


Granted, they may not be as pure, as detailed and dynamic, or as airy as my Grados, but I found myself reaching for the Denons more often. They’re very comfortable, lovely to listen to and well worth £250 of your hard-earned cash. Buy a pair, match it with a decent headphone amplifier and they’ll blow you away.