Since Intel’s launch of its latest Xeon 5500 Series processors at the end of March all the main server vendors have gone into overdrive to get this technology to market. In a surprise move that beat HP and IBM to the punch, Dell was one of the first out of the blocks and in this review we take a close look at its 11th generation PowerEdge R610 rack server.


The Xeon 5500 processors aren’t just an upgrade but represent a completely new design so server manufacturers have had to produce brand new products to support them. This technology was introduced at the end of last year in Intel’s Core i7 products but the 5500 ‘Gainestown’ processors are aimed specifically at dual socket server applications.

The R610 supports most of the 5500 range – our review system had a pair of 2.4GHz E5530 modules but you can pick and choose from 10 other processors. From the front, the R610 has a mean look with the newly designed bezel and behind this is a six-pack of disk bays supporting the smaller 2.5in SFF (small form factor) SAS drives.


The carriers are more sturdy than those in the older PowerEdge 1950 and the new PERC6/i RAID controller has 256MB of embedded cache, supports an optional battery backup unit and brings dual-drive redundant RAID-6 arrays into the storage equation.


In fact, the entire front panel has been redesigned as Dell’s trademark backlit LCD display has been upgraded with an operator panel so you can configure the remote management port network address and scroll through readouts of power consumption and temperatures.

Access to the server’s innards is gained by removing the top panel and even a quick glance shows a wealth of new features. Server virtualisation is high on Dell’s agenda as the optical drive has an SD memory card slot sitting on top of it. This is specifically designed to accept bootable 1GB cards with embedded hypervisors installed although at present Dell only supports VMware’s ESXi.


The new layout has a reduced cooling requirement and this task is handled by a row of six small dual-rotor fans mounted in front of the motherboard. This design is a big success as we found the R610 extremely quiet during testing, making it highly suited to office environments.


The two processor sockets are located just behind the fans and each is accompanied by a dedicated bank of six DIMM sockets. The new chipsets support triple channel DDR3 memory only and Dell offers both UDIMM (unregistered) and RDIMM (registered) varieties. UDIMMs cost less and support two per channel whereas RDIMMs support three per channel. If you don’t plan on using much more than 4GB in the server then go for UDIMMs.

You’re spoilt for network connections as the server sports a pair of embedded dual-port Gigabit adapters – no other server vendor apart from Sun (or Oracle as it is now) offers this many standard ports. They’re also iSCSI ready as they have an integral TOE (TCP offload engine) which can be activated with a simple upgrade. There’s even room for two expansion cards as the server has two riser cards each offering a PCI-Express slot.


The mysterious black box at the rear of the motherboard is Dell’s new Lifecycle Controller. Inside is 1GB of NVRAM, which you can use to boot the server from. This takes you to the new UEFI (Unified Extensible Firmware Interface) environment complete with GUI plus mouse and keyboard support.

Dell’s thinking with the UEFI is you no longer need to boot your server from a disk to install an operating system as it’s all done from here. You can also store firmware versions and drivers on the controller for immediate access and it provides diagnostics and server update tools as well.


Dell has completely revamped its management software with the aim of providing a central console that can manage not only Dell systems but other vendors’ servers and all networking equipment as well. Dell’s old IT Assistant gets the boot and is replaced with the Management Console, which has Symantec’s Altiris Notification Server at its heart.

It provides vastly superior reporting facilities and can automate tasks to run jobs on multiple systems. An auto-discovery populates its database with all servers and SNMP enabled devices, and you can push an agent to each server and workstation that adds features such as automated inventory and remote control.


Remote management gets another boost with Dell’s new iDRAC6 card, which adds a dedicated network port at the rear. The standard model offers server monitoring where you can keep an eye on critical components, add alert notifications if things go awry and remotely control power. The Enterprise upgrade brings in KVM-over-IP for full server remote control and support for virtual media.


Dell’s new PowerEdge R610 is one classy rack server that delivers a remarkable range of new features, some of which are unique. It’s very well-designed and offers full support for the latest Xeon 5500 Series processors plus Dell has made some huge improvements with its new systems management software. 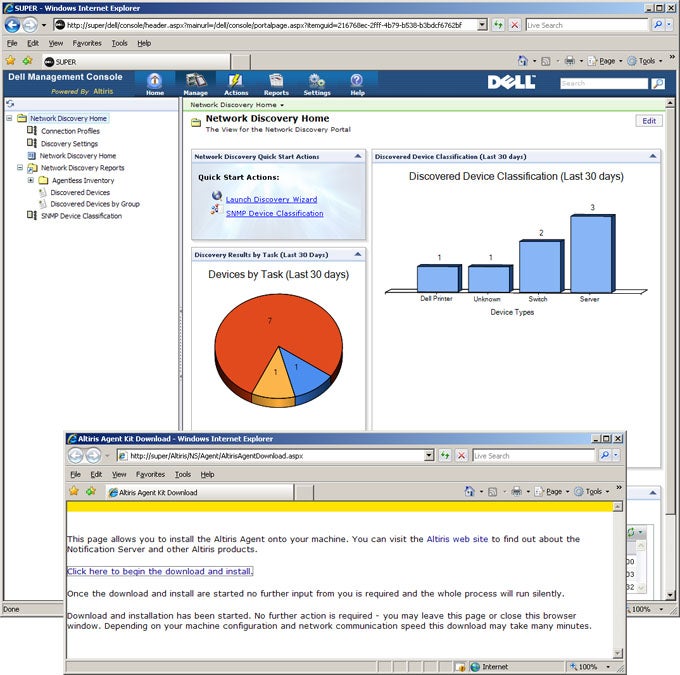 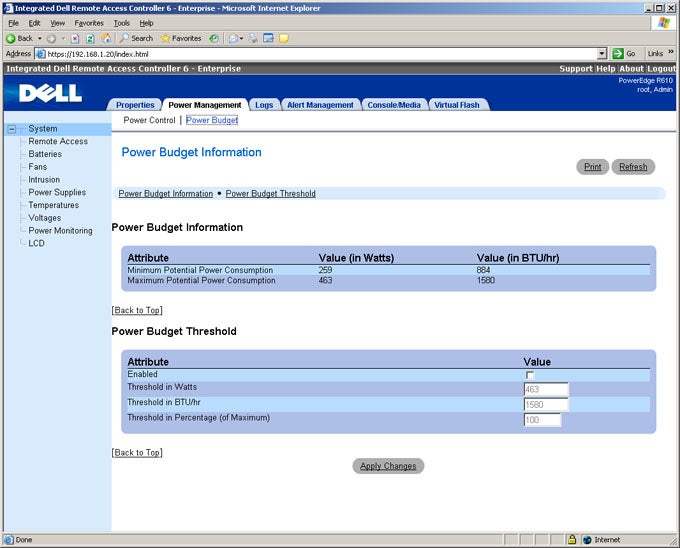 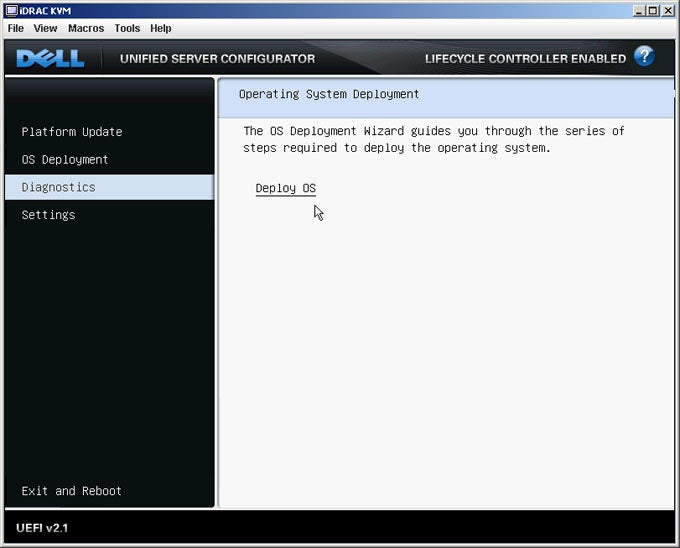 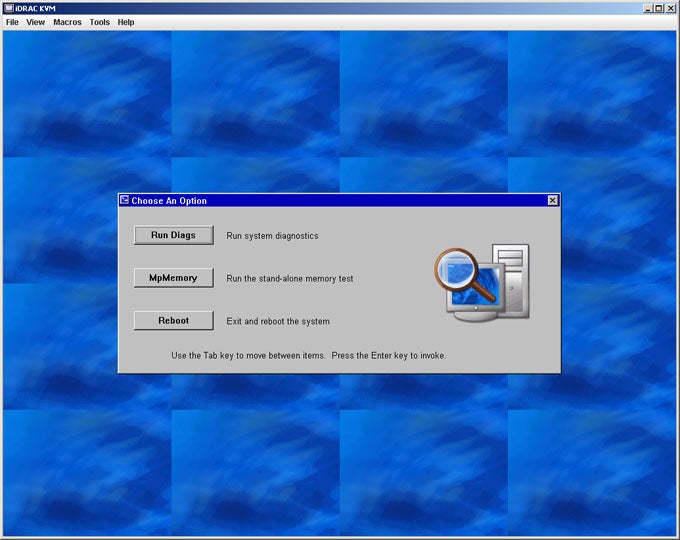 (centre)”’Along with storage space for drivers and firmware, the Lifecycle Controller can also run diagnostics on the server”’(/centre) 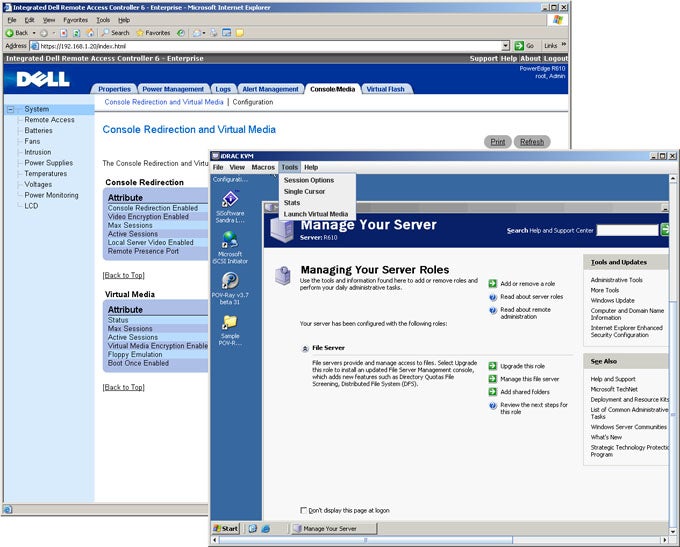