The Dell G3 15 was one of our favourite gaming laptops from last year. While not a best-in-class, bleeding-edge device, it offered excellent performance considering the extremely affordable prices.

The main reason we were a little down on the 2018 Dell G3 15 was that the display was sub-standard. Dell seems to have heard our prayers, because this time around, there will be displays which refresh at 60Hz and 144Hz. As well as the option to take the same Nvidia GTX 1050 and GTX 1060 graphics processors, models with the newer GTX 1650 and GTX 1660 Ti GPUs will be available as well.

While we’re still waiting on UK prices, early signs suggest the new Dell G3 15 will be another great value-for-money buy, while addressing key issues  faced with the previous version. 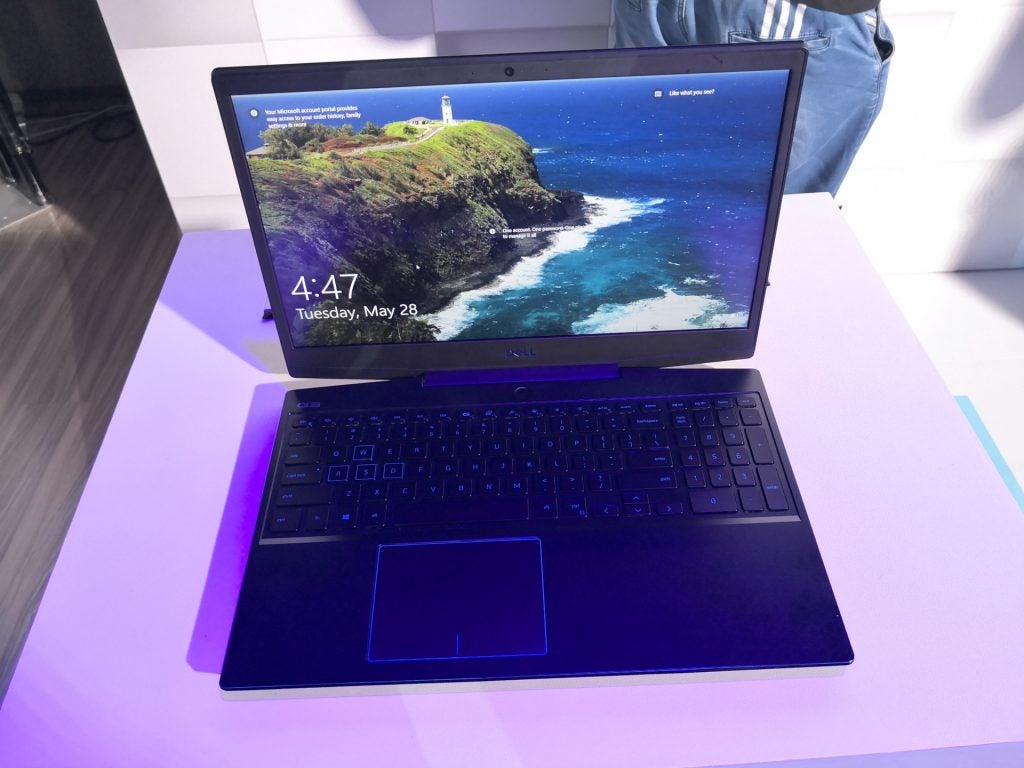 UK prices for the new Dell G3 15 have yet to be confirmed, but Dell says the range will start at $800 over in America.

While the 144Hz versions are likely to be costlier, and will push the Dell G3 15 further beyond the £1000 waterline, that’s still generous by most gaming laptop standards.

In short, expect to put aside £800-£1200, depending on your gaming needs. A system with a 1660 Ti should easily be able to play Apex Legends at 120fps, for example. If that’s something you’re keen on doing, then look for a 144Hz Dell G3 15 with the best graphics option. 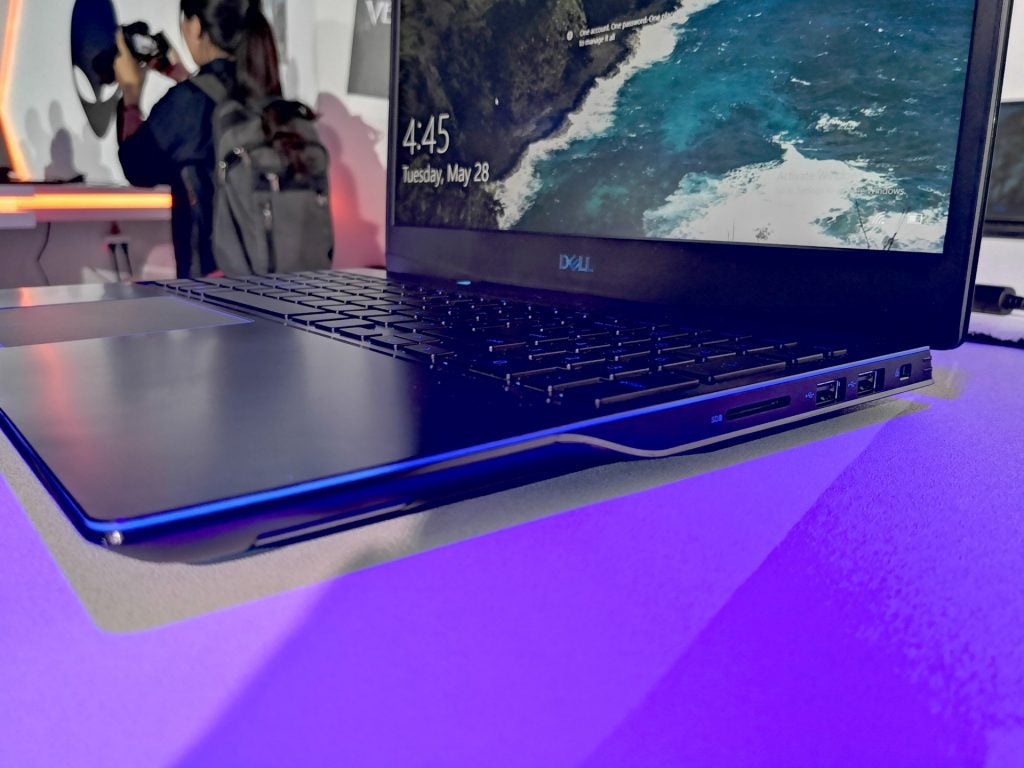 Display viewing angles have improved greatly since last year, when they were, quite frankly, a bit rubbish.

The new Dell G3 15 range is already available in America, but UK release dates have not been announced as of yet. 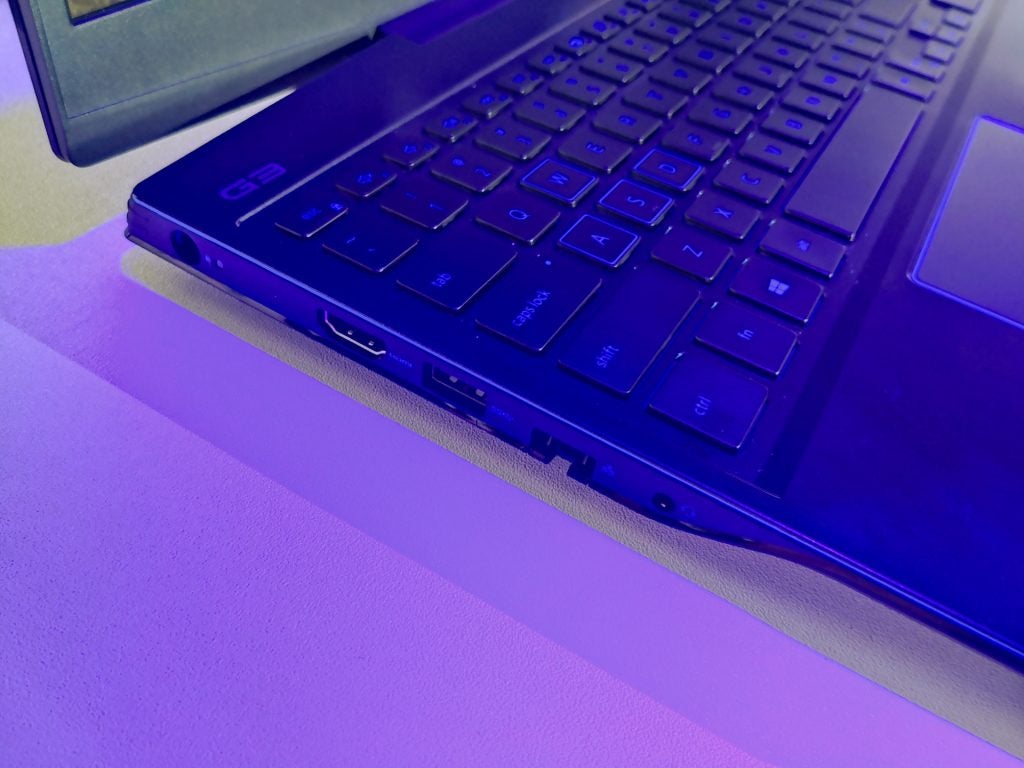 In terms of ports, you get HDMI, Type-A USB, Ethernet, and a 3.5mm jack on the left-hands side. On the right, full-sized SD card slot, Type-A USB, and a Kensington lock slot.

Dell’s G3 range of gaming laptops have always been the cheap and cheerful counterparts to the bigger and more powerful G7 range, and several orders of magnitude below the fancy Alienware machines in terms of performance power.

That’s not to say they’re bad. The G3 series represents good value for money, but cheap laptops always fall down somewhere, and historically, the displays have not been much cop. Dell seems to have taken this into consideration with this forthcoming range.

While the demo model I saw at Computex 2019 was not a 144Hz model, the screen did look very good – it certainly didn’t exhibit the poor viewing angles of the previous version. 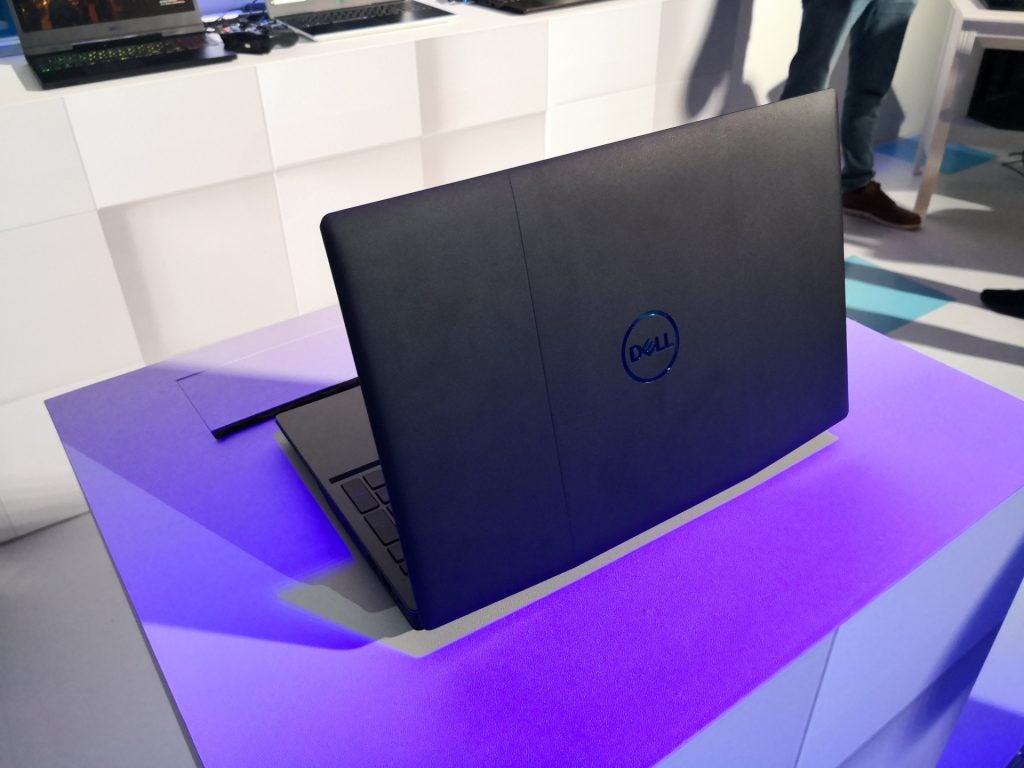 Details on colour space coverage aren’t yet available, but it’s likely this will be a middling display in that regard, and therefore won’t be suitable for serious creative work. But if the viewing angles are at least OK, this means this laptop should be better for watching Netflix or iPlayer, when you need a break from gaming.

Graphics cards options are more of the same – GTX 1050 and GTX 1060 – with a couple of newer options – GTX 1650 and GTX 1660 Ti – thrown in. This will be plenty powerful enough for battle royale titles, and you should (just about) be able to run AAA games too, albeit at lower settings.

Another positive change is that the keyboard will feature RGB lighting, another first for the Dell G3 range. Unlike higher-end gaming laptops which have individual RGB backlights for every key, the 2019 Dell G3 15’s keys will be lit by four separate panels.

Game Shift is another cool feature, which is a manual turbo control that kicks the Dell G3 15’s fan up to maximum speed for an optimal performance during intense bouts of gaming. If you’re gunning for that chicken dinner and the fan speed starts to drop, you can tap the dedicate Game Shift macro key and it’ll have those blades turning at full pelt again. Unfortunately, I wasn’t able to properly play around with the Dell G3 15 and see this working for myself.

For what it’s worth, the new Dell G3 15 looks a lot nicer, too. While you shouldn’t expect budget gaming machines to look particularly sexy, this one is decidedly more elegant than the boxy beast from last year.