A mono laser printer in an office, likely to be shared by several people, needs to print fast enough not to hold anybody up. Dell’s 5330dn should certainly be up to that, as it’s rated at 50ppm, or close to a page a second.


The 5330dn is to printers what a Borg Cube is to starship design. Not unattractive, but it is pretty much a big, black cube. Since all other Dell kit is also black, it will fit well with this, but if your computers are the beige/cream of some other company, it’ll be more noticeable. 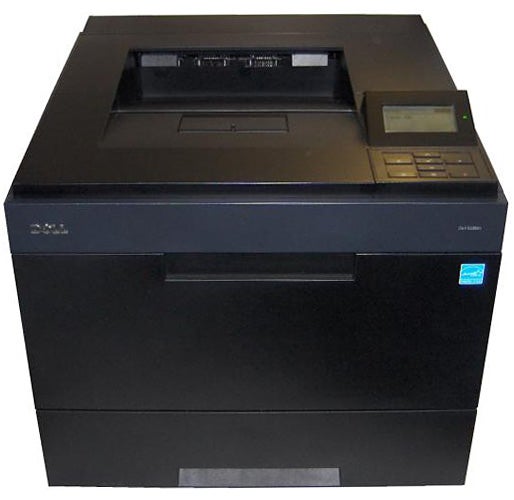 The printer has a bitmapped, backlit LCD panel sitting up, Toblerone-style, behind a rectangle of control buttons on the right side of the paper output slot. This slot is set deeply into the top cover, to the left of the controls and there’s a flip-up paper stop that you probably won’t need when printing A4 pages. 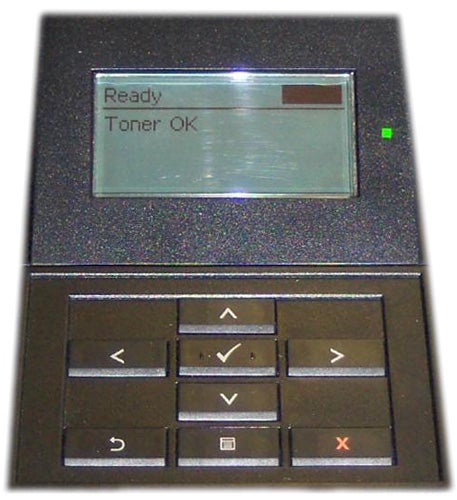 The main paper tray takes a full 500 sheets and a multi-purpose tray, which pulls down from the front panel, can take another 100 sheets of letterheads or envelopes. There’s plenty of expansion potential, too, as you can add a second 500-sheet tray as well as a massive, 2,100-sheet high-capacity feeder, giving a total input capacity of 3,200 sheets. An output expander, which clips on the top of the machine, increases the unattended output capacity to 1,000 pages. 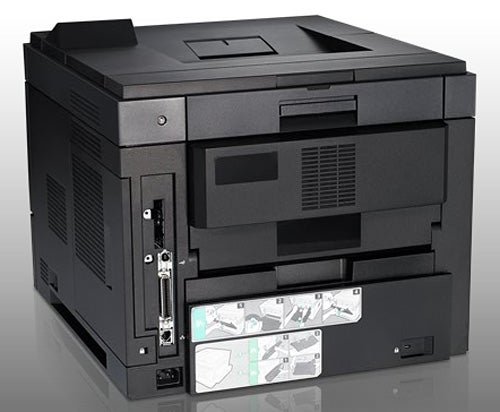 At the back are sockets for USB, gigabit Ethernet and a legacy parallel port. The printer supports Windows, OS X, Linux and Unix. Supported Linux distributions include Red Hat, Fedora, Mandrake and SUSE. Dell provides emulations of both PCL6 and PostScript Level 3.


The drum and toner cartridge is a substantial, one-piece consumable, which drops into place once the front of the top panel is flipped up. It’s not that easy a fit and takes a bit of fiddling to get the cartridge into position, but with capacities of 10,000 or 20,000 pages, neither of the cartridges is going to be a frequent fiddle.

The 5330dn is rated at 50ppm, one of the highest speeds of any machine we’ve tested, but only if it reaches the figure in the spec. Our five-page document took 18 seconds to complete, which equates to a speed of 16.7ppm, exactly a third of the rated figure.


Printing in draft mode was only marginally quicker, increasing the speed to 17.7ppm, but when we printed in normal mode on our longer, 20-page job, the speed increased to 34.3ppm. While this is still quite a bit slower than Dell rates the printer, it’s still among the fastest machines we’ve tested. 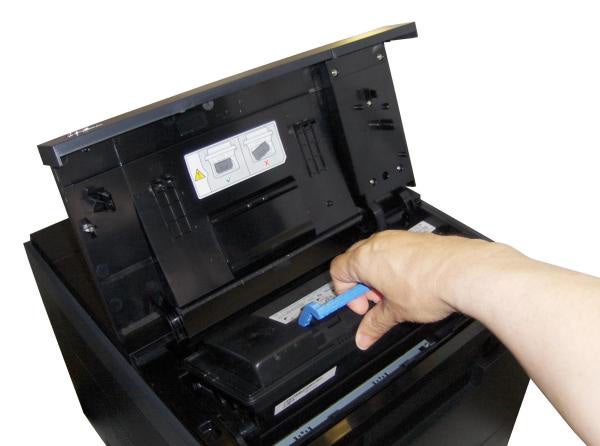 Duplex print is standard on this machine and printing our 20-page document on both sides of the paper took 49 seconds, giving a speed of 24.5ppm. This is again a good speed, well up with the best we’ve seen and a good reason to print most documents duplex.


The normal resolution of the printer is 600dpi, but it can also print at 1,200dpi and from our tests, there’s little difference in print speed. Our 15 x 10cm photo on an A4 sheet took nine seconds at both resolutions, and although the dot pattern in the 600dpi version is slightly more noticeable, both are quite acceptable for general-purpose use. 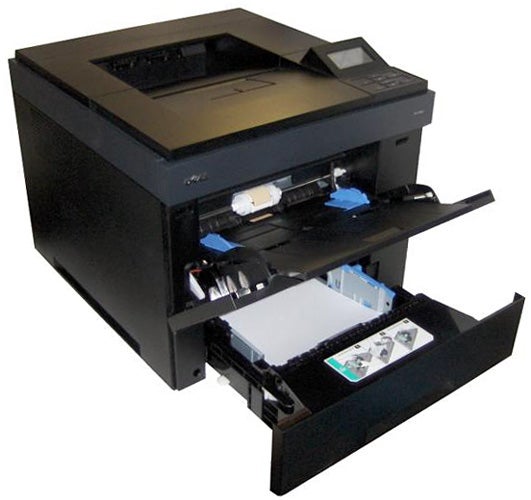 Banding is a bit more obvious in the lower resolution version but, if anything, shadow detail is better. Variations in greys are reasonably smooth and there’s good contrast.


Greyscale graphics are also well reproduced, though as with several mono laser printers we’ve tested recently, some colours are converted to very similar greyscales, making it hard to distinguish between them.


Black text is clean, though a little light on the page, but is ideal for general-purpose business correspondence. Draft mode text is very similar and you don’t lose a lot of quality if you set this machine to print draft by default. 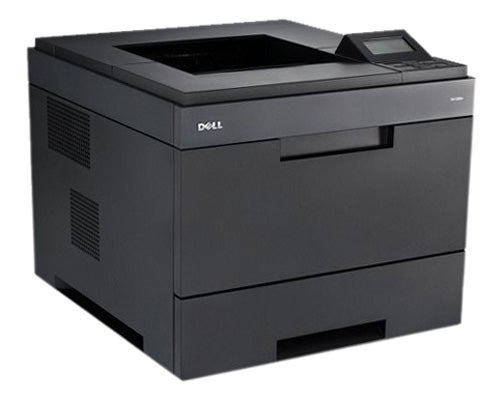 The two combined drum and toner cartridges, rated at 10,000 and 20,000 pages, cost £106 and £159, respectively from Dell, so the cost per page with the high-capacity cartridge comes out at 1.6p, including 0.7p for paper. It’s unusual to see a cost per page of less than 2p and, although we’ve seen costs as low as 1.2p, from the Kyocera Mita FS-3920DN, this is still a very economic printer to run.


You always do pay a lot for high-speed print, but Dell’s price of £739 for the 5330dn doesn’t buy quite the throughput the spec sheet implies. A top speed of 34.3ppm is still very impressive, though, and the print quality doesn’t suffer because of the high speed. Fast duplex print is a bonus and the expandability of the machine is another. Shop around, though, and you can find it for cheaper.