Sequels are sometimes second chances, and few games need a second chance as much as Techland’s Dead Island. The game was a minor hit, but nearly everyone who played it agreed that while somewhere in there was a decent game, it was buried in a mess of technical issues, shoddy design and poorly conceived game mechanics. If the Call of Juarez developers could just fix those up and polish the action, it might just have the beginnings of a blockbuster franchise on its hands.

Well, given eighteen months and presumably more budget you might have hoped they would have done exactly that. Instead, we have another decent game, buried in a mess of technical issues, shoddy design and poorly conceived game mechanics. In short, Riptide is more of the same; slightly better but still far from brilliant. 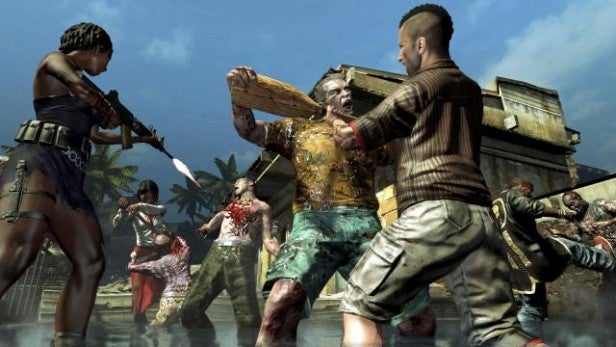 Like its predecessor, Riptide takes its inspiration from the Lucio Fulci school of grindhouse zombie horror movies, specifically Zombie Flesh Eaters/Zombi 2. You play one of a handful of survivors marooned on a zombie-plagued tropical island, immune to the disease but unable to get off. By exploring the island and completing missions for the less decomposing members of the population you have a shot of making your escape. Even revisited, it’s a fine premise, with the sun, sand and jungle making a nice change from the usual urban grime and backwoods decay of most horror titles.

The game looks like a survival horror FPS – a sort of Left 4 Dead meets Far Cry – and there are parallels with the former in that it’s been designed for co-op play, with a choice of five characters and drop-in/drop-out action. However, in practice it’s closer to a hack-and-slash action RPG, often pushing melee combat over ranged weapons, and with the focus firmly on slaying, looting and upgrading. It’s an odd mix, but a mix that almost works exceptionally well. 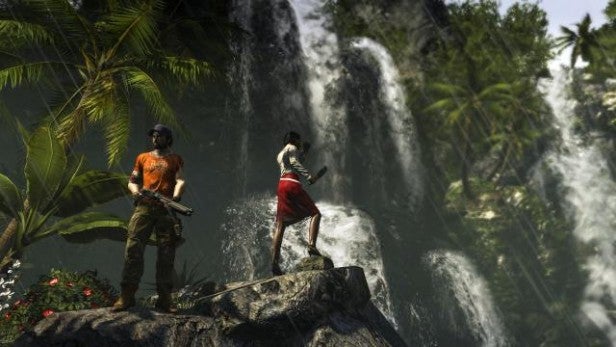 Melee combat is the mainstay of the game, and the feel is very distinctive. Zombies tend to rush you in small groups, while a fast-depleting stamina bar prevents you from simply swinging willy-nilly with your current crowbar, cleaver or baseball bat of choice. Instead you learn to use the push and kick manouvres to keep enemies at bay, then swing out when you have the best chance of connecting. There’s a real sense of momentum to the weapons, not to mention a satisfying gory crunch when zombie skulls are splattered across those shining island sands. Firearms come into action slightly later in the game, but work most as a means of crowd control or putting down specific zombie threats.

Each of the five characters has their own specialities, and levelling up and building up a set of slaying and survival skills is a big part of the fun. Most of all, though Riptide thrives on its weapon upgrades, all accessible from the island’s many workbenches. Even the most basic butcher’s knife can be pimped into a damage-doubling version, while blueprints enable you to add venom, spikes, claws or electric shocks to create a dizzying variety of gruesome-looking implements. There’s fun to be had in Riptide’s hack, slash and upgrade cycle, even as a solo player. While it’s never actually scary, there are locations on the island that pack a creepy atmosphere, and there’s something charmingly slapstick about the game’s revelling in gore. It’s generous too. Loot is everywhere you look, while dying is more of a slapped wrist than a real cause of misery, reincarnating you at the nearest check point with some of your collected cash removed.