As great as wireless networking is, it has its issues. Whether it’s the variability of the signal strength, high latency, the susceptibility to interference or the annoying hassle of connecting a device that isn’t Wi-Fi capable natively to a wireless network, there’s something to frustrate everyone. Thank providence, therefore, for Ethernet–over-powerline adaptors such as the D-Link DHP-307AV Powerline AV Network Starter Kit. 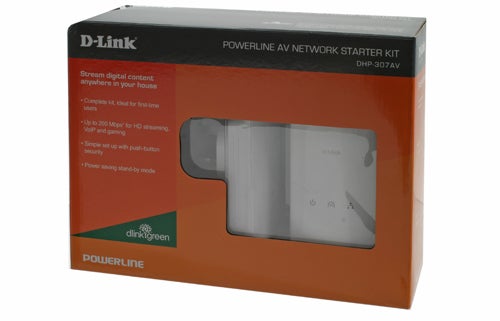 The DHP-307AV package isn’t complicated, comprising of two powerline adaptors, a ‘quick start’ CD and two Ethernet cables. The adaptors are rated at 200Mbit, though as ever that figure would barely be achievable with the devices plugged next to each other in a two-plug socket, let alone with them in different rooms. The kit also supports 128-bit AES encryption, which should be enough to thwart the attempts of all but the most dedicated of eavesdroppers on your network communication.


The D-Link DHP-307AV kit can be had for just shy of £70, which isn’t too expensive at all. Time was when 200Mbit adaptors like the Netgear HDXB101 were pushing close to £130, so it’s good to see the technology reaching more affordable levels. Obviously that makes it a much more viable alternative to Wi-Fi, which isn’t at all expensive any more. 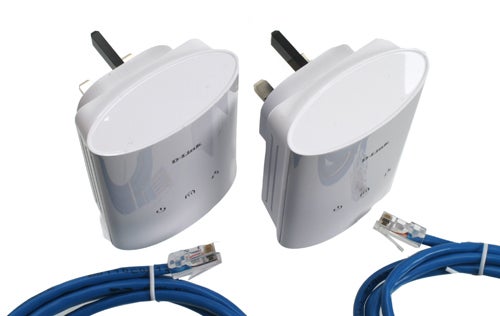 The D-Link DHP-307AV’s set-up process is as simple as plugging in the two powerline adaptors and pressing the set-up buttons on the side of each device. The hardest part will probably be finding sockets with enough space around them, as the adaptors aren’t exactly compact – but when are they ever? The placement of the network port on the right hand edge is a bigger annoyance, although it shouldn’t be that common to find a socket layout into which a DHP-307AV adaptor can’t be fit.

While powerline-based connections are less susceptible to noise than their wireless brethren, there are still issues. For a start, if you have a noisy power supply that interference can have a negative impact on the data rates achievable. Distance is a big factor, too. As long as the wiring isn’t too old, it should be possible to get a good connection throughout a reasonable sized house, but don’t expect incredible results over hundred-metre stretches of cable. 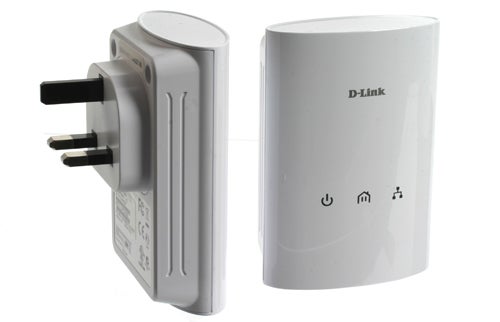 Our testing resulted in a 76Mbps transfer rate, over the same run of wiring that the Netgear XAVB1004 managed 64.8Mbps. That’s a good outcome for the D-Link kit, although it’s always possible that uncontrollable external factors had some influence on the results. A more likely repeatable result was the absence of any measurable latency, which couldn’t be said for a wireless connection in the same place.


Importantly, the D-Link DHP-307AV proves faster in a real-world setting than any 802.11N wireless product we’ve looked at. And while we often notice Wi-Fi connections dropping out on us, or suffering fluctuations in transfer speed, no such issues occurred using the DHP-307AV. Short of running an Ethernet network around your house, there’s no better alternative. 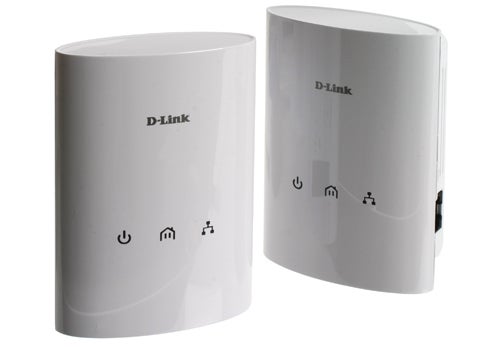 It’s also worth pointing out the low power consumption of the DHP-307AV. When no network activity is detected the kit enters an idle mode where it draws under 1W. If you’re the type to be concerned about the cost of your electronics this might prove reassuring.


The D-Link DHP-307AV kit is easily affordable, blissfully simple to set up and offers great performance. Wireless has its advantages, but when a fast, stable connection is wanted Ethernet-over-powerline connections will best Wi-Fi every time.