What is CyberLink PowerDirector 12?

PowerDirector 12 is the latest incarnation of CyberLink’s video editing application. Once better known for being bundled with hardware peripherals and systems, PowerDirector has matured over its lengthy lifespan, and for the last few versions has become a serious contender for “prosumer” video editors. Following on from version 11, which began to set its sights on even higher levels, the new iteration adds even more high-end features. 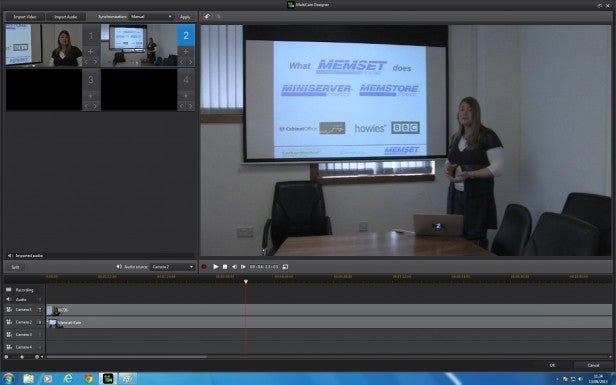 The most significant new addition is the Multicam Designer, which aims to make piecing together multi-camera shoots much easier. The tool is a separate applet, accessible via the new Plugins icon. It supports up to four camera angles, plus a fifth audio-only source. In keeping with similar tools available in other software, the Multicam Designer lets you see all the available angles onscreen at once, and then switch between them during playback, with results recorded as edits on the timeline, but with one acting as the master soundtrack.

The most exciting aspect, however, comes when you are synchronising your clips in the first place. PowerDirector 12 offers five different ways to do this. You can perform the task manually, using timecodes or the file creation time, or with clip markers. But it’s also possible to use the audio tracks in the clips. The sound patterns are matched and the clips can then be synchronised.

Audio track-based synchronisation is a feature which has only just been added to Adobe’s high-end Premiere Pro with the Creative Cloud edition, so its inclusion here is highly commendable. The audio synchronisation uses CyberLink’s own technology, rather than being licensed from a third-party, such as Red Giant’s PluralEyes.

However, in practice, we found it wasn’t entirely accurate with every multi-camera group we tried. This forced us to fine-tune the relative positioning, for which nudging tools are provided to move clips forwards or backwards on the timeline by a frame at a time. The timeline also only receives the clip portions you have selected during record mode, so if you stop recording everything after that point won’t be included.

But it is possible to go back into the Multicam Designer to add some more camera changes, or drag in and out points on the timeline to fine-tune when the camera angle switches. If you go back into the Multicam Designer, however, you lose any of your tweaks or effects you have applied to individual clips portions, so you’re better off working on the multi-camera edit until it is complete before moving back to the main timeline. 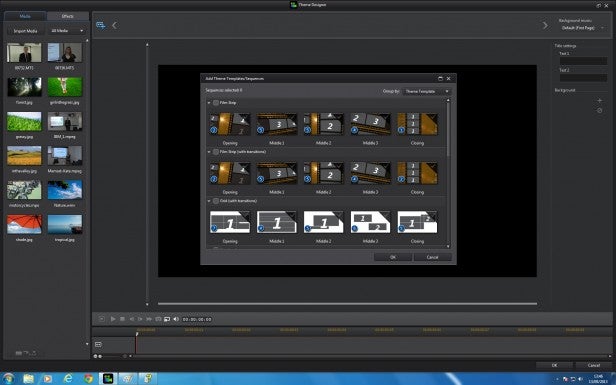 Another new applet accessible via the Plugin icon is the Theme Designer. This is useful for creating graphically intensive sequences with elaborate picture-in-picture effects. It’s particularly handy for whizzy intros and outros. There is an extensive collection of presets, although there are only a few customisation options, so this isn’t exactly a mini After Effects.

There are two categories of preset – Theme Templates and Sequence Type. Each preset contains a number of slots where you can drop content from your media bin, and it will automatically appear in the animated sequence. Some of these slots allow full-motion video clips, for which you can trim in and out points, whilst others are for still shots, for which you can choose the frame to grab from your video, or use a still image from the outset.