What is the Cuisinart Gelato & Ice Cream Professional?

The Cuisinart Gelato & Ice Cream Professional (ICE100BCU) is a high-end ice cream maker, it has a built-in freezer so there’s no need to pre-freeze the mixing bowl. There are no fancy features, just digital controls including a timer. But it does come with two different paddles: one for ice cream, one for gelato.

Its results were the best from any ice cream maker we’ve tested. The ice cream paddle did a superb job of churning and adding air, to create a dessert that was light, fluffy and tasty. 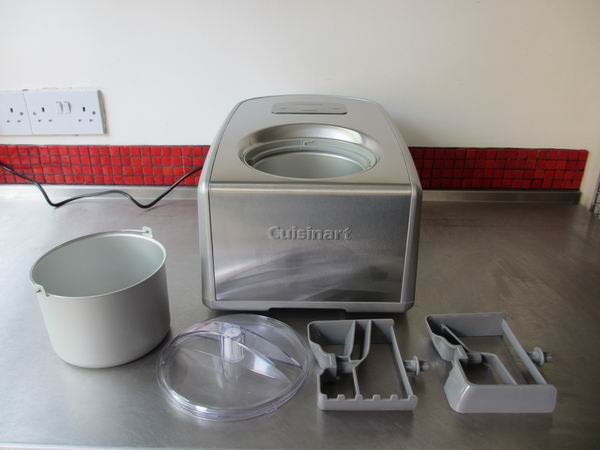 The Cuisinart, like any high-end ice cream maker, has a built-in freezer so there’s no need to pre-freeze the mixing bowl. But where the Sage Smart Scoop has fancy digital features, this costs a bit less and focuses on traditional ways to make the ice cream great.

Its most unusual feature is two different paddles. One is specifically for ice cream, designed to whip as much air into the mix as possible while it churns. The other is for gelato, designed to introduce less air for a denser dessert with a more intense flavour. 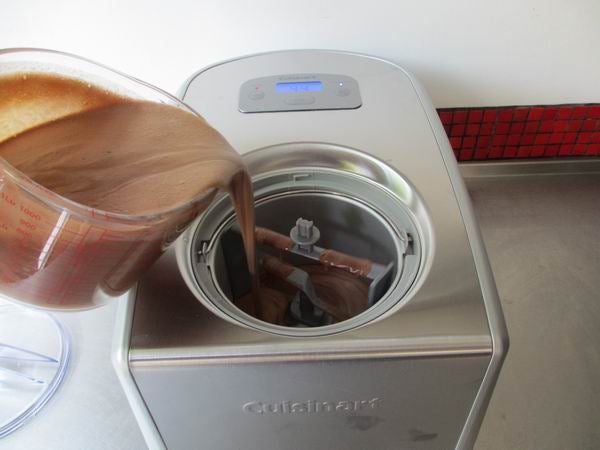 The Cuisinart also has a removable bowl – this makes washing up much easier. It also can be bought as an affordable spare part. Own two freezer bowls and you can make one batch of ice cream and pop it straight in the freezer, then make a second batch in the other bowl.

There’s a digital timer (10 to 60 minutes) and it automatically switches off when done, keeping your ice cream mix cool for a good ten minutes or so after. The instructions contain 15 recipes including ice cream, gelato, sorbet, frozen yoghurt and even icy drinks. 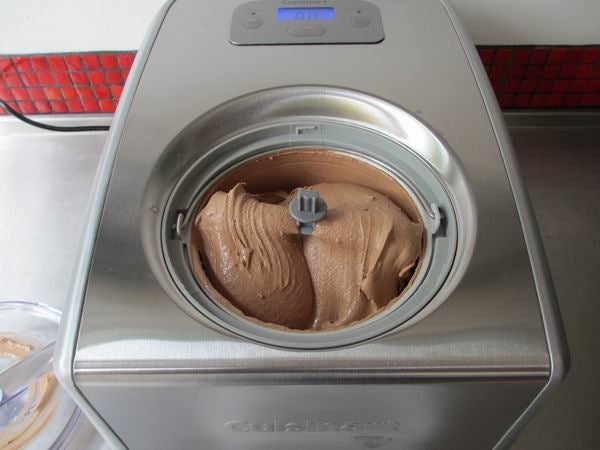 Cuisinart Gelato & Ice Cream Professional – What’s it like to use?

We pre-chilled the Cuisinart for five minutes before adding our mix and setting the built-in digital timer for 45 minutes. The entire lid of the ice cream maker comes off, so there’s loads of space for pouring in the mix. Locking the lid down is a bit fiddly though.

The instructions say its capacity is 1 litre of mix, although we initially thought there was room for a bit more because this stopped well short of the top of the bowl.

The digital timer can be set for 10-60 minutes in 1 minute intervals, but it’s a bit clunky: you set it to the nearest 10 minutes first and then tap the same button to adjust by minutes. It’s easy to get this wrong and have to start again.

It’s not too noisy, certainly quieter than smaller ice cream makers. We left the machine alone until it beeped after 45 minutes and we astounded by the enormous amount of ice cream it had whipped up. Easily the most aerated and fluffiest results of any ice cream maker we’ve tested. 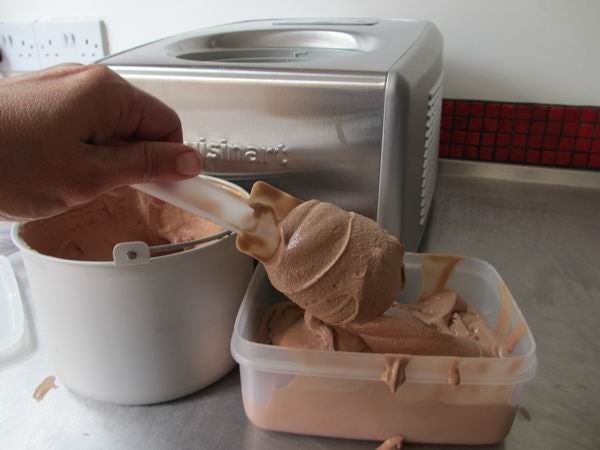 The manual suggested adding extra bits 5 minutes before the end, so we added some sweets and then set the timer for an extra 5 minutes of cooling and mixing. Then when it beeped again we served up the impressive ice cream.

There was too much ice cream to fit in the tub we had ready for it. The texture was big and fluffy and definitely ready to eat, although it tasted equally delicious the next day.

Cleaning up was a breeze thanks to the removable bowl. But the stainless steel finish did attract fingerprints. 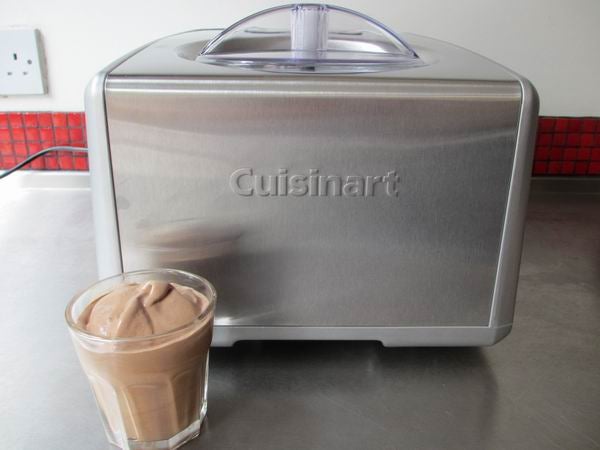 Should I buy the Cuisinart Gelato & Ice Cream Professional?

Yes. If you want to make ice cream regularly enough that you’re happy to invest in a high-end ice cream maker, the Cuisinart’s results are superb. The only machine that gives it a run for its money is the Sage Smart Scoop, which boasts far fancier features but costs quite a bit more.

If you want something much more affordable consider the Swan Come Dine With Me Ice Cream & Gelato Maker – but note that with affordable models you must remember to pre-freeze the bowl overnight. For healthy frozen desserts look at the Judge Fro Fru.

This churns out ice cream and gelato so good, you’ll consider giving up the day job.