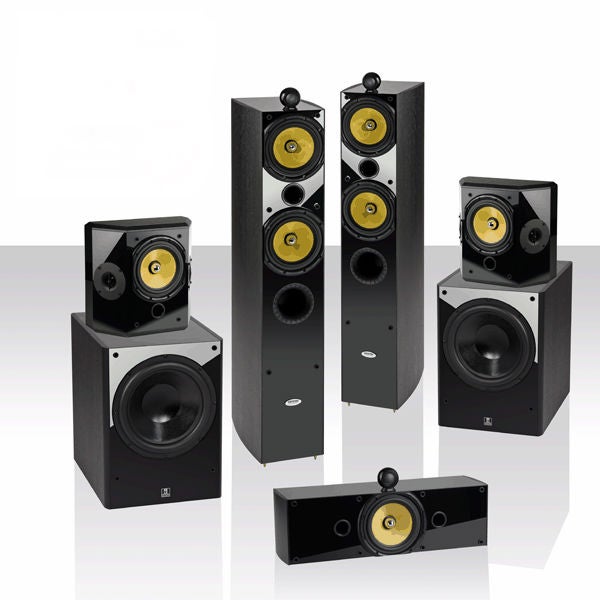 The price, however, is a different matter. All these boxes can be yours for just £1,700, which looks like remarkable value when you consider some rival THX Ultra 2 systems sell for as much as £4,000.

But as you might have guessed it’s not the sort of system that’ll casually slip into your living room unseen. With massive 1011mm high front towers and subs the size of small freezers it’ll gobble up space, making it best suited to enthusiasts with a dedicated cinema room. Conversely if it’s not big enough for you, then you can step up to the £3k, 7.4 channel T2-7.4-UL with, yes, four subwoofers.

The Crystal Acoustics T2-5.2-UL system comprises a pair of TX-T2SE floorstanders for the front channels, a THX-CT-BLA centre speaker and two THX-D-BLA dipole surrounds. The subs in question are the TX-12SUB-BLA, and Crystal Acoustics has supplied two of them in order to meet the criteria laid down by THX for optimum bass performance in rooms of up to 3,000 cubic feet. That criteria includes the ability to reach the THX Reference Level (85dB with 20dB of headroom) without distorting.

It also means that bass is evenly distributed throughout the room, making it sound rich and fulsome no matter where you’re sat, plus it helps rectify boomy resonances and reinforces bass in areas where the waves cancel each other out.

Design
We won’t pretend that the TX-T2SEs are the prettiest speakers we’ve ever seen, but they’re remarkably well made for the money. The cabinets are bulky and robust, with straight lines, a luxurious gloss black finish on the front and black ash side panels. On top of each one is Crystal’s ‘free air’ tweeter, housed in its own sphere-shaped enclosure that can be rotated to the optimum angle. Not only does this have sound quality benefits (firing high frequencies at your ears unimpeded by diffraction) but it’s also a quirky visual touch. 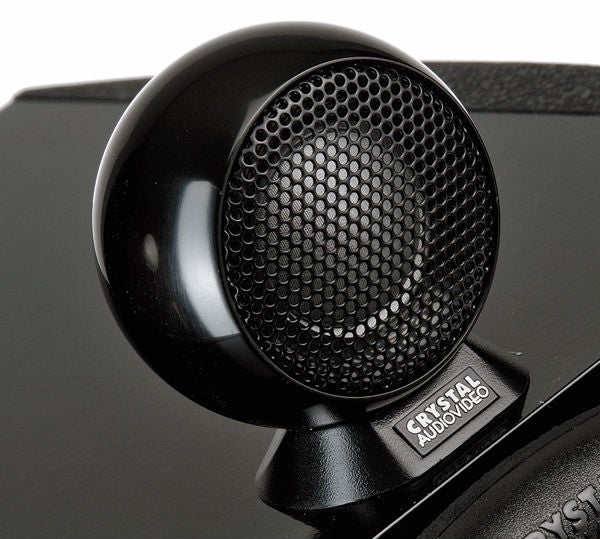 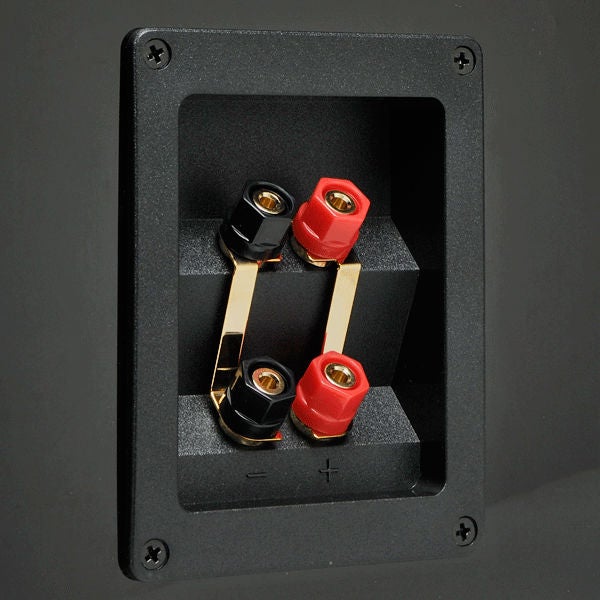 Pull off the grilles on the front and you’ll uncover orangey cones with silver phase plugs in the middle, which look sexier than they sound. On the back are high quality binding posts to hold your wires in place.

The centre speaker is identically styled, even down to the free air tweeter on top, and its build quality is superb – robust and rigidly bolted together. Likewise the rear speakers, which are a dipole design as mandated by THX and offer a more diffuse sound than traditional ‘direct radiating’ speakers, with the idea being to mask where the effects are coming from. 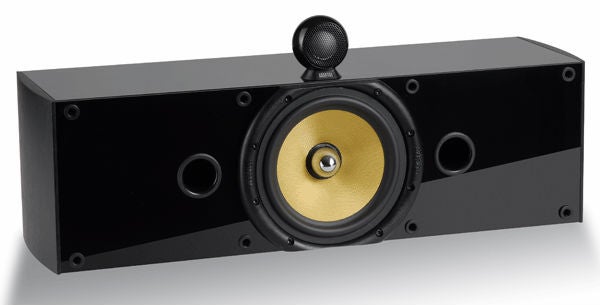 For that purpose their two tweeters are placed at opposing angles, with the woofer on the outward-facing middle panel. They’re primarily designed to be mounted on the wall using the supplied brackets, just like you’d find in the cinema.

The subwoofers measure 350(w) x 471(h) x 470(d)mm and weigh a ton, so don’t even think of lifting them on your own. They’re housed in sturdy cabinets, finished in high gloss black on the front and black ash on the side panels. On the inside they’re extensively braced to make them as acoustically dead as possible, with a 12in woofer and 200W amplifier doing the low-frequency donkeywork.

Features
The Crystal Acoustics TX-T2SE fronts are a two-way design, with two 7in Kevlar/ fibre woofers – each housed in its own separately ported chamber – and a 1in silk dome neodymium tweeter in the separate enclosure on top. Their frequency response is quoted as 35Hz – 22kHz. 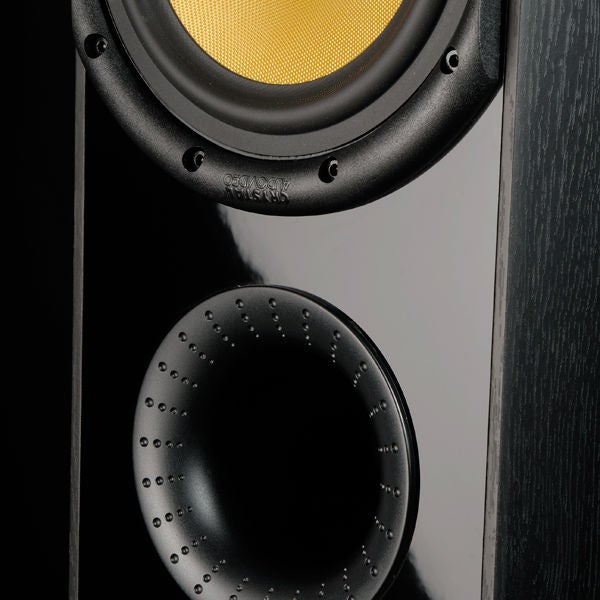 The two-way centre speaker uses just one of those 7in woofers, achieving a frequency response of 45Hz – 22kHz. As mentioned the rears sport two reverse facing silk dome tweeters and a 7in Crystal Fibre woofer, with the same frequency response as the centre. 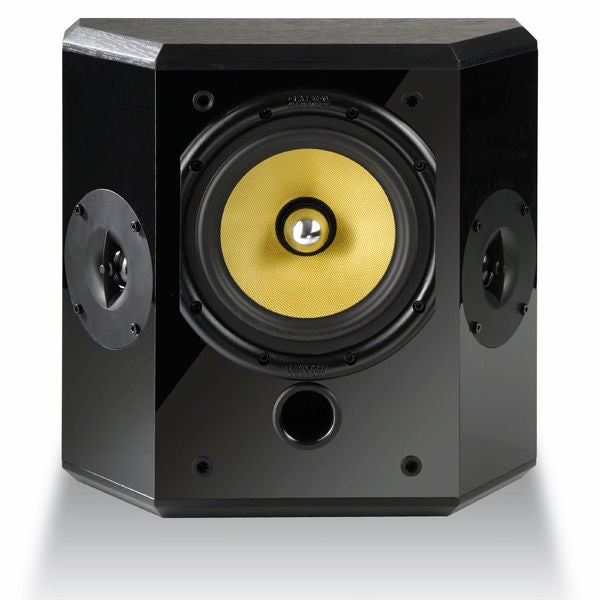 You can optimise the performance of the two subwoofers using the controls on the back. These include a choice of ‘variable’ mode, which lets you adjust the volume using the dial, and ‘THX’ mode which meets the THX spec and sets the amplifier gain 4.5dB lower.

Performance
Fire up a ferocious film like Clash of the Titans and it’s immediately clear that T2-5.2-UL was born to play movies. As you’d expect from a system rocking two 200W subwoofers it’s enormously powerful, delivering sound on a massive scale and attacking effects with aplomb. Your neighbours won’t thank you for it, but the T2-5.2-UL offers a movie viewing experience the likes of which you wouldn’t expect from a system costing well under £2k.

The scene in which Perseus and friends are attacked by giant scorpions is a great showcase for the system’s talents. The boom of the creatures bursting through the ground and stomping around the desert scenery is truly thunderous, yet the scene is relayed with tightness, coherence and an understanding of effects placement that stops it sounding like a loud mess. 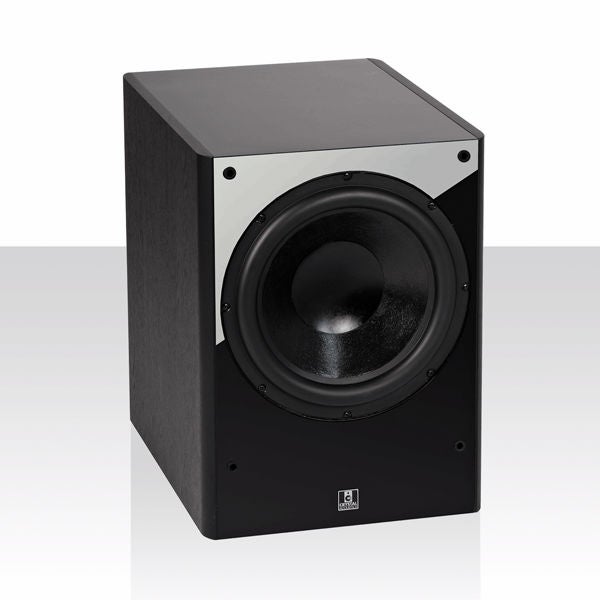 The subs’ deep bass fills the room without compromising the clarity of the other sonic elements. Meanwhile scorpions lash their tails and fling people around with a crisp, decisive swish, and when noises pass between speakers the transition is smooth thanks to the system’s uniform tonality. High-frequency reproduction is also impressive – it easily picks out the delicate crunch of gravel and the rustle of leaves underfoot.

The rears do a fabulous job of dispersing surround effects and ambience in a way that wraps you up in the action – it’s nigh on impossible to tell exactly where each effect is coming from, and that’s just how THX likes it. And we’re also impressed by the clarity with which the centre speaker articulates speech. Voices cut through the most frenetic of scenes, and during quieter passages the hammy dialogue has real presence. 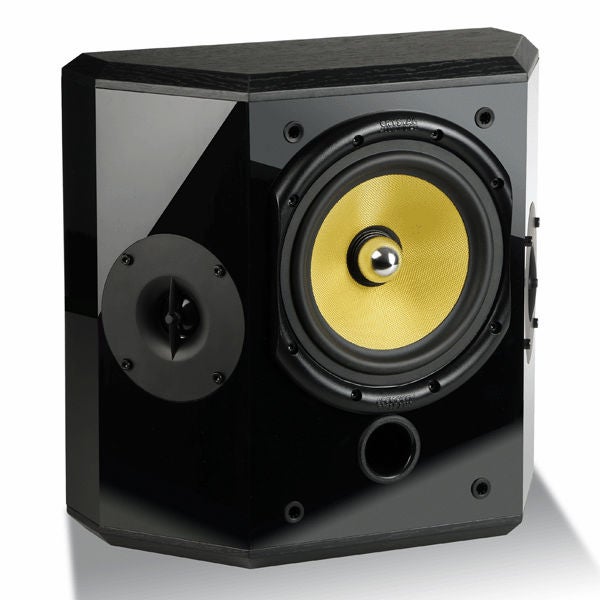 This masterful, exhilarating performance has only one caveat. The overall sound isn’t quite as open and detailed as it could be, particularly when compared with the Jamo D 600, another 5.2-channel THX Ultra 2-certified system that we were able to test out at the same time as the T2-5.2-UL (look for a full review soon). At times the soundstage can seem a little crowded.

The Jamo draws out more sonic minutiae and presents its soundstage with greater clarity and transparency, but that’s only to be expected from a system that costs twice as much as the T2-5.2-UL, and that really is the key point here – despite its sonic inferiority to the Jamo, Crystal’s system still delivers exceptionally good sound quality for the money, which will be music to the ears of anyone looking for maximum bang for their buck.

Verdict
Tell someone you can buy a THX Ultra 2-certified speaker system with two huge subs, floorstanding fronts and dipole rears for under two grand and they’d call you a mentalist. Tell them about its fantastic sound quality, which is almost as good as systems costing twice as much, and they’d reach for the straightjacket.

But as unfeasible as it sounds, Crystal Acoustics really has worked miracles with the T2-5.2-UL, offering a beautifully built, super-specced system for just £1,700. It’ll rock your room to its very foundation thanks to the subs’ potent bass work, backed up by clear detail, excellent dialogue and a sense of scale that belies its price.

Other systems, like the Jamo D 600, offer a more insightful sound, but judged purely on value for money the T2-5.2.UL is pretty much unbeatable.