Earlier this year we reviewed Crystal Acoustics’ PicoHD5.1, a pocket-sized device that allows you to play multimedia content through your TV or home cinema system. This remarkably useful gizmo impressed us with its file flexibility, 5.1 audio support and travel-friendly dimensions. 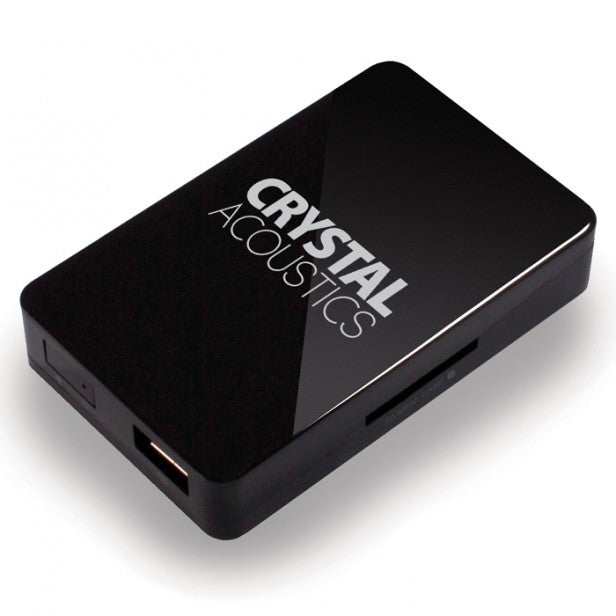 Now Crystal Acoustics has followed it up with the MediaMatchBox, which once again bridges the gap between your PC and TV, allowing you to watch all your new-fangled file formats on TVs that don’t have their own Smart features or media playback capabilities. There’s no on-board hard disk or networking functionality – it’s merely a gateway, offering slots and sockets for you to connect your storage media.

The MediaMatchBox is £10 more expensive than its predecessor, but its maker reckons this version is even better due to its wider video format support and a number of other key improvements. 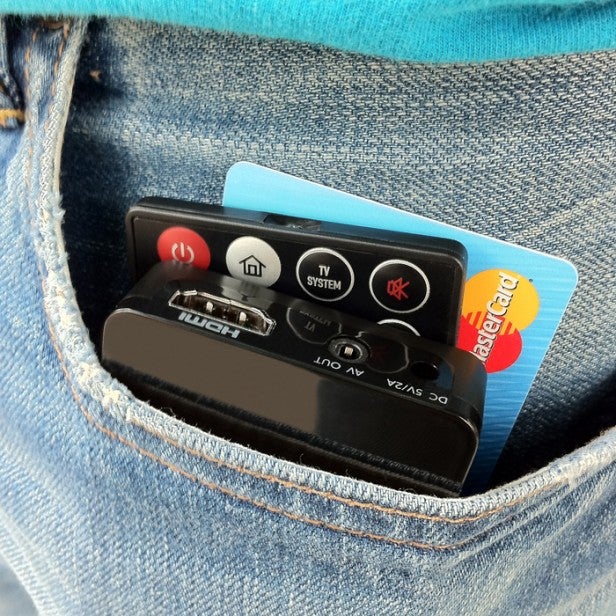 The unit itself is a different shape than its processor – a little longer and narrower, but the same thickness (or 8.5cm x 5.4cm x 1.6cm to be precise). While bigger than a real matchbox, its diddy dimensions are the perfect size for slipping in your pocket and taking on holidays or business trips.

On the downside build quality has taken a severe hit. Gone is the robust aluminium casing of the PicoHD5.1 and in comes a light, plasticky enclosure that doesn’t exude the same sense of quality – although the lighter weight (40g as opposed to the Pico’s 60g) makes it even more portable.

Another design improvement is the useful cluster of buttons added to the bottom, which allows you to control the onscreen menus. The glossy black casing also features a power light on the front, plus four small pads and ventilation holes on the bottom. 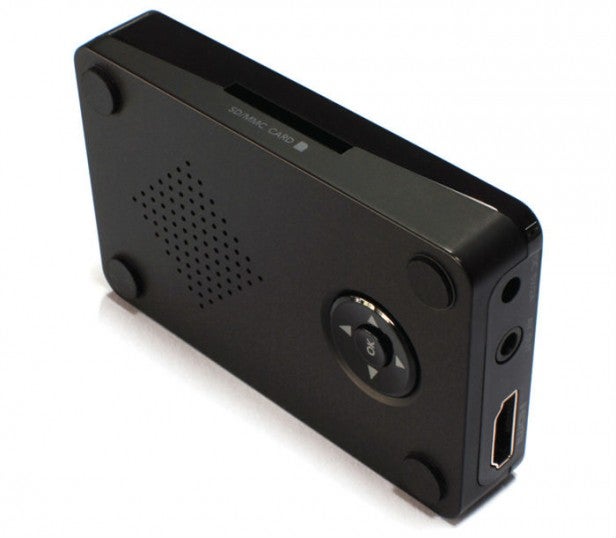 Connections include an HDMI v1.3 output, which will display movies and photos on your TV in any resolution up to 1080/24p, but the big news is that the device can play Blu-ray ISO files with full HD audio support, which is another major advantage over the PicoHD5.1. Simply hook up the HDMI to your AV receiver, select ‘Raw’ in the audio menu and it’ll pass on the Dolby True HD or DTS HD Master Audio bitstream.

Joining HDMI is the all-important USB port, a slot for SD/SDHC cards and an AV socket that outputs composite video and analogue stereo audio. Downmixed Dolby Digital and DTS are output from the analogue port.

The MediaMatchBox is powered by the supplied mains adapter, which is as big as the device itself. Having to carry this around and find a spare plug slightly impinges on its portability but it’s not a huge burden.

At the heart of the MediaMatchBox is the RealTek RTD1055DD chipset, appearing on a media player for the first time. That, we’re told, gives it the greatest processing grunt of any media player in its category.

Digital media playback is this device’s raison d’être, so it’s no surprise to find a lengthy list of supported formats. From the popular to the downright geeky, there’s nothing this device won’t play. On the video side, it plays Blu-ray and DVD ISO, MKV, DivX (SD and HD), XviD, AVI, MPEG1/2/4, M2TS, AVCHD, WMV (SD and HD), FLV, TS, TP, MPG, MOV, VOB, RM, DAT and ASF with support for all types of subtitle formats. 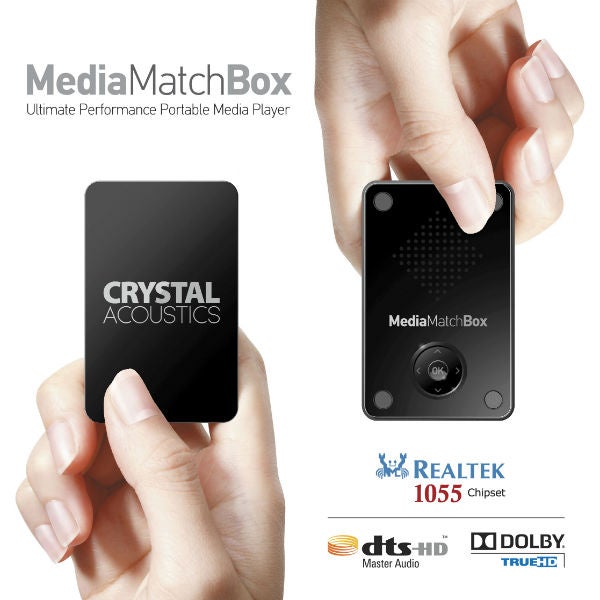 For £50 that’s a pretty tasty set of talents, although some may be put off by the lack of a built-in hard-disk or networking functionality – but those features would have sent the cost skyrocketing. As it stands you’ll have to load content onto USB storage devices and HDDs first, but that’s no great hardship.

We were pleasantly surprised not only to find an onscreen user interface, but to find one that looks so fresh and attractive. There are high-end Blu-ray players with GUIs that don’t look half as good as this – hats off to RealTek. 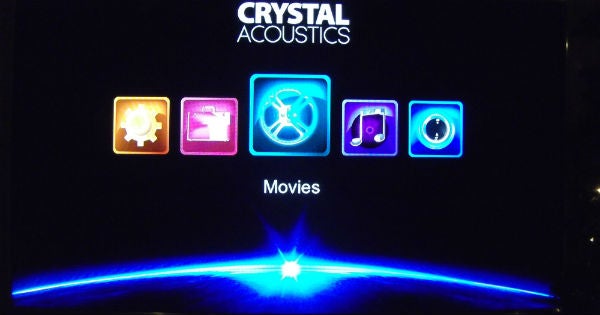 The Home menu’s scrolling row of icons, crisp HD graphics and eye-catching colours are a treat, and more importantly they make it easy to find your content. It’s logically split into Movies, Music and Photo, alongside Setup and File Manager options.

The Movies menu uses thumbnails for each video, and during playback the Options button offers quick access to key functions, including the video adjustments (brightness, contrast, saturation and hue). Pressing Info shows you stuff like video format, resolution and bitrate. 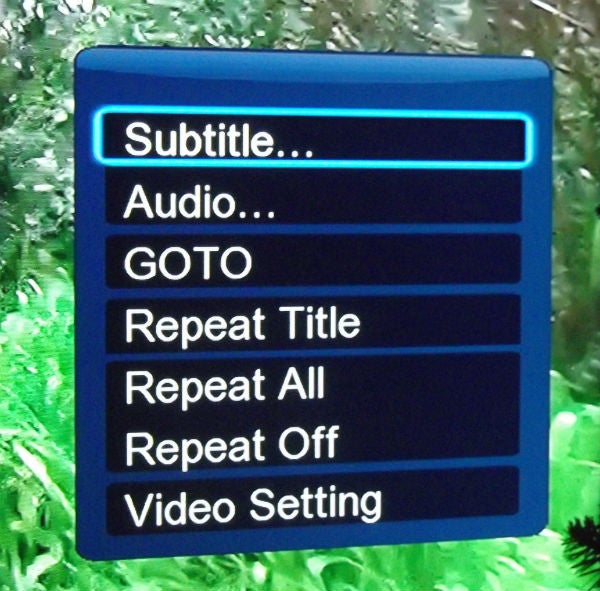 Also cool is the Home menu banner that pops up at the bottom of the screen during playback, so you don’t lose your place in the movie. The Music playback display shows all the pertinent info along with any album art. 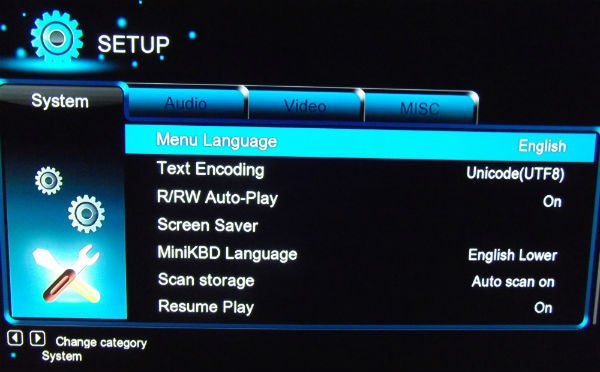 The Setup and File Manager menus follow the flashy design of the other menus – the latter also shows thumbnails and presents the various editing options in clear dialogue boxes. 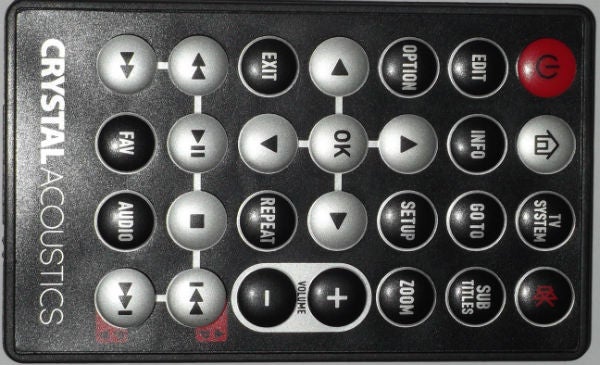 Sadly the only aspect of the MediaMatchBox that rankles is the thing you’ll use the most – the remote. It’s been switched from the chunky-buttoned affair of the PicoHD5.1 to one of those slimmer credit card style zappers with awkward blister buttons.

What makes it worse is that the unit’s remote sensor doesn’t always register button presses – we frequently found ourselves pressing them really hard to make sure.

Also weird is that at one point the unit suddenly stopped displaying any files on our USB drive within the individual Movie and Music menus, yet they were all listed together in the File Manager menu.

The MediaMatchBox is capable of delivering some gorgeous picture quality. An MKV movie trailer, containing video encoded in H.264 at 1080p and 5.1-channel DTS audio, looked sensationally sharp and vibrant, with all the detail and subtle colour nuances brought to the screen intact. 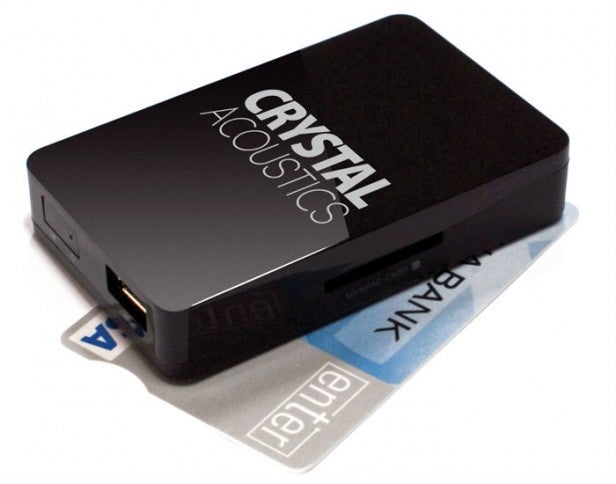 Hi-def WMV and DivX HD clips also look smooth and pristine, likewise AVCHD footage shot on a HD camcorder. Even lower quality SD sources, like AVIs of sitcom episodes and ropey old MPEG-1 videos, are upscaled with the sort of crispness and artefact suppression you might not expect from such a small and unassuming device. It has absolutely no trouble handling any of the file types we threw its way. 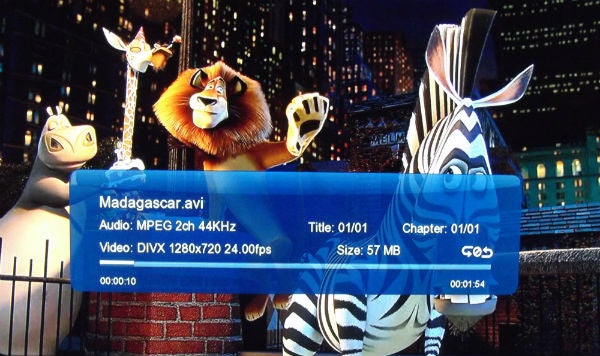 And when partnered with an AV receiver, connected via HDMI or the  analogue output, sound quality is clean and open. FLAC files play with no trouble, which will be music to the ears of digital audiophiles.

Verdict
The MediaMatchBox is a superb option if you’ve got loads of digital content but your TV and other AV kit are too dumb to play it themselves.

And even if you do own a Smart TV with USB media playback, there’s a good chance it won’t support half as many formats as the MediaMatchBox, which could still make it a useful add-on for those with large and varied media collections.

This all-encompassing format support (including Blu-ray ISO and HD audio)  puts it in a league of its own at this price, plus its compact size makes it easy to transport and hi-def picture performance is dazzling. The lack of networking and HDD may deter some buyers, but with it the MediaMatchBox would become a different and much more expensive animal.

We also love the onscreen displays, but it’s a shame that the ill-conceived remote makes them tricky to navigate, plus the compromised build quality and disappearing content lists are also blots on the copybook. But these foibles aside, the MediaMatchBox is a very impressive media player.