What is the Crock-Pot 6L Digital Sauté Slow Cooker?

The Crock-Pot 6L Digital Sauté Slow Cooker is a large slow cooker with digital controls and a hob-safe pot. So while the cooker itself doesn’t have a hot mode for searing and sautéing, you can put the pot on your gas or electric (but not induction) hob to do so. This at least reduces washing up.

The size is good, but we felt the two cooking modes (slow and even slower) weren’t versatile enough for a product at this price. 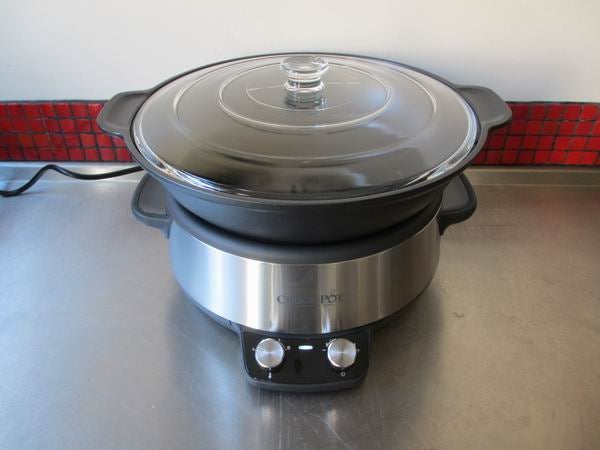 This large slow cooker has an attractive design with a glass lid and a black, non-stick aluminium pot rather than Crock-Pot’s traditional ceramic crock. The downside is that the metal won’t hold heat as well at the table. But the upside is that it’s hob-safe.

Its 6-litre capacity is enough to cook for a family of seven, or batch cook meals. And it comes with a book of 21 recipes for stews, soups and puddings.

The cooker doesn’t have a hot setting for searing meat or sautéing base ingredients such as onions, garlic and spices, but its non-stick aluminium pot is designed to work on your own hob (it’s compatible with gas and electric hobs, but not induction) so you can sear or sauté before slow cooking, without dirtying another pan. 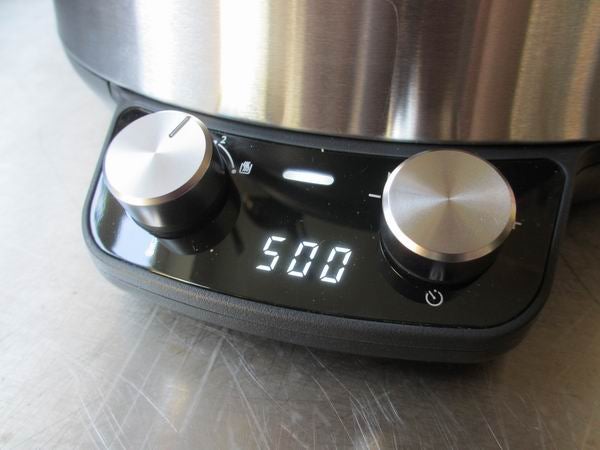 Controls are simple: the power knob lets you choose between two different heat settings (slow and even slower) and ‘keep warm’, while the other knob controls the digital timer. There’s no timer delay but you can choose the cooking time, in 30 minute increments.

The digital display counts down the remaining cooking time, after which the Crock-Pot automatically switches to the ‘keep warm’ setting. 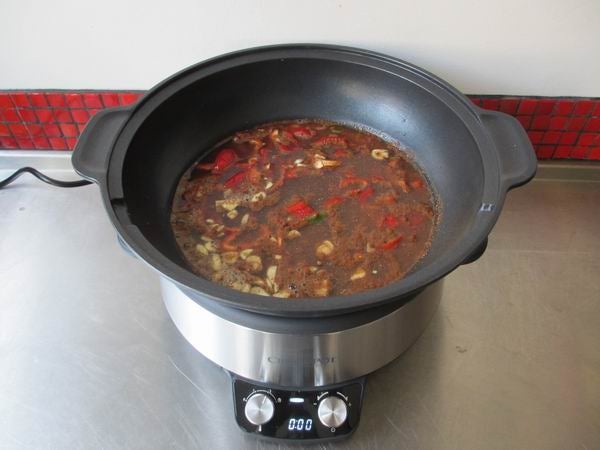 Crock-Pot 6L Digital Sauté Slow Cooker – What’s it like to use?

Setting up the Crock-Pot, our first observation is that the power cord is a bit shorter than most, not good if you want to park it any distance from a socket.

The build quality is good though, and the pot and lid look good enough that you’d happily take them to the table to serve. It’s not a heavyweight ceramic crock, so it doesn’t hold the heat as well. But it is hob- and oven-safe.

Turn it on to one of the two heat settings and it starts to warm up, even before you put the timer on. We cooked a black bean soup using the faster of the two slow cooker settings.

With this recipe, we’d expect the beans to be cooked in 6-8 hours on a low setting and 4-6 hours on a high setting, so it was a shock to discover after 5 hours that the beans were nowhere near cooked. 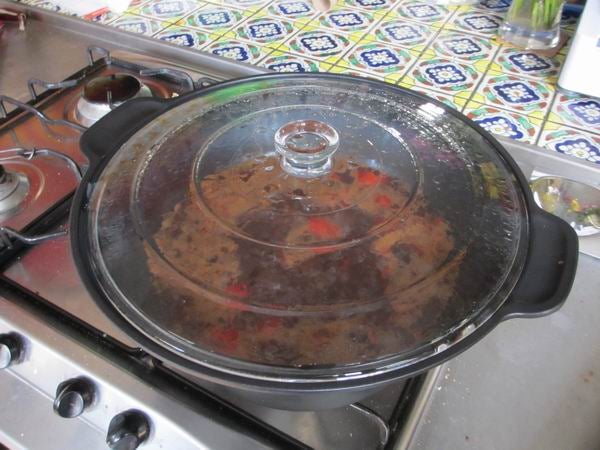 Dinner was just an hour away, so emergency action was necessary. The advantage of this Crock-Pot is that you can use the pot on the hob. This is mainly so you can sear or sauté ingredients before slow cooking, without dirtying another pan. But on this occasion we just moved the pot onto the hob and brought the soup up to a faster boil so it would be cooked in time for dinner.

The soup was a success but the experience left us disappointed with the Crock-Pot. Most slow cookers at this price have a wider range of cooking modes. 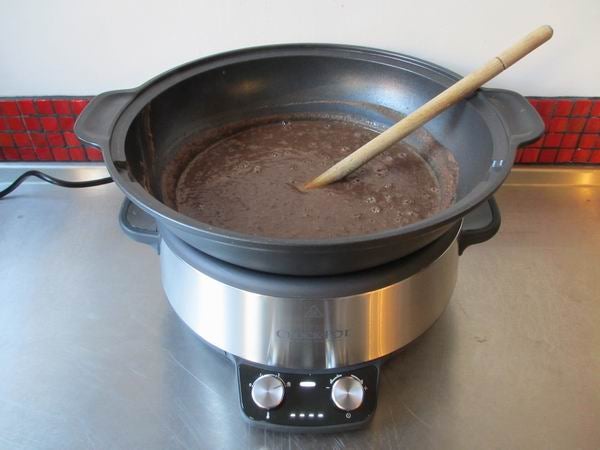 Should I buy the Crock-Pot 6L Digital Sauté Slow Cooker?

Probably not. At this price we were frustrated by the limited cooking modes. If you just want a large slow cooker then save money and buy the 6.5 litre version of the Lakeland Brushed Chrome Family Slow Cooker.

If you want to be able to sear and sauté without transferring to the hob, consider the Sage Risotto Plus. If you want both high capacity and more cooking modes, get the Morphy Richards Supreme Precision 3 in 1 Slow Cooker 461007.

A big family slow cooker with digital controls, but it’s not versatile enough for the price.