Despite the online video revolution, interest in editing footage hasn’t exactly snowballed. The vast majority of YouTube users simply shoot something and put it straight up on the Web. Camcorder manufacturers have started to realise this, and are busy launching diminutive point-and-shoot models, such as Panasonic’s SDR-S7, Canon’s FS11, and Toshiba’s Camileo Pro HD. But the traditional names in consumer electronics aren’t the only ones hoping to take advantage of the online video revolution. New to the market is Creative with its Vado Pocket Video Cam. It’s slim, it’s keenly priced, and it has a unique trick up its sleeve. 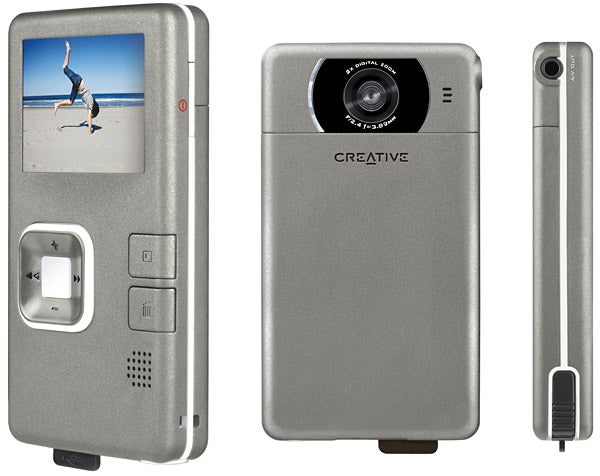 The Vado is about the size of a mobile phone. At 84g, it’s half the weight of even the smallest model from the mainstream camcorder manufacturers. So you could readily slip it in a shirt or trouser pocket, although care would need to be taken not to scratch the tiny F/2.4 lens or 2in LCD screen. Build quality feels satisfyingly solid. Although Creative’s European product page also shows a Vado in pink, at the moment you can have any colour you like as long as it’s silver, to paraphrase Henry Ford. 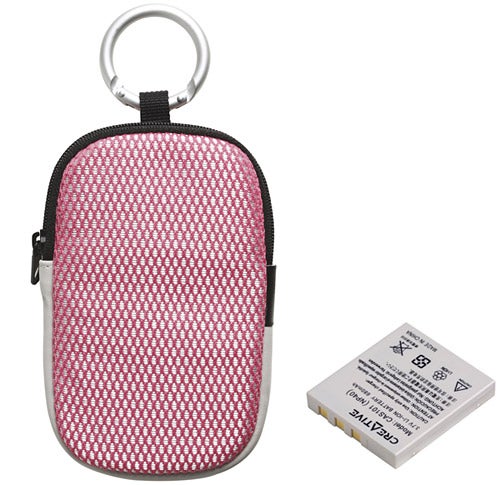 Creative hasn’t been forthcoming about what kind of sensor is inside the Vado, but it’s most likely a CMOS. It shoots at 640 x 480 and 30 frames per second, which is ideal for YouTube but not if you want to turn your footage into a DVD for viewing on European equipment. Non-HD European TV uses a resolution of 720 x 576 and 25 frames per second. But at least the video is compressed with XVID MPEG-4, which is more PC compatible than the MOV MPEG-4 H.264 used by many digital still cameras.


The video is compressed fairly aggressively down to 4Mbits/sec in HQ mode, and 2Mbits/sec in SP mode. Audio is also only recorded at 14kHz with 4-bit sampling and a 56Kbits/sec data rate. But the Vado has a healthy 2GB of flash memory on board. At the top HQ quality mode, this is enough for about an hour of video, or two hours in SP mode. But there is no removable media slot for storage expansion.

To say the Vado has a limited range of features would be an understatement. On initial setup, you can select the quality mode and anti-flicker frequency (50Hz for Europe and 60Hz for the US or Japan). Once these have been configured, only the 2x zoom is immediately available, which is digital so potentially reduces image quality. Pressing the play and delete button together calls up the initial setup again, should you need to change configuration. There is at least a standard-sized tripod screw fitting on the bottom of the Vado, and that’s the complete extent of its grown-up camcorder features. 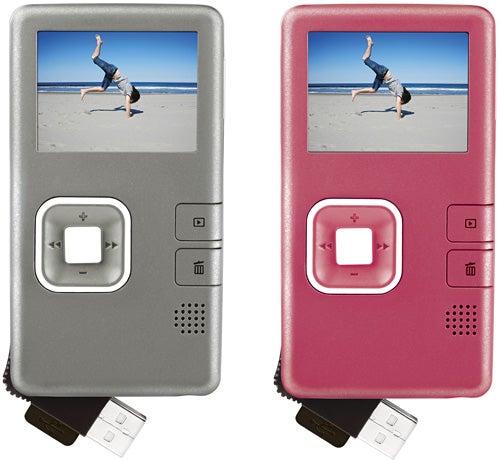 But the Vado does have another feature which is arguably the one which will win it the most friends – built-in USB 2.0. A full-sized USB connector lurks in the bottom of the device, held in place by a magnet. This can be hinged out and plugged straight into a PC. This also doubles as the only power connection, however, so you will need to keep a computer handy for topping up. A full recharge takes three hours when accessing data or just two on its own. The Vado’s built-in USB isn’t unique, however. Pure Digital Technologies’ Flip Video also offers a built-in USB 2.0 plug. 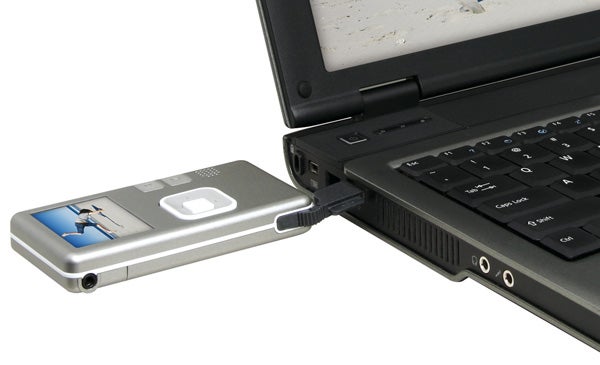 Digital video cameras with the form factor of the Vado almost universally provide poor video quality, and low light sensitivity is primarily to blame. The Vado doesn’t particularly break the mould here. In daylight, the video quality is respectable enough, with decent colour fidelity, although areas of high brightness tend to blow out. Artificial lighting is more of a problem, however. In a living room lit by a single 100W tungsten bulb, a lot of colour information is lost and there is a considerable level of grain. The Vado does manage to maintain some colour in even lower light, but the image is too dark to be usable.


Overall, image quality is worse than Panasonic’s SDR-S7 or Canon’s FS11, although none of these models are particularly impressive in anything but optimal lighting. But it’s still a lot better than what most digital still cameras or mobile phones can muster, and is well beyond other sub-£100 digital video cameras such as the Busbi Video.

There is a minijack available for hooking up to a TV to watch your footage – but no cable is supplied in the box. In reality, though, the Vado is very much focused on being used with a computer. With the USB 2.0 connection built in, neither pulling footage off and onto a PC nor recharging will leave you wishing you’d brought the right cables, as they’re on the Vado already. No software CD is supplied in the box, but there is a simple application stored on the device itself called Vado Central, which loads automatically when you plug the camcorder in via USB. No installation is required, so you could run this from anyone’s PC, or even an Internet café if running software from a USB device is allowed. The software is only compatible with Windows too.

Vado Central is fairly simplistic. It lets you watch stored clips straight off your Vado’s memory, copy them to memory and delete the ones you don’t want. It has no editing capabilities whatsoever, but online integration is particularly slick, with direct support for YouTube and Photobucket. Simply enter your username and password, then information about your video (in the case of YouTube), and upload straight from the Vado itself to the Web. We found this worked extremely well with either supported services. If you do want to edit footage, the XVID codec is stored on the device for installation on a PC, and we found that the Vado’s footage could be loaded on any editing app we tried, including Ulead VideoStudio, Pinnacle Studio, Adobe Premiere Pro and CyberLink PowerDirector. 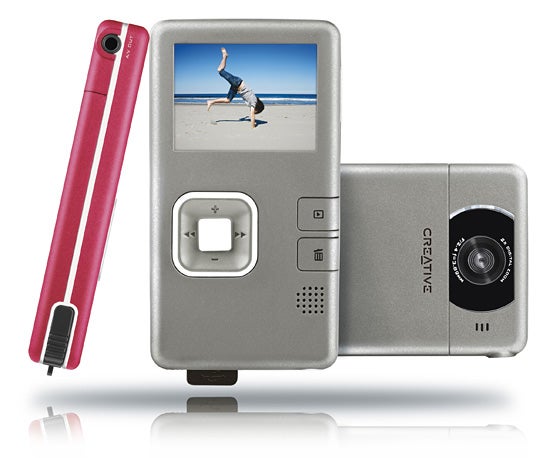 
The Vado is not really a device for anyone who wants to do more with their video than just upload it to YouTube. Its camcorder features are virtually non-existent, and decent lighting is required to obtain acceptable image quality. But it still manages to achieve its goal. The built-in USB 2.0 plug and integrated software mean you can shoot, and then use any Internet-connected Windows PC to upload to the Web literally minutes afterwards. So if that’s what you want to do with your video, the Vado’s £79 price tag seems rather good value.