Although it was the Flip Video which introduced the Internet video camera format to the world, in the UK Creative beat Flip to market. Now that attention is turning to high definition, Creative has yet again usurped Flip. Before we have the Mino HD in our hands, here is Creative’s Vado HD, although Kodak’s Zi6 beat them both by a few months. 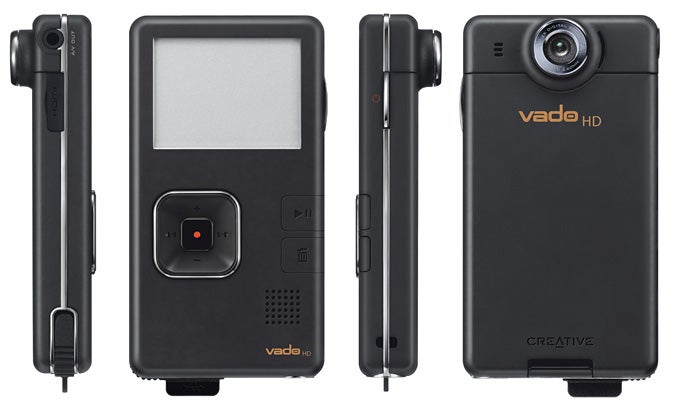 To cope with the increased data rate, the amount of onboard storage has quadrupled compared to the Vado, to 8GB. This is enough for about two hours of HD footage at the top HD+ setting, and four hours in standard HD mode, which halves the data rate to 4Mbits/sec with a very noticeable drop in quality. The Vado HD also supports VGA recording like its predecessor, and can store as much as 8 hours of footage in this format.


The method for changing shooting modes isn’t immediately obvious, as there is no specific button assigned. Instead, you press Play and Delete at the same time when the Vado HD is in camcorder mode. You can then change the recording format, plus settings like time and date, or the frequency for anti-flicker (to guard against AC lighting pulsation). However, there are no traditional camcorder settings here, so no opportunity to change shutter, iris, and focus, or even apply scene modes. The Vado HD is intended for point and shoot alone. 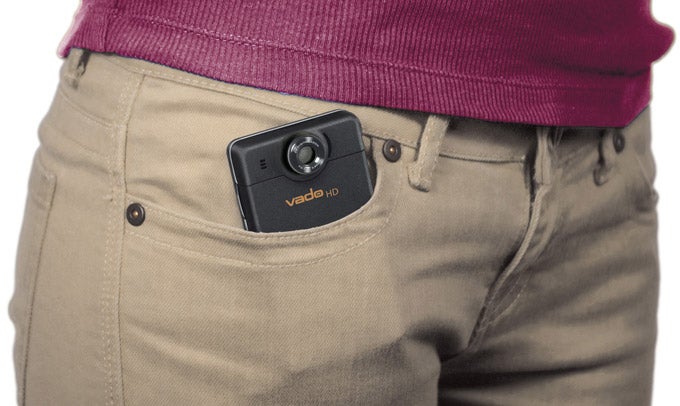 As before, the lens is fixed, but this time it sticks out of the device a little more, which hinders pocket friendliness slightly. There is no optical zoom available, just a 2x digital one. So the image does get a little more blurry when zoomed, although this isn’t quite as noticeable with 720p HD footage as it was with the original VGA format.

Creative has learnt a little from the Vado, and now includes more accessories in the box. Where the original version required you to pay extra for a TV cable, Creative includes one with the Vado HD. This is only for digital output, however, in the shape of HDMI. The camcorder incorporates a Mini HDMI port, and the cable converts this to a full-sized connection. So you can hook the Vado HD straight up to an HDTV and watch the results directly. But if you want an analogue connection, you will still need to pay £10.99 for the accessory.

Creative also bundles a USB extension cable, and a condom-like silicone protective sheath. This looks a bit like the result of a snake shedding its skin, as it matches the external appearance of the device. It’s quite hard to put on the Vado HD, and even more difficult to remove, but the snug fit means it doesn’t impede functionality once installed. Nevertheless, a little pouch wouldn’t have been remiss, as the sheath doesn’t stop pocket fluff getting caught on the lens. 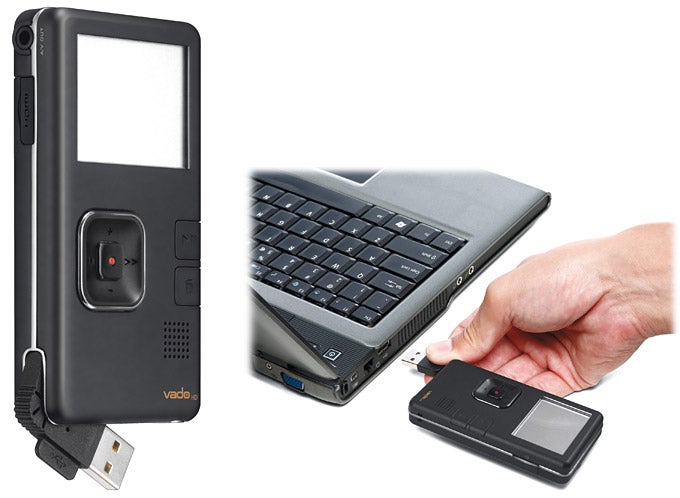 The first Vado didn’t exactly bowl us over with its image quality, although we weren’t expecting it to be a particular revelation considering its price and target audience. A later firmware update did improve things considerably, and the Vado HD is another step in the right direction. In good lighting, the colours are quite faithful. In HD+ mode the detail is better too, although there is some artefacting on diagonals when viewed on an HDTV. We were also pleasantly surprised at performance in lower light, which showed grain but not the extent of discolouration of the previous model.


The main selling feature of this class of camcorder is, of course, the integrated USB port and onboard software. When you first plug the Vado HD into a new computer, the device is detected and a compatible video codec is installed. Then Vado Central loads automatically. Without further ado, you can upload straight to YouTube or Photobucket, and now Box.net has also been added to the options. Uploading HD to YouTube also means that your footage will be presented in its native resolution, since the recording format matches YouTube’s recently added 720p option.

Uploading was the only purpose of the previous version of Vado Central, but now a Create Movie option has been added, mirroring some of the capabilities already found in Flip’s built-in app. This allows you to select clips from your Vado HD, add an editing style from the 34 preset options, and apply a musical soundtrack. Only one music option is provided but you can import your own in WAV and MP3 format as accompaniment. The editing is automatic, performed according to the style you choose via the ubiquitous Muvee engine, with just a few parameters user-configurable. 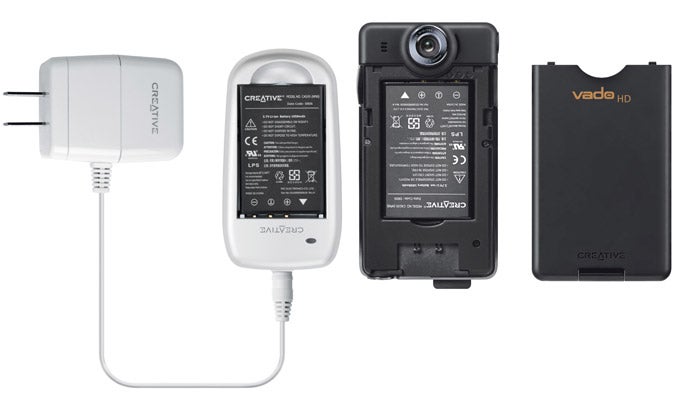 You can choose the text and font for opening and closing titles, or use a picture for either instead. The movie duration can also be set, either according to the source media, to the music soundtrack length, or a custom time. The mix between music and existing audio can also be varied. However, only three videos can be mixed at once unless you upgrade to the Premium version, which costs $17.95. 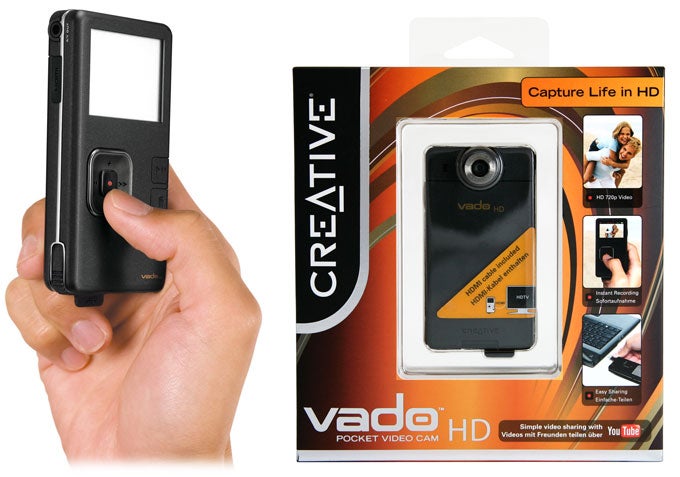 There is also no software provided for the Mac, so in this case you would have to rely on iMovie, or another app you already have installed. However, the movies use an AVI container, rather than MP4 or MOV, so the Mac software must be able to recognise this PC-oriented format. If you want to use other software on the PC, we had no trouble importing the files into any app we tried. However, whilst Pinnacle Studio, CyberLink PowerDirector and Corel Video Studio edited the files with relative ease, Adobe apps didn’t recognise them correctly, only showing the first couple of frames.


The Internet camcorder has opened up a new market for those who can’t be bothered with configuring settings or editing, and want a device which will slip smoothly in a pocket. The Vado HD checks all these feature boxes well, and moves the bar up to meet the new HD options now available on YouTube. However, the £200 price is a little steep, when Kodak’s Zi6 is available for £115. Whilst this is a larger device, and you have to add your own memory cards, it still works out better value. 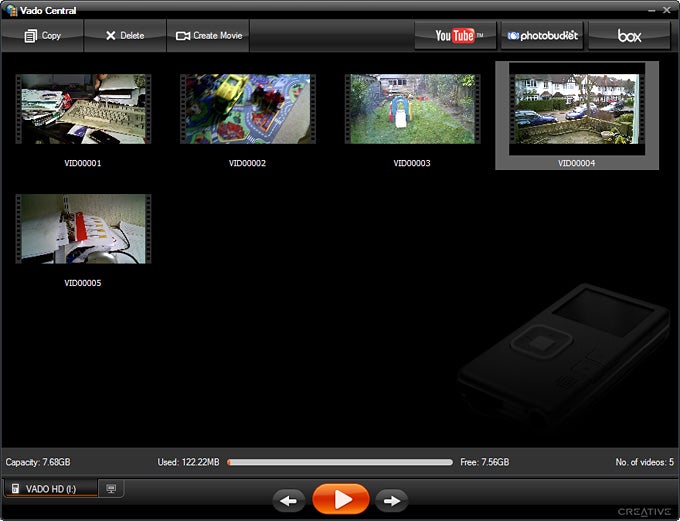 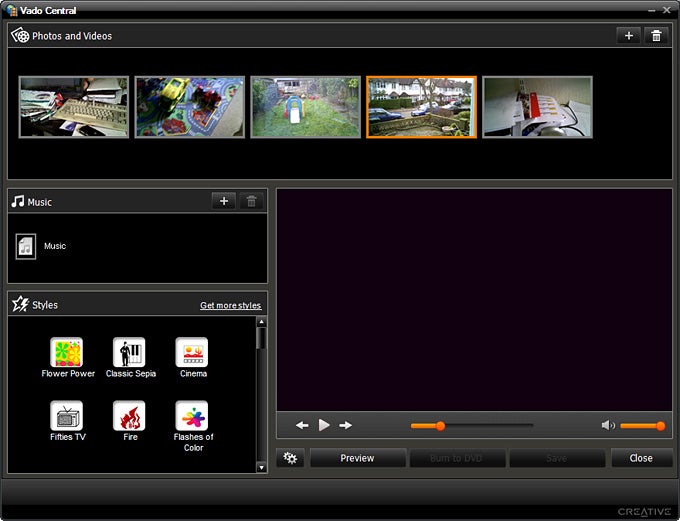