Anyone who’s tried listening to music on the London Underground will know that the amount of ambient noise that intrudes is significant. Likewise, listening to music on a plane is just as difficult with the roar of the engines overpowering your tunes. In most cases the only solution is to crank the volume up so high that it hurts your ear drums, but even then you can hear that annoying background noise creeping in. It’s therefore not surprising that a great deal of research has gone into noise cancelling headphones lately.


Although there have been some very good noise cancelling headphones available for a while, most of them are very expensive items from high-end audio manufacturers like Sennheiser or Bose – the Bose QuietComfort 2 headphones are staggeringly good, but then they should be for £275! That’s not to say that there haven’t been cheaper options available, but they just haven’t been much cop. 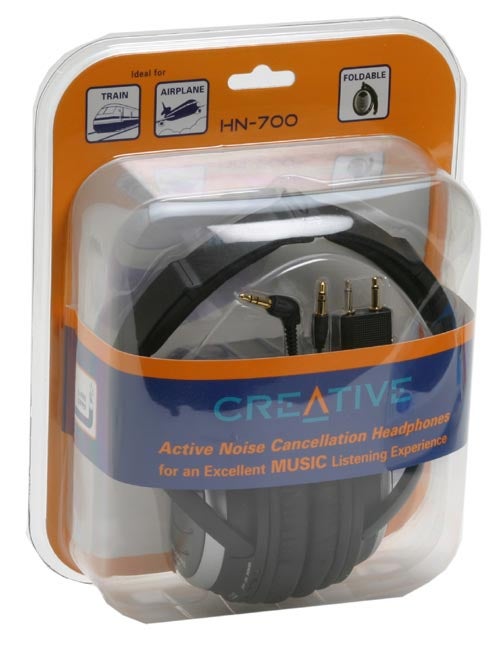 No one will argue that Creative knows a thing or two about sound, with its latest X-Fi soundcards taking PC sound quality to the next level. The company has also had some success with its MP3 players, such as the excellent Zen micro. But now Creative has turned its hand to headphones, getting the ball rolling with the HN-700 noise cancelling headphones.


The HN-700s definitely look the part. The large cans cover your ears completely and are extremely comfortable, even when used for extended periods. One aspect that I really like is the removable cord – this means that if the cord wears out, or gets damaged you can simply replace it, rather than having to buy a new set of headphones. It also means that if you’re not happy with the length of cord that Creative supplies you can go out and buy a different one. 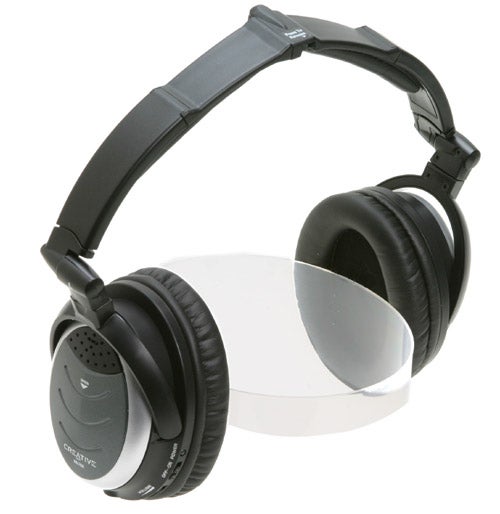 The problem with large headphones is that portability can be an issue. Thankfully Creative has tried its best to address this issue by making the HN-700s foldable. Of course even folded up these headphones aren’t going to slip unobtrusively into your pocket, but they will take up less space in your bag. There’s even a mock-leather carrying pouch to put them in when you’re not using them – the pouch also has a separate bag inside for your MP3 player.

The only other thing you’ll find in the box is a strange headphone socket adapter – this converts a standard stereo mini-jack to two mono mini-jacks. The reason for this converter is that some older aeroplanes still have use twin mono mini-jacks for the in-flight entertainment, and Creative, correctly assumes that you would prefer to listen to a set of HN-700s than the awful excuse for headphones that the airlines hand out. 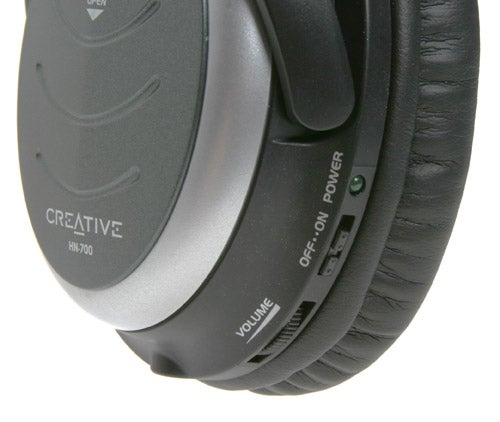 The cord plugs into a mini-jack port on the left hand can. This is also where you’ll find the on/off switch for the noise cancelling, as well as a volume wheel. The latter is pretty handy and saves you having to get your player out of your pocket if the next track happens to be exceptionally loud or soft. The left can is also where the two AAA batteries reside – a side panel slides down but thankfully stays attached to the headphones, so there’s no chance of losing it when you’re changing the batteries.


Obviously the big question is whether the noise cancelling works or not and I’m glad to say that it not only works, but works superbly. I did a little test in the office by standing underneath the air conditioning unit – this is a particularly noisy bit of kit that produces a similar kind of rumble to the engine noise in an aeroplane. Flicking the noise cancelling switch on the HN-700s completely eradicated the noise, cocooning you in an ambient noise free zone. I also tried them on a tube train and although the bangs and clacks still broke through, the ambient rumble was completely gone, allowing you to listen at a lower volume level. 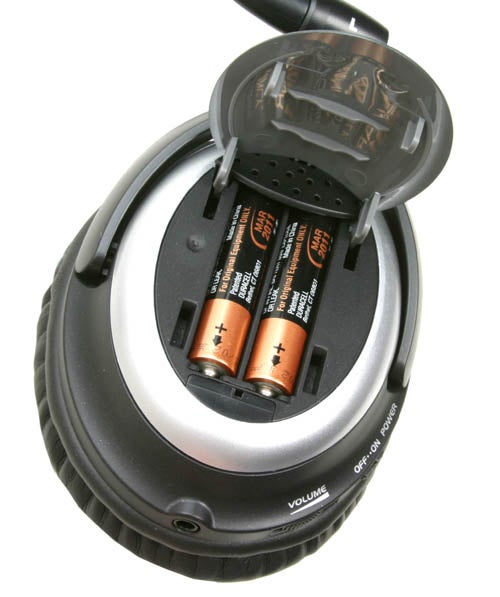 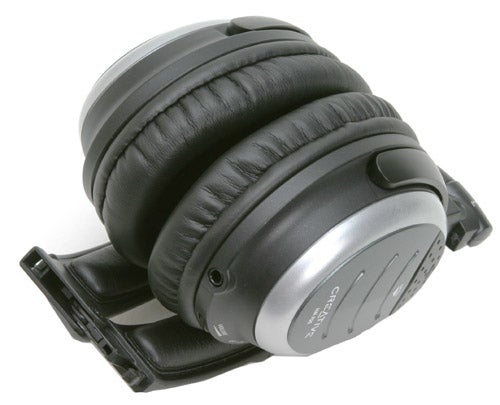 So, the noise cancelling is, quite simply, superb – but that’s only half the story. The other half of the equation is sound quality and here the HN-700s don’t perform quite so well. Don’t get me wrong, I’m not saying that the sound quality from these headphones is awful, but it’s just not as good as it could be. What you’re getting is a slightly muffled sound, with an emphasis on bass resulting in a definite loss of clarity. Now opinions vary on the type of sound that is preferable – personally I look for ultimate clarity in headphones, so that I can pick out every nuance of the music, something that my Sennheiser PX 200 headphones manage with aplomb. Benny on the other hand prefers more bass in his music and is willing to accept a slight loss in clarity to facilitate this, hence his choice of a pair of Koss portaPro headphones. But we both agreed that the sound quality from the HN-700s wasn’t quite good enough to satisfy either of us.


But all opinions must be taken in context – and sitting in the TrustedReviews office and listening to music isn’t the context in which the HN-700s should be judged. With this in mind, both myself and Benny agreed that if we were on an aeroplane or on a loud train, we would choose the HN-700s over our usual preferred headphones. 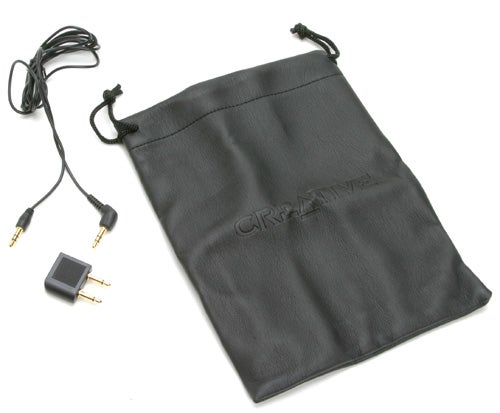 Of course buying a pair of headphones just for use in noisy environments could be an expensive luxury, especially if they cost as much as the Bose set. Thankfully Creative hasn’t gone down the Bose route and has made the HN-700s remarkably affordable at £32.50. For that sort of money, I am very tempted to buy a pair for myself and I can’t give a much better recommendation than that.


Creative has produced an excellent set of noise cancelling headphones at a very attractive price. Sound fidelity isn’t perfect, but in a noisy environment you’ll forgive the slightly narrow sound envelop for the ability to hear your music in the first place. With two members of the TrustedReviews team ready to put their cash on the table for these headphones, you know that Creative has got it right.