Although 2.1 speakers seem to be the standard for desktop PC audio solutions, that doesn’t mean that this is the best option. It is possible to get great sound out of a 2.1 set, but often you end up with a distinct lack of cohesion due to a poor quality cross over and overbearing subwoofer.


This is why, given the choice, a really good set of 2.0 speakers will always provide a better all round sound stage. These GigaWorks T20s from Creative represent the very best that the company has to offer since the GigaWorks brand is saved for only the best or, as Creative might put it, the “discerning listener”. 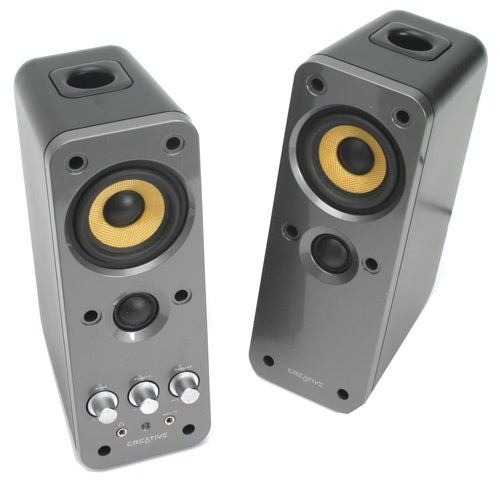 This is immediately reflected in the design, which is sleek and eye-catching. Each speaker features a mid/low range driver and a high range tweeter and consequently they’re quite large, though not unreasonably so. The front of each speaker is finished in smart dark metallic grey plastic, with rounded corners. This is a great look, though the rounded edges do make the speakers slightly unstable and prone to being knocked over if you’re the clumsy type.


On the front of the right channel speaker are Bass, Treble and Volume controls, as well as headphone jack and auxiliary-in for easy connection to an MP3 player – a 0.5 metre mini-jack cable is included for this function, with a separate two metre 3.5mm cable for connection to a PC. Also included in the box is a twin phono to 3.5mm adapter, making connecting a games console or other device easy. On the back are the audio input, left speaker output and AC in. 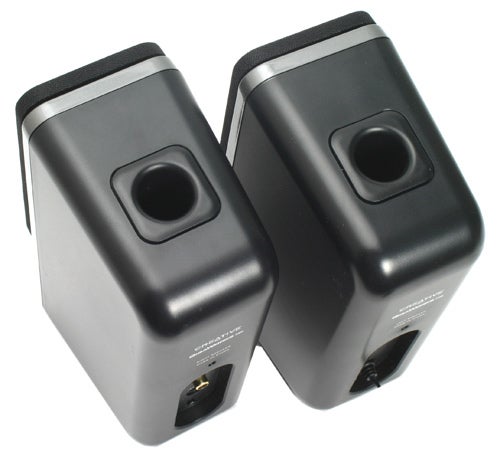 Sprouting out of top of each set is a port hole; dubbed by Creative as a BasXPort. It’s intended to enhance lower mid-range tones, which in theory should add the warmth that is normally provided by a separate subwoofer. Does it work?


Well, the proof of the pudding is in the eating and were the GigaWorks T20s a pudding they’d probably be a lovely warm apple crumble, served with steaming hot custard, on a heated plate next to a roasting fire in a country pub that serves warm beer.

This isn’t to say, however, that the T20s sound in any way muddy. Quite to the contrary, they produce a beautifully balanced sound with a clear and crisp high and mid-range, nicely defined bass lines and an overarching warm sound that doesn’t fail to impress.


For testing purposes I threw a variety of music at the speakers, and in almost all respects they performed exceedingly well considering this is still a set with an overall power output of 28 Watts – 14W per channel. 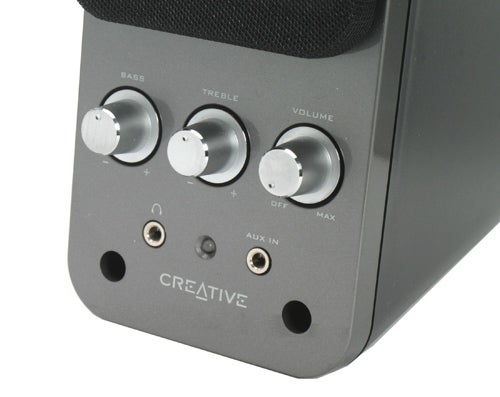 Knives Out by Radiohead is a favourite track of mine, with some great intermingling guitar lines and a great melodic bass line. The T20s dealt with the track excellently; each line was easily identifiable, the bass line clearly present without ever sounding too muddy and the high range was crisp and even.


For a rather more challenging test I loaded up Good Luck from Basement Jaxx, an explosive dance track with huge bass and percussion lines and what I can only imagine is a big diva singing too. Again, the T20s coped admirably and sounded even better when the volume was pumped up. Indeed, in almost all cases this set sounds best when the volume is really cranked up. This brings out the bass to greater effect, and there’s a complete lack of distortion so long as the source file is a good one. If it isn’t, well, shame on you! 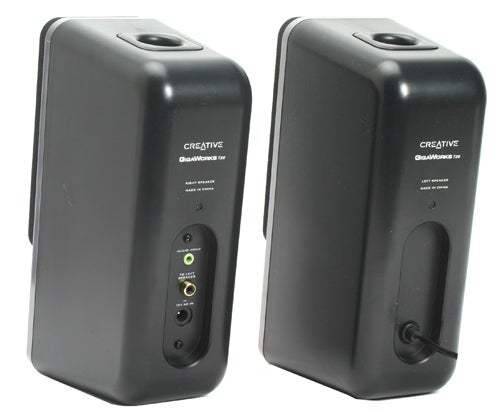 However, this is also the source of one of my few criticisms of the T20s. Although they sound magnificent when turned up high, at moderate – what one might consider normal levels – the effect is less impressive. They still sound great, with good clarity and a nice balance, but the bass is rather subdued and must be turned up to full to achieve an optimal balance.


Now, a little known fact about one of our staffers Ed is that he’s a heavy metal fan – he even has long hair bless him – and, as he keeps telling me, the best test of any speaker set is apparently heavy metal. So, just for him, I cranked out Revenga from System of a Down to see how the T20s handled it. Unsurprisingly, very well; proof, were any more needed, that this set is great for all kinds of music.

Still, music isn’t the be end all of audio testing so I loaded up Apocalypse Now, singling out the Helicopter attack scene; not only is this one of the best scenes in film history, it’s also a veritable cacophony of sound with thundering helicopters, explosive explosions, rattling gun fire and booming Wagner all competing for your ear. For a 2.0 set the T20s dealt brilliantly with the variety of action effects, while dialogue was still clearly audible throughout.


Gaming performance was equally impressive. In general I prefer headphones for gaming, but those who like to use their speakers will find the T20s more than capable of getting the job done. 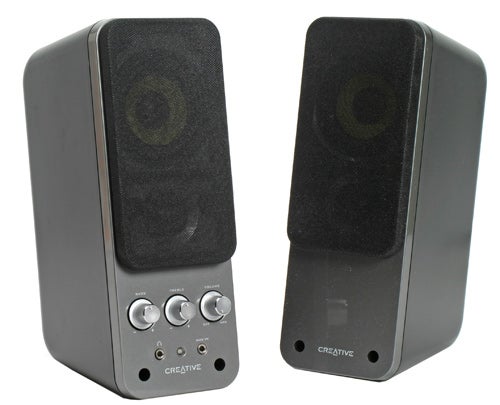 Certainly the best feature of these speakers is, however, the price. At around £55 they’re an absolute steal for a great set of desktop speakers that look good too. Obviously, if you’re prepared to spend a lot more money, you will find better sounding speakers utilising multiple channels, but at this price the T20s represent superb value. They’re more convenient than 2.1 systems, with even less wiring to deal with, and in many cases, will sound better too.


Though one does need to push them high to get the best, the Creative GigaWorks T20s are still a superb set of 2-channel speakers that represent stunningly good value. If you want smart dekstop looks, great sound and minimal installation fuss, the T20s should be just about perfect.