They may have looked great, but Creative’s Aurvana Air ‘phones didn’t have the performance to match their (frankly ludicrous) price. In fact, overpriced but underperforming seems to be a trademark of the Aurvana name, with the original Zen Aurvana in-ear headphones suffering similarly. You might well, therefore, be justified in feeling a little wary about the Aurvana In-Ear2 headphones.

The £90-odd price tag certainly isn’t going to help the Aurvana In-Ear ‘phones’ case. Sure, I’ll happily recommend even more expensive earphones, but that doesn’t make me unaware that this is a sizeable chunk of money to spend. At least their construction makes these earphones’ price feel fairly justified. The cloudy grey, metal casing certainly looks the part and goes some way towards explaining their asking price.


Creative bundles the Aurvana In-Ear2’s with a fairly comprehensive set of accessories. A selection of different size silicone eartips and a cleaning tool are typical finds; the hard case’s plastic cable-tidying insert is an unusual, but useful addition. This is on par with the best of the competition, so there’s no failing in that department. 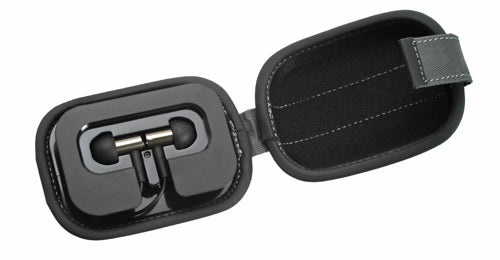 The In-Ear2’s stay in the ear without any fuss and they remain comfortable even if worn for extended periods of time. The business part of each earpiece is basically a small cylinder, the inner end of which has a protrusion to insert into your ear, covered with a silicone tip, and the other end a perforated grill.


The thinking behind the “acoustic grill” – as Creative calls it – is that it gives the In-Ear2’s a deeper base response. To give credit to Creative’s design team, it seems to have worked because the Aurvana In-Ear2s deliver low frequencies excellently, even at moderate volume levels. Though whether it’s a result of the grill or not, is impossible to tell.

Unlike other bassy earphones I’ve listened to, the In-Ear2’s bass is forceful but not overpowering. The In-Ear2s are punchy, but only in a metaphorical sense – unlike some earphones which can leave you feeling like you were literally just kicked in the head.


Listening through Nirvana’s In Bloom and Lithium the In-Ear2’s reproduced the guitars with their trademark grunginess in tact, while kick drums and cymbals punctuated the mix with plenty of presence. A fairly logical progression into the Foo Fighter’s Monkey Wrench resulted in the same conclusion: if you’re into heavier music these ‘phones are a good match. 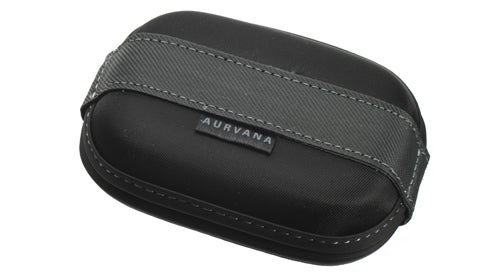 
This low-end bias does have the knock-on effect of leaving the In-Ear2’s lacking slightly in sparkle at the high end of the frequency spectrum. That isn’t to say that they’re terrible, or that this will necessarily have a negative impact on all genres of music, because this isn’t the case. Plus, it’s worth remembering that increased performance comes at an increased price and these aren’t cheap ‘phones as it is.

I’m not entirely convinced, however, that the In-Ear2’s cost over a number of other earphones is buying you better sound quality. The Klipsch Image S4 also offer a warm, clear, bass-friendly sound signature, and can be picked up for less than £70. The Aurvana In-Ear2’s have a nice look and feel to them, but I imagine most buyers will listen to their earphones more than they look at them.


The Aurvana In-Ear2 headphones’ good design and aesthetics aren’t in dispute. Whether they’re worth paying over the odds for will depend upon how much those aspects matter to you – those not bothered will find similarly good performance for less cash elsewhere.