“Breathe in Joy” is what the Cowon website suggests in its efforts to flog us the company’s O2 PMP. Well, joy is probably a bit much, but the O2 definitely deserves a slight intake of mild contentment. It’s not the most flashy or spectacular PMP on the block, and – frustratingly – it gets a couple of quite basic things wrong. All the same, it’s a solid, affordable and versatile box that does an effective job with a minimum of fuss.


With some PMPs it’s all about style. With the Cowon O2 it’s all about size. While not as big or bulky a whopper as Cowon’s 380g Q5W, the O2 is one of the larger PMPs we’ve seen recently, and one that sits more in the class of the Archos 5 than its smaller, more instantly desirable sibling, the iAudio S9, or Apple’s iPod touch. Measuring 4.7 by 2.9in and weighing in at just over 200g, this isn’t the sort of media device you can carry around in your pocket without noticing, but then size has its benefits too. The most obvious is the 4.3in 480 x 272 resolution LCD touchscreen, which makes this an extremely practical device for watching video, but it also means processing power, in the form of a Texas Instruments’ DaVinci chipset, and capacity, with the 16 or 32GB of onboard flash RAM expandable to up to 48 or 64GB using SDHC memory cards. All these factors help make it the versatile player that it is. 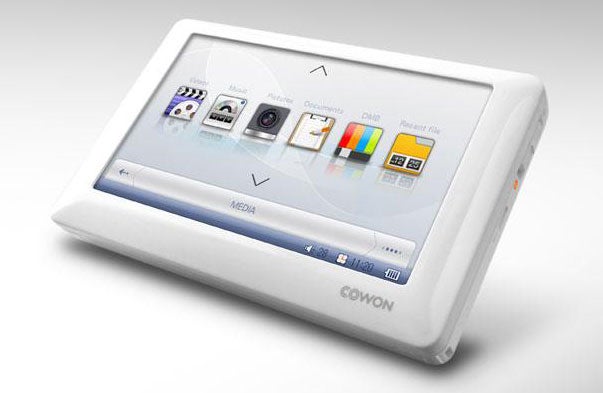 You see, a lot of players claim to handle all your audio and video content, but when you come to actually use them you’ll find that you need to spend a lot of time converting files from format to format beforehand. The O2 isn’t perfect, but it’s a good deal more flexible than the norm. You can drag and drop AVI, ASF, H.264, MPEG, DivX, Xvid and WMV files, not to mention a host of more exotic types, straight over to the player using nothing more than Windows Explorer and most of them will play. Give most players a file encoded at 720p and they’ll throw up their hands in despair. Give the O2 a 720p WMV, DivX or Xvid file and it will struggle to maintain a super smooth frame rate or keep the audio in synch at all times, but it will at least play the file.


Audio file support is just as good, with out of the box playback for FLAC, OGG Vorbis, ASF, Apple Lossless and several others on top of the usual MP3, WMV and AAC formats. The only time we saw the O2 struggle was with one H.264 file and with DRM-protected WMV files downloaded from the BBC’s iPlayer. Otherwise it played every decent working video and audio file we could throw at it.

Admittedly, getting from track to track or movie to movie could be easier. The O2 uses a fairly basic icon-based touchscreen interface most of the time, and while it isn’t particularly exciting or ingenious, it works. However, unlike just about every other new player on the market – including Cowon’s own S9 – the O2 doesn’t allow you to browse audio tracks by ID tag, only by file and folder. Navigating the lists requires mastering a range of not particularly intuitive icons, some of which you might get right away, some of which require a little more trial and error. 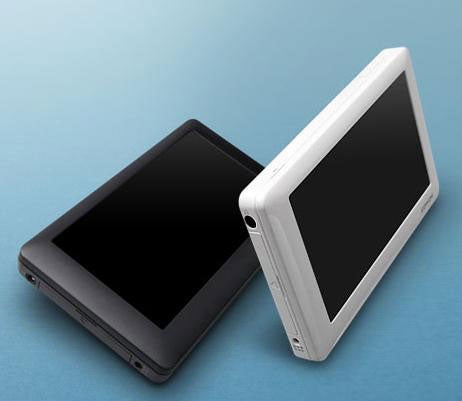 To make matters worse, it is the sort of player where you’ll want to fiddle with the sound options, and doing so requires you to work out what settings like BBE, M3B, MPE and MDS actually mean and then work out what adjusting each of them does. While it’s great to be able to flick between EQ presets or alter the bass at the tap of a button on the main playback screen, you can’t help thinking that Cowon could have made things a little bit easier. Frankly, the O2’s GUI can look a bit too much like a Linux distro, and that’s rarely a good thing.


Luckily, the O2’s performance makes up for such small failings. Once you throw away the ghastly bundled earbuds and have fiddled with those cryptic settings, music playback is excellent, with the O2 using a number of technologies from BBE Sound to enhance bass response, compensate for missing high-end detail and create an illusion of 3D sound. With the right settings in place the output is meaty, well-balanced and crisp, handling the stripped back hard rock of AC/DC’s Back in Black with the same confidence as the more complex, multi-layered textures of Talk Talk’s Spirit of Eden. Poppier material isn’t a problem either; Paranoid, from Kanye West’s 808 and Heartbreak sounds as warm and vibrant on the O2 as it did on its marginally superior sibling, the S9. In fact, the only thing you need to watch out for is that if you team up bass-heavy tracks with bass-heavy EQ settings and processing options, you can pump up the levels so high that even good, bass-friendly headphones begin to distort. 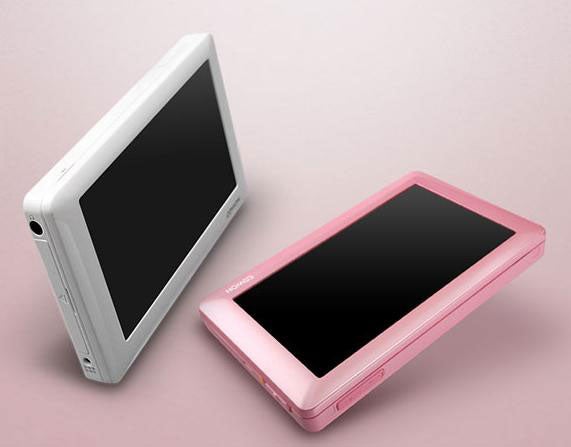 Video playback is another real strength, partly because the larger size of screen makes viewing that bit more immersive, and partly because the bright, clear screen gives you a chance to appreciate what you’re looking at. Colours could be a little more vibrant, but give the O2 some decent, standard definition files to run with and you could happily watch a whole movie. In fact, with its bundled kickstand and built-in mono speaker, it’s perfect for sticking on the beside table if you’re away on business or pleasure.


Admittedly, there are some features the O2 lacks that rivals possess. Unlike the iPod touch or Archos 5 it has no Wi-Fi, and so no Web browsing or email capabilities. It also has no built-in FM radio, and extra features are limited to picture and text document viewers and a folder full of user-programmed applications, which at the moment extend only to notepad and calendar applets. It’s also slightly disappointing that the TV output cable isn’t included in the box. Finally, it’s high time Cowon adopted gapless playback of MP3 files – it might not affect yours truly, but I’m reliably informed that dance music fans consider it a must.

To balance its lack of features in some areas, the O2 supports ad-hoc playlist creation during playback, Cowon does include a useful dedicated AC charger, and the O2 earns extra points in my eyes by utilising a standard mini-USB connector rather than a proprietary cable. You’ll find it hidden with the SDHC slot under a hinged flap on the O2’s left-hand side. In fact, the only things you’ll find sticking out of the O2’s durable-feeling matt plastic casing is a volume rocker on the top and a dual-mode power/hold switch on the right hand side. Simple, unfussy and solid – that’s the O2 all over.


Battery life appears to be a case of swings and roundabouts. On the one hand, the Cowon’s eight hours of video playback is pretty good for a device of this size. On the other hand, 18 hours of audio playback is fairly average when even the iPod touch will do nearly double that. Still, you can always take the charger with you on the road. 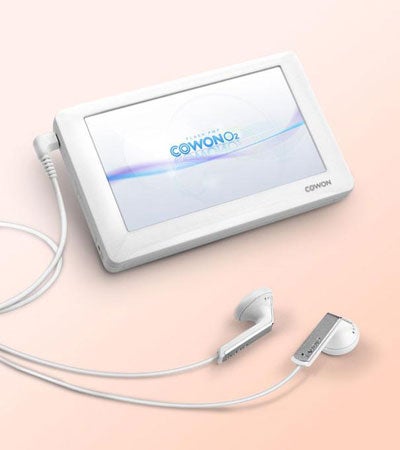 All things considered, the O2 isn’t going to suit everyone; despite Cowon’s claims that it’s a player you can take everywhere, all the time, I’d find it a bit big and heavy for everyday use. As a take anywhere device for watching video and listening to music on the move, however, it’s an excellent option, partly because you don’t need to spend hours converting files before you head off (providing your library isn’t all HD, of course).


Sure, it doesn’t have the WiFi or Web and email features of rival products, and I wish Cowon would take a look at ease of use, but the O2 offers a decent capacity and expandability at a very reasonable price. I wouldn’t want one as my only PMP, but pair it with something smaller, cheaper and lighter, and you’d have an excellent team.


The Cowon O2 is a strong and versatile PMP with excellent file format support. It’s short of advanced features and the GUI could do with some work, but if you have a large digital media library that you’d like to take on the move, it’s a very good option.