Fighting against the might of Apple isn’t easy, but unlike the now-defunct MP3 player manufacturers that did the rounds in the early 2000s, Cowon soldiers on. The J3, is remeniscent of a cross between an old-style iPod nano and an iPod touch. It retails for around £155 making the 8GB model cheaper than the 8GB iPod touch. But without the App Store to rely on, it’s also a much less flexible device. Like most Cowon devices though, sound quality is on its side. 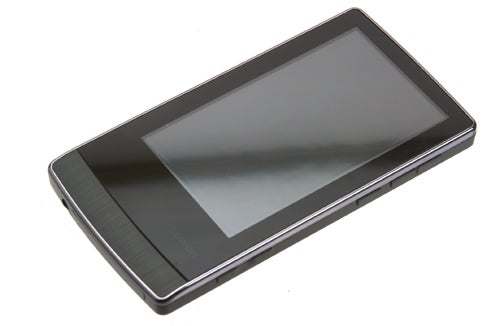 The Cowon J3 is a plastic-bodied player, and our first impression on picking up the device was how light and insubstantial it feels. With a 3.3in screen and generous bezel it’s not a tiny device, but it weighs just 76g – significantly less than the Apple iPod touch’s 101g. After this initial shock, you realise that there’s nothing wrong with the build of this MP3 player, but if you like your gadgets reassuringly hefty, you may be disappointed.


The screen is equipped with an extremely responsive capacitive touchscreen but Cowon has sensibly included some hardware buttons on the player’s side. On the right side of the player are track change buttons, a pause/play button and volume controls. These are contoured differently to let you operate them from within a pocket.

The power button is on the other side of the player and also doubles as a touchscreen lock. There’s no way to disable the hardware buttons.


The headphone jack sits on the J3’s bottom, so you have to plunge it into a pocket head-first which is actually the most intuitive method to our minds.This bottom edge is also home to a flap hiding the microSD slot, allowing for expandable storage, and proprietary dock connector, used for transferring files and as a video output. There’s no video output cable included in the package though, so you’ll have to fork out for an additional cable if this feature is of interest.


All you get bundled with the player are a USB cable and a pair of iAudio earphones. They offer sound quality superior to that of most bundled buds, with plenty of bass and a detailed, slightly compressed-sounding signature but we can’t imagine many people buying Cowon are planning on making do with bundled earphones.

As an audiophile player, we’re not surprised to see FLAC lossless codec support feature alongside MP3, WAV and OGG, but codec compatibility is much less impressive on the video side, limited to MPEG 1/2/3 and WMA. Video-playing is a fringe benefit of the Cowon J3 though – while the screen uses a high-quality AMOLED display, at 3.3in it’s arguably too small to comfortably watch video on for more than a few minutes.


There’s also an FM radio, which you can record from directly with a simple button press. These files are then saved within the player’s internal memory, and can be played-back from within the music player interface.

Cowon has survived through the rise of the iPod, iPhone and Android devices thanks to its focus on sound quality – what the manufacturer is now primarily known for among the audio nut crowd. However, it hasn’t entirely ignored the additional lures offered by its smartphone-OS rivals. 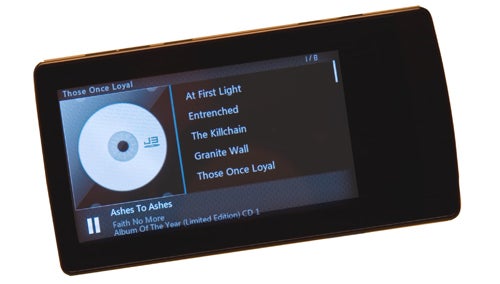 The Cowon J3 lets you pick from three different interface types. One is a simple grid menu of icons, the second is an iPod-style scrolling menu and the third offers a series of home screens that you can customise with shortcuts and widgets.


The widget library includes an alarm, a couple of clocks, a battery indicator, memo pad and calendar – there are 11 in total. On top of this are 15 shortcuts to player functions, a figure inflated by the inclusion of a game, calculator, stopwatch, notepad and comic reader.


These additional features feel like superfluous gimmicks, and largely are when there’s no way to expand your app library. It doesn’t help that the included apps are very basic – much worse than the additional organiser and gaming functionality included in an iPod Classic, which tend to get ignored. However, those without a smartphone already glued to their hips may find some of these flimsy add-ons useful.


Navigation of your music library isn’t entirely intuitive, and the touchscreen navigation buttons can leave you running around in circles, but as there are only a couple of layers to the player’s OS it won’t take too long to conquer this learning curve. Even when you are confused and a tad frustrated by the oddities of the J3’s approach to a media player interface, you can at least be confused and frustrated at speed – the capacitive touchscreen is highly responsive and there’s no significant lag when scrolling through menus. The capacitive screen supports multi-touch too, enabling the pinch-to-zoom feature when looking at photos. 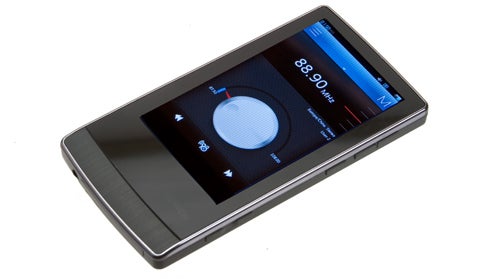 Most users may end up ignoring the built-in apps of the Cowon J3, but its audio recording capabilities deserve more attention. Aside from recording the FM radio signal, you can also harvest sound from the microphone that sits on the device’s back, or using a line-in cable. Like the video-out cable, this is an optional extra, unfortunately.


The Recorder app offers control over the quality of recordings, with six settings spanning between 32kbps and 256kbps, and is operated with two large buttons. It’s much simpler than navigating around the music library, and while it’s a niche feature it’s one we thoroughly approve of.

Looking at build quality and interface alone, the Cowon seems like an under-performing also-ran. Next to an iPod Touch, Sony E845 or Creative Zen Style, it seems either poorly designed or horribly expensive, but it beats them all in the sound quality stakes. 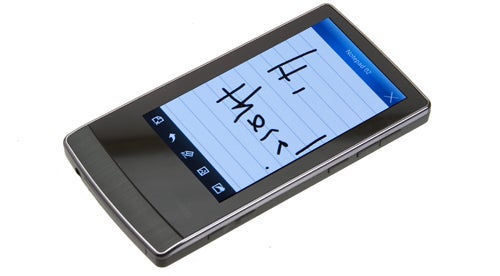 What seals the deal though, making the Cowon J3 a worthwhile buy for audio enthusiasts, in spite of the faulty interface and high price tag, is the JetEffect 3.0 engine. It boasts an array of ways to tweak the sound, and far outclasses the efforts from better-known brands.


The 5-band EQ wins top billing. Each band has four different frequency settings, letting you customise the audio landscape from 80Hz up to 13kHz. With 25 gradations of strength and control over whether the band’s narrow, wide or “normal”, this EQ is incredibly flexible. It’s also very good.


You can make your music sound terrible using this EQ, but it doesn’t cause distortion even if you apply ridiculous, unbalanced settings. With our test iPod Classic, even applying a simple bass boost was enough to introduce occasional distortion – not so here.


JetEffect 3.0 also includes BBE and Mach3Bass extension. BBE adds detail and presence to the top-end without creating additional harshness or sibilance, while Mach3Bass is a simpler bass boost, which can cause booming if over-egged. Both can produce good results if used sparingly though. Also on the list is 3D surround, which messes with channels to give the impression of a wider audio field, MP Enhance, Stereo Enhance and Reverb. 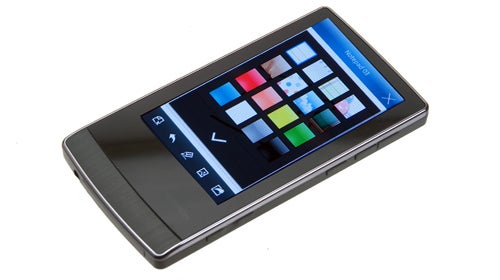 MP Enhance is designed for use with lower-quality MP3 files, and seemingly just ups dynamics a tad, Stereo Enhance presumably seeks to widen the stereo image but seemed to have little effect while Reverb does what’s written on the tin. We can’t imagine many audio experts wanting to add reverb to their music, but it could be used to soften the sound of recordings made using the built-in mic.


There are four customisable JetEffect 3.0 slots, so you could program ones for different types of music/speech, while the Cowon J3 also offers three bass-boosting presets. Sound quality and customisation quickly rises to the top as the player’s best feature. 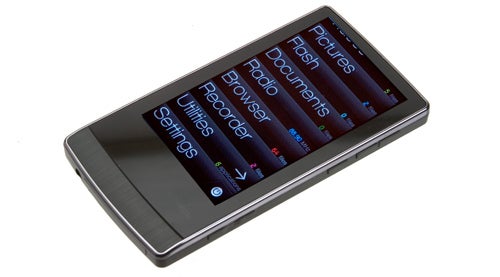 Cowon claims that the J3 will last for up to 64 hours when playing audio, almost double the time quoted for the iPod Classic by Apple. The average user will see significantly less than this though. While battery life was still impressive in our tests, it drained fairly quickly when the screen was active. After a few hours of getting to grips with the navigation system, playing around with its apps and its one game, battery life had dropped to 75 per cent. Expect excellent battery life by all means, but 64 hours in real-life usage is probably not going to happen.


Great sound quality aside, the Cowon J3’s price is a sticking point. The 16GB of the Sony a845 is available for £30 less, and the iPod Touch 8GB is just £30 more. You need to care a lot about the sound quality benefits of this player for the sacrifices in usability and tangential app functionality to be worthwhile.