Let’s face it, Cowon’s timing could have been better. Here the company has a credible rival to the iPod touch and the sort of media player that audiophiles openly salivate over, but it only gets it into the UK about a week before Christmas. Still, if your loved one didn’t pick one up as a last minute present, then this might be a good time to dig out any Christmas present money and buy a little something for yourself. This isn’t the ultimate PMP, but if you’re more swayed by audio playback quality than anything else, it’s certainly one you ought to look at.


And take a good look at it, because the physical design is a thing of beauty. In the US they’re calling this one the Curve, and a quick glance at the sweeping lines of the back should be enough to tell you why. The S9 is smaller and lighter than you might expect, being only 2.2in wide and 4.17in high and weighing in at less than 80g, all of which makes it slightly more pocket friendly than the iPod Touch. Despite this, its primarily metallic casing gives it a really durable feel. You’ll want a case for the S9 just to protect its screen, but if you didn’t get one it would still take care of itself. 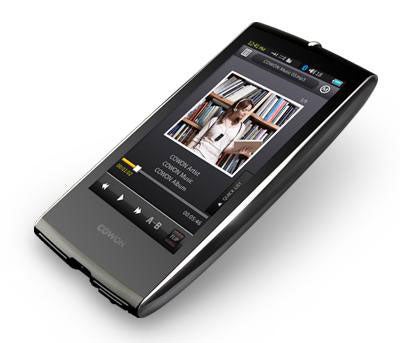 The screen itself is easily the S9’s most notable feature, with external controls restricted to a dual function power/hold switch at the bottom, fast forward/rewind and volume rockers at the top and a slightly weird grey pause/play control between them. Even the USB connection is squirreled away, residing under a pull-out plastic flap next to the power/hold switch. If you want sleek, stripped-back and stylish, it doesn’t get much more so than this, making this one of the most desirable PMPs to emerge from anywhere outside of Cupertino.


The S9 looks great when lying inert, but even better once you switch the power on. The 3.3in, 16:9 format AMOLED screen is a beauty. The resolution – 480 x 272 – is the same as that of the PSP, and with support for up to 16 million colours it doesn’t suffer from a restricted palette, either. Whether you’re looking at snaps in the photo viewer or watching Xvid or WMV movies, the image is bright, crisp and full of detail, and the size hits a fine compromise between keeping the device small and giving you something you can actually watch for a reasonable length of time.

Video motion is fluid and I could happily watch an episode of Lost or 24 on the S9 – particularly as the sound is fantastic – and I might even be able to stretch to a movie. I could also say the same about the iPod touch, but not about many other PMPs that I’ve seen recently. The one disappointment is that it doesn’t seem to work with downloaded iPlayer WMV files, refusing programmes that were subsequently accepted by the Samsung YP-Q1 sitting by my desk. 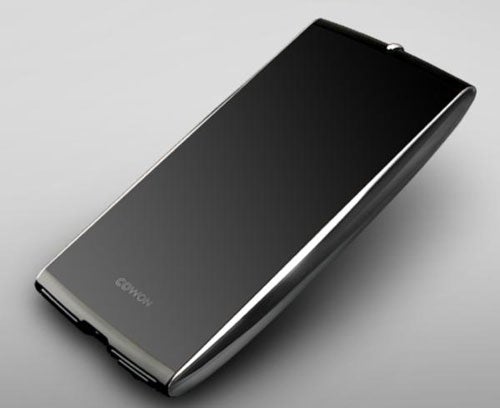 Cowon’s touchscreen-driven, flash-based GUI also helps maintain the style. There’s nothing as brilliant as multi-touch, but clear icons take you from the main screen to the major functions and it’s easy to navigate between video or audio tracks and change the myriad available settings. You can browse by ID tags or folders, rapidly add tracks as you listen to a list of favourites, set bookmarks within particular tracks and flick between related tracks using a handy pop-out quicklist.


The S9’s, erm, homage to CoverFlow isn’t quite as elegant or precise as Apple’s – an accelerometer in the unit means that the S9’s screen switches to landscape format when you rotate it through 90 degrees, but that switch it rather sluggish and there’s a huge lag between touching the screen and anything happening. However, it looks the part, and the zoom slider, which can also enlarge text in list-style views, works well. All in all, it’s a slick interface that gives the S9 exactly the right cutting-edge feel, and my only real grumbles would be that a) some of the icons aren’t all that intuitive and b) it’s not initially that easy to work out how to get back from the currently playing track to the list of albums in the library without going to the home screen and the browser first. Eventually I worked out I could do it by flicking between views using an icon in the top-left of the screen.

The S9 certainly packs in more features than your average pocket-sized PMP. On top of video and music playback we get a photo viewer, voice recorder, FM radio, Flash lite player, text viewer and, under the banner of utilities, a simple calculator. The FM radio is particularly good, with a cool dial-based tuning control and easily configurable presets you can flick through using the fast forward and rewind buttons. What’s more, you can record directly from the radio to 64K up to 256K MP3 files. And that’s not all. The S9 supports A2DP Bluetooth headphones out of the box and will – with optional cables – record from a line-in or output stereo audio and composite video to a TV. Just be warned that the cables may be tricky to get hold of here in the UK.

All of this is great, but the little Cowon really earns its keep when it comes to sound quality. At first, the experience may be a little underwhelming. The bundled earbuds are really quite nasty, producing the sort of sibilant, treble heavy noise that makes you think the iPod buds aren’t really that bad after all. On the default EQ setting the player sounds weedy, and when you try to change it you discover the S9 actually suffers from a surfeit of sound modes, offering a grand total of 26 presets plus four user EQ and environmental settings at a rough count. Several of these relate to the unit’s employment of the BBE+ sound processing technology, and while it’s clear that these enhance the sound, it’s not always clear exactly how or what they’ll do without giving them a try. 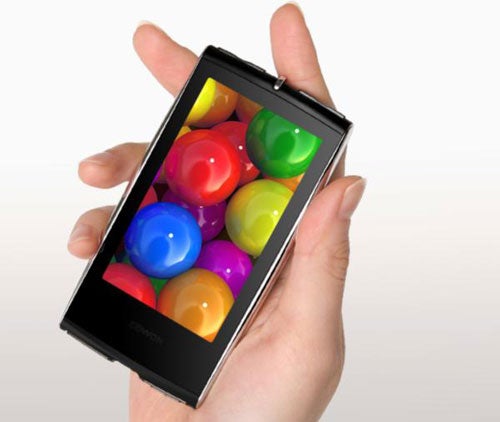 On the other hand, this makes the S9 a real EQ fiddler’s delight, and with a little experimentation and a good set of earbuds like the Denons I usually use for reference, it’s not too hard to get a great sound. And when I say great, I mean great. The S9 can do superb clarity, making complex, heavily orchestrated music work, but it can also do warmth and depth of tone, not to mention an awful lot of bass. The Act 1 prelude from Wagner’s Tristan and Isolde frightens many MP3 players, but through the S9 with suitable settings it sounds vibrant, rich and clear. The big beats in Stronger, from Kanye West’s Graduation, sound tight and beefy, the vocals and synths layering over the top with just the right sense of urgency.


You can push the bass a bit too far if you pick the wrong EQ, but get it right and you can have a powerful bottom end without sacrificing mid-range warmth or high-end detail. Use Sex on Fire from Kings of Leon’s Only by the Night proved that the S9 could also handle something rockier, the rhythm section propelling the track forward with a solid throb, while the waves of guitar build and crash dramatically above. Clarity and body are in perfect balance, and if you don’t quite find the sound works for the track in question, there’s always something you can do to fix it.

The S9 already sits up there with the Sony NWZ-S639F as one of the best sounding MP3 players of the moment, but it edges ahead by supporting two formats – FLAC and OGG Vorbis – that the Sony doesn’t. Now, we all know that on a noisy train or city street it’s pretty hard to tell the difference between FLAC and a high-bit rate MP3 file, but listen to the S9 in quieter surroundings and you can hear the sort of extra tonal detail FLAC brings to the party. Desire, from Talk Talk’s classic Colour of Spring, sounds incredibly rich and complex, yet the beautifully recorded classical instruments, organs and guitars still ring through on a wide but still coherent soundstage Meanwhile, AC/DC’s Back in Black sounds as mean and hungry as it does on CD with a decent pair of cans, that colossal riff done full justice by the S9’s command of the mid-range and bass. 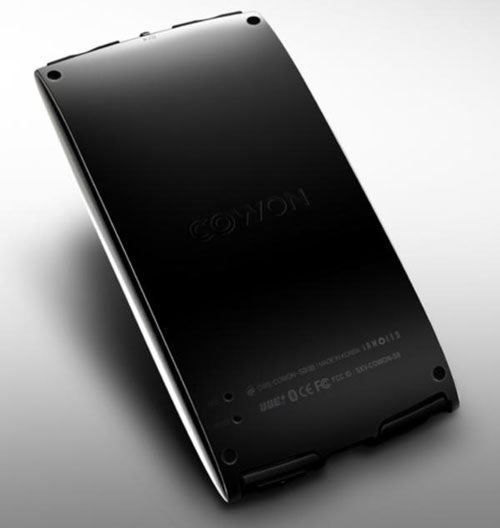 The S9 is without doubt a great player – the hard thing is working out where it sits in the current pecking order. If you’re mostly listening to compressed music on the move and you’re not particularly fussed about video, Sony’s NWZ-S639F is almost half the price for 16GB and easier to get a good sound from straight away. If you want an all-singing, all-dancing PMP with a slightly slicker interface (though no radio) then the iPod touch comes in for similar money to the S9. If however, you want a great sounding, good looking video, audio and radio player that can handle uncompressed music straight from your PC or media tank, then the S9 is probably the best choice out there right now. Just budget for some decent earphones and prepare to put in a little work to get the best results.


The interface isn’t perfect, but the S9 is a truly great sounding player with a stylish design and a comprehensive feature set. Warmly recommended.