FastFlick output options include the usual AVI, MPEG-2, H.264, MPEG-4 and WMV options, with a few presets available all the way up to 4K (for supported formats). Alternatively, there are options to upload directly to the Web, with YouTube, Facebook, Flickr and Vimeo all available, but no control on the format that is actually uploaded.

Overall, FastFlick is quick and simple, but it seems almost like it should be a separately marketed app for beginners, sitting incongruously with the feature richness of the main software. Existing VideoStudio owners would probably never use it, and newcomers might not want to pay for the powerful facilities of VideoStudio itself, if they don’t plan on using them. 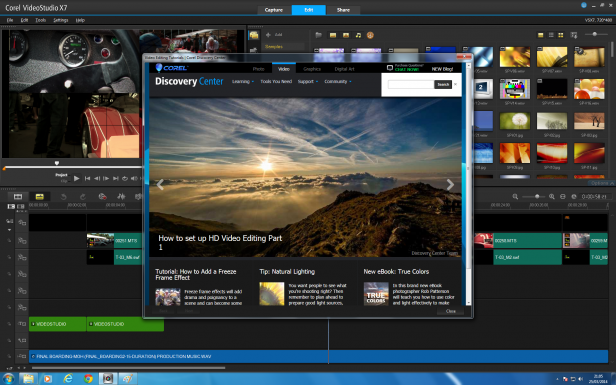 However, Corel has also made an effort to bring the myriad features of VideoStudio more in reach of the new user by redesigning its Help structure. This is hosted online, so can be more readily updated when required. Just putting Help on the menu bar, where it wasn’t before, was a good start. Also online is a whole collection of freely available training videos, which are available in the Discovery Center. These cover things like making a video slideshow and creating a freeze-frame effect. There are also written tutorials if you prefer learning that way.

The interface has also been improved, but the changes are relatively cosmetic. The three-step workflow buttons have been moved up so that they are no longer confusingly alongside the menu but more prominently in the title bar, and Corel has decided you don’t need them numbered to know which order to use them in. Clips on the timeline are more brightly coloured, pulling the look and feel more in line with Windows 8. But the overall layout is essentially the same as VideoStudio X6, so existing users won’t have any trouble getting used to it. 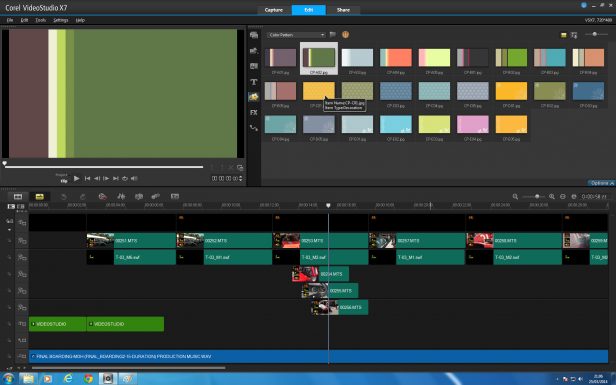 Those are the main enhancements. However, there are some smaller additions. Corel has considerably revamped the graphics libraries, with new templates, frames and objects. Completely new are the backgrounds and colour patterns. These are all available via the Graphic button in the Edit workspace. There’s a new Overlay Transitions category, which are transitions that work well on overlay tracks, although they are all relatively pedestrian 2D wipes.

There’s a 64-bit premium special effects pack, which includes 64-bit versions of NewblueFX, Borris Graffiti, ProDAD Mercalli, Vitascene, RotoPen and HandScript. None of these are new additions, but it’s great that you don’t lose them with the new 64-bit engine. There are a few tweaks with the sharing output option to put it in line with FastFlick. It has the same contemporary flat design and plenty of presets, except here you can define your own custom settings as well. 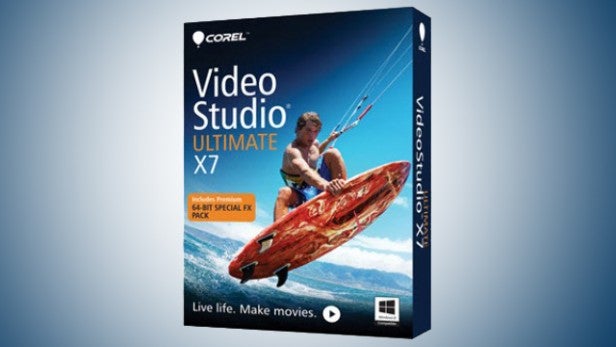 Should I buy Corel VideoStudio X7?

If you are already a VideoStudio user and would like a performance boost, then the upgrade from X5 or X6 will give you noticeably snappier editing, so long as you have a 64-bit version of Windows. But Corel has put most of its eggs in this one basket, and there’s not so much new here if you’re on a 32-bit system, compared to the previous release.

As usual, there are Pro and Ultimate versions, with the latter including the premium effects pack, and costing £79.99 versus the Pro version’s £59.99. The capable effects make Ultimate worth the extra £20.

Corel VideoStudio X7 boasts greatly enhanced 64-bit performance, but this is the main new feature in this update thus limiting its broader appeal.