In the world of photo editing programs, Paint Shop Pro has always been the leading alternative to Adobe Photoshop, for those who are unable or unwilling to afford the hefty price of the market-leading product. Originally launched by Jasc Software in 1992 as a bitmap and vector graphics editor, it has grown to become a powerful photo editing and organising suite with a wide range of powerful functions, many of which rival those of Photoshop. Jasc was taken over in 2004 by Corel Corporation, and the new owners have invested serious development and marketing resources into Paint Shop Pro, adding many new features and promoting the product to take advantage of the growing popularity of digital photography and home photo editing. 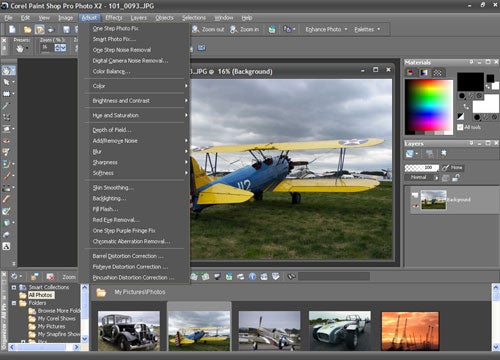 The previous version, Corel Paint Shop Pro Photo XI, was launched in September last year and has proved to be very popular, so just a year later a new version has been launched, named Paint Shop Pro Photo X2. Apart from demonstrating a limited understanding of the Roman numbering system, the latest version introduces several new features, improves some existing ones, and adds an attractive new interface theme.


There has always been a certain element of “keeping up with the Joneses” between Corel and Adobe, so it’s no surprise that some of the new additions mirror features recently added to Photoshop. One of these is HDR Photo Merge, a subject which I covered in a recent tutorial. This is a function that merges together series of two or more photos taken from the same position but at different exposures, in order to produce a composite image with greater shadow and highlight detail than a normal digital camera photograph. It is a feature that was added to Adobe Photoshop with version CS2, launched in early 2006, so Corel has clearly been playing catch-up in this area. Another feature that will be familiar to Photoshop users is Layer Styles, in which filters and effects that are added to a layer can be edited independently within that layer, without having to undo half the image in order to make adjustments to previous changes. Again this is a feature that also appears in Photoshop CS2. 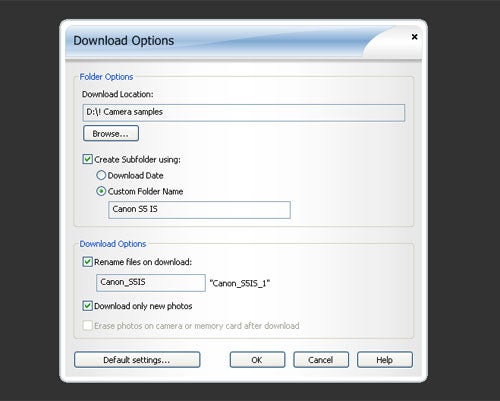 There are several features that are unique to Paint Shop Pro however, and which reflect its more consumer-oriented market. One is the improved photo loader, which will automatically detect when a USB mass storage device such as a digital camera or memory card is connected to your PC, and will prompt you to download image files from that device. Many consumer image editing programs, including most of those supplied with digital cameras, already do this, and most are enormously irritating, automatically loading photographs into the default ‘C:’ drive My Pictures folder, which can be a complete pain if you have multiple hard drives with different drive letters. Fortunately the Paint Shop Pro photo loader is more versatile, allowing the user to specify the folder into which photos are transferred, and also to batch-rename transferred photos automatically with date information or a specific title. It’s the first photo-loading program I’ve seen that I might actually use.

After downloading your photos, editing them has been made somewhat easier with the addition of the Express Lab, a new function that places Paint Shop Pro’s main photo editing tools into a quicker and simpler interface. The tools are just as powerful, but presented in a more accessible way, although it is of course still possible to edit photos in the standard full-option workspace instead. There are several new photo editing tools to choose from, and some existing ones have been improved. There is a new feature called “Thinnify” which is a one-click process to make people in your photos look slimmer, but to be honest it’s a bit of a gimmick, and not a terribly effective one either. It simply applies a distortion to the image, pinching in a vertical strip at the selected point while keeping the overall dimensions of the picture unchanged. Obviously this distortion affects objects in the background as well, which can lead to problems, and it also only works on standing figures. Use it on a seated figure and the subject’s legs become strangely shortened. 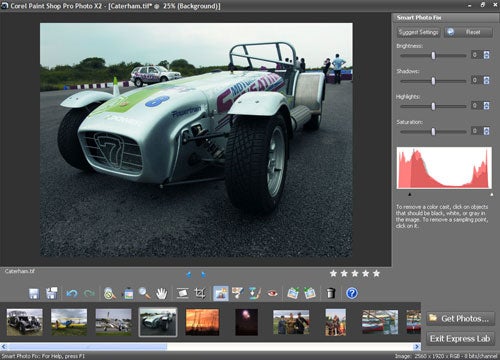 Fortunately other new features are a lot more useful, particularly the new Black & White Film effect, which allows you to add colour filters as you would when using monochrome film, to enhance the contrast and tone of colours within the scene, so you can make clouds stand out against a blue sky, for example. Previously this process would have involved a complicated series of layers and filters, so it is now much simpler. Other improvements include enhanced photo re-touching tools. The blemish removal tool has bee much improved, and now resembles Photoshop’s Spot Healing brush. The Suntan tool has also been improved, and now adds a healthier skin tone to your subjects, rather than turning them orange. It also works a lot better on non-Caucasian skin tones. 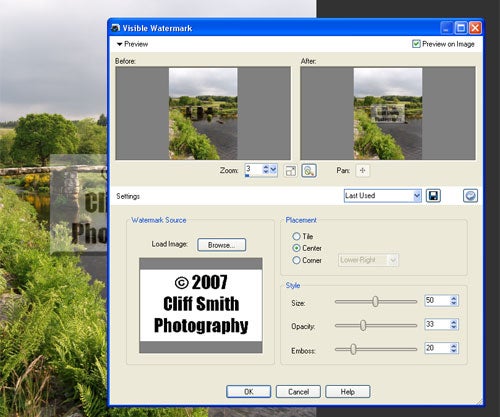 If you regularly post a lot of images on the internet, the new Visible Watermark feature may prove invaluable. I allows you to add a semi-transparent watermark image to your photos to protect them from unauthorised copying. You can use any image file as the watermark, so you can come up with your own copyright logo and attach it to your pictures.


Some users with very large picture collections reported that the Organiser file browser in Paint Shop Pro XI slowed down to the point where it was unusable, but I have found no such problems with X2. I have well over 30,000 photos on my hard drive, and the organiser didn’t slow down at all. In fact I would go as far as to say that it sorted through them marginally quicker than Adobe Bridge, the file browser for Photoshop. However I did find that when processing very large images, such as the 50MB TIFF files that I send to photo libraries, some editing operations did slow down drastically. Photoshop CS3 has no problems with files this size, and I have a very fast Dual-Core PC with 4GB of memory, so it’s not my computer.

Some other features are also either not fully implemented, or don’t work quite as well as one might hope. The one-touch digital camera noise removal function proved to be largely ineffective on high-ISO images, producing only a marginal improvement in noisy images. Additionally PSP X2 can now handle 16-bit image files, but only in a limited manner, and without full 16-bit editing. However to be fair, Paint Shop Pro is not intended for the kind of imaging professional that is likely to need 16-bit editing. That person will undoubtedly use Adobe Photoshop instead, which does support full 16-bit editing. 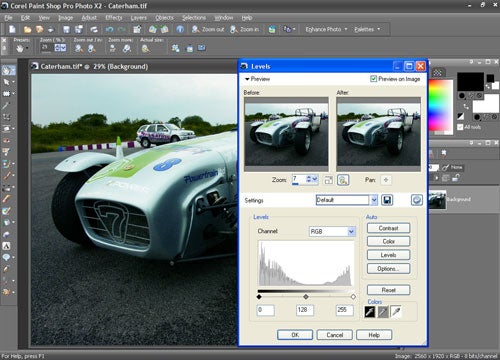 Of course this brings us to Paint Shop Pro’s main feature; its price. The latest version of Adobe Photoshop will cost you anywhere from £500 to £600 depending on where you get it, which is expensive by any standard. However you can buy Paint Shop Pro Photo X2 for around £70, or £80 direct from Corel via the company’s website. Considering that the average home user will probably never use the advanced features that set Photoshop apart, and that Paint Shop Pro does everything you could feasibly want and does it well, it really does look like a much more sensible option for amateur and even semi-pro digital photographers. 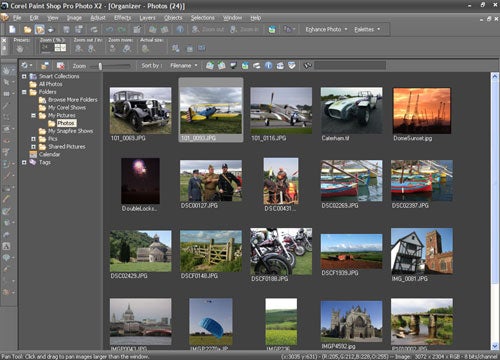 Corel Paint Shop Pro keeps getting better and better, and with the launch of Photo X2 it is now a very close second to the vastly more expensive Adobe Photoshop. It has a large range of advanced features, an attractive and easy-to-follow interface and installs and runs smoothly on medium-spec PCs. Unless you need full 16-bit editing it really is a much better choice.