Backing up has become ammunition for doom-mongerers. Take heed, they say, fail to back-up regularly and all your precious memories will be sucked into a digital vortex, never to be seen again.

Yes, some have a tendency to over-dramatise, but it’s always better to be safe than sorry, as the old cliché goes. Backing-up between different formats complicates things though, especially when you’re reaching back into your old non-digital days. Enter the Compro Video Mate C200 Pro, which will let you save your old video tapes and camcorder footage to a hard disk.

The main hardware of the Compro Video Mate C200 Plus is achingly simple. It’s a USB dongle adorned with a single button and a little LED light. As it’s larger than the average USB stick, Compro includes a USB extension cable in the box, especially useful for use with laptops where the wide body of the dongle might otherwise prohibit using other USB devices alongside.

At the other end of the C200 Plus is a socket that plugs into the supplied A/V interface. This is a cable that offers female stereo audio RCA adaptors plus S-video and Composite video sockets. 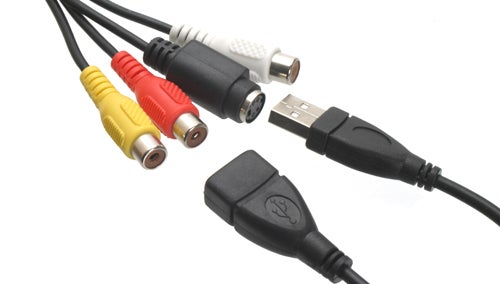 Setting-up the device requires installation of specific drivers using the installed CD, or from the support section of the Compro website, but was otherwise painless. Install the drivers, install the bundled CyberLink PowerDirector 7 DE software and you’re away. We found no hardware or software conflicts in our various test-runs – the stream from the dongle appeared in the preview window of PowerDirector 7 DE without any secondary fiddling required.

This ease of use is one of the main benefits of the C200 Plus. It’s not plug-and-play in its operation, but is free of the setup frustrations we were half-expecting. 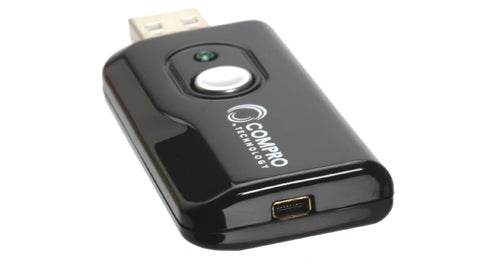 We’re less convinced about the dongle’s build quality. It feels cheap, and while we didn’t subject the C200 Plus to any cruel treatment, we doubt whether it’ll survive as long as the video content you back-up using it – especially with a physical button on-board that may fail.

There’s an element of the suspicion of too-light devices at foot here too though. As the dongle isn’t much more than a pass-through device for a video stream, there’s not a great deal to house within its bod.

The VideoMate C200 Plus is primarily limited by its inputs. Its USB 2.0 output gives it enough bandwidth for higher-quality signals but with only S-video and composite connections available, it’s stuck with SD-quality recordings. 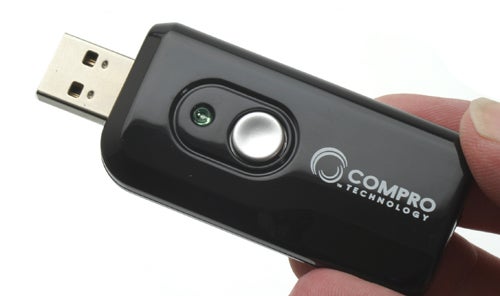 However, if this is a deal-breaking drawback, it’s likely you’re looking for the wrong kind of product anyway. The VideoMate C200 Plus should ideally be used with older-generation devices like non-digital camcorders, VHS players and old games consoles. For more recent video gadgets, there will almost always be a more efficient and effective way to replicate stored data.

The button on the C200 Plus’s USB dongle instantly takes a screengrab, but otherwise the Cyberlink PowerDirector software is used to control video capture. The hardware here is for the most part just an intermediary between your source and the computer software.

With an older, non HD source the C200 Plus supplies good results, with a reliable feed and decent-quality image. During longer recordings, the sync between the video and audio wasn’t perfect but loss of sync generally only happened when other activities were being done at the same time in the background. A less easy-to-forgive annoyance is the inability to switch between 16:9 and 4:3 aspect ratios. With a widescreen source, we had to make do with a squashed image as widescreen capture is not supported here. Take heed of this omission, as it will be a game-ender for some.

Making recordings within Cyberlink PowerDirector 7 DE is easy, with a large record button clearly visible within the software’s Capture tab. From the off, we found the settings were configured as we’d want them, recording in MPEG2 rather than the more compressed DivX option also available within the software. Once a recording is stopped, you’re prompted to specify a name and location (on your hard drive) for the clip.

As long as you’re computer-savvy enough to work out where to click within Cyberlink PowerDirector 7 DE, you’ll be up and running within literally minutes. Less techy types may need to spend a little more time though as the software is a full video editing suite, rather than just a rudimentary capture program. Or at least it would be a full editing suite if the limited DE edition wasn’t supplied here. 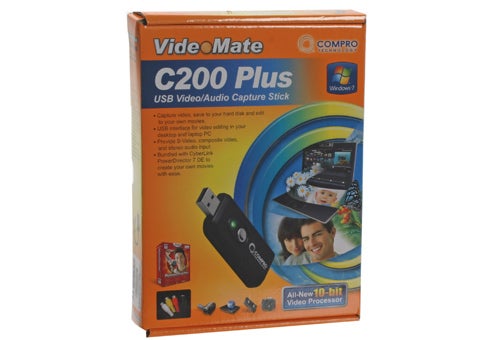 Supplying a limited version doesn’t lose the VideoMate C200 Plus any points though, as the full version of Cyberlink’s PowerDirector software costs more than this whole bundle. With the limited version you can still do some basic editing and author a DVD though, so it’s more than just an advert for the more expensive version’s greater functionality.

We think the Compro VideoMate C200 Plus performs very well given its sub-£30 price tag, but being happy with it does involve some management of expectations. It’s a simple, domestic solution to video archiving and image quality is predictably a little soft thanks to the composite and S-video inputs. As a way to dump some rare old VHS tapes onto a hard drive or keep an old camcorder’s footage with you without worrying about hardware failing, it’s inexpensive, easy-to-use and gets the job done.

The Compro VideoMate C200 Plus is a simple way to get your old camcorder and VHS tapes onto your computer. For hardcore archivists, the 1x speed and limited quality offered by the composite and S-video inputs won’t appeal, but that’s not who this product is designed for. For casually backing-up a few memories, it’s a budget winner.